According to Carl Johannink and Martin Breukers, 55 out of the 856 orbits could be matched to the IAU meteor shower list. More detailed results will be released later.

This report is based on the monthly list of simultaneous meteors provided by the network coordinator Carl Johannink to all CAMS participants. 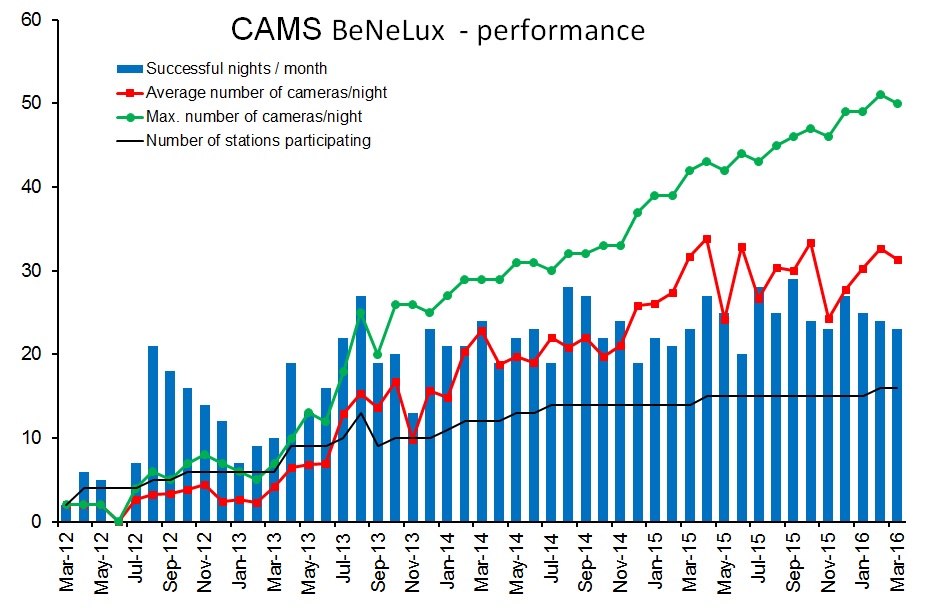 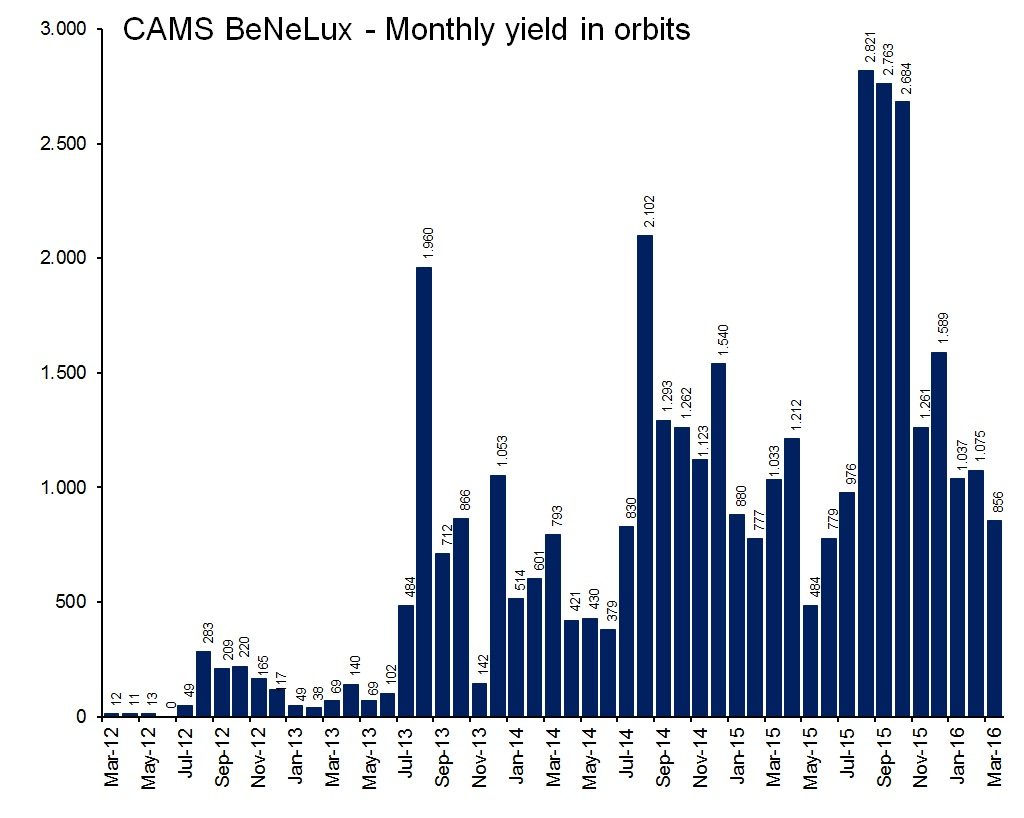 Figure 2 shows the number of orbits collected per month. 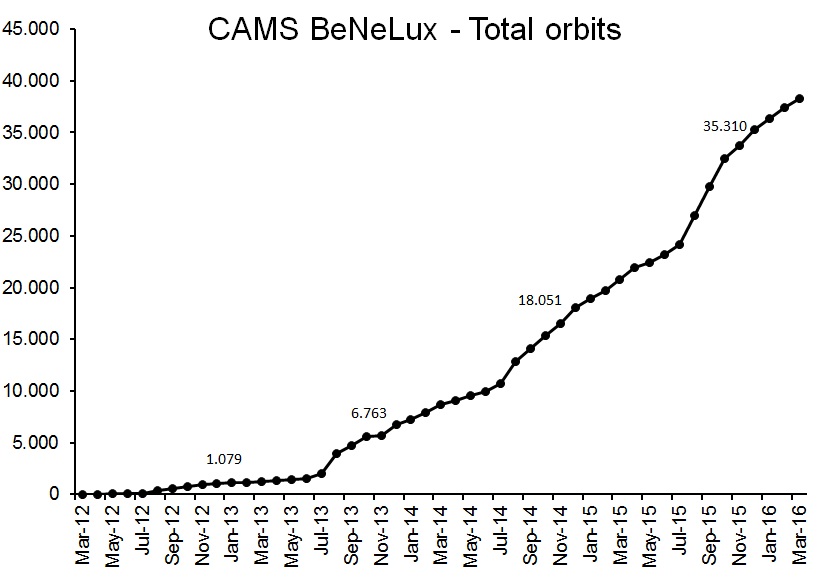 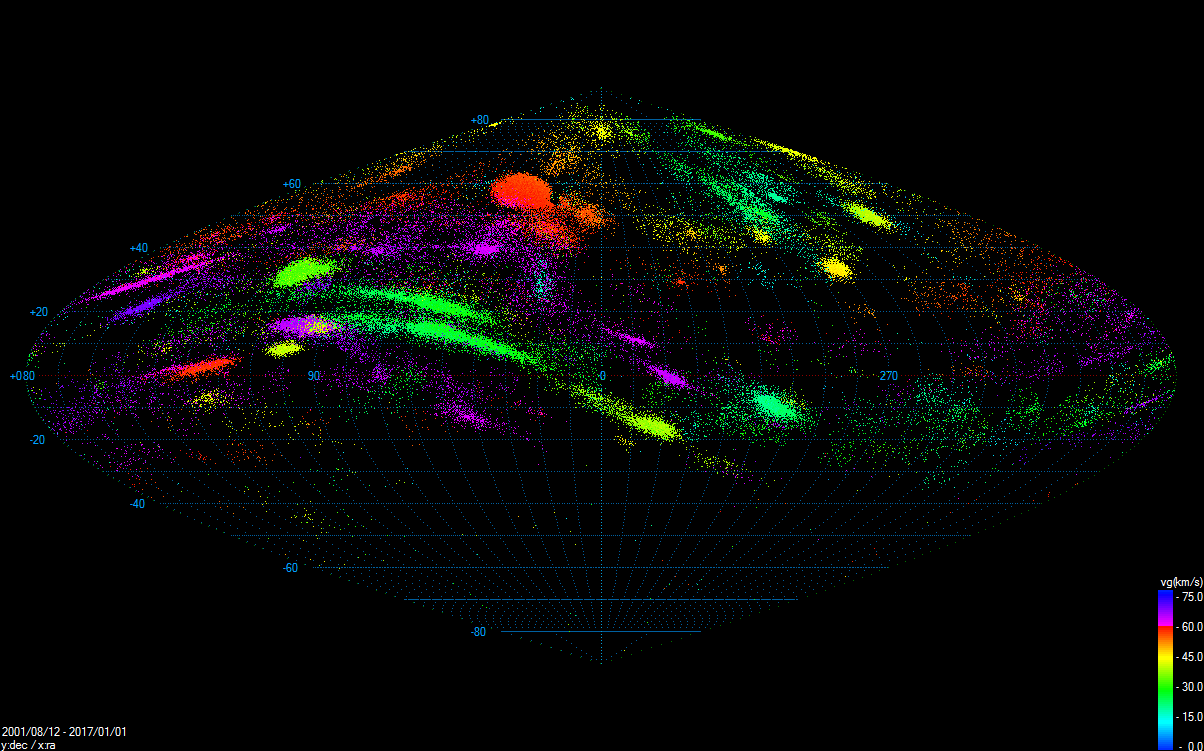 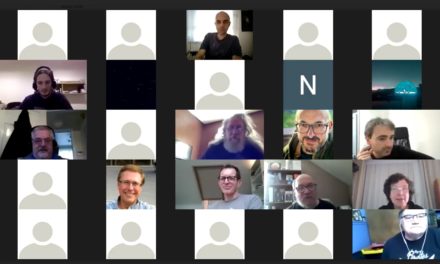