The first hour produced two majestic ETA earthgrazers, both +1, tracking across no less than 90 degrees of sky leaving spreading trains behind them. Each was the kind of meteor you can just sit back and enjoy the show to the fullest!  They alone made the watch worthwhile.  There was a nice burst of sporadic meteors also, that got me up to a respectable count of 13 SPO for the hour.

The second hour, the ETAs noticeably shortened in their average path length and became a bit more numerous, but couldn’t quite make it the that 20 magic number mark. I couldn’t blame twilight interference for it this time, either…;o).  There were a couple of nice bright ones though.

I noticed that Bob Lunsford mentioned in his weekly column that the ETAs were strangely devoid of fireballs and I totally concur with him on that. I don’t recall ever seeing an ETA fireball in all my years of observing them, despite having the good looks at the shower that a lower latitude allows.  They seem remarkably consistent in their brightness both from hour to hour and from year to year – amazing.

The last hour was neatly topped off by a way cool pass of the International Space Station!   It made its usual SW to NE sojourn across virtually the entire sky briefly reaching almost -3 in magnitude!  I was tempted to wave at the astronauts as they went over…;o).  Other than that, the artificial satellite population slacked off this morning from what it had been the last couple.

I must say that I am falling in love this observing site. It is so soothing to hear the constant sound of the breaking surf in the distance and to hear the frequent calls of aquatic birds as they pass by fishing in the inlet behind me.  The occasional puttering of a small fishing boat is heard as Matanzas Inlet is well known and a popular haunt of local human fishermen also.  Back at it in the morning if the weather holds… 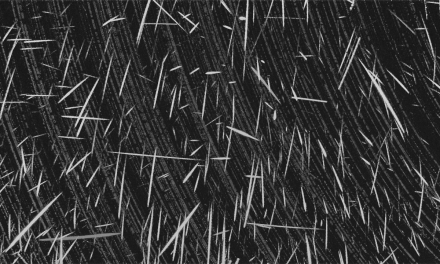