A bright fireball was largely recorded by the new FRIPON network, as it was recorded by 18 video stations (out of more than 60 dispatched all over the French territory), and 2 radio receptors (Orsay and Orléans, that are currently the only ones installed). 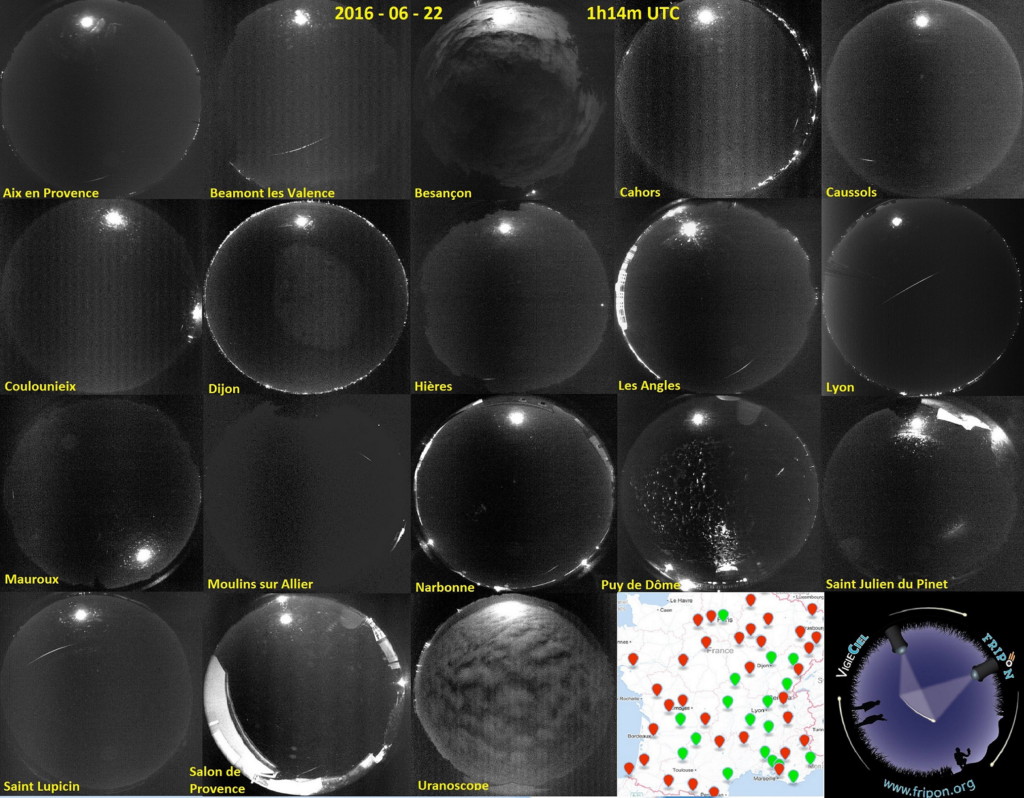 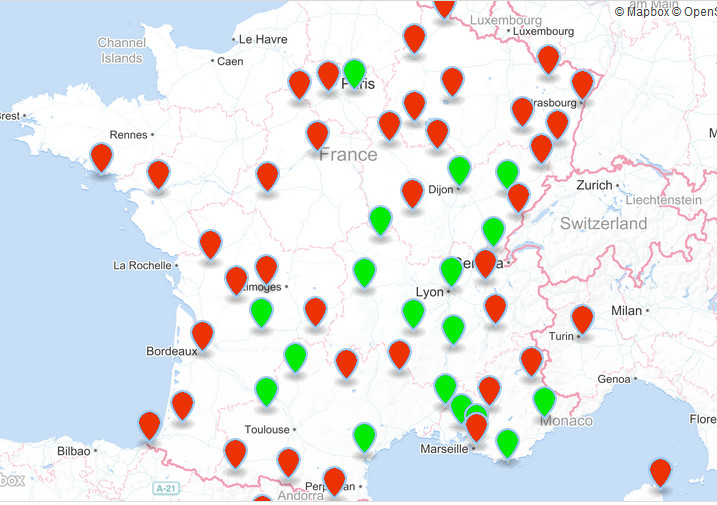 Map of the video stations (in green) that recorded the June 22nd, 01h 14 UT fireball over South-Eastern France. Credit: FRIPON

The fireball appeared on June 22nd, 2016, at 01h14 UT. It was recorded on 2 radio receptors located in Orsay and Orléans. And it was also visually observed by people who reported it on the IMO/AMS fireball report platform. 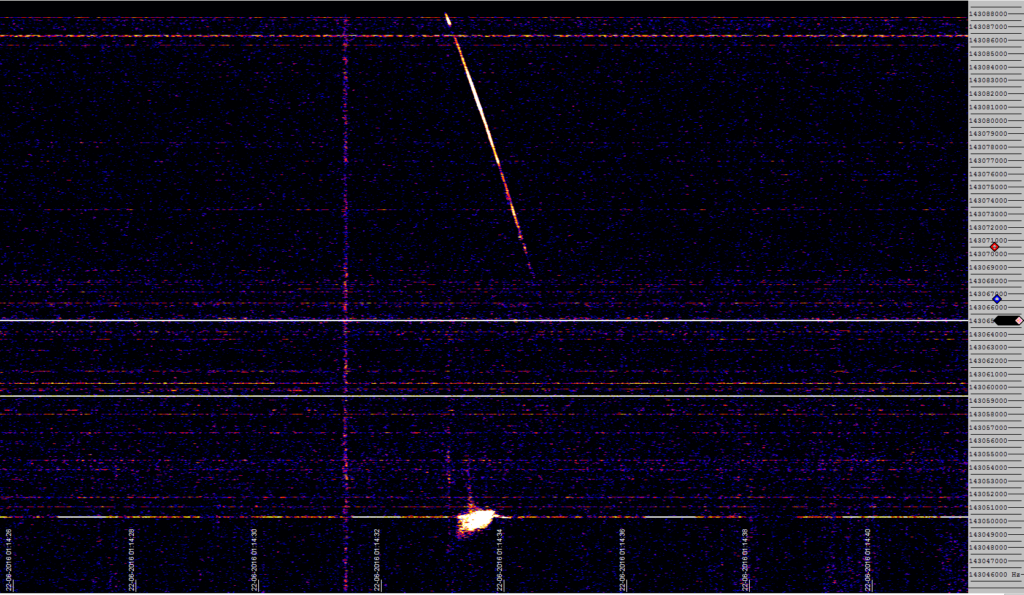 Calculations performed with FRIPON team software indicates that the meteor luminous path started between Chambéry and Grenoble, over the Alps, travelled north-West in N285 azimuth, passing few kilometers South to the vertical of Lyon, to disappear between Roanne and Montbrison. 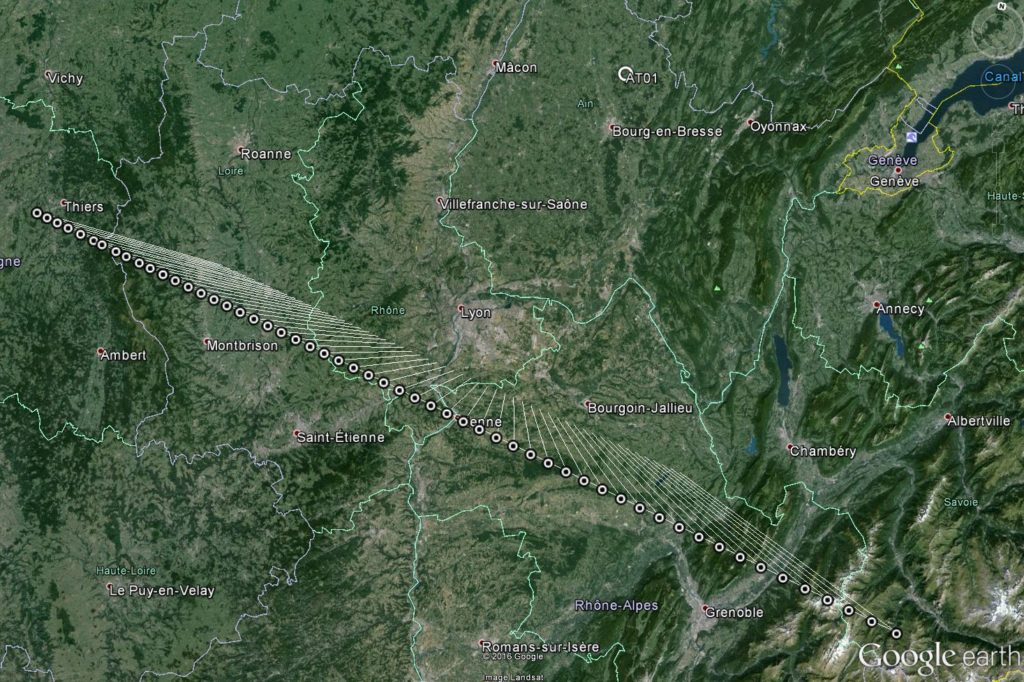 Meteoroid trajectory of the June 22nd, 2016, 01h14 UT fireball calculated by FRIPON team from the 18 video records made by the network. Credit: FRIPON 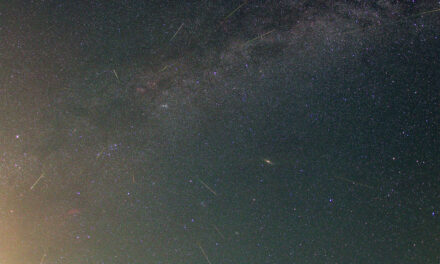