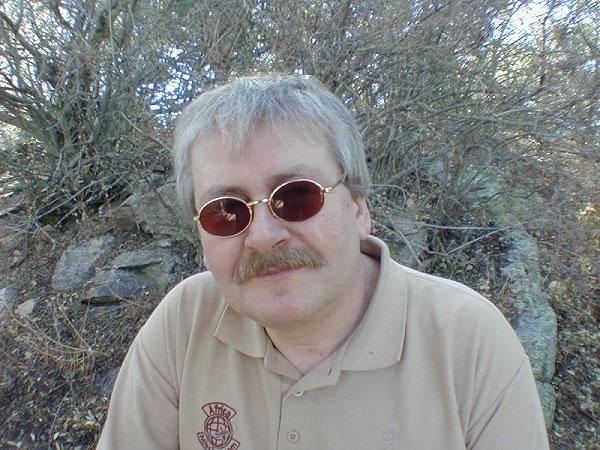 It was a sad day and a great shock when the editors of eRadiant heard about the sudden death of their colleague editor, the Dutch comet and meteor observer Peter Bus. Peter passed away on June 25, 2016. Peter was an important member of the editorial board and was very interested in meteor work aside from his great passion for comets. At the start of his career, Peter used to do visual observations from the J. C. Kapteyn Observatory near Roden, the Netherlands, Together with other famous Dutch amateur astronomers such as Reinder Bouma, Georg Comello and Henk Feijth (†1997). Peter started with systematic forward scatter radio observations in the 1990s. He wrote many articles about his radio observations in eRadiant. Further he took care of observing calls for comets brighter than magnitude +8. The last few years this had all become a bit less due to his deteriorating health.

Peter was also very much appreciated among amateurs for his feedback. Whenever one asked him to check a paper, there was no doubt that he would reply with very valuable remarks and recommendations which improved the article to a higher level. He had also a great knowledge of the literature in the domain of comets and meteor work.

The author could participate a few times together with Peter in the famous Leonid expeditions of the Dutch Meteor Society in 1998 (Sino Dutch Leonid expedition), 2002 (Portugal), 2003 (Portugal) and 2006 (Spain). I keep very pleasant memories of the long discussions about observing work for meteors and comets. The qualities of Peter as an observer were outstanding. I recall two important memories I keep about Peter. With the Leonids 2002 we were observing together with Jaap van ‘t Leven and Olga van Mil in Moncarapacho in South Portugal. The weather was rather unstable with rapidly changing skies, with cumulus and cirrus clouds, mixed with moonlight, mist and lightening. I just watched for fun as the circumstances were too variable. However, Peter was observing standing, during short intervals. Once he had transferred his data into ZHRs, his ZHR values fitted very well with these of the IMO. That was a very instructive experience for me with my 23 years of experience as observer at that time. In 2006 Peter observed the Leonids with a binocular and this data has been used in an article of Peter Jenniskens (2008).

The sudden decease of Peter Bus is a great loss for the editorial board of eRadiant. We will miss his input very much. Rest in peace Peter Bus.