On August 2 – CBAT telegram No. 4292 reported the analysis of the video data made by Peter Jenniskens of the SETI Institute for the night of 28-29 July. In this analysis he described a strong shower activity related to the Gamma Draconids (IAU 184 GDR) observed by cameras in the Netherlands and Belgium without reporting, however, the hourly rate.

In the same telegram, Peter Brown of the Canadian Meteor Orbit Radar noted this intense activity lasting about two hours centered on midnight on 28 July and with a visual ZHR of about 50 meteors per hour

The hourly chart shows a peak of increased activity on 28 July at midnight, about four hours before the predicted peak time. 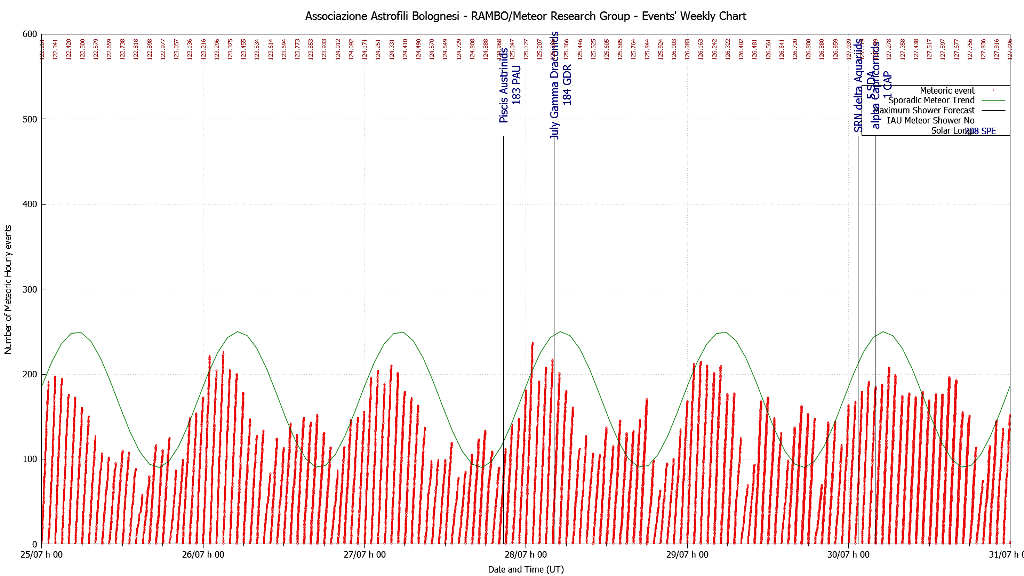