There several just spectacular bright PERs shooting out in all directions and many of them were long-pathed and colorful!  The well known PER clumping effect was noted big time this morning also as several minute lulls in activity were followed by furious spurts of 4 or 5 PERs in quick succession.  A couple of really nice ERIs graced the second hour as well!

At the end of the second hour, I kept on observing, digging deeply into astronomical twilight on what we used to call “bolide patrol”; that is, searching the gathering twilight for Perseid fireballs that seem to have a habit of popping into the twilight skies.  I didn’t catch any this morning, but I did catch an additional 20 PERs this way with a lovely -1 in 30 minutes from 0525 – 0555 EDT.  It was mostly casual observing, but fun to see if I could “catch a big one”…;o).  Maybe in the morning…

Looks good here for the max… all fingers are crossed! 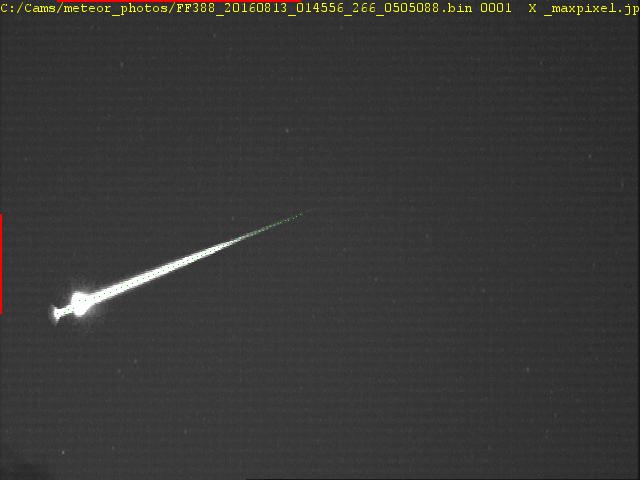