Greetings all,
Despite that pesky low pressure system hovering around in the northern Gulf of Mexico like a big wet helicopter, we continue to defy the odds by having some beautiful clear mornings to check out the PERs!  Bot Brenda Branchett and I managed another great hour under the stars.
This morning it did get a bit more dicey for us however, as I was only able to get in one good hour due to lingering clouds.  I got down to Matanzas Inlet at about 0330 EDT and the sky was mostly clear.  I settled in and before long, I had bagged a -1 PER and then a 0 magnitude PER right behind it!  I was stoked for a great watch… but then…the clouds multiplied out of nowhere and the meteors promptly stopped.
It took almost a full hour for the clouds to drain away, but they finally did and the PERs kicked right back in where they had left off!  I finished the second hour with 38 PERs plus 21 others for a total of 59 meteors – almost one a minute!  Brenda had a great hour too.
Here’s my results:
CAP – alpha Capricornids
ERI – eta Eridanids
ANT – Anthelions
PER – Perseids
SDA: South delta Aquariids
PAU – Piscids Austrinids
NDA: North delta Aquariids
KCG: kappa Cygnids
BPE – beta Perseids

Time:  4:15-5:15 a.m.
Sky Conditions: 4.5 mag visible.  Had cloud passing overhead for about 15 minutes.
Visible Sky:  50-70 percent
Perseids — 33
Sporadic — 5
KCG — 1
SDA –1
ERI — 1
Total — 41
Satellites — 7 with Hubble
I had a minus 1, minus 2 and minus 3 Perseid leaving at least 20 degree trains. A few first magnitude, 2nd and 3rd visible when sky was clear.
I also had a total of four meteors that looked identical to each other streak north out of central Cetus, the Whale during the hour.  They were obviously not ERIs, but seemed to come from a common radiant.  I logged them as sporadics, it will be interesting to see what the CAMS folks from around the world picked up on their cameras this morning!
As I type this report it is raining and has been for quite awhile.  Here’s hoping it will magically clear off after midnight once again, the “gittin” is gittin really good up there!
More later, Paul J in North Florida 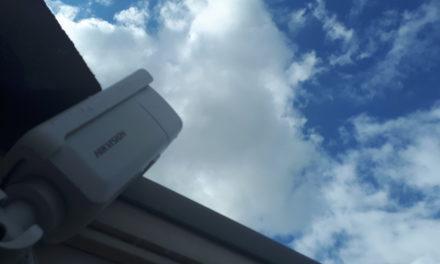