The CAMS_BeNeLux network catched the activity of the September Perseids right from the start on September 6th.

Figure 1a/b shows the radiants of simultaneously observed meteors by our team in that part of the sky between Sep 1-5 (Fig. 1a) and the night Sep 6/7 (Fig. 1b).

To exclude the sporadic source, which is very active this time of year, I plotted Figure 1b once again, but radiants colored in groups of same inclination : see Figure 1c. 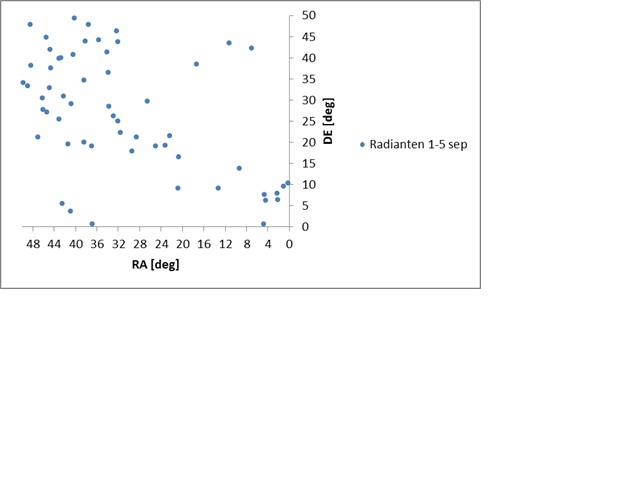 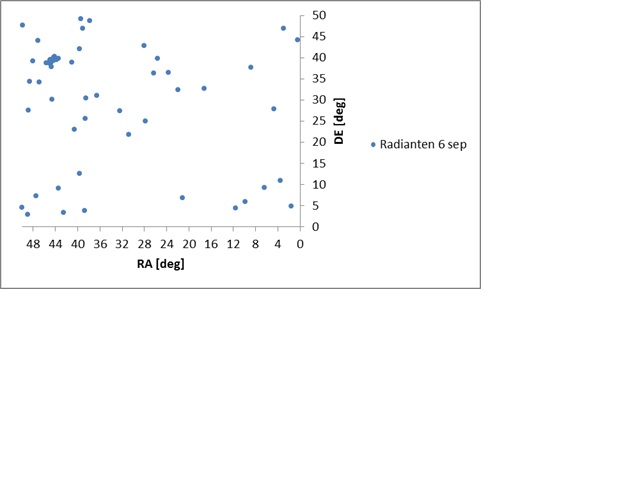 Fig 1b: radiantpositions in the same part of the sky on Sep 6/7

So there is no doubt that the meteors appearing from ~ RA=45 deg and DE=40 deg, are indeed September Perseids.

I want to thank all participants in the CAMS_BeNeLux network for the quick reduction of their data.