Nearly all participants in the CAMS BeNeLux network had clear skies during the night October 22/23.

More than 300 meteors were captured simultaneously that night.

Besides the well-known Taurids, Orionids and Leo Minorids, we observed some other minor showers (see figure 1). 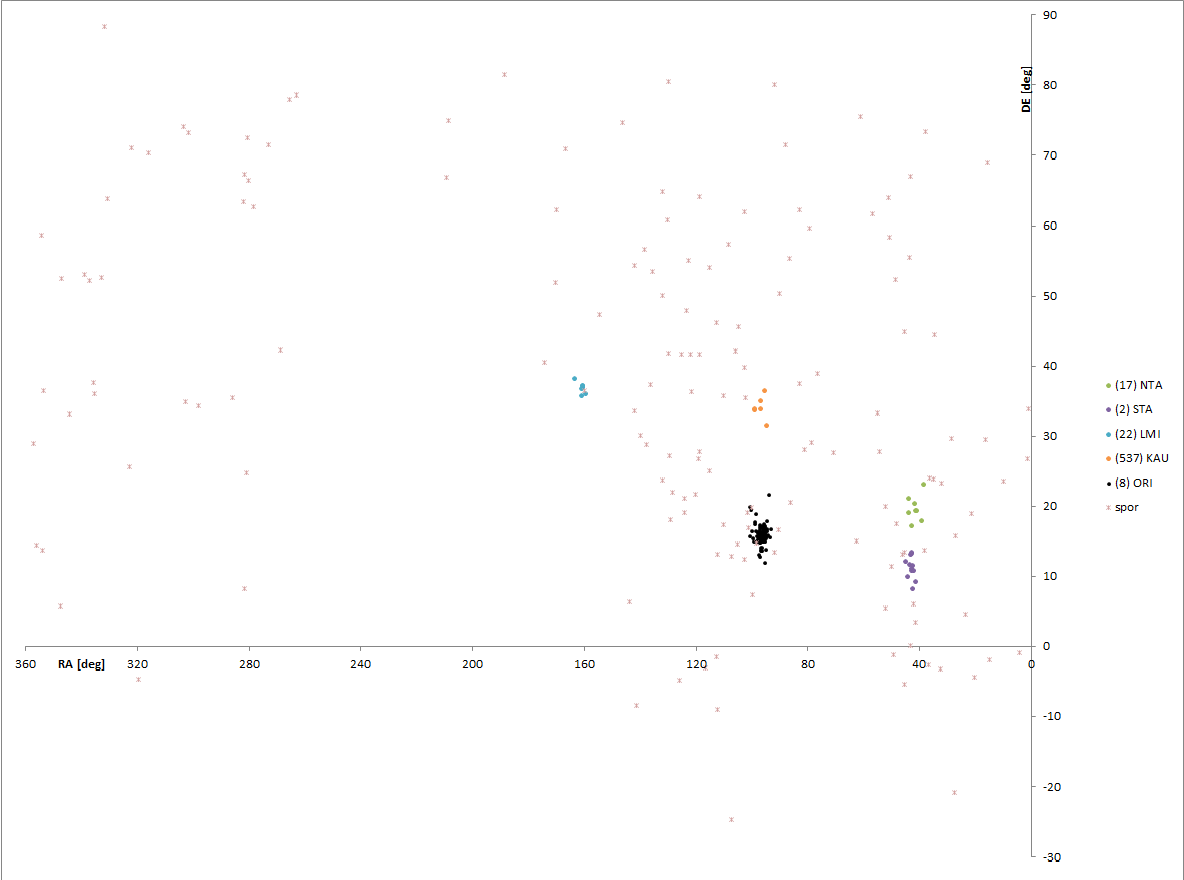 Outstanding of course were the Orionids, as can be seen in figure 1 and in detail in figure 2 (with errors in radiant position shown). 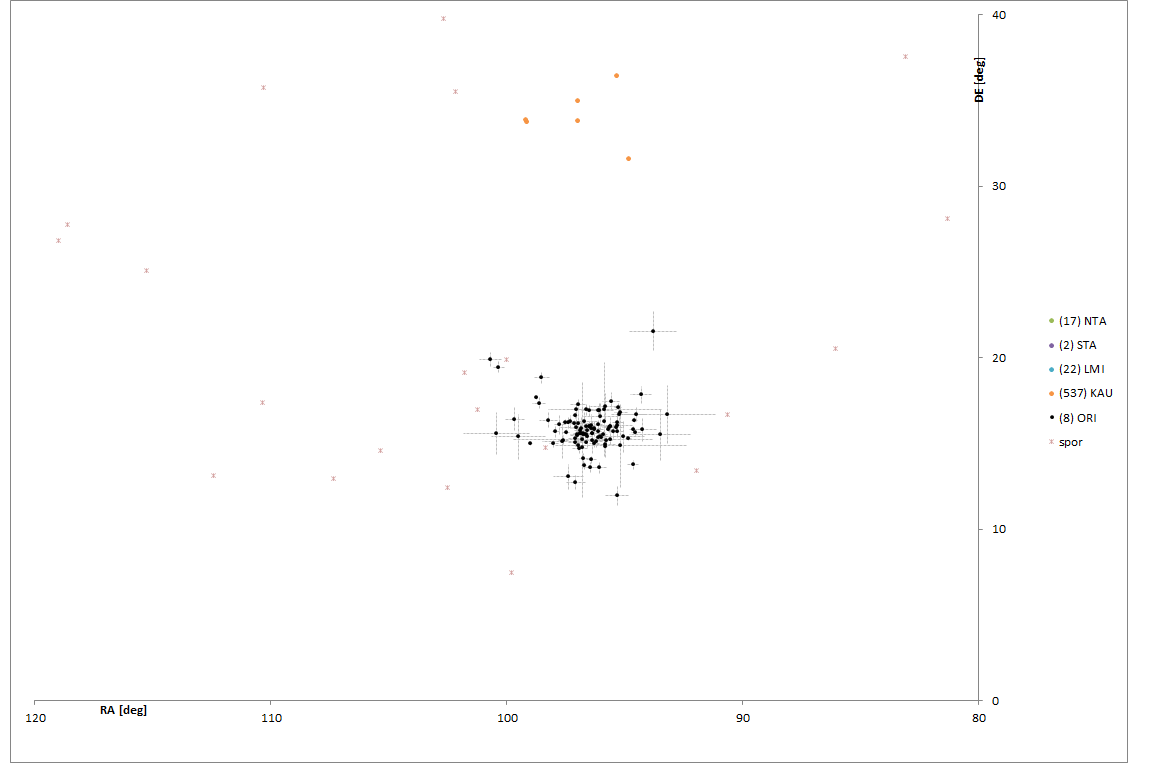 Radio Meteor Observations in the World: Monthly Report for May 2017