Stabbing the Dragon with some enhanced activity 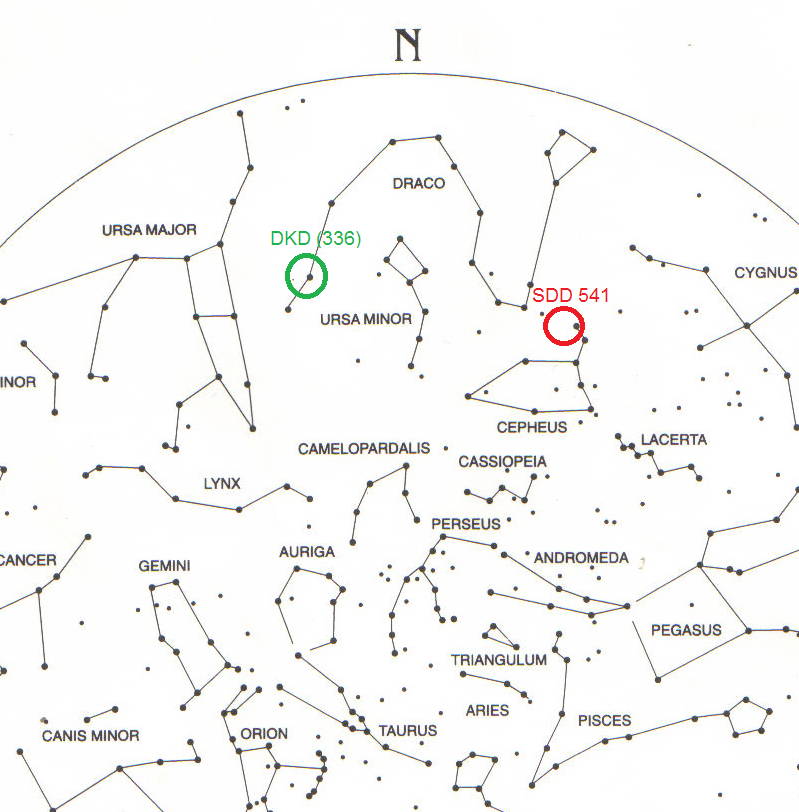 The night December 2/3 was clear in the BeNeLux. This was a good opportunity to check whether CAMS BeNeLux could confirm the forecast for enhanced activity of the 66-Draconids meteor shower (Antier, 2016).  According to dynamical modeling results for 2016 by Jérémie Vaubaillon, the 66-Draconids meteor shower might show some enhanced activity on December 2nd (around 21h30m UT) and December 3rd (around 07h00m UT).  The theoritical radiant would be located at RA = 310°, Dec. = +64° position, which is between Draco and Cepheus. So the radiant would be circumpolar for our latitudes.

In the morning the data for this night from Klaas Jobse (Oostkapelle), Jos Nijland (Benningbroek) and Carl Johannink (Gronau) were the first available, so we checked whether the radiantpositions for simultaneously captured meteors agreed with the theoretical radiant.  Unfortunately, this was not the case. However some meteors appeared to have a radiant at another position in Draco, but the number of simultaneous meteors (at that moment 3) was too low for a definite conclusion. 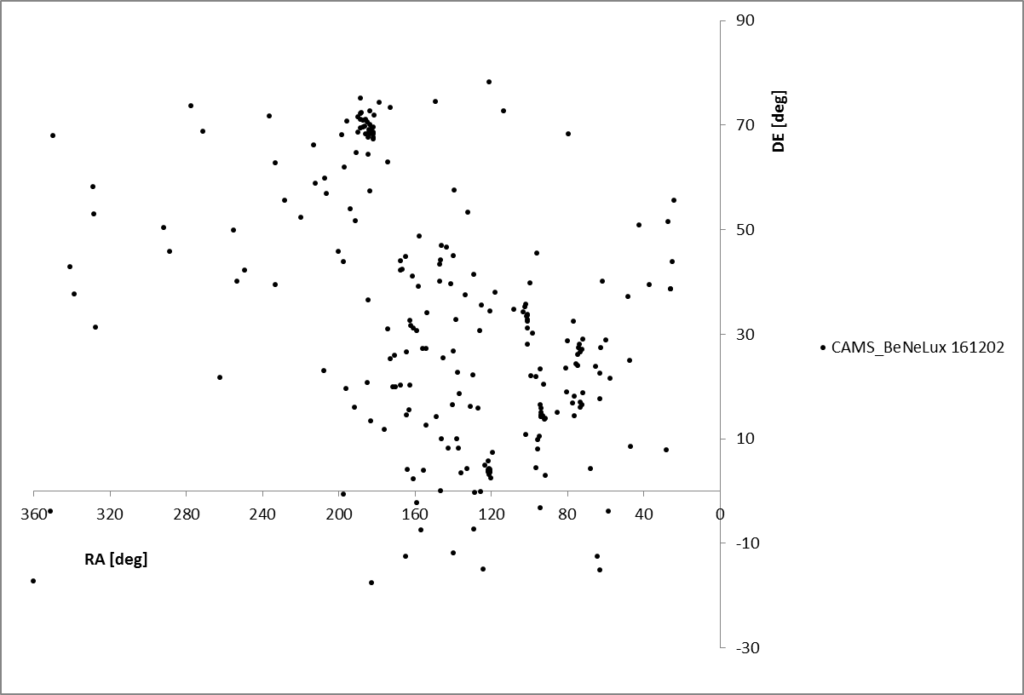 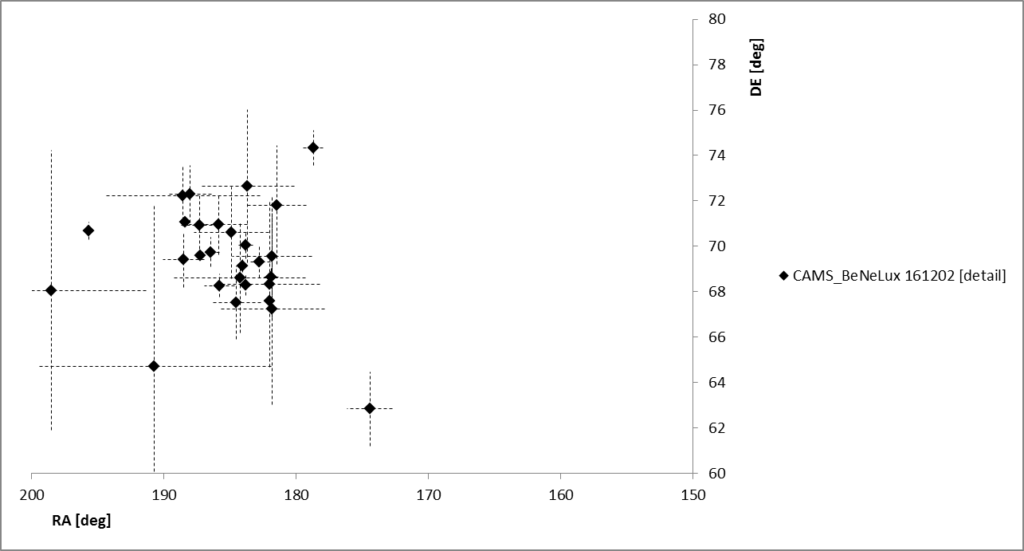 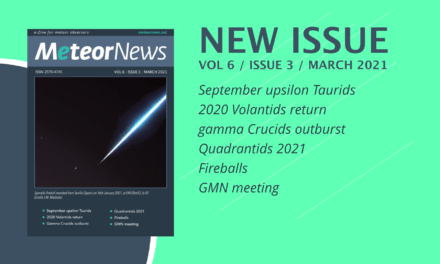