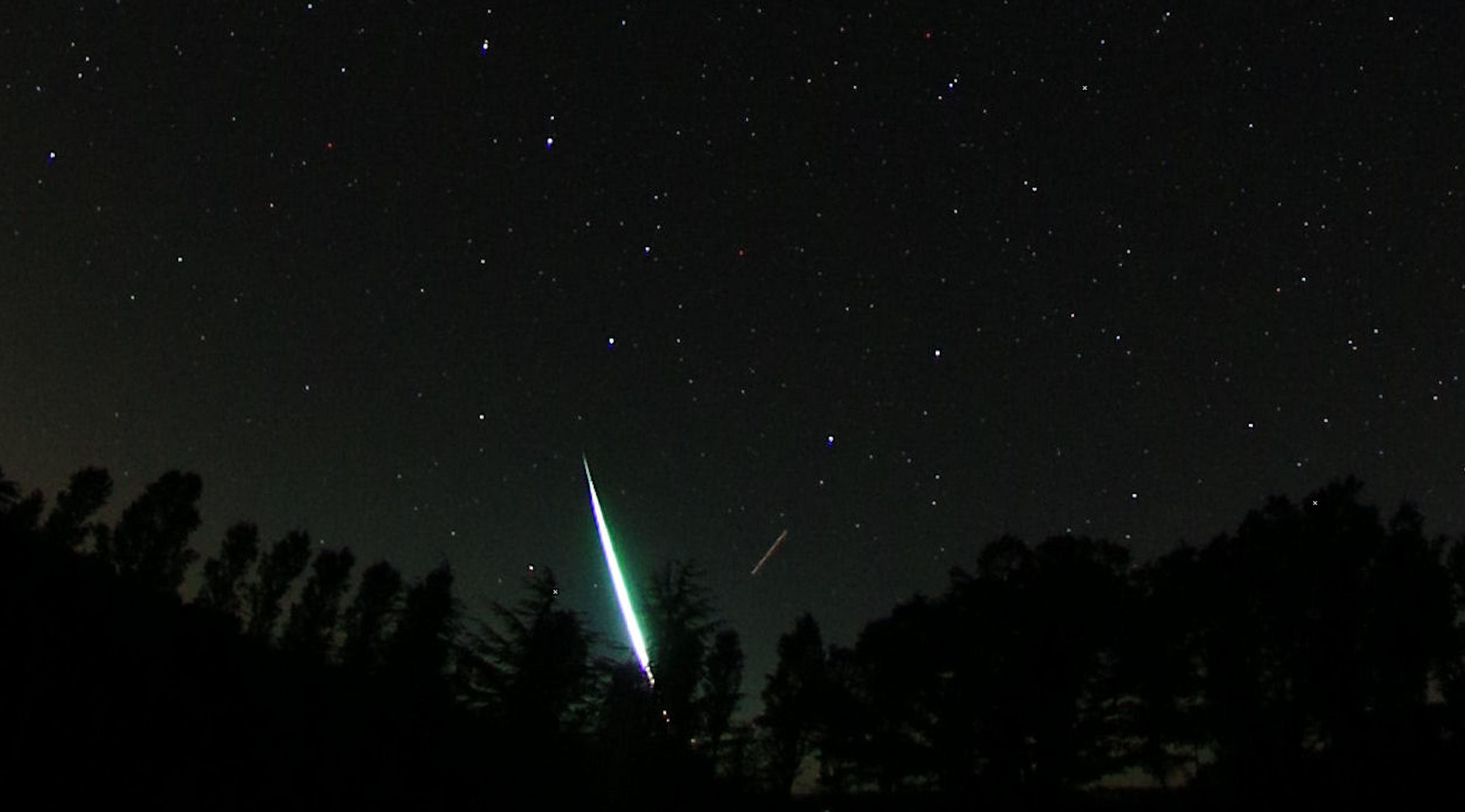 Just like 2015, 2016 was an excellent year to observe meteors and there were several highlights. To recall a few: of course the impressive Perseid outburst in the night of 11-12 August 2016, a spectacular fireball of magnitude -12 on 7 August 2016 which I could observe visually and photographically (see picture above), the number of hours that I could observe which outnumbers my record number of observed hours of 1984 and my 80 000th observed meteor since 1980.

31 fireballs were recorded between 16 March 2016 and 12 March 2017. Three of these were in the category of very bright events. On 17 March 3h16m UT a part of the trail of the famous St Patricks’ day fireball was recorded through a row of trees. A few days later, on 25 March 2016 at 23h01m UT a sporadic fireball of -8 was registered. This fireball appeared above Dutch/Belgian territory and has probably dropped some meteorites. 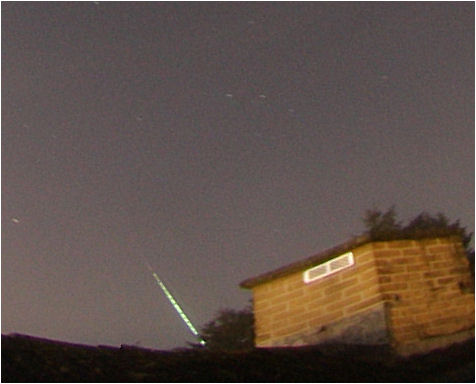 The all-sky was active in the night of 22-23 December 2016 with a great surprise as a fireball trail was very well visible on an exposure with a completely cloudy sky. This sporadic -10 bolide may have dropped meteorites, unfortunately into the IJsselmeer (the largest lake of the Netherlands).
The fireball of 28 November 2016 was a special case. At 4h40m40s UT (according to my own time estimate) I noticed ‘something’ bright moving in the corner of my eye. I look quickly in that direction and for a moment I thought about an iridium flare. But no, the object accelerated. I had never experienced this live in the field… I saw a bright ball of -5 moving slowly, but faster than an iridium flare, suddenly a very short flash and immediately four or five yellow/red colored fragments appeared right after the fireball. I shouted out ‘Wow’. The bright fireball moved further and finally disintegrated in four fragments which extinguished each separately. This was the most beautiful Earth grazer that I ever saw since the Leonids 2001 in China. This fireball was also photographed from Benningbroek (Jos Nijland), Bussloo (Jaap van ‘t Leven), Oostkapelle (Klaas Jobse), Utrecht (Felix Bettonvil), Borne (Peter van Leuteren) and Twisk (Marco Verstraaten). I could track this fireball visually during about 7 or 8 seconds, but according to the calculations by Marco Langbroek based on the photographic data, this meteor had a duration of at least 13 seconds. 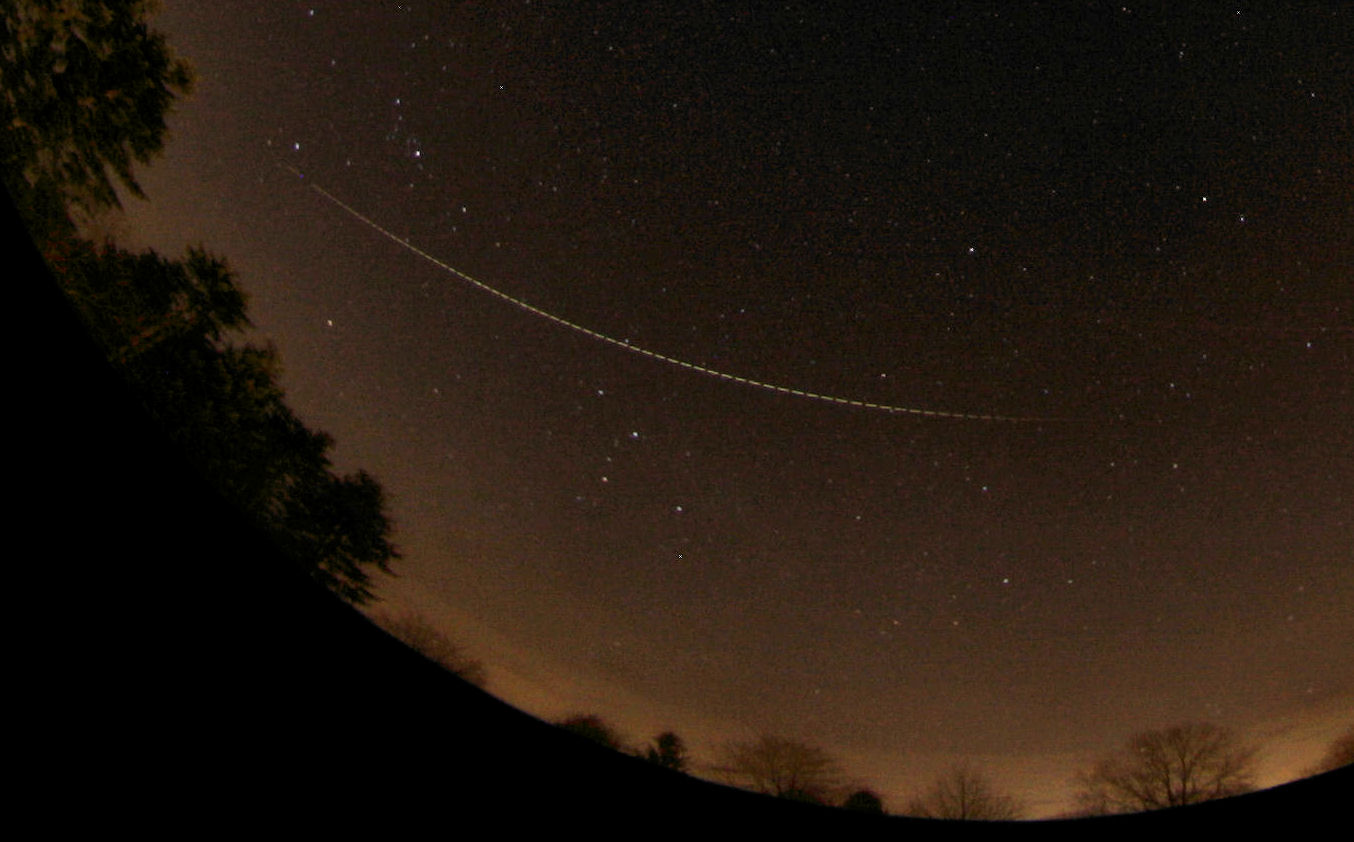 I could enjoy a number of clear nights at the beginning of May during the Eta Aquariids activity. A number of nice Earth grazing ETAs were noticed. For a detailed report, see: https://www.meteornews.net/the-%CE%B7-aquariids-2016-from-ermelo-netherlands/
The Perseid watch which I enjoyed together with Michel Vandeputte from Revest du Bion in Southern France was an unprecedented success. We could observe during all the nights. In the nights before the Perseid maximum we observed two impressive fireballs: a -8 sporadic fireball on August 4 and a -12 green colored sporadic on August 6.
The Perseids displayed an exceptional nice outburst in the night of 11-12 August. I counted as many as 800 meteors this night. The highest ZHR occurred on August 11, 2016 at 23h20m UT, the 4th rev peak. A detailed report can be read here: https://www.meteornews.net/perseid-observing-expedition-at-revest-du-bion-provence-southern-france/
At this moment a detailed analyzes is being prepared.
Furthermore, the months of September and October offered a record number of clear nights in the Netherlands. Unfortunately the weather failed during the Orionids, the Taurids, the Leonids and the Geminids. 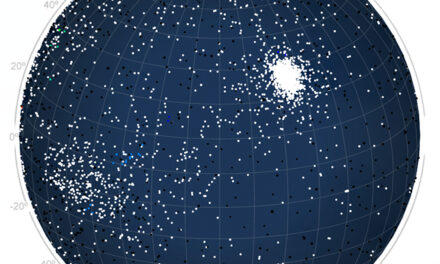 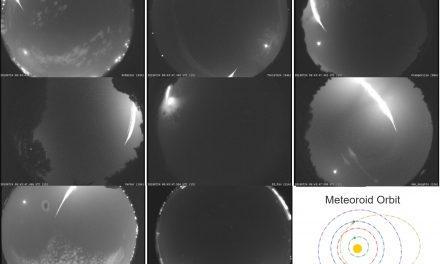