On Tuesday  30 May 2017 at 21h09m22s UTC, a large meteoroid entered the atmosphere of northern Italy and caused a very brilliant fireball. The meteor has been reported from almost all regions of northern Italy and also from the northeastern boundaries.
The meteoroid, which came into the atmosphere at a very low speed and with a trajectory roughly from south to north, showed a sequence of explosions some of which almost as bright as the Full Moon, if not brighter.
According to the visual witnesses closest to the event, the bright meteor illuminated a large part of the sky, projecting shadows to the ground, and it left a long persistent trail behind.
The flight was visible for several seconds, while the meteor showed a change of color from green to orange. Some witnesses from Emilia Romagna and Veneto regions have reported noises like explosions.
The fireball appeared in the early evening, right at the end of astronomical twilight, this explains the large number of visual testimonies, many of which appeared soon afterwards on the internet.
Fortunately, some IMG-UAIsm  video surveillance network stations [1] filmed the fireball. From the positional measurements it was possible to get the first astrometric  data as well as to estimate the real atmospheric trajectory of the body.
The starting part of the path was obtained from the two Faenza stations [Figure 1-2], managed by Mario Bombardini and Francesca Cineglosso , while Venice Lido station [Figure 3], managed by Maurizio Eltri, filmed the terminal part previous to the final flare of the meteor.
Useful  positional indications were also reported by some visual testimonies of amateur astronomers. 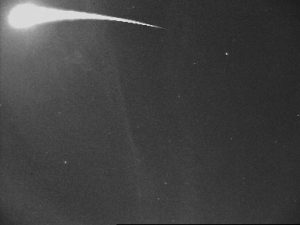 Figure 1 – Image of the starting part of the fireball, filmed by the videocam JENNI of IMG-UAIsm network from Faenza (44.28°N 11.89°E) – © Francesca Cineglosso 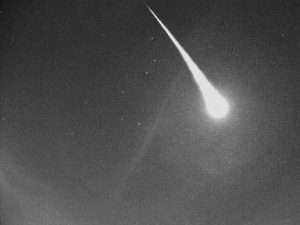 Figure2 – Image of the starting part of the fireball, filmed by the videocam MARIO of IMG-UAIsm network from Faenza (44.28°N 11.89°E) – © Mario Bombardini

Calculations were performed with the IMG team software.  From the available data it is likely that the meteoroid has entered into the atmosphere with a very slow speed and that the meteor has been made visible at a height of about 99 km above the skies just south of the city of Faenza (44.20°N 11.82°E) and has ended about 22 km high above the southern Veneto region  between the cities of Rovigo and Chioggia (45.09°N -12.04°E).
The meteor was moving with an average azimuth of 190 degrees, with a direction roughly south to the north,from an ecliptic radiant in the Virgin constellation.
The curvature of the long path, due to gravitational force, is very clear from the data. 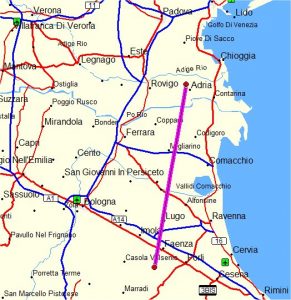 Figure 4 – Projection to the ground of the atmospheric  trajectory of the fireball. © IMG-UAIsm 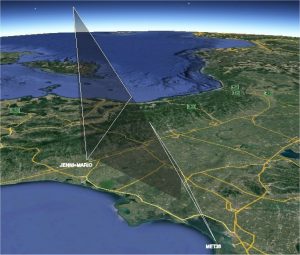 Figure 5 – Geometry of the atmospheric path seen from the southeast. © IMG-UAIsm

Considering  the numerous explosions that the bolide has suffered especially in the last part of its path (well visible in Figure 3), the dispersion area of possible meteorites,  probably located in southern Veneto, could be rather extended, from the surroundings of Berra (44.97°N 12.01°E) to little more than Adria (45.09°N 12.04°E).
One last consideration: the meteoroid,  if it did not break into the atmosphere and its mass were much larger,  would have impacted in the metropolitan area of Venice,  near Mira (45.43°N 12.13°E).
These results  are preliminary and are obviously subject for improvement, if other useful observation data could be added. 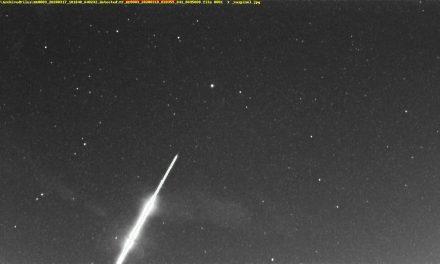