A meteoritic body entered the Earth’s atmosphere in the southern skies of Tata, in the rural commune of Ait Ouabelli (South-East Morocco), on Wednesday July, 12th, 2017 at 22:10 GMT. Its interaction with the atmosphere led to bright light flashes accompanied with detonations. It seemed to be brighter than an electric welding light. The bolide traveled from North to South and has experienced several fragmentation events along its atmospheric trajectory. This extraordinary and rare event is extremely valuable to the scientific community and it was the brightest and most comprehensively observed fireball in Morocco’s astronomical history.

Immediately after the fireball event hundreds of people moved to the site from surrounding Douars, villages and collectors of meteorite fragments from other cities (Erfoud, Laayoune, Marrakeche, Es smara, etc…) to search the meteorite fall despite the high temperature that was reached with 50°C. The first fragments were recovered the following day between Igdi, Ait Ouabelli, Boufalouss and Mofzou douars (Figure 1). Most of the specimens found were quickly identified as meteorites because they exhibited a prominent fusion crust that covers a part of their surface. The majority of these fragments are composed of relatively small pieces, with the largest officially reported being 1 kg as of this publication.

Indeed, subsequently a large number of eyewitness accounts were recorded and mapped by GPS. Now we are in a position to draw the ellipse of the strewn field of the Igdi meteorite, which starts in the north of Igdi and continues into the south direction above the natural barrier of the “Jebel Bani” which constitutes the border between Morocco and Algeria. The study is intended to serve as a case example for post-event data recovery and trajectory reconstruction in these areas not covered by all-sky-camera networks and with limited scientific infrastructure.

Figure 1 – Many of the region inhabitants came to assist in recovering the fresh fragments before valuable information could be lost due to bad weather conditions. Initial searches by nomads, through the direction of the bolide, produced the first few fragment (Photo mum). 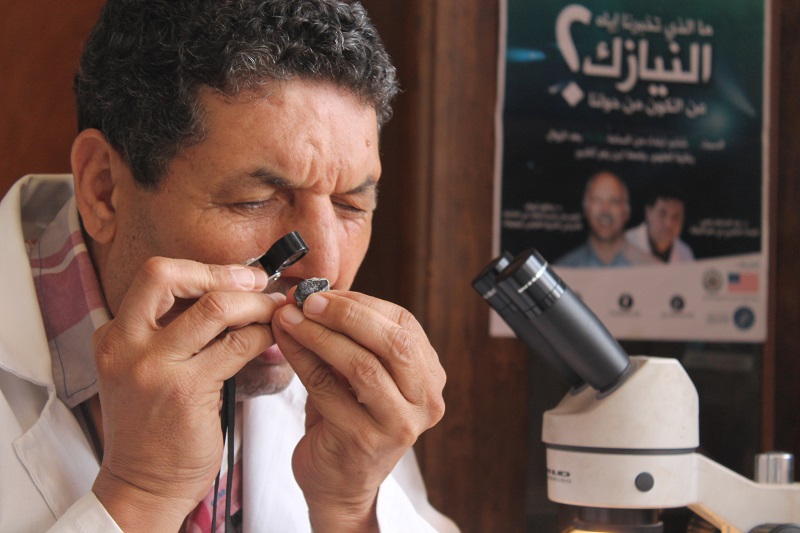 We are grateful to Rachid Benzakour (Ait Ouabelli), Christian Leloup (Azrou), Ait Ouzrou Mohamed (Agadir), Saleh Belhaouri (Tata) and Mohamed Lhou (Mofzou) for their assistance in the collection of information. 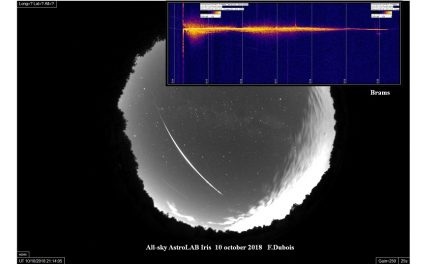 News from the meteor library: Velocity distribution of larger meteoroids

News from the Meteor Library