A brilliant Leonid fireball of magnitude -8 occurred right above the center of the CAMS BeNeLux network on 2017 November 19, 02h29m09s UT. It was captured by 7 CAMS cameras and several all-sky stations. The impressive event was also captured on color video by Klaas Jobse with the Astronomy!Projects Oostkapelle.

November 2017 is a typical autumn month with general overcast sky with frequent rain. Looking at the weather during the day time gives very little or no hope for the night. That is a great pity as the CAMS network now has over 13 hours with the Sun  more than 8° under the horizon while the overall meteor activity is at its best during the autumn months. Any complete clear night results in over 500 orbits for the CAMS network around this time. Unfortunately, weather is just ‘normal’ this year without any periods with exceptional stable clear sky. Luckily the long nights offer very often some gaps between the clouds, here and there clear sky occurs for a short time in these nights. This is enough to collect nice numbers of orbits, with every now and then a surprise.

Checking my cameras this morning I already noticed a brilliant flash while deleting the false detections on CAMS 384. The cause for this flash was captured on CAMS 388, a camera pointed about above the center of the CAMS BeNeLux network. This part of the CAMS network has very dense overlap from different stations, if the fireball didn’t occur too deep in the atmosphere; it had to be caught by other CAMS stations, as well as by several all-sky stations.

Before any calculation was done, the event got posted on Facebook and described as a -8 Leonid fireball with a persistent trail that lasted for over 20 minutes. Precise calculations will need a bit more time, meanwhile  we can look at a number of pictures of this event. At least 7 CAMS cameras captured this event together with most of the All-sky cameras that weren’t blocked by clouds at the time of appearance.

The most impressive capture is beyond doubt the color video by Klaas Jobse at Oostkapelle, the Netherlands.

The fireball was also photographed by Paul Sutherland from England, U.K., by Koen Miskotte at Ermelo, Netherlands, by Robert Haas, at Texel, Netherlands, by Paul Roggemans at Mechelen, Belgium and by Jean-Marie Biets, at Wilderen, Belgium. Here is a short overview of these images: 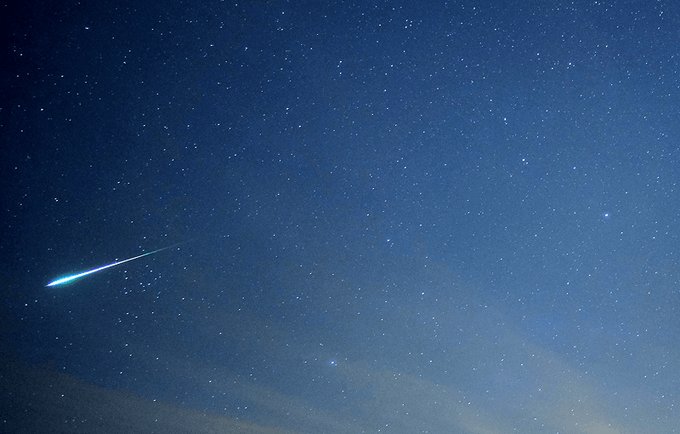 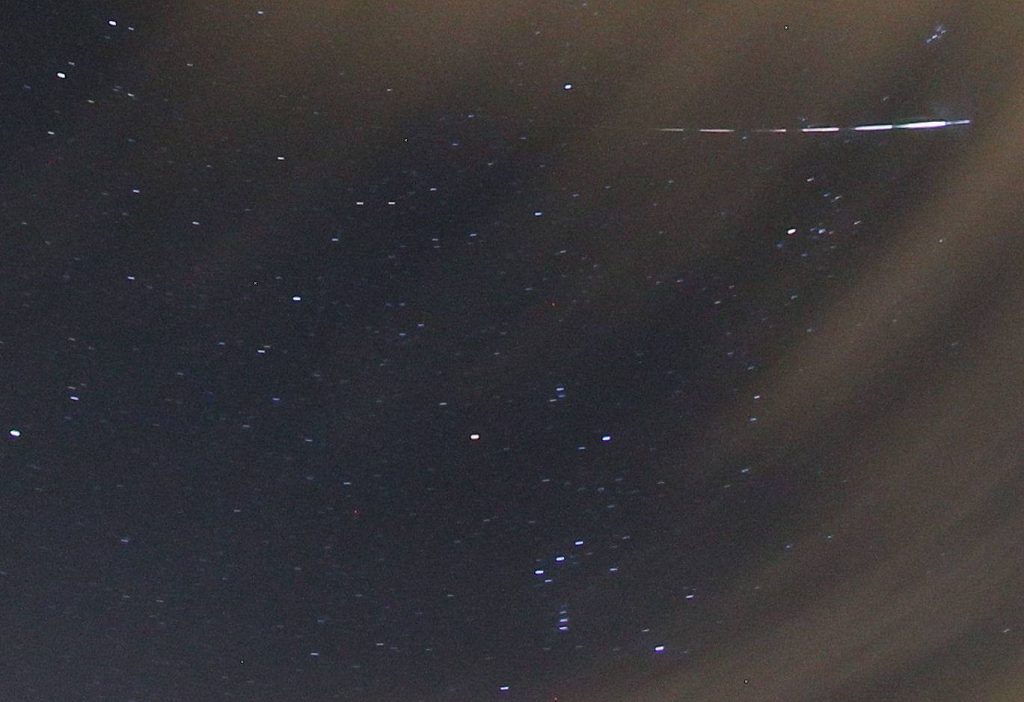 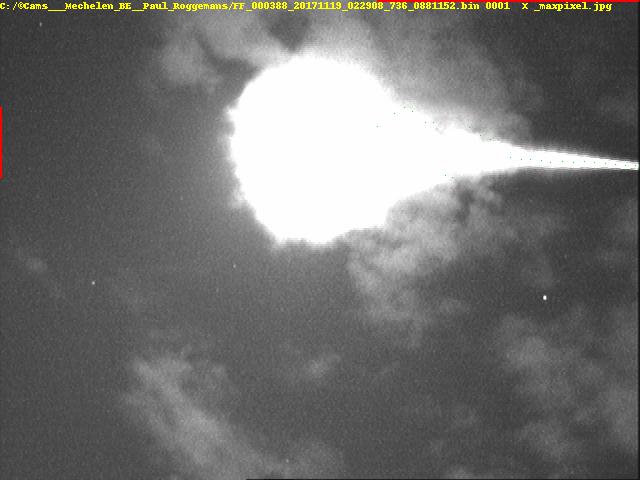 Leonid fireball of 2017 November 19 02h29m09s UT on CAMS 388. By Paul Roggemans, Mechelen, Belgium. The flare looks extra dramatic due to a thin clouds that was just in front of it. 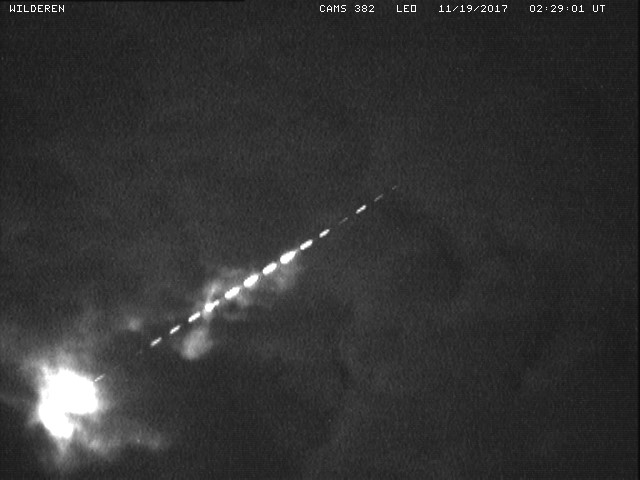 Radio echos from this fireball

Hervé Lamy reports that this fireball was also detected by all BRAMS stations. The figures display the data from Humain and Uccle. Note that the meteor echo was so long that it is split on 2 consecutive spectrograms.

Spectrograms from the BRAMS station in Humain.

Spectrograms from the BRAMS station in Uccle.

Enrico Stomeo  reported that the fireball was also detected by radio from Venice, Italy. The persistent signal was recorded during 6,4 seconds in the Venice Planetarium radio station at 02h29m24s UTC.

The spectrogram recorded at the Venice Planetarium in Italy.