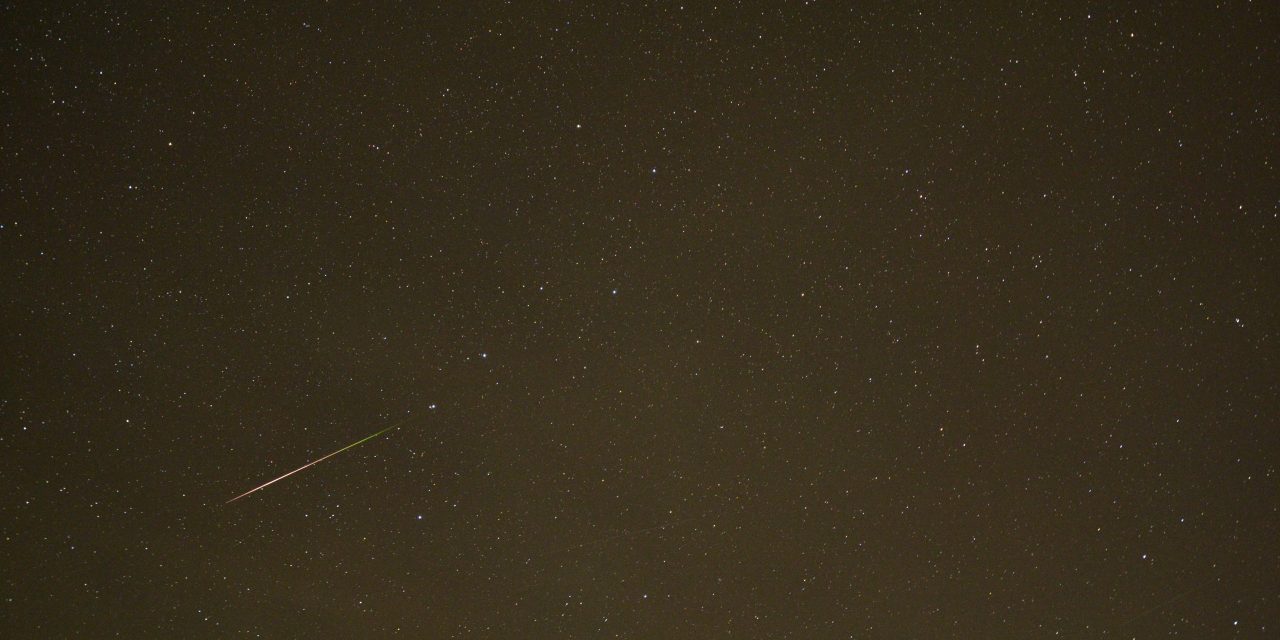 After missing the maximum nights of the Orionids due to bad weather, I hoped for better luck in the maximum night of the Leonids. November weather is generally very bad in Norway, but the weather forecast gave hope for a clearing in the morning hours on November 17. The IMO calendar had indicated two possible maximum times, in the early afternoon hours of November 16 and 17 respectively, both with ZHR around 10. Being hours away from these timings, my best hopes was hourly rates between 5 and 10 meteors. These expectations were met, but the Leonids were also in for a bright surprise!

I went to bed early on November 16, trying to get some sleep before observations started. The alarm was set for 00:00 UT on November 17, about the time of the clearing predicted by the weather forecast. After 5 good hours of sleep, a quick look out of the window at midnight, showed nothing but grey clouds. I decided to try to get one more hour of sleep, and sat the alarm for 01:00. The next weather check was more encouraging, with no clouds visible through the window, and Vega shining bright in the northern sky! After a quick “breakfast”, I assembled my observation gear and went out to my observation site, on a field behind the barn at my homeplace. The first Leonid was seen while setting up my camping bed and camera equipment, a nice 1 Mag. in Leo, with a characteristic short smoke train. I was finally ready for the 2017 maximum of the Leonids!

I started observations at 01:45 UT, in the same minute as a 0. Mag. Leonid streaked from Leo, up into Gemini between Castor and Pollux. The following 15 minutes gave two more Leonids of Mag. 2 and 3, before a 0 Mag, slow moving, yellow/red sporadic, appeared in Ursa Major at 02:06. Another couple of bright Leonids showed up at 02:11. First a 1. Mag in Ursa Major, followed rapidly by a -1 Mag in the outskirts of my observation field in the southern sky. The Sporadics also showed up with another 0 Mag. meteor this first hour, before another couple of bright Leonids of Mag 0 and -1, streaked the sky at 02:24. The first hour of observation, was rounded off by another 0 Mag. Leonid at 02:42.

I was very satisfied with the activity and brightness of the meteors the first hour, and did not know the Leonids had saved the best for the next! At 03:05 an impressing, fast moving, yellow -2 Mag. Leonid lighted up the sky in Ursa Minor, followed by a -1 Mag. in Ursa Major only two minutes later! And best of all, was that both meteors were right in my camera field in the north-eastern sky! The great climax came 03:21, when a -3 Mag. bursted in flames in Ursa Major, moving from Mizar in a north-western direction. An impressive smoke train could later be followed on 25 exposures a. 20 seconds, on my camera. 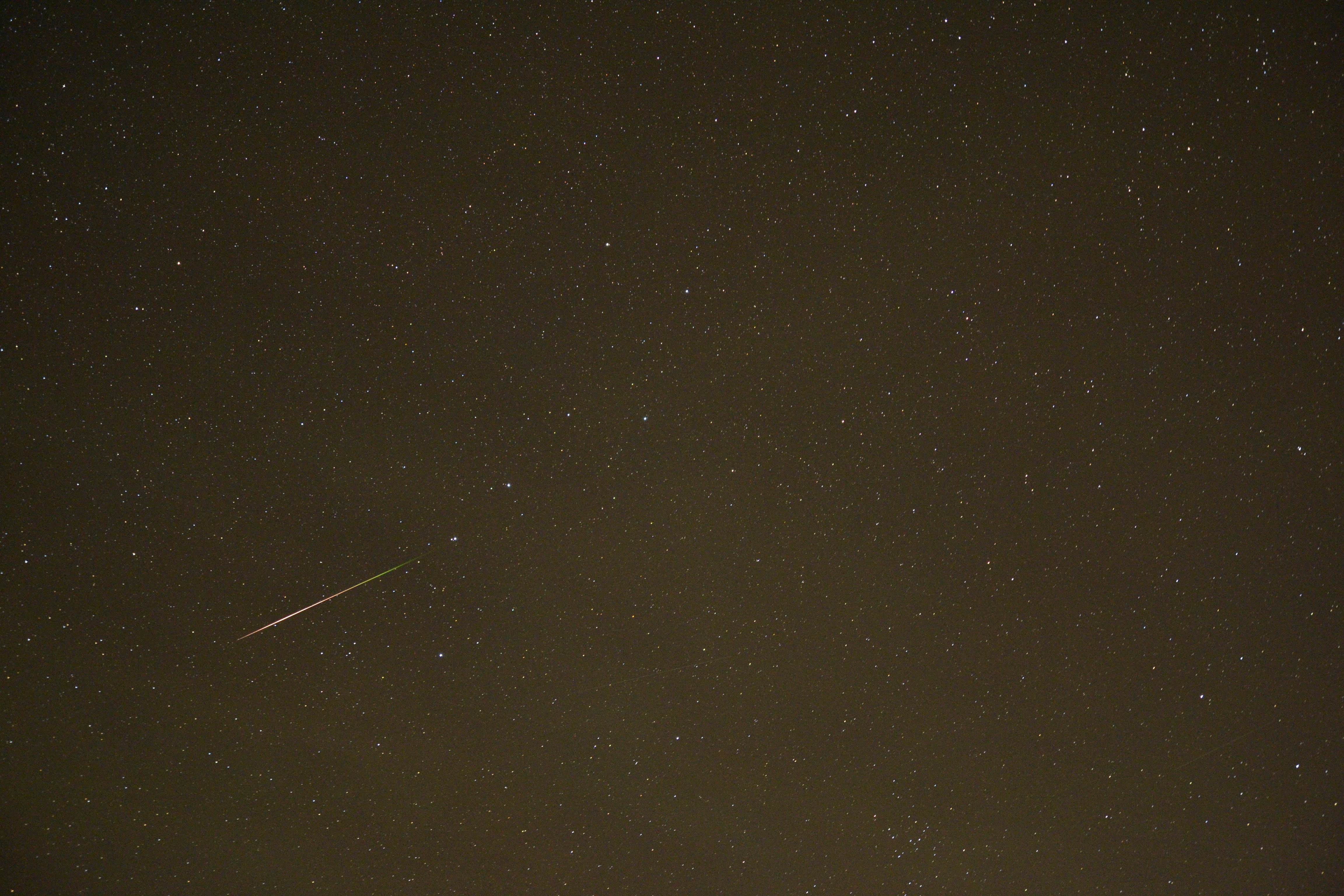 I was excited about what the last period of observations would bring, with the radiant of the Leonids high in the sky. This period started 02:55, and after 12 minutes another impressive -2 Mag. Leonid appeared in Ursa Major, also this one right in my camera field! For once I had been lucky with almost all the bright meteors being in the field of my 16mm F2.0 lens! This meteor marked the end of the bright Leonid show, but now I was in for a 20 minutes show of fainter Leonids. From 04:10 to 04:30 I observed 10 Leonids, all in the magnitude range between +2 and +5. Then activity suddenly dropped, with only two more Leonids observed the next 40 minutes! I ended my observation at 05:15, after observing 36 Leonids and 28 Sporadic meteors in a total of 3,43 hours, with 17 meteors caught on camera. 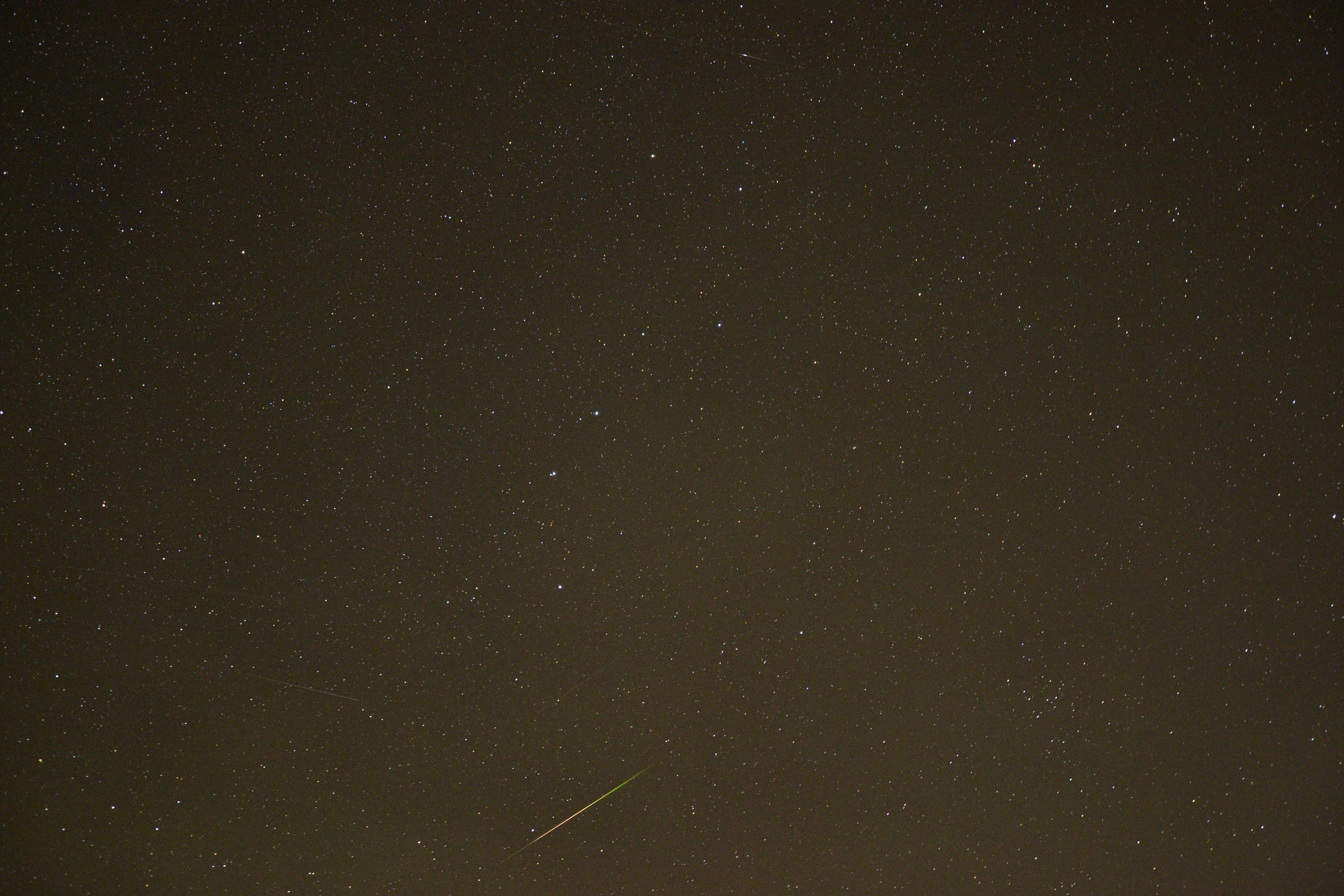 The whole observing session can also be found here:

As we see, the bright Leonids were more abundant in the two first periods, before the fainter ones shows up in the last period. These hour+ long periods however, camouflages the variations in activity level. Most noticeable is the “burst” of activity in faint meteors between 04:09 and 04:30, with 10 Leonids with an average magnitude of 3.8 is observed. Thereafter the decline in activity level between 04:30 and 05:15, with only 2 Leonids observed.

After two nights with massive clouds, sky was again clear the night between November 19 and November 20. However, the sky was a bit bright and hazy, with an Lm on 6,11. I started observations at 00:30 UT, and the first hour yielded four Leonids in the magnitude range between +3 and +5. The next hour only two Leonids were observed, under a slightly brighter sky with Lm 5.99. This night’s best shower was undoubtedly the Taurids, with a beautiful -1 Mag. Southern Taurid as the highlight. Also, a nice, possible 0 Mag. Alpha Monocerotid was observed. Details of the observation can be found here: http://www.imo.net/members/imo_vmdb/view?session_id=75541

I am very pleased to have been able to observe near maximum activity of the Leonids, and clearly witnessed the unequal mass distribution during these hours. A lot of bright Leonids were seen, followed by a short period of high activity of fainter meteors, before a sharp drop in activity. The Leonids is undoubtedly a shower to watch closely, with its many variations in activity level and magnitude distribution. I already look forward to observing the next years display, hopefully under a dark and clear sky, filled with bright meteors!