On 2018 February 21 at 20h09m05s UT a brilliant fireball appeared over the North Eastern part of France. Casual witnesses described the event as colorful, showing a green to yellow flash, ending into a lot of fragmentation with orange colors.

The event appeared right into the camera operated by Tioga Gulon at Fléville (France) and is shown in Figure 1. An animated gif from the BOAM Twitter page is included too. Another station from the French camera network BOAM captured this fireball also (Figure 2, the image by Marc Herrault at Chaligny, France). The FRIPON network got the fireball at 9 of its stations, in this post only the image from Chatillon (France) is included (Figure 3). 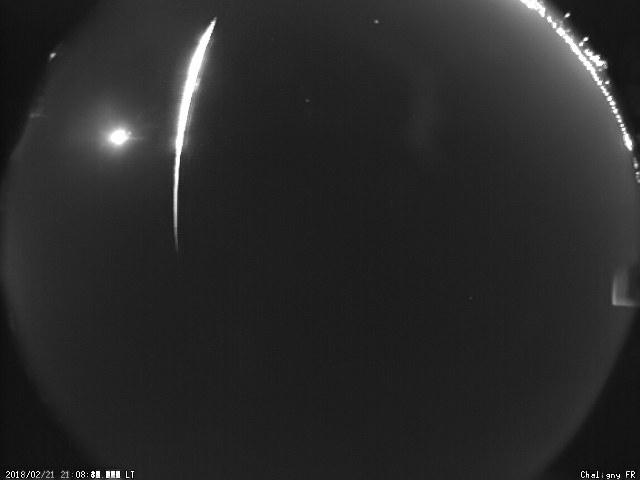 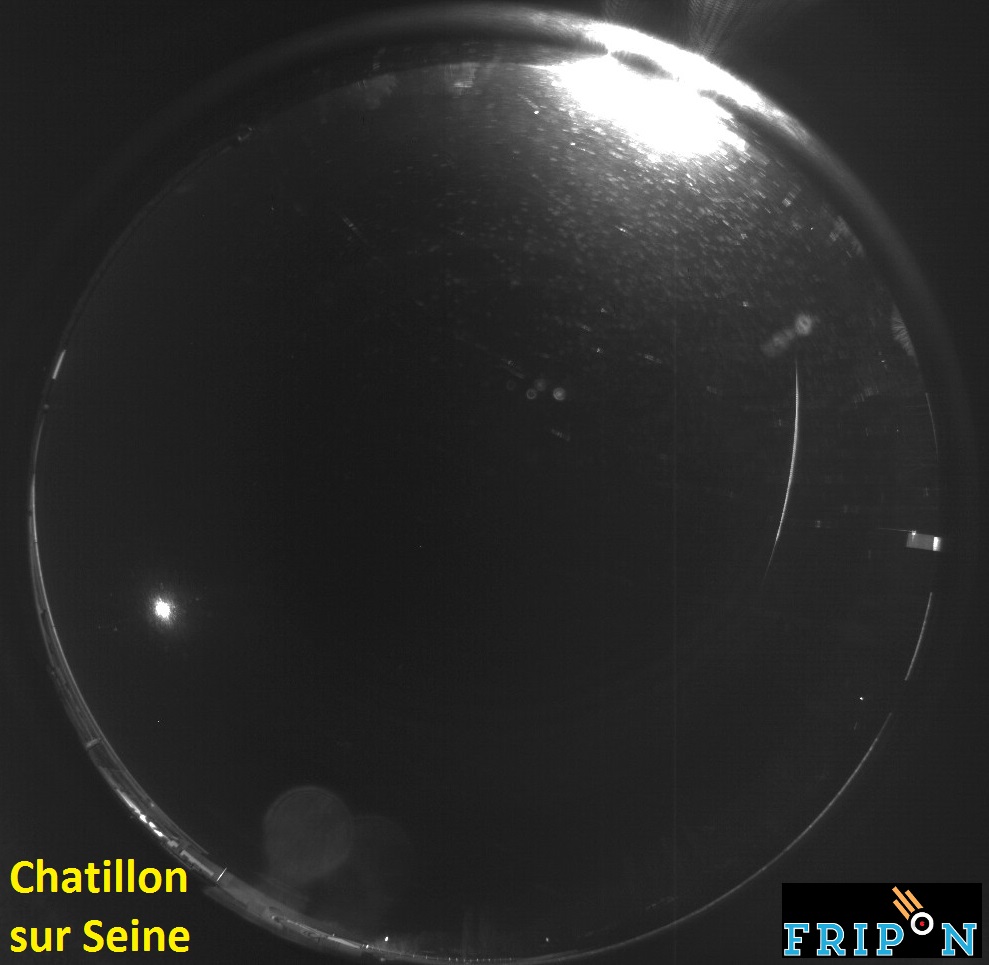 News from the meteor library: Interstellar Impacts on the Moon