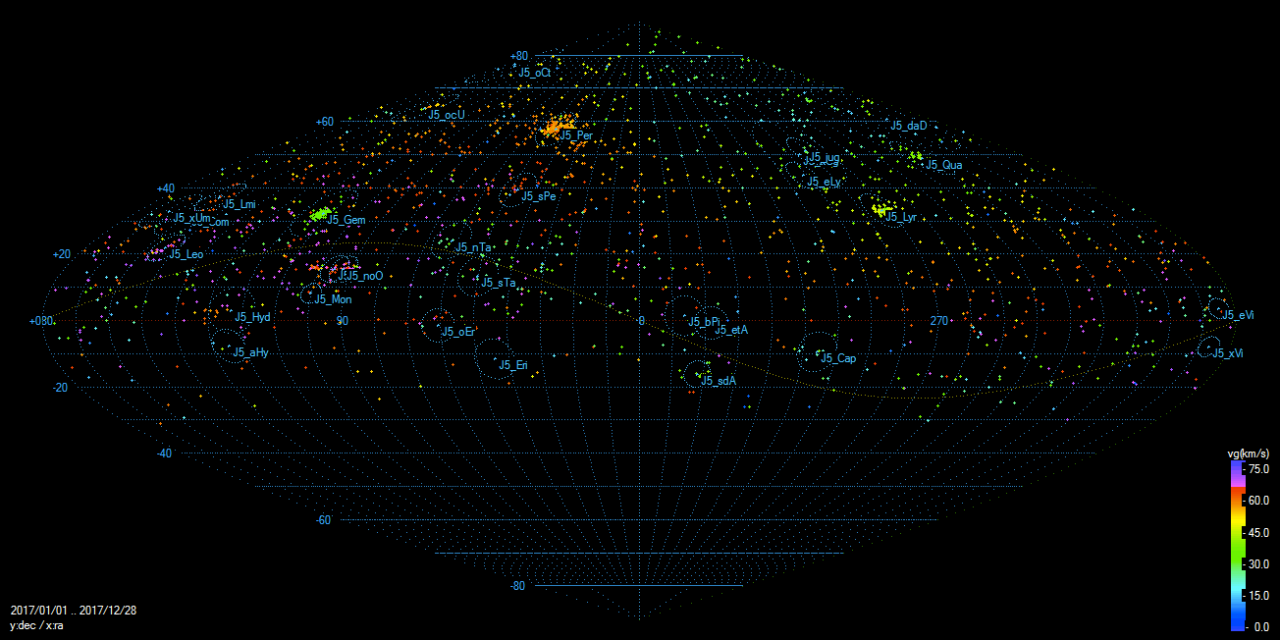 An overview of the 2017 activity report of the French network BOAM (Base d’Observation Amateur des Météores) is presented.

In 2010 a group of French amateurs with cameras for meteor observations decided to organize themselves as a network and to combine there detections in a  database  by creating BOAM (Base d’Observation Amateur des Météores). 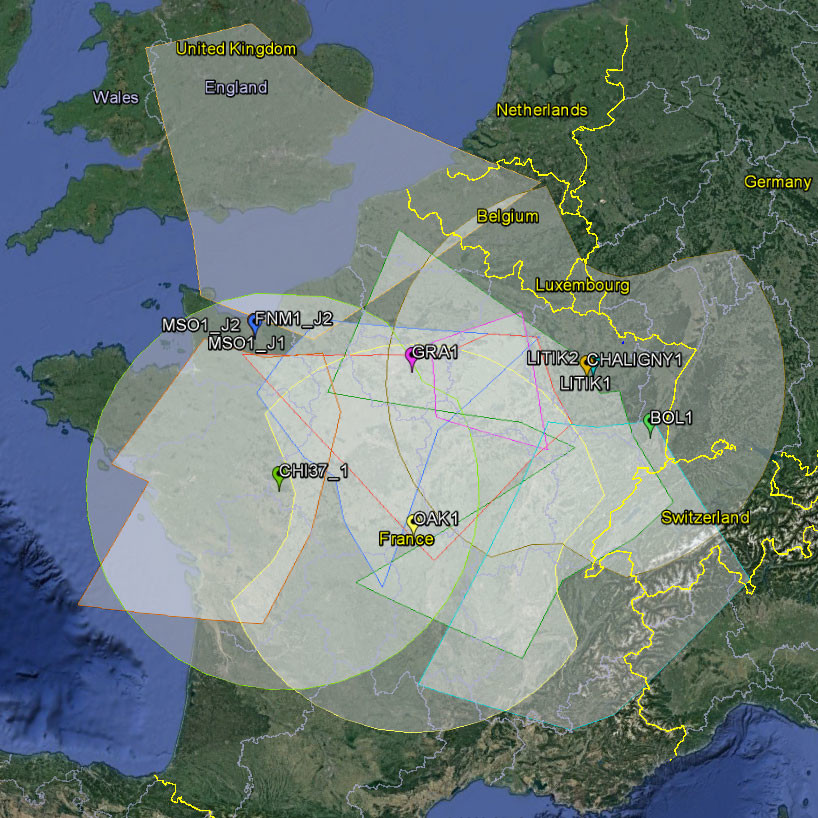 The network is currently composed of a dozen of cameras running with UFOsuite softwares. After 8 years of operating, the database contains almost 75000 meteors. 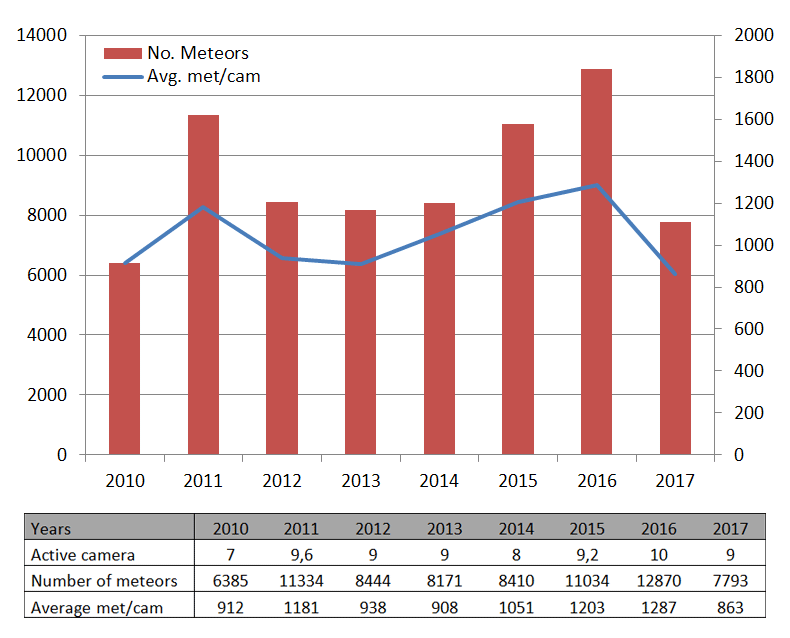 2017 was quite disappointing for the network. Only 7763 meteors have been recorded, that’s a decrease of 40% compared to 2016. This is partly due to the fact that the most productive camera of our network was not operating during this year. However, we also noticed a decrease in detections for all cameras, 32% less. May be this was due to more cloud cover in 2017? In any case, bad weather was present around the time of the maximum of the Perseids, we recorded 2422 Perseids less than in 2016.

Figure 3 2017 the number of detections per camera.

Thanks to direct sharing data with our close friends of the video observing networks, UKMON in United-Kingdom and FMA in Switherland, both using the same software, we could calculate 1849 meteor orbits and trajectories. All were detected by several cameras and at least one BOAM camera. 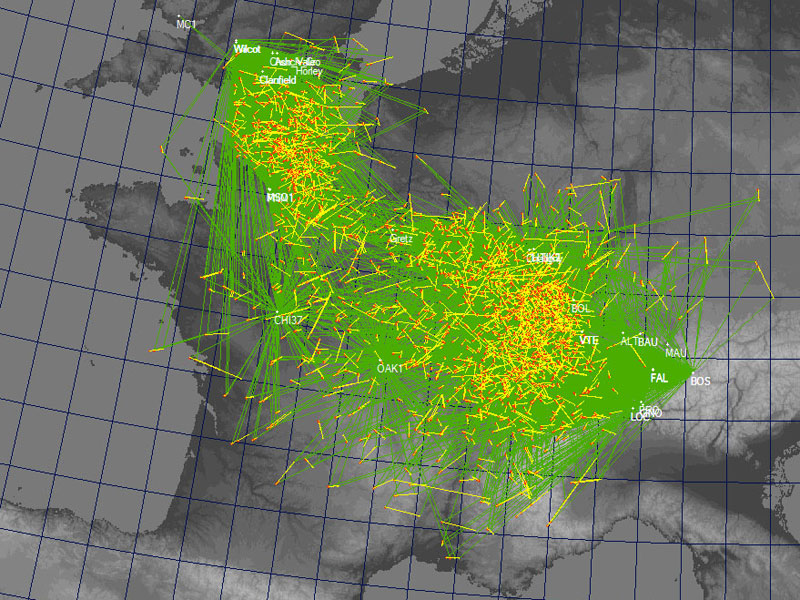 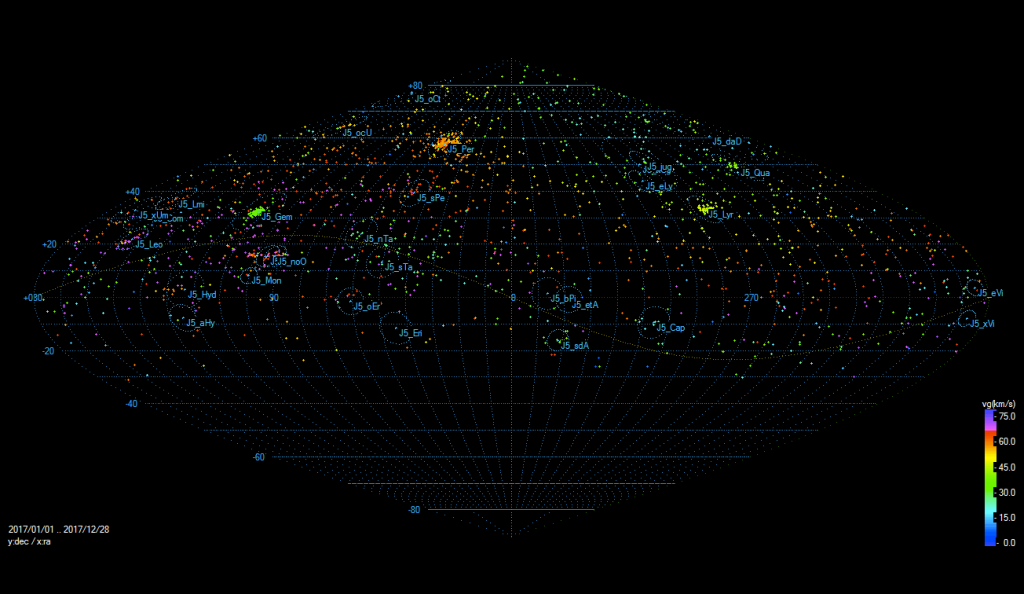 Please find in the following links a more detailed report focusing on major showers and fireballs observed by the network:

Many thanks to all participants who support the BOAM network : J. Brunet, C. Demeautis, S. Jouin, A. Leroy, Marco de Chaligny, R. Trangosi and T. Gulon.