A summary of the Perseid shower and the most interesting meteor events recorded by the French network BOAM during the period of June until September is presented.

The beginning of the second half of the year is made up of the Perseid stream with its fast and bright meteors. This year, the weather was not good during the peak of this major shower but the summertime allowed us to collect some nice shots.

Figure 1 – Overview of the number of captures for the period June to September 2017 – GraphBoam.

The Perseid shower is associated with the dust trail released by the comet 109P / Swift-Tuttle each time when it passes close to the Sun (about every 130 years). The maximum activity happens during the night of 12 to 13 August when the Zenithal Hourly Rates increase up to 60 – 120 meteors per hour according to the year.

Table 1 – Characteristics of the Perseids.

Last year the moon was full on August 7th and its luminosity was still 80% during the maximum of the Perseids. Therefore the observing conditions were not very good, between a moonless period with a low radiant elevation at the beginning of the night and a high radiant position with the bright moon present at the sky towards the end. Anyway, the cloud cover prevented us from enjoying anything of these mediocre conditions.

In total we recorded only 853 Perseids, which is 4 times less than the result in 2016 (3275 detections). Normandie’s cameras FNM1_JB2 and MSO1_J1 saved us, thanks to the better weather in this region. 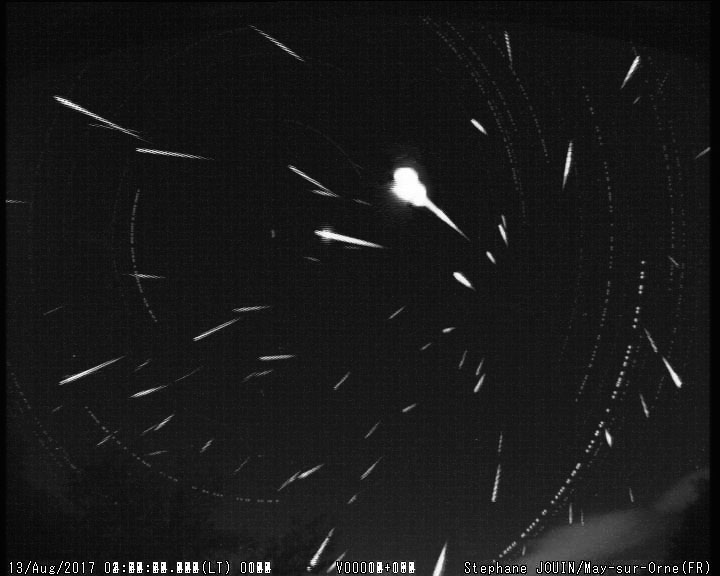 Figure 3 – Stacked picture of 59 Perseids from the MSO1_J1 station (Normandie) during the night of August 12th to 13th.

Thanks to the data sharing between BOAM, UKMON and FMA, 198 orbits, radiant positions and trajectories could be calculated over the period of the Perseids activity, 07/21-09/02. 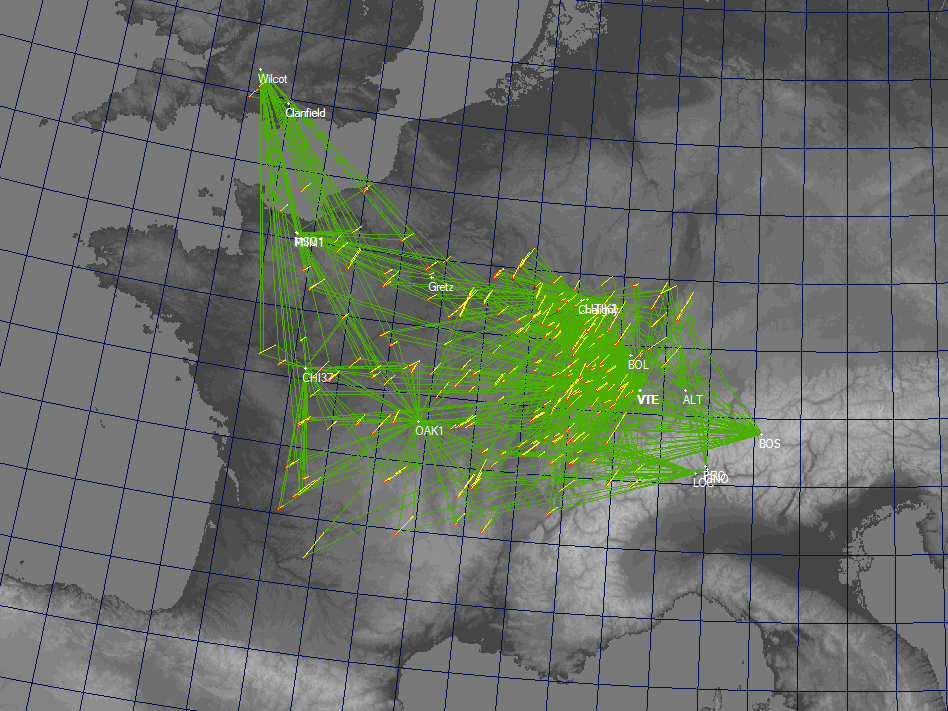 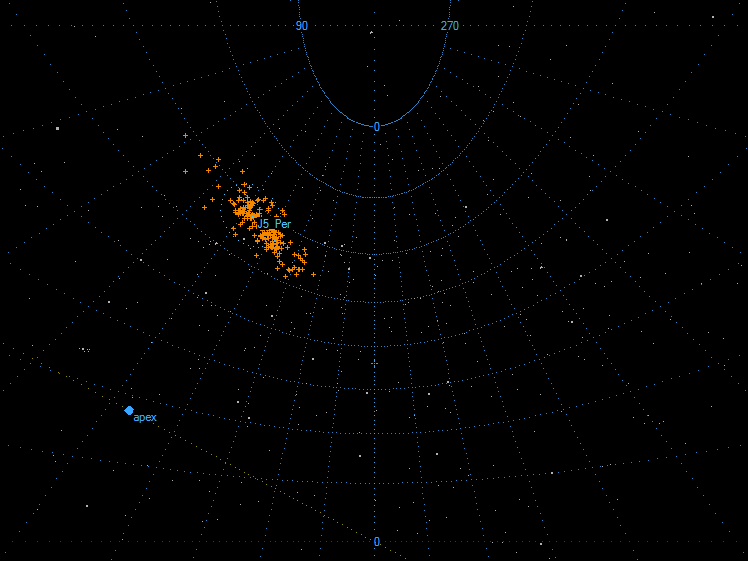 Figure 6 – 198 Perseid orbits in the solar system map: top view side view – UFOorbit. Rq: The semi-major axis of the orbit calculated depends a lot on the velocity of the meteor, the accuracy is rather poor for this element.

A –3.3 magnitude, fast (65 km/s) sporadic meteor crossed the East of France over a distance of 238 km. It entered in the atmosphere with a low inclination of 4°. 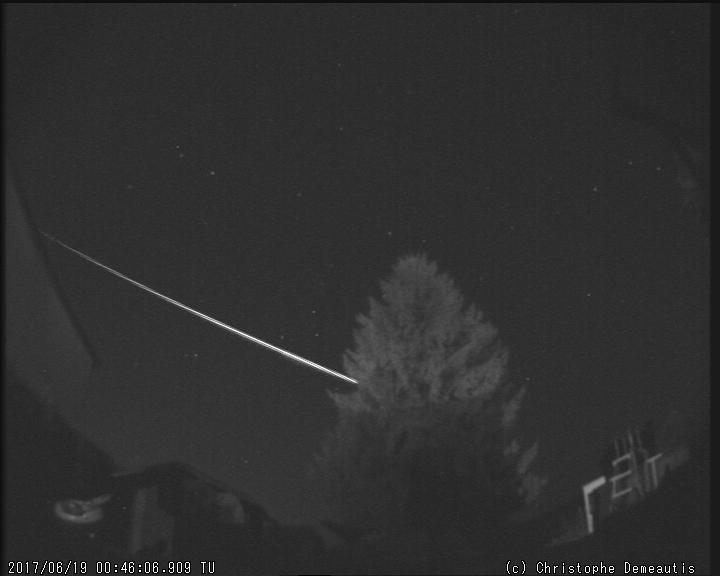 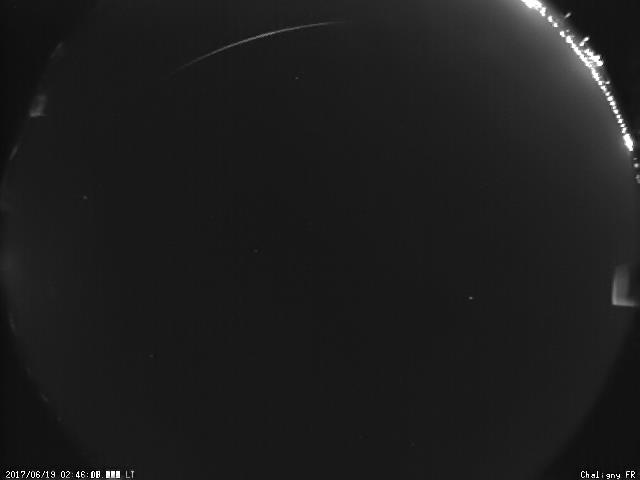 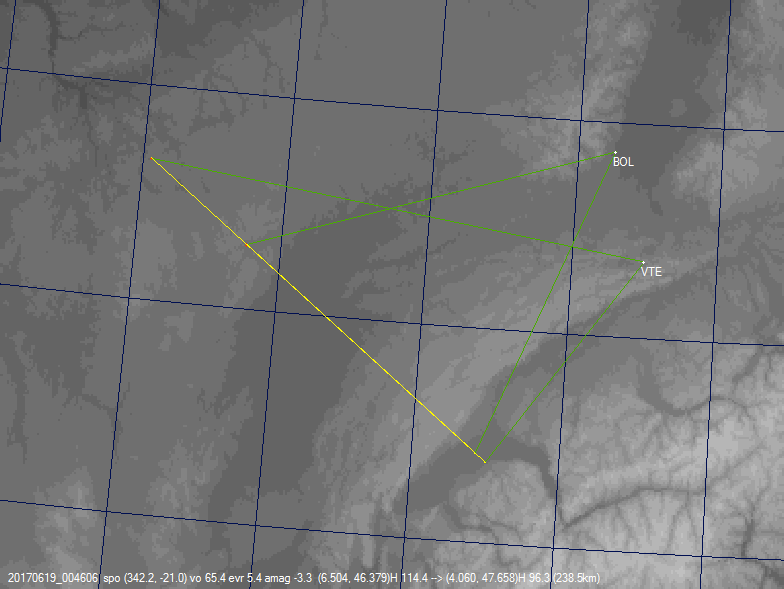 A –4.9 magnitude sporadic fireball caught by Astrochinon’s station during 4.00 seconds. 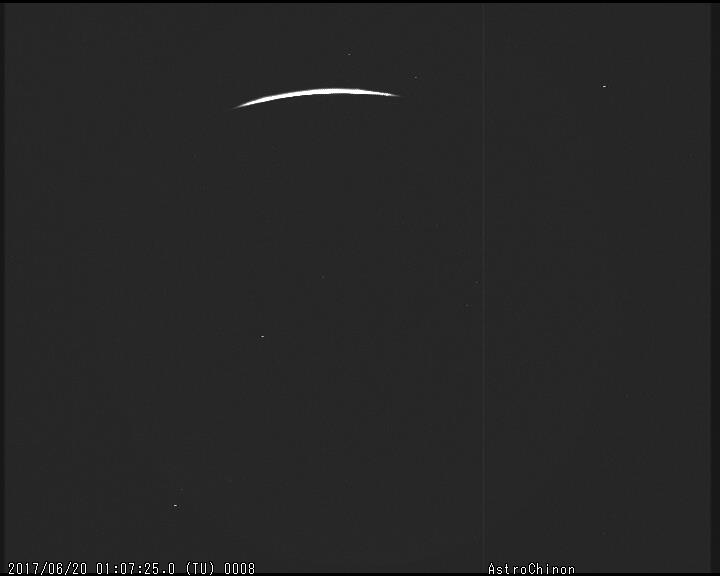 This object lighted up during 1.86 seconds entering into the atmosphere with multiple explosions (magnitude –6) and left a persistent trail like a pearl necklace. 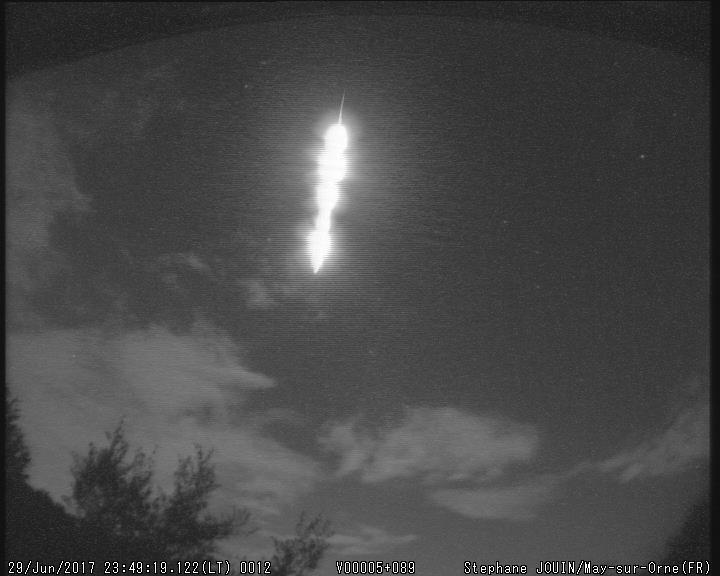 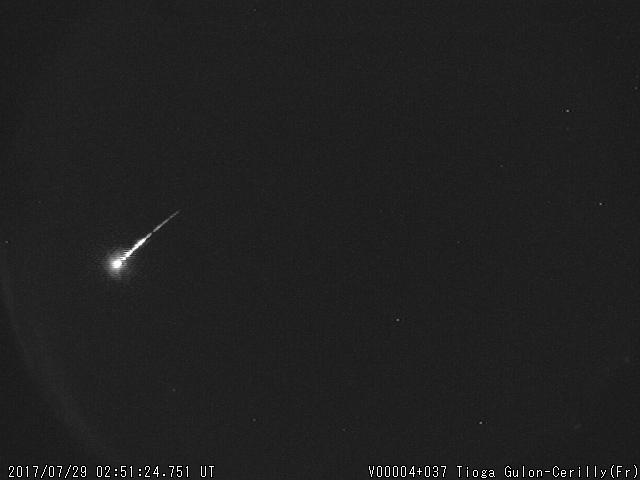 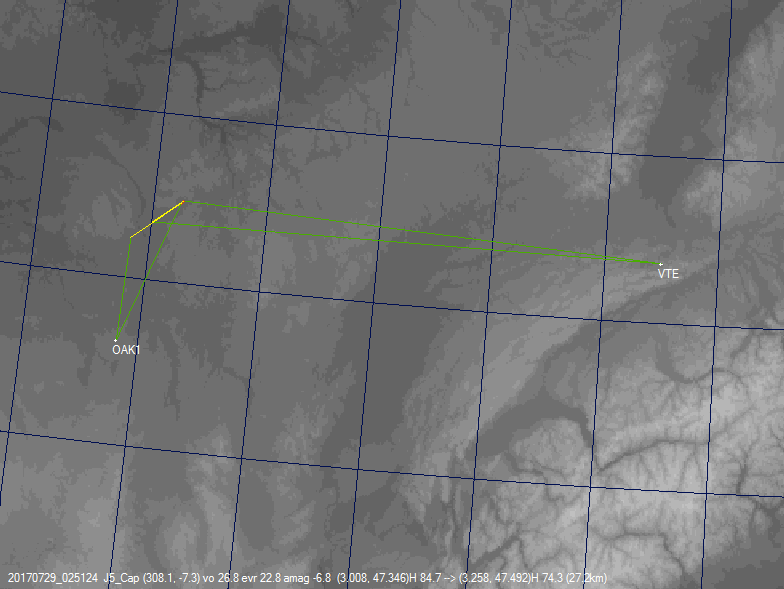 A fast Perseid fireball ending with a flare of magnitude –5.6 and caught by 2 cameras, but with a too close baseline to calculate the orbit. 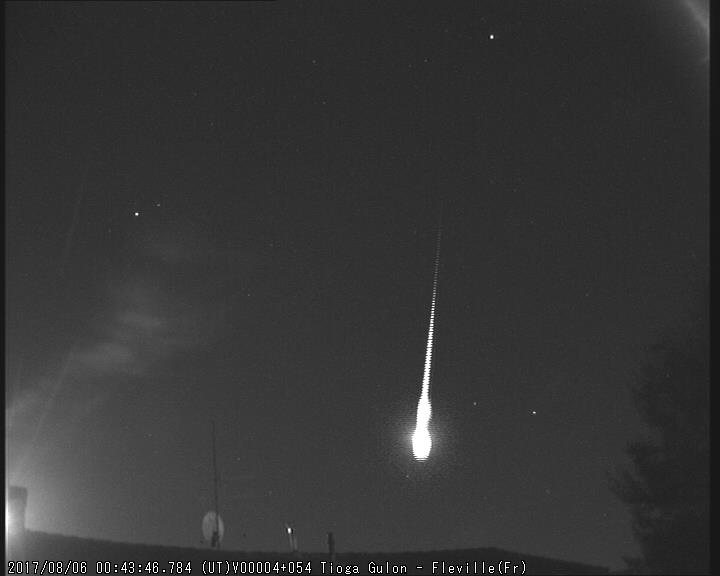 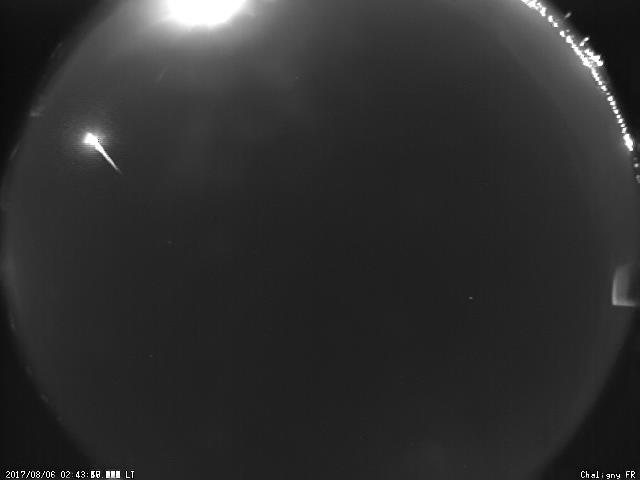 A Perseid ending by a flare of magnitude –5.5 and producing nice persistent trail. 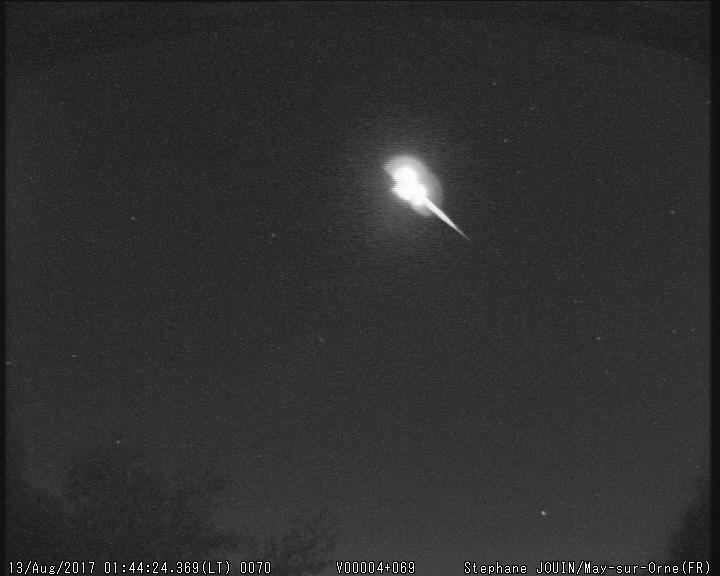 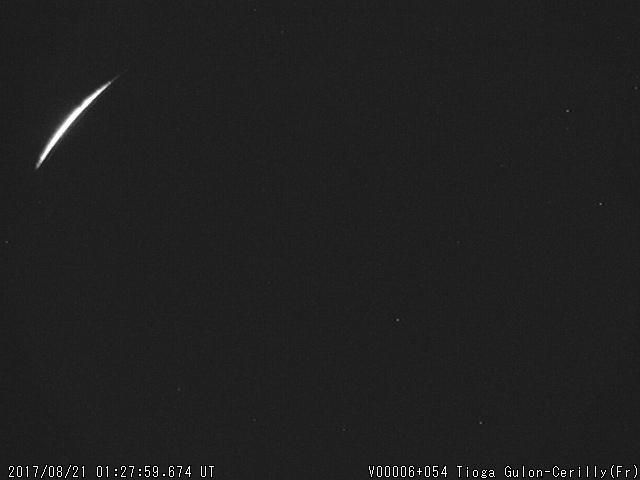 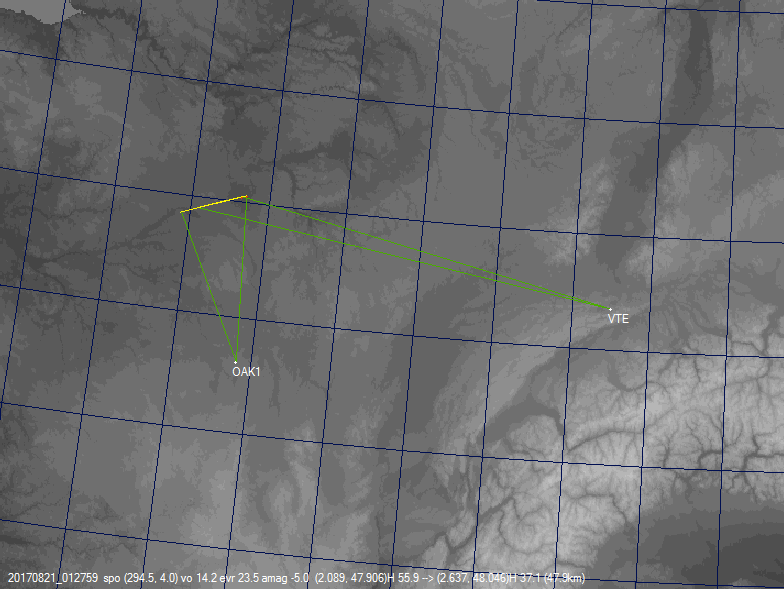 This object appeared after sunset and was widely observed from half East of France. According to the 90 witnesses reported on the IMO fireball page, the fireball reached a magnitude of –13 and the meteor fragmented into multiple pieces at the end of its trajectory. 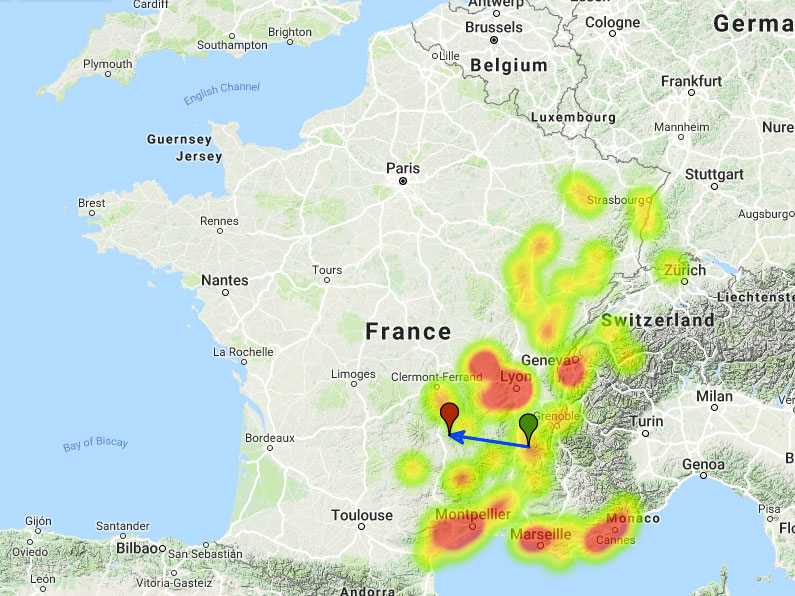 It was recorded by the camera LITIK2 from Fléville located 480 km north of the event and by the station VTE in Val Terbi, a camera from the Swiss meteor network FMA. Calculations on the data of those cameras result in a low inclination of the trajectory, 12° and a length of 178 km during 5.76 seconds. The accuracy is rather poor considering the great distances in these observations. 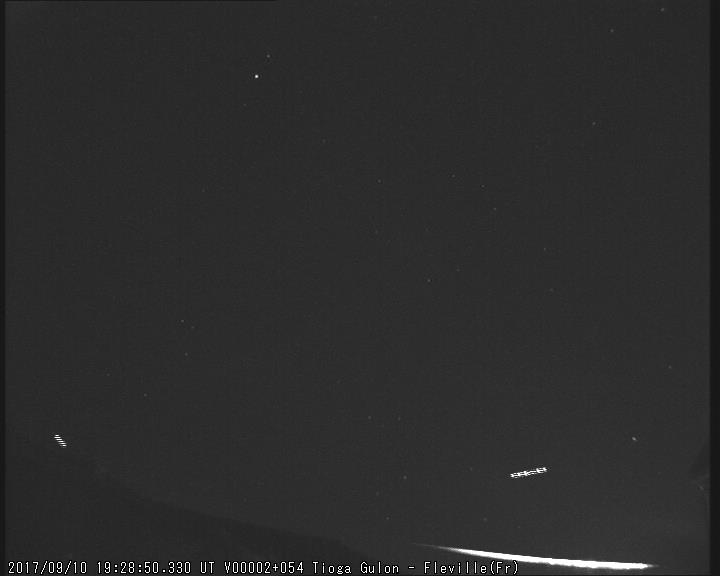 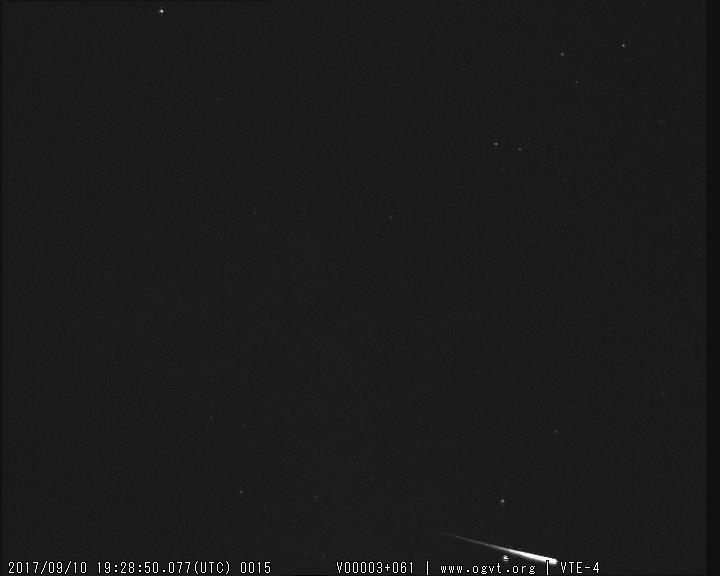 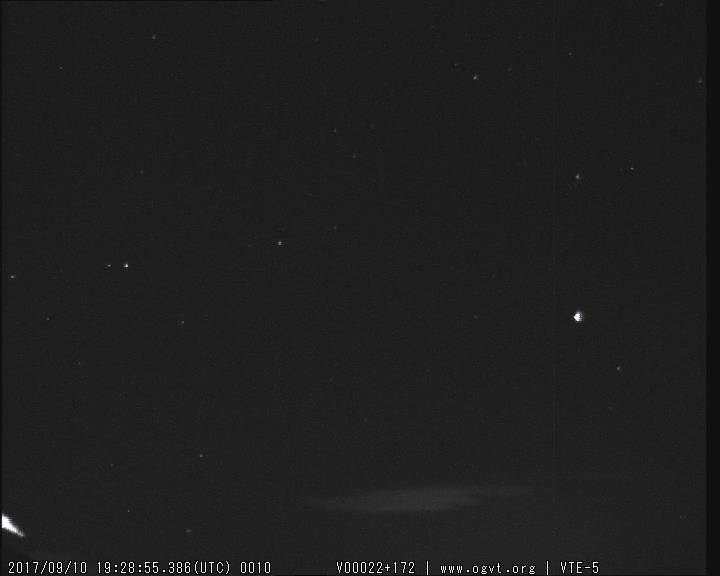 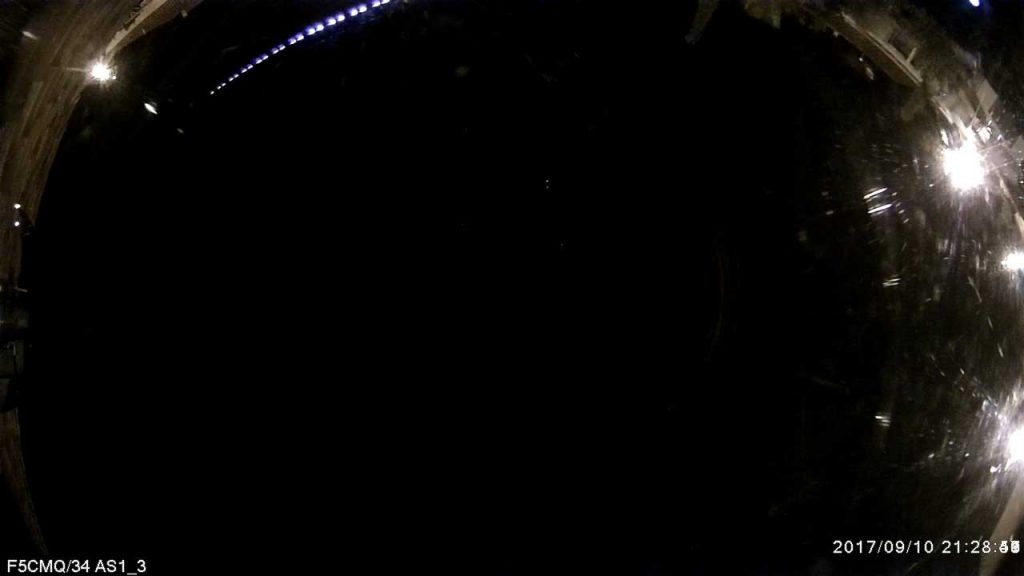 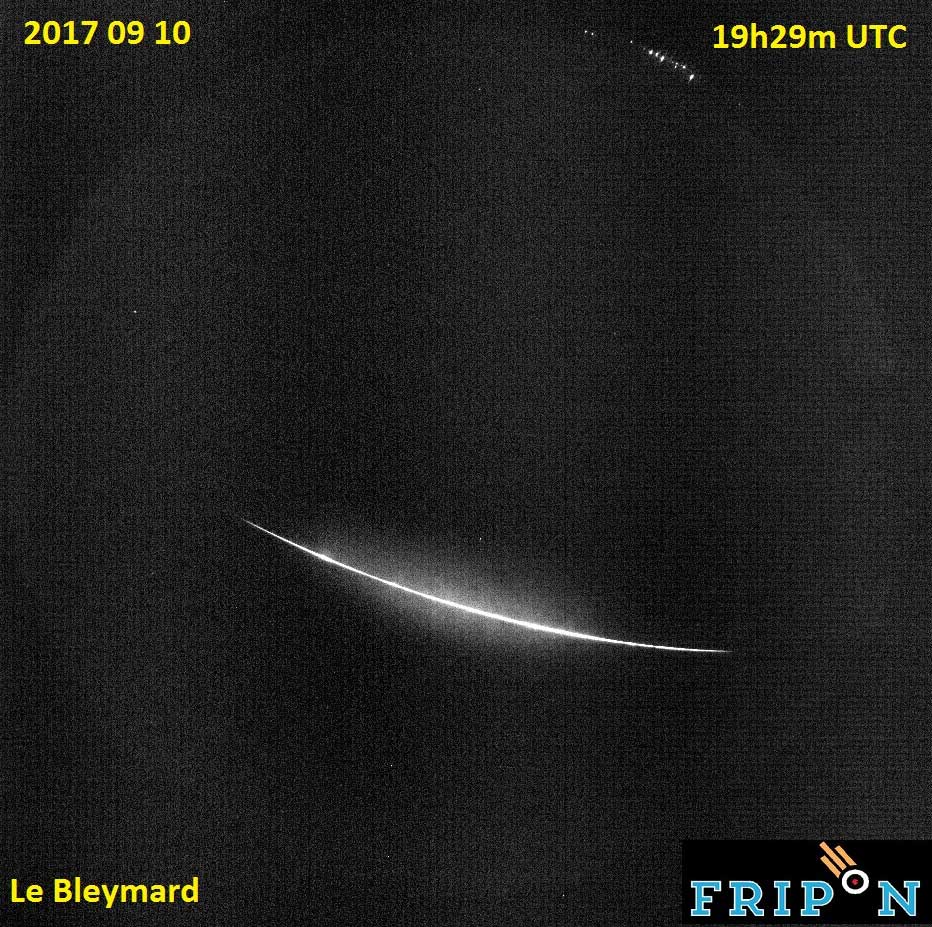 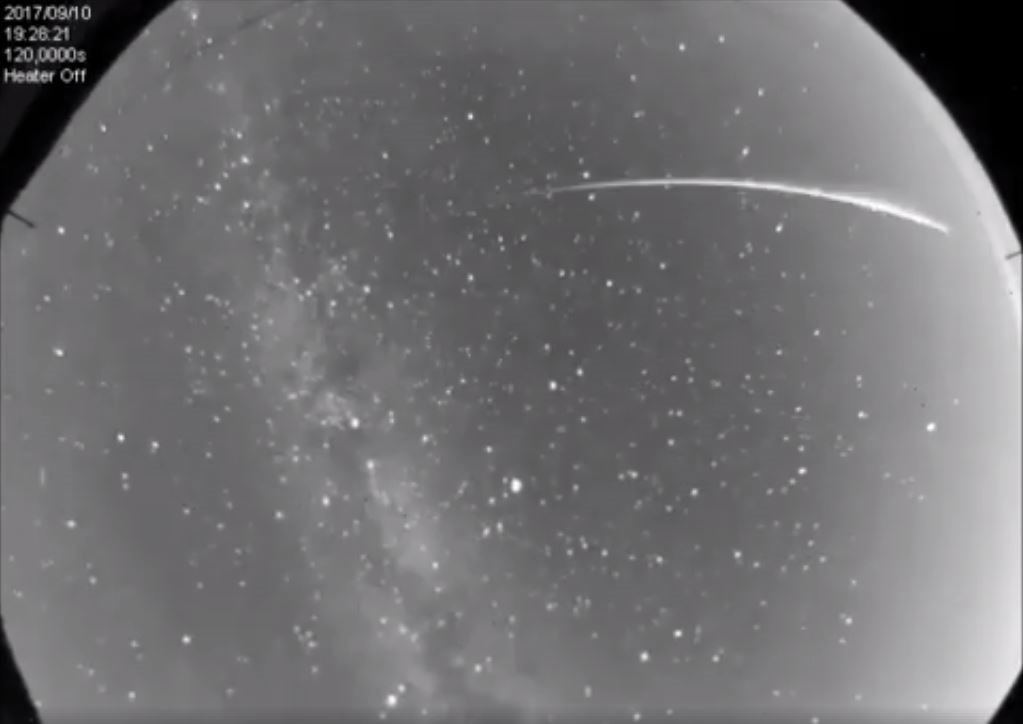 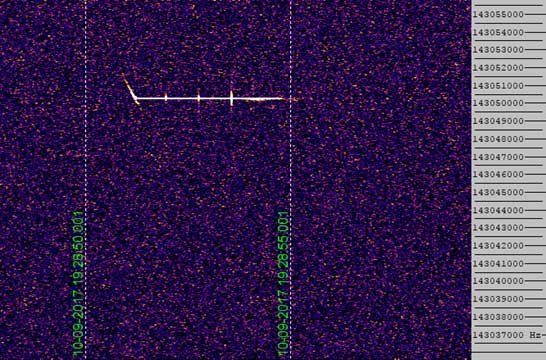 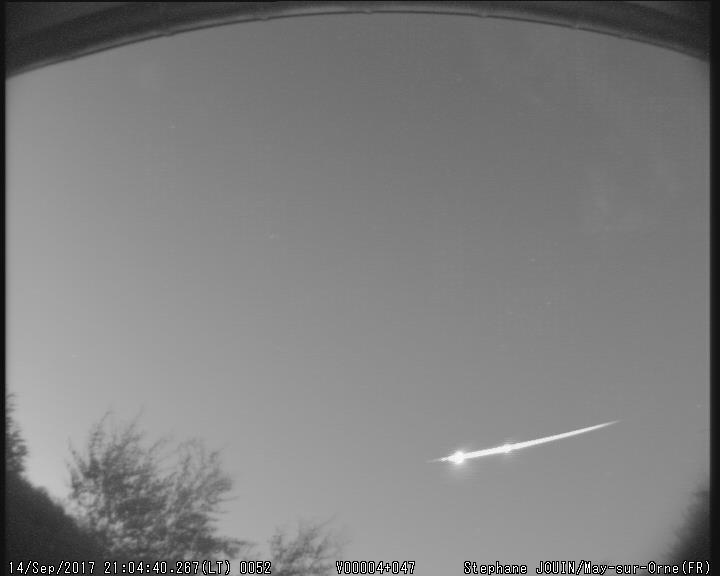 News from the meteor library: Quadrantids and December alpha Draconids 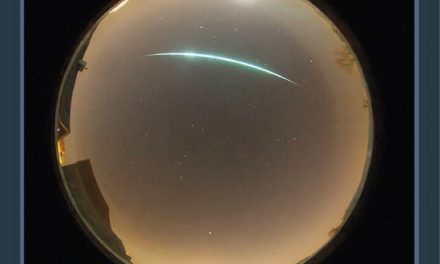