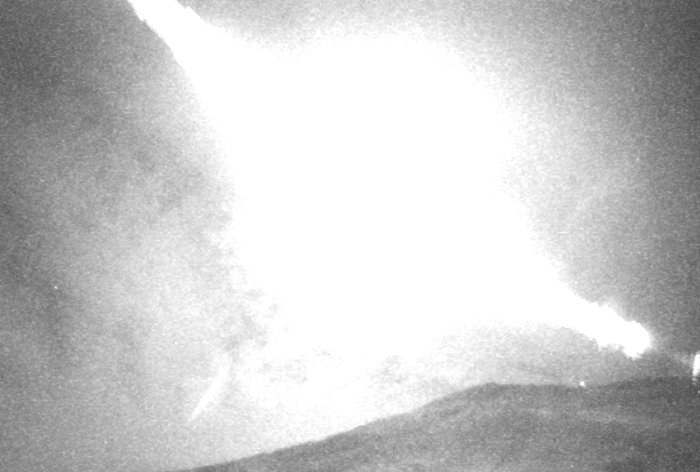 This impressive North. Taurid meteor event was spotted over southern Spain on 2018 Nov. 3, at 0:46 local time (23:46 UT on Nov. 2). The fireball was brighter than the full Moon, and it was produced by a large meteoroid from Comet Encke that hit the atmosphere at about 110,000 km/h. The event overflew the Mediterranean Sea and the province of Almeria (Andalusia, Spain). It began at an altitude of about 122 km and ended at a height of around 63 km. This meteor was recorded in the framework of the SMART project (University of Huelva) from the meteor-observing stations located at the astronomical observatories of La Hita (Toledo), Sierra Nevada (Granada), La Sagra (Granada) and Sevilla. 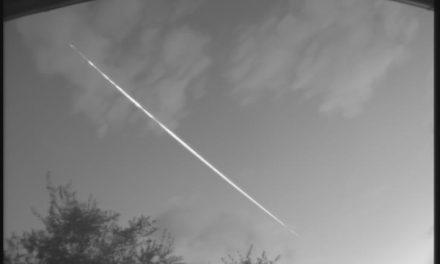 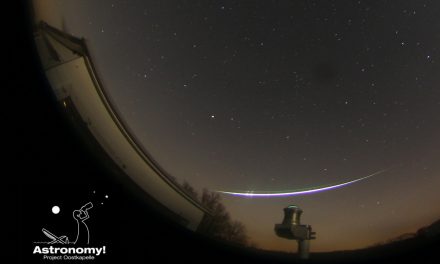 News from the meteor library: A Global Fireball Observatory