In this article we find 1073 Eta Aquariid meteor orbits obtained by CAMS BeNeLux in 2018 combined with the public CAMS data 2011-2012, that fulfil the low threshold D-criteria. We find a compact radiant with more dispersed orbits at the edges of the activity period. The radiant drift was compared for different threshold classes of D-criteria.

Exceptional good conditions around the maximum of the η-Aquariids resulted in a rich collection of η-Aquariids at our rather northern latitude. There was not a single night in the entire month of May without multiple station meteors.

As the month of April already had a lot of clear nights, this was a great opportunity to establish the radiant drift of this shower using the data that CAMS BeNeLux collected in 2018 together with the data that can already be found in the CAMS database (Jenniskens et al., 2016).

The CAMS database (2010 – March 2013) and data from CAMS BeNeLux were selected for the analysis from April 15 to June 1. In total, 17223 orbits were available during this period.

The orbital elements from Jenniskens et al. (2016) were used as reference orbit for the η-Aquariids.

Next, the discrimination criterion of Drummond (1981) determined which orbits could be considered as η-Aquariids. In total we found 1073 orbits with DD < 0.105, and another 504 orbits within the following intervals:

The orbits of the η-Aquariids were divided into five D-criterion classes: 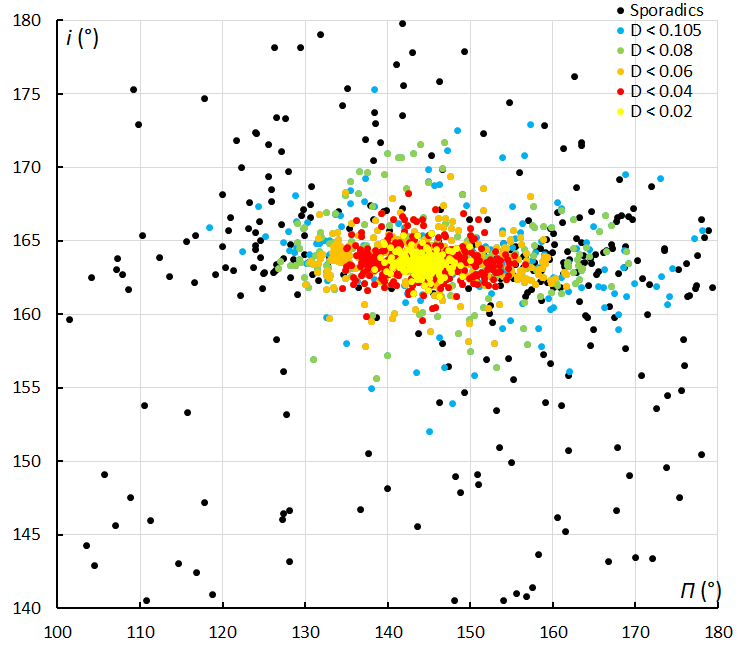 Figure 1 – Plot of the inclination i versus length of perihelion Π for the 1073 η-Aquariids and 503 non η-Aquariids.

If we look at the plot of Π versus i of these 1073 orbits (Figure 1), divided into these five classes, we see a concentration of orbits in the center with DD < 0.02 with an increase of orbits outwards with lower D-criterion classes. A gradual smearing out of the shower orbits with the sporadic orbits seem to occur.

Those meteoroids with higher values of the D-criterion were probably long ago released by the comet, and by planetary perturbations, and for the smaller dust particles effects of the solar wind, drifting further away from the parent body, resulting in increasing differences in orbital elements. This process continues until the particles can no longer be distinguished from the random sporadic background.

For a meteor stream with low inclinations this will probably occur fairly quickly, but for the ETAs the speed is quite distinctive due to the retrograde orbit, so that visual observers can still identify them, even relatively far from the maximum activity.

Table 1 – Number of η-Aquariids per DD-class, per degree of solar longitude.

For the η-Aquariid orbits we found the following numbers in each DD -class:

For each of the η-Aquariids in these classes, both the right ascension and the declination were plotted against the solar longitude. Subsequently, by means of the least-squares method, a best linear fit was determined through the points with corresponding standard deviation (Doom and Bouma, 2018).

Table 2 – Radiant drift with ± σ for the η-Aquariids obtained from the orbits for each threshold level of the D-criteria compared with a reference from literature.

The radiant positions of the η-Aquariids orbits in equatorial coordinates are plotted in Figure 2 together with the linear regression line for the low similarity class (blue line) and for the very high similarity class (dotted line). 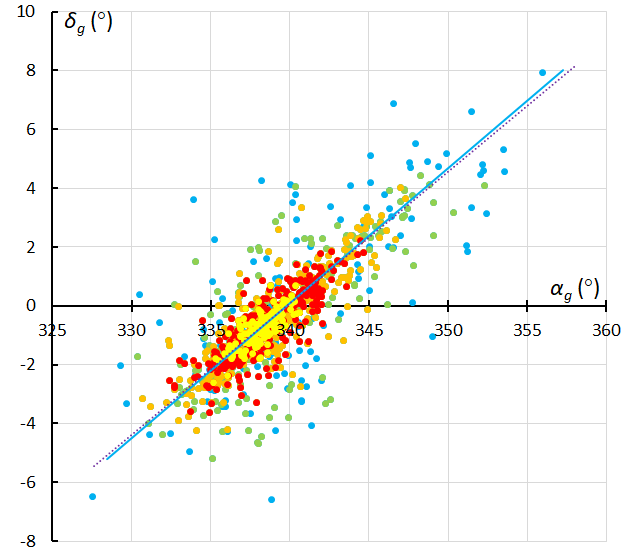 Figure 2 – The radiant positions of the η-Aquariids orbits in equatorial coordinates. The colors indicate the similarity class like in Figure 1. The linear regression for the radiant drift for all orbits with DD < 0.105 is plotted in blue, for DD < 0.02 as a dotted line.

The radiant drift corrected positions for all η-Aquariids are plotted in Figure 3. Also, here we see the concentration of orbits with DD < 0.02 as mentioned above, in the center, with more orbits of the lower similarity classes towards the edges. 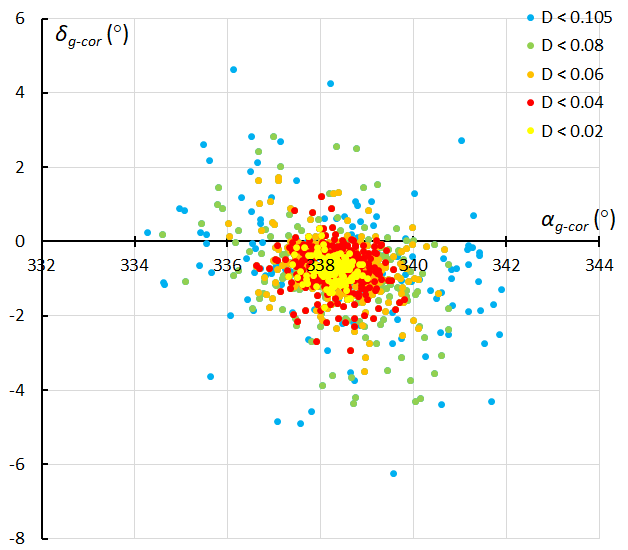 Figure 3 – The radiant drift corrected positions for the η-Aquariids orbits in equatorial coordinates. 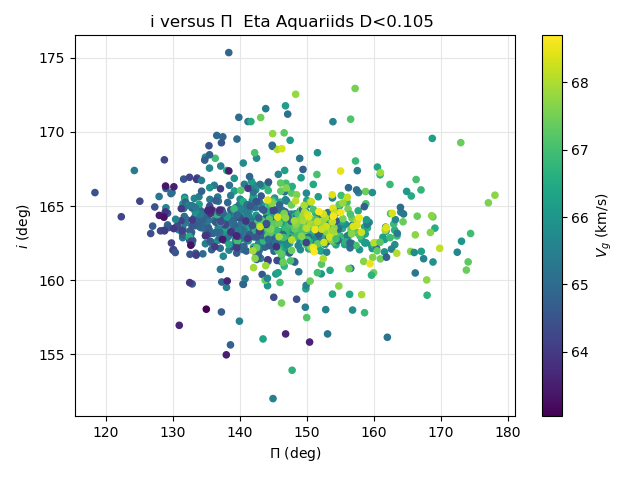 Figure 4 – The inclination i against the length of the perihelion Π with a color gradient to show the spreading on the geocentric velocity.

Far ahead of and far behind the maximum activity we find barely any more orbits with a similarity value of DD < 0.04.

These are probably particles that got further away from the parent body due to planetary perturbations, with as a consequence increasingly deviating orbital elements.

The authors thank Reinder Bouma for his comments on this article and Denis Vida for providing a tool to plot a color gradient.