After the successful Draconid observations [1] the moderate weather permitted me to sporadically observe in October and early November. There were quite a few clear nights, but often there was too much cirrus clouds. A report.

10/11 October
A nice session from the flat roof of my dormer. There could be observed between 23:40 and 2:40 UT. I stopped because I had to go to work. The transparency was good, but the sky background was rather light, which resulted in slightly lower SQMs as usual around 20.12. The lm was good with a 6.3. During 3,00 hours of effective observation time I counted 6 ORI, 5 DAU, 6 STA, 5 NTA and 3 EGE. Some nice appearances:
01:07 UT: a magnitude +1 SPO with persistent train in Pegasus, it could possibly have been an October Ursa Majorid.
01:28 UT: a very beautiful and very slow yellow magnitude 0 sporadic meteor in Perseus with a long wake of ½ degree.
02:37 UT: a magnitude +1 EGE is seen in Monoceros.

3/4 November
This night a nice visual session at the Groevenbeekse Heide (a heath field) near Ermelo. The nights 2/3 and 3/4 November were expected to be clear according tot the Dutch Meteorological Institute . The first night I skipped because of a bad cold. And looking back on images from the all sky camera it also turned out that there was a lot of cirrus most of the time. Only two periods of just one hour were completely cloudless.
The night 3/4 November was much better. Fortunately, the cold was already getting better and I went for a session in the early morning. The moon would rise after an hour, but it did not disturb to much the observations anymore.
Clock alarm goes off at 1:10 UT, all the observational stuff on the bike and a last sat24 check. Ok… I see a large patch of cirrus appearing above the province of Zeeland and it is moving very quickly northward. I hope it stays away from my location during the session. When I arrived at the Groevenbeekse Heide a lot of cirrus is visible low in the southwest. The rest of the sky is very clear. At 1:36 UT the observations started, SQM 20.40 and lm 6.4. In the second hour some patches of very thin cirrus are passing through my field of view. During the third hour the cirrus disppeared. I then also had to take a break to reposition myself to keep the rising moon out of the field of view.
All in all a very nice session: between 1:36 and 4:37 UT I counted during 3.00 hours (Lm decreasing from 6.4 to 6.2) 2 STA, 6 NTA, 9 ORI, 1 LEO and 30 SPO. In total, 48 meteors. 2 beautiful Taurids were seen: a magnitude 0 and -2. The ISS was also seen near the moon (a second passage at dusk was beautifully captured by the all sky camera) and a particularly bright satellite with a flare of -7 in the constellation of Taurus at 4:34 UT.

All sky camera EN-98 in October
The all sky camera also scored quite well in October 2018 with very nice captures on 8, 10 and 14 October. The re-entry burn of a Space-X rocket was also recorded. 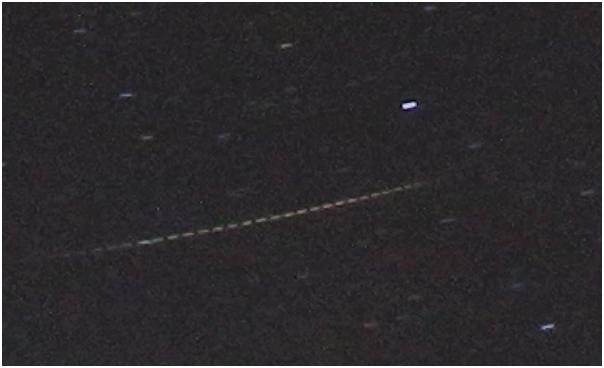 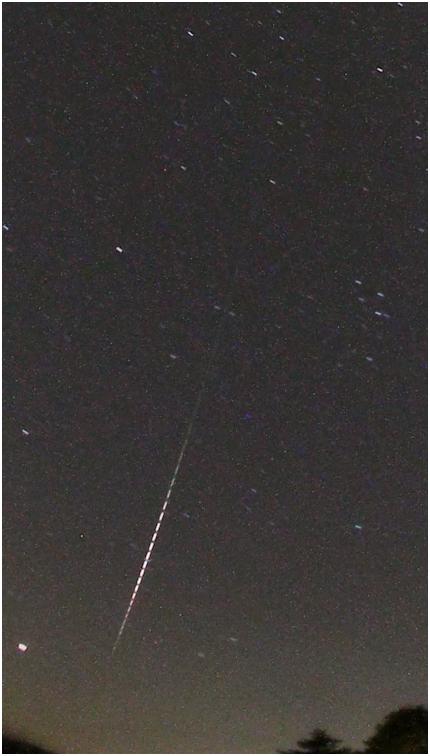 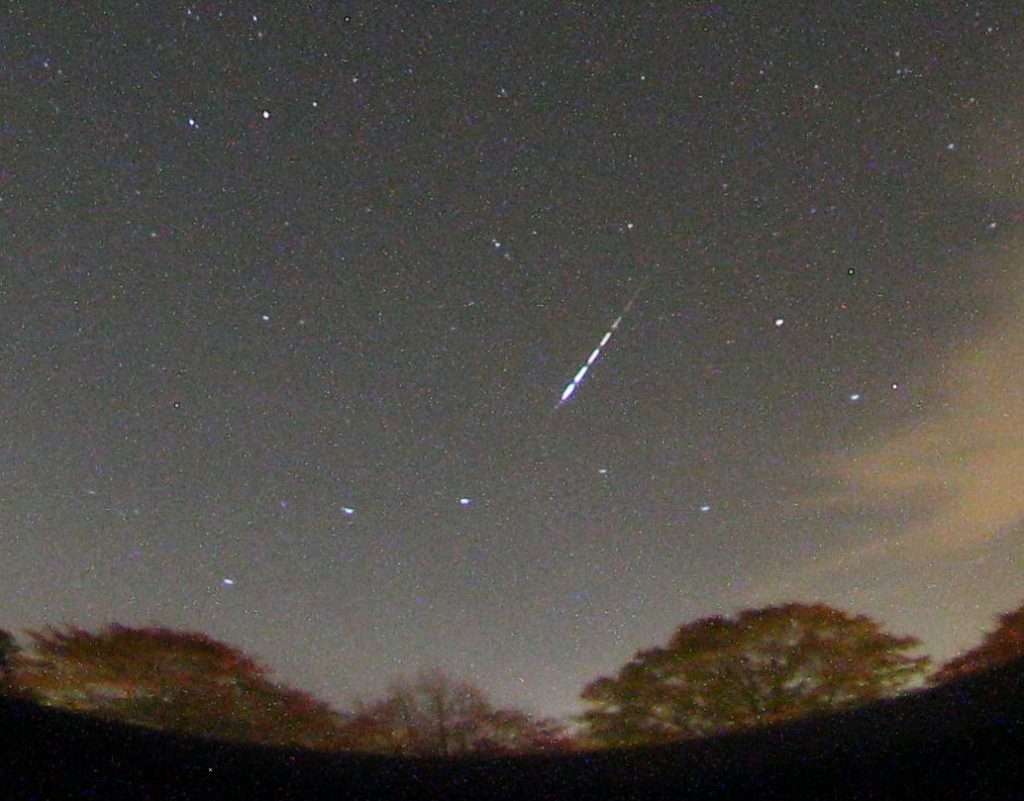