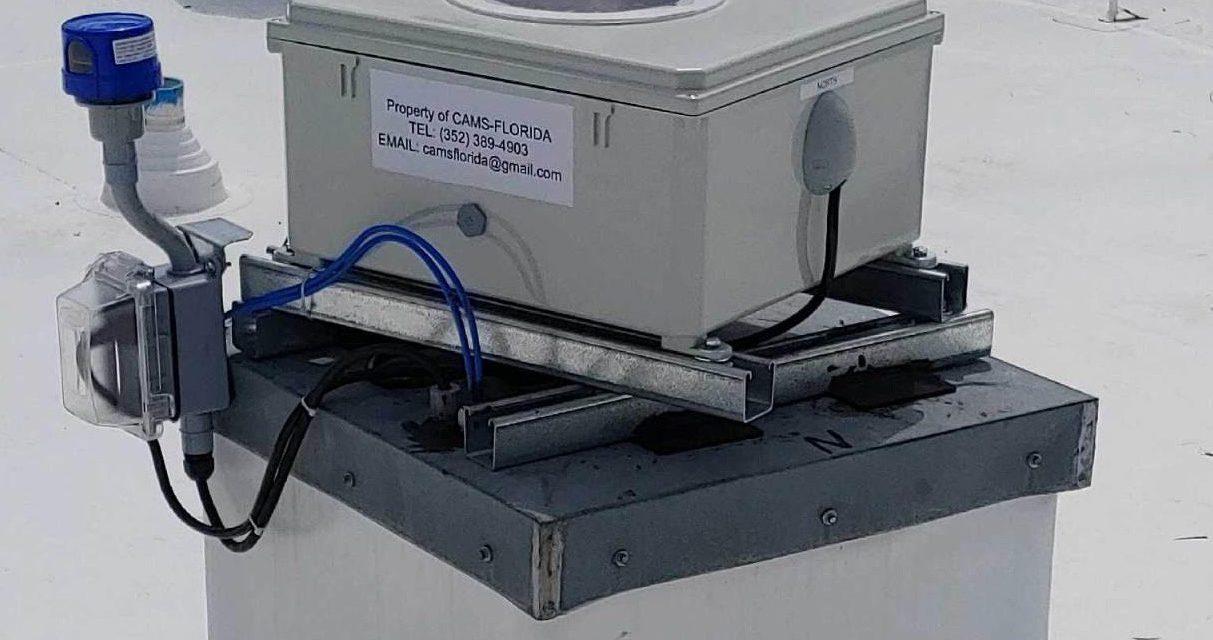 CAMS-Florida has a new meteor camera system operating at College of Central Florida (Ocala, Florida). The system, which is installed on the roof of the science building,  has camera numbers CAMS 5020-5027. Physics Professor Kisvarsanyi writes:”It comes at a time when the college is just getting an introductory astronomy course up and running, so the project has been great to share with my students!” 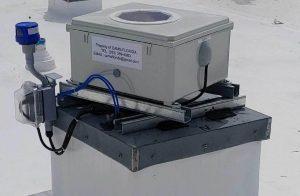 The eight miniature video cameras, purchased online, use the Sony ICX810 CCD. The camera enclosure is a polycarbonate utility box 18 inches (45 cm)  long, 14 inches (36 cm) wide, and 8 inches (20 cm) high. The power receptacle uses a GPS LightLock timer (http://www.gpslightlock.com) that automatically turns camera power on after sunset and off before sunrise. The LightLock adjusts to location and time of year, and resets automatically after a power outage. The camera box has two small, watertight vents to equalize pressure inside & outside. The 7-inch optical window is TruVue Optium acrylic which blocks 97% of UV light, is anti-reflection coated, and has a hard coat that makes it similar to glass. Acrylic has the same coefficient of thermal expansion as the polycarbonate box, to minimize stress on the sealant at the interface. The TruVue Optium acrylic was purchased at a picture framing store. A 10W heater inside the box gives just enough warmth to prevent dewing.

The first full night of operation was April 22/23, one night after the peak of the Lyrid meteor shower. CAMS-Florida contributed 142 meteoroid orbits, with the new camera system at College of Central Florida contributing to 122 of those orbits!

CAMS-Florida currently has cameras at four locations: Gainesville, Ocala, New Smyrna Beach, and Melbourne. We have plans to install another 8-camera system at Ocklawaha later this year. The network provides good coverage of central Florida, but we need more coverage in south Florida and also the panhandle (northwest part of Florida).