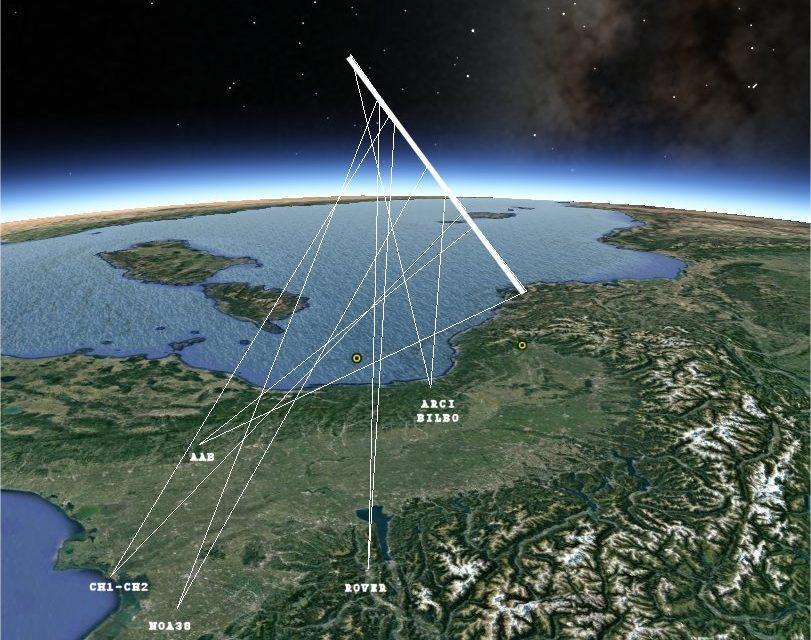 By Enrico Stomeo and Stefano Crivello

A brilliant meteor was observed in northern Italy at 20h59m07s UT on 24 January 2019. The bolide was recorded by 7 cameras and 4 radio stations. The trajectory of the meteoroid over north-west Italy was calculated together with the orbit in the Solar System.

At 20h59m07s UTC on Thursday, January 24th, many people throughout northern Italy observed a large meteoric fireball which crossed the sky showing a bright trail in prevalence over the Ligurian Sea.

There have been many reports and visual testimonies from northern Italy and from neighboring countries, some of which through the IMO fireball platform (https://fireball.imo.net/members/imo_view/browse_events). Among the useful observational data there were also video and radio records.

The brilliant meteor was filmed by seven video stations that collaborate with the Italian Meteor Group (IMG) /UAIsm (http://meteore.uai.it), which captured different parts of the fireball path (Table 1).

Table 1 – List of video stations that captured this fireball.

Some useful indications have been selected from the visual reports, among the most accurate and not affected by errors due to the distance of the meteor or the poor experience of the observer. The visual reports indicated a very strong maximum apparent brightness, at least as bright as the quarter lunar phase (–10m) if not more.

From the visual reports it appears that the flight was visible for a few seconds during which the meteor displayed, according to some witnesses, fragmentation and a change in color from blue green to yellow red. Nobody reported hearing any noise. 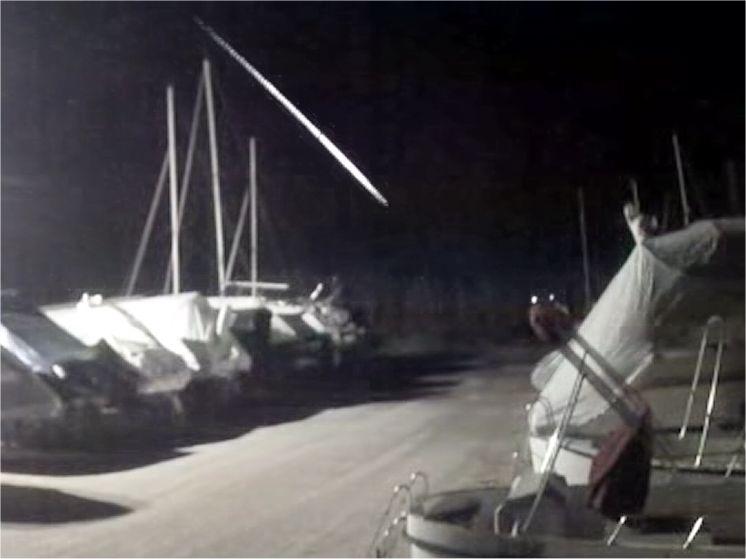 Figure 1 – Central part of the fireball captured by CH1. 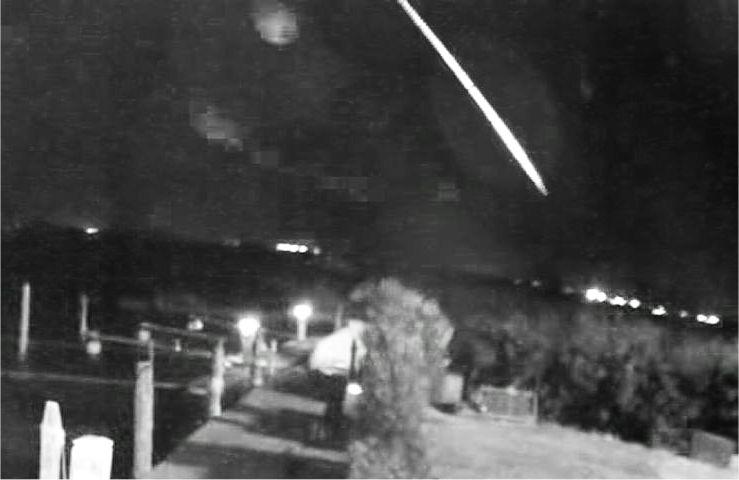 Figure 2 – Central part of the fireball captured by CH2.

The best observational conditions were for the BILBO and ARCI video cameras that saw the event near the zenith. Unfortunately, the proximity of the bolide to these two stations has created a serious problem, because in the second part of the path the flare of maximum brightness has completely saturated the field of view and therefore the recognition software was unable to detect, calculate and record the many astrometric positions, as well as unfortunately to save in real-time all the sequences of the images of the individual frames. 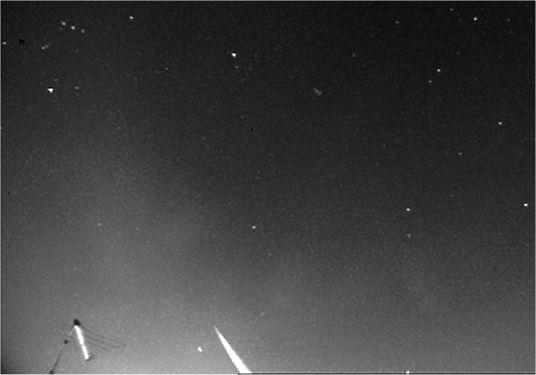 Figure 3 – Initial part of the fireball captured by NOA38. 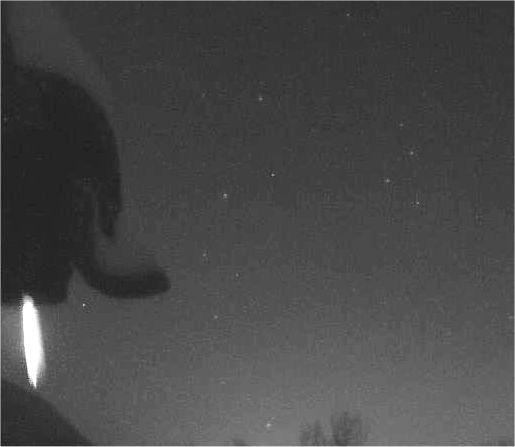 Figure 4 – Final part of the fireball captured by AAB. 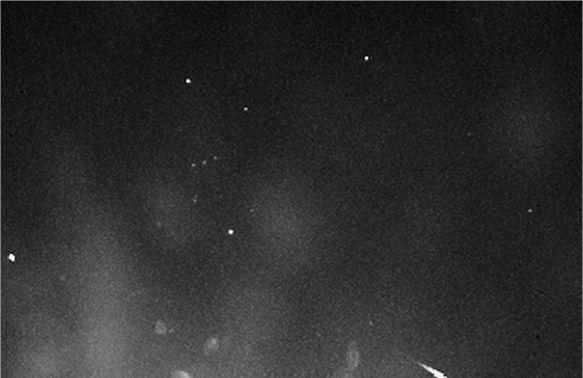 Figure 5 – Initial part of the fireball captured by ROVER.

The NOA38 and ROVER stations, hundreds of kilometers away from the event, only filmed the fireball in the first part of the path, when the object was at its highest altitude.  The availability of video data captured in the vicinity of the event (ARCI and BILBO) has changed the preliminary results initially deduced only from these two distant stations, results that assumed a trajectory a little more south-west of the real one and ending above French territory.

On the opposite, the AAB station has seen the fireball appearing practically from the edge of the field of view, between obstructions, only in its terminal phase.

Regarding the two cameras CH1 and CH2, it should be considered that they are surveillance instruments pointed on the horizon and that, moreover, they are not particularly sensitive. Given the considerable distance from the event, both have not seen the beginning of the meteor and have not captured the actual end of the bolide.

Figure 6 – Spectrogram of the event recorded by ®FAEN.

Figure 7 – Spectrogram of the event recorded by ®VENL.

Table 2 – List of radio stations that registered this fireball.

The bolide was also recorded by four radio stations collaborating with IMG, oriented in the direction of the radar Graves (Graves Radar TX  47.348°N 5.516°E central France) so as to receive the pulses transmitted on the frequency 143.05 mHz in the case of meteoric events (Table 2).

Figure 8 – Spectrogram of the event recorded by ®ROVE.

Figure 9 – Spectrogram of the event recorded by ®RECH.

The radio signal was reflected to the ground as long as the atmospheric layers were ionized by the impact of the meteoroid with the Earth’s atmosphere. In Figures 6, 7, 8 and 9 the turbulence of the trail and the persistence of the echo of the hyperdense trail are visible, the yellow and red zones indicate the signal intensity at that frequency and the doppler shift of the monitored Graves radar. In the case of the ®ROVE radio station the spectrogram is specular with respect to the others as the reception is set in LSB instead of USB.

The astrometric measurements were either checked or even performed again in the case of the surveillance cameras.  The calculations were done using different methods by the IMG team software. Only velocity differences of less than 4 km/sec between stations and triangulations with convergence angles greater than 10 degrees were considered, because small convergence angles can generate large positional errors. All triangulations were also weighed against the convergence angle taking into consideration whether or not produced by calibrated cameras or by surveillance cameras with wide-angle lenses.

By combining the video data available, it appears that the bolide became visible in the atmosphere at a height of 105.6 km over the Ligurian Sea (44.009°N, 9.265°E) and ended at 26.2 km in the sky just north-west of the city of Mondovì in Piemonte (44.429°N, 7.684°E).  The map (Figure 11) shows, in addition to the pointing directions of the individual video stations, the projection on the ground (yellow points) of the atmospheric trajectory of the meteoroid.  Figure 10 instead shows the geometry of the atmospheric trajectory of the bolide. 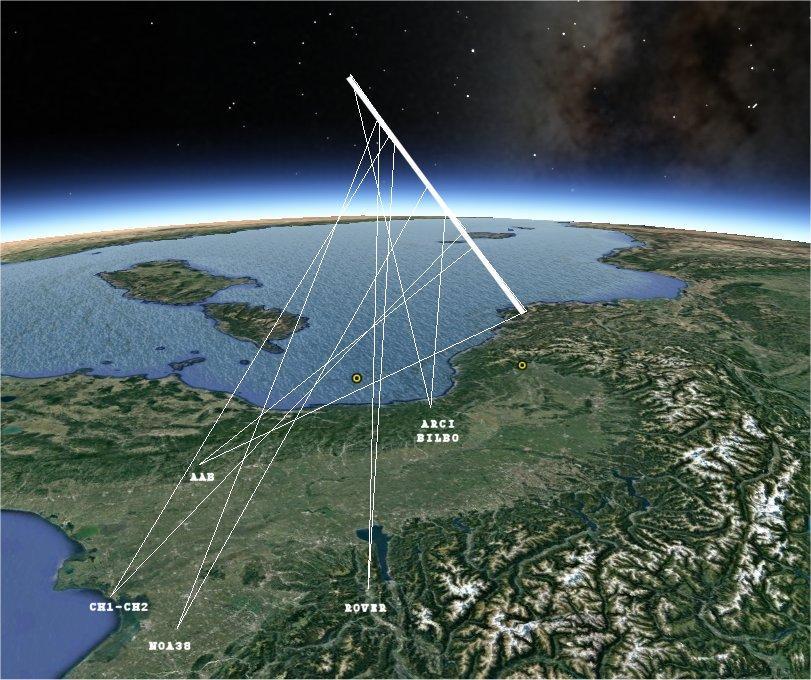 Figure 10 – Geometry of the atmospheric trajectory of the fireball as seen from the north-east.

Combining (and weighting) all the data shows that the body entered the atmosphere along the trajectory with an average speed of 33.5 km/sec, an average inclination of 32.5° with respect to the ground and an average azimuth, seen from the end point, of N_113.1°E.  During the long 4.4 second path the velocity showed a progressive slowdown of about 2–3 km/sec. 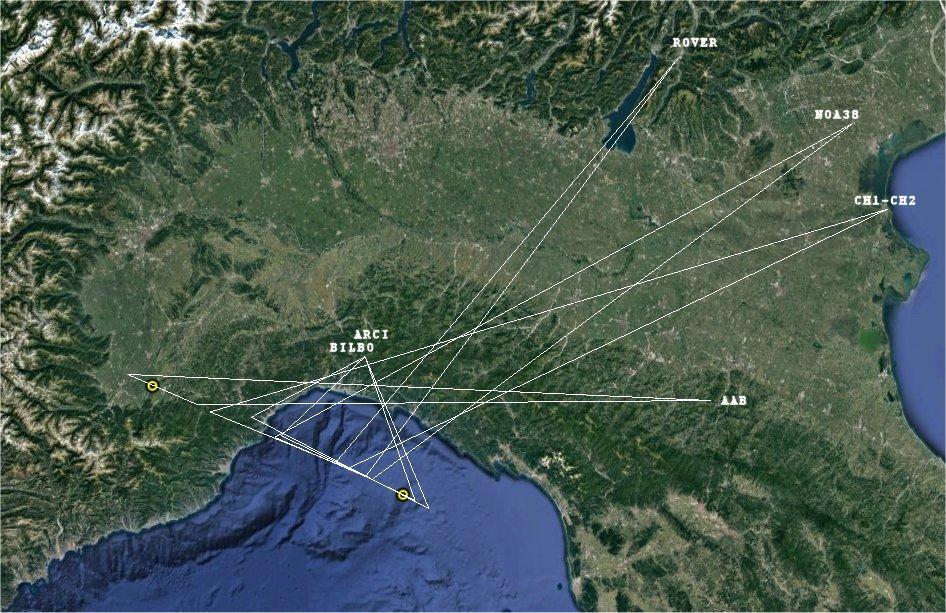 Figure 11 – Ground projection of the atmospheric trajectory of the fireball.

The radiant was found to be near the ecliptic at RA 138.7° and Dec. +8.0° (eq.2000) between the constellations of Cancer and Hydra. No known meteor shower could be associated. Figure 12 shows the most likely orbits of the meteoroid, resulting from the best triangulations. 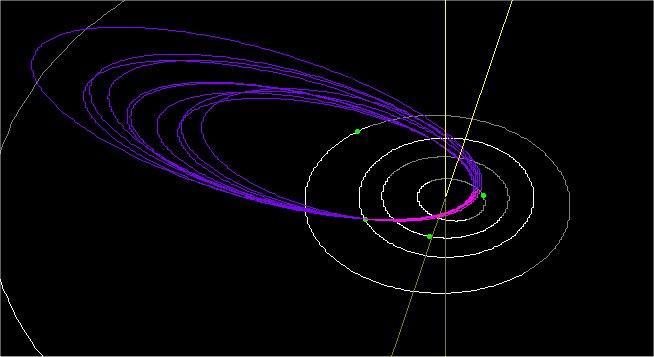 The most probable values that describe the atmospheric trajectory and heliocentric orbit of the meteoroid are summarized below (all eq. 2000):

A preliminary comparison of the orbits found with those of known cometary or asteroidal objects indicates a possible probability (D-Criterion = 0.175) of similarity with the asteroid 356394-2010QD2.