Abstract
An analysis is presented of the visual observations of the Geminids gathered in December 2018. In 2017 there were two main peaks in activity of the Geminids, a first at solar longitude 261.9 ° and the second at solar longitude 262.2 [1 & 2]. The first peak is also seen in de 2018 data although slightly later in time. The second peak was not observed as this time was not covered by observations in 2018.

Introduction
The year 2018 was an excellent year to observe the Geminids. With a Moon in its First Quarter on December 15, this only meant some moonlight in the evening sky. This article gives the results of the analysis of the Geminid activity in 2018, based on visual observations. In addition, this analysis is compared with the analysis from 2017 [1 & 2]. The 2018 analysis is interesting because in the series of previous years 1994-2002 and 2010, the Moon still disturbed considerably. In that respect, 2018 is the best year in terms of moonlight compared to the years mentioned. In 2026 the Moon will not disturb the observations at all and we can map this series of years even better! See also table 1. In this article, however, no comparison with this series of years as done in [3 & 4]. The author returns to this aspect separately in a forthcoming article.

Zenithal Hourly Rate
The ZHRs are always calculated according to the method of Peter Jenniskens as described in [4, 5]

However, the radiant height correction factor “gamma” is set to 1.0 instead of 1.4. After all the data that met the criteria mentioned had been obtained, 8826 Geminids remained for processing. For the nights up to December 11, all ZHR values per night were calculated (weighted averages); for the night 11/12 December from the periods before and after 00h UT, for the nights 12/13, 13/14 and 14/15 December the ZHR could be determined per hour over Europe and partly for America. The results are presented in table 3 and figure 2.

For this night the author used 15-30 minutes counts to obtain a weighted average of the ZHR. Figure 4 shows that this year two impressive sub maxima were observed above Europe and America. A first maximum took place above Europe on December 13 around 02h30m UT with a ZHR of 70 ~ 5. This is followed by a decrease in activity to a ZHR 38 ~ 3 around 4h30m UT. Then a second maximum follows around 7h45m UT with a ZHR of 75 ± 11 best visible above the eastern part of North America. After this peak the activity decreased back to ZHR 40-50. It is striking that both peaks show a clear increase and decrease that fall within the error margins. So, in other words these are two real peaks. Unfortunately, there is not enough data available from Asia so that we cannot say anything about the activity of the Geminids there.

Outlook for the 1st and 2nd Geminid maximum in 2020
In table 4 (below) the author made predictions for both maxima of the Geminids. It has been assumed that the two maxima are always a recurring phenomenon. Furthermore, the first maximum is based on the value found in 2018 at λʘ 262.95. The first peak of 2017 was slightly earlier than in 2018 . The second maximum is based on λʘ 262.2. Therefore, this year is important, because we can more or less observe the two maxima from Europe for the first time. Between the maxima we will probably have the well-known dip in activity that went much deeper in 2017 than in 2018. So, be aware of some disappointing activity between both peaks (ZHR 60-100)! That observations of both peaks were not possible in 1994, 2002 and 2010 was because the 1st maximum always took place too early, so it was still not yet dark enough or the radiant height was too low.

Table 4. Prospects for the Geminids in 2020 from different locations. In the column λʘ in blue the expected solar longitudes for both maxima. At right 5 columns with the radiant elevations at specific locations. The blue numbers in bold indicate the maximum radiant height at that specific location. The good observing period is indicated in light blue, considering radiant rise and / or start / end of the twilight.

If we look at Table 4, there are advantages and some disadvantages for all locations. Incidentally, it is worth mentioning that in the evening during the Geminid maximum (period) a beautiful conjunction is visible between the planets Jupiter and Saturn. Also, the planet Venus will also be visible in the early morning hours.

From the Netherlands, we can observe a nice long period and both maxima will be observable. During the 1st maximum the radiant height is around 18-26 degrees. The 2nd maximum takes place during maximum radiant height. After that we can still see the decreasing branch with the bright Geminids for 4 to 5 hours! The disadvantage is that the chance to have a clear night in December in the Netherlands is only 10%.

From Portugal, the 1st maximum is barely visible because of a very low radiant height (only 10 degrees). The advantage is that after the 2nd maximum you can still enjoy the bright Geminids for 5 to 6 hours. In Portugal there is a better chance for clear weather than in France. In Portugal there is a 40-50% chance to have a clear night in December.

From Tenerife, the 1st maximum is not visible because the radiant is below the horizon at that moment, but the 2nd maximum is good with the big advantage that the decline in activity with many bright Geminids for 5 to 6 hours can be observed. Weather conditions are better than in southern France and Portugal with 50-70% or more chance for a clear night.

Acknowledgment
The author thanks Paul Roggemans, Michel Vandeputte and Carl Johannink for critically reading this article and for their advises. In addition, a huge word of thanks to all the observers who have observed the Geminids of 2018. The author knows from experience how difficult that can be in terms of finding clear weather and/or cold weather conditions. It takes a lot of perseverance! Hope you are all active during the coming Geminid returns! The observers in 2018 were: 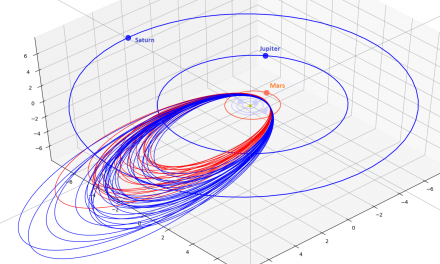