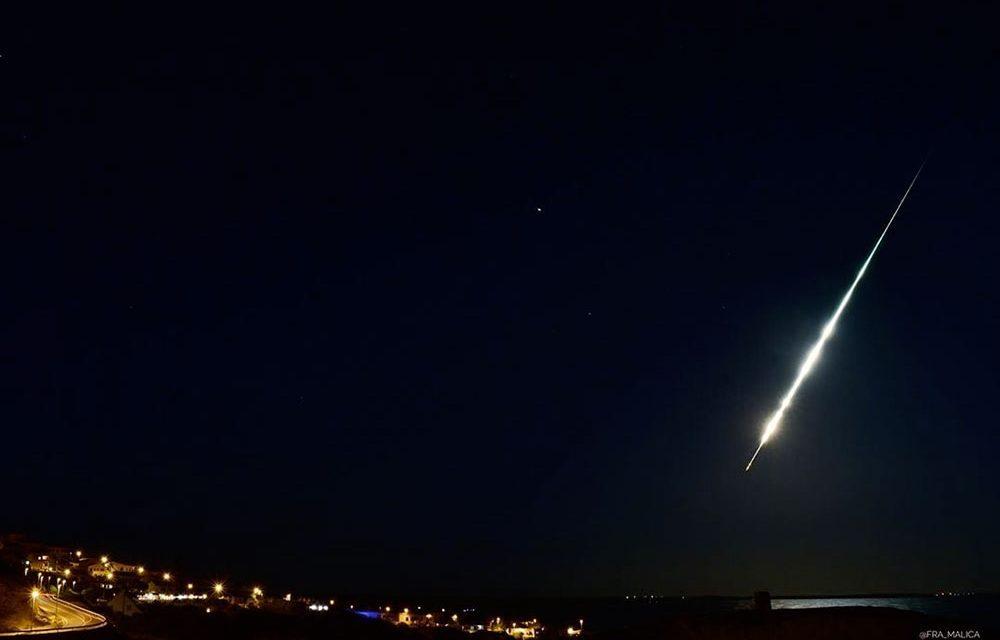 Numerous people from Spain, Italy and France witnessed this event as reported on the IMO website form.

But most of the witnesses are located at the islands Sardinia and Corsica where the fireball enlightened the ground. 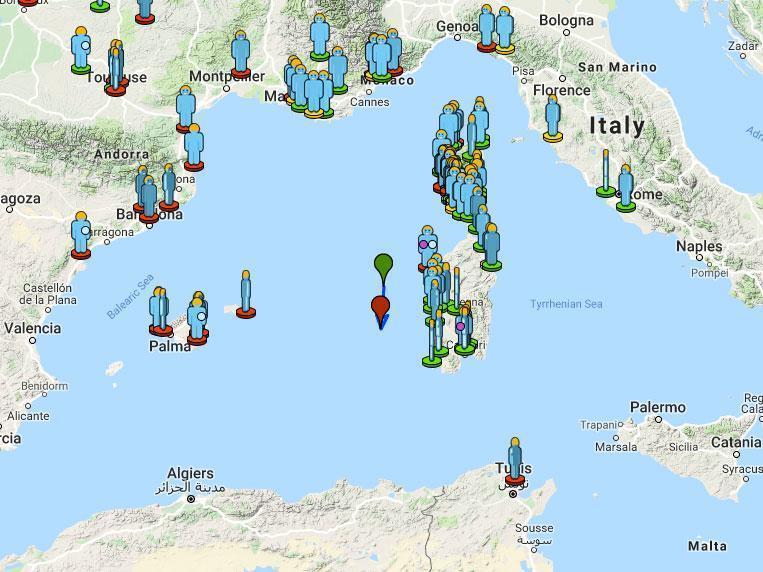 The object crossed the field of the DSLR camera of Francesco Malica when he made tests for startrail pictures at S’Archittu.

Also a driver at Sardinia, Claudio P. was on the Stella Maris road at Oristano when he caught the fireball with his dashcam.

Somewhere on the west coast of Sardinia, the fireball streaked across the sky during a country dance music performance.

This superbolide was so bright that it was spotted by video meteor camera located from Ibiza until the Puig des Molins observatory, 600 km away from Sardinia.

The Spanish Meteor and Fireball Network (SPMN) operating this station evaluated the luminosity to magnitude -16.

Using videos and pictures recorded, the location of the atmospheric entry of the meteor can be found.

The azimuths and elevations are derived from the records of Francesco Malica/S’Archittu, Claudio P./Oristano, AAE observatory/Ibiza and on a fourth picture from the meteo webcam at Asuni.

Table 1- The positional data for the four locations.

The first big burst location could be determined with a sufficient accuracy on the direction from the pictures of Francesco Malica and Claudio P. as well as with a less good accuracy from AAE observatory footage.

We can compare the locations derived from these pictures and the trajectory found from the visual reports of the IMO, the meteor passed 100 km west of the coast of the island Sardinia, heading South but a hundred kilometres SSW of the trajectory calculated by the IMO. 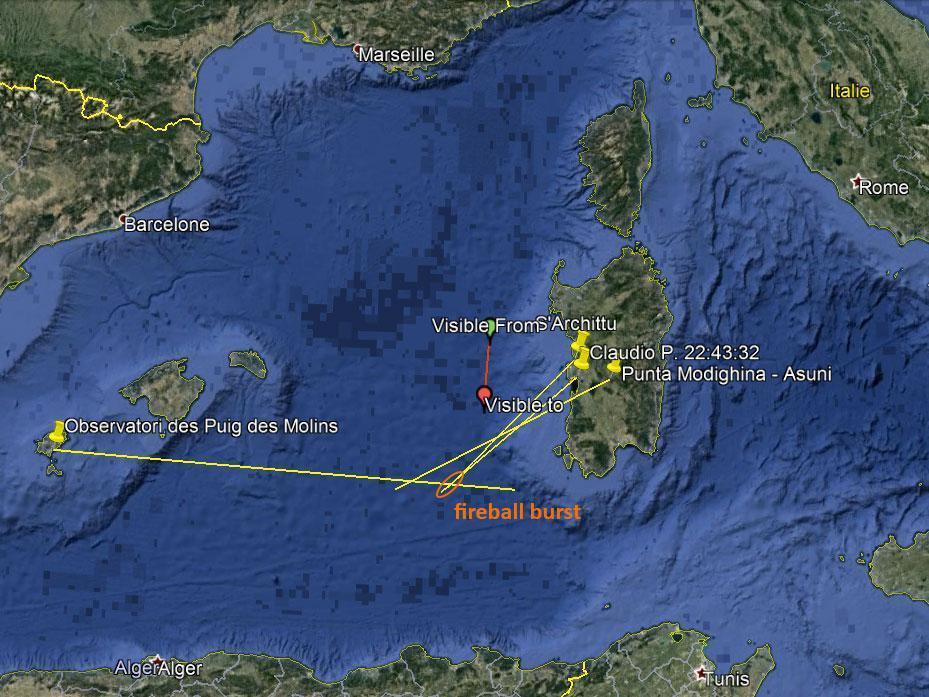 According to the CNEOS/NASA/JPL report from the U.S. Government space sensors, the velocity of the asteroid was 14.9km/s at it’s maximum bright position lat : 38.9°N , long : 7.0E , altitude : 36km

They calculated an impact energy close to 0.9 kt