A summary of the activity of the CAMS BeNeLux network during the month of July 2019 is presented. July 2019 offered exceptional many clear nights resulting in 13243 multiple station meteors, with a new record number for the month of July of 4139 orbits obtained by the network.

During the first seven years of the CAMS BeNeLux network the month of July often proved rather unfavorable for astronomical observations. The still short nights with only 5 to 6 hours of observing time are easily ruined by bad weather. The overall meteor activity increases significantly during this month with some well-established showers late July while Perseid activity becomes clearly visible. Until now, July 2018 was the best month of July for our CAMS network, what would July 2019 bring?

CAMS BeNeLux collected 13243 multi-station meteors, good for 4139 orbits. These are the best results ever for a month of July.

July 2019 offered the same number of nights with clear sky as July 2018. More than half of all July nights were almost completely clear nights for the network, with most of the other nights offering reasonable chances to collect multiple station meteors under partial clear sky. All nights allowed to register meteors except 13–14 July, that night was too bad to have any single orbit. 17 nights had more than 100 orbits, 9 nights had more than 200 orbits. July 29–30 was most successful with as many as 504 orbits, a record so far for a July night. The statistics of July 2019 are compared in Figure 1 and Table 1 with the same month in previous years since the start of CAMS BeNeLux in 2012. In 8 years, 191 July nights allowed to obtain orbits with a grand total of 14640 orbits collected during this month in all these years.

The CAMS network suffered significant less technical problems than last year. Some cameras were temporary unavailable due to malfunctioning framegrabbers (EzCap) and some data was lost due to a phenomenon that we call “shuttered meteors”, fragments of detected meteors that fail to get recorded resulting in an incorrect duration and therefore erroneous velocity determination. It is not clear what caused this relative new phenomenon which occurs at stations that got a more recent version of CAMS.

BeNeLux CAMS network had a last major expansion in 2017. Unfortunately, the strategic important CAMS station Ooltgenplaat quit in June 2018 after fire damage.  Finally, some more new cameras were added to the network. Jean-Marie Biets added a new camera (379) at Wilderen, Belgium. Adriana and Paul Roggemans, with the help of Guiseppe Canonaco and Denis Vida installed another RMS on the building of Cosmodrome in Genk, Belgium, while the existing new RMS cameras 3830 in Mechelen and especially the 3814 in Grapfontaine, Belgium, continued to provide plenty of multiple station data with a top score of 839 orbits in Grapfontaine! 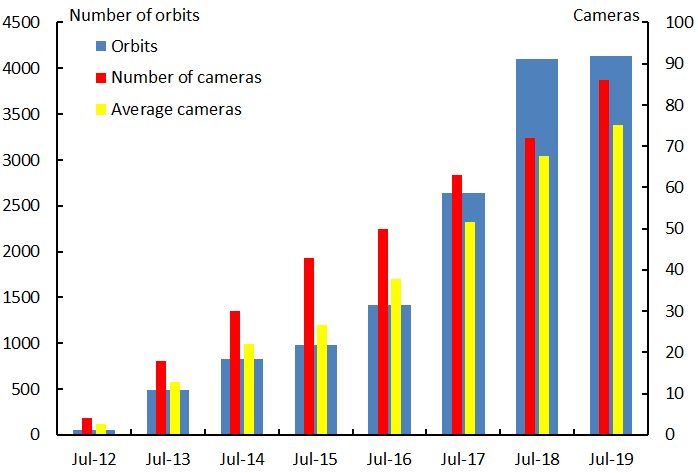 Altogether at best 86 cameras were available this month, 63 of which functioned all nights thanks to AutoCams. On average 87% of all operational cameras were active, against 94% one year ago.

The few new RMS cameras installed in Genk, Grapfontaine and Mechelen contributed large numbers of multiple station events. The coverage of the atmosphere over Belgium improved tremendously, especially the south-eastern part and Luxembourg. With all stations in Belgium functioning 7/7 with AutoCams, the region of interest to have common events between the video data of CAMS and the radio echoes of BRAMS improved a lot. Table 2 lists the 20 best performing cameras in the network in terms of orbits. The monster scores of the RMS cameras are remarkable, taking into account that the 3815 and 3830 functioned less nights than most other cameras. Although the scores are good in terms of orbits and the quality of the orbits proves to be very good, still the RMS cameras suffer too often technical problems, either due to the RPi or due to network problems.

Table 2 – Comparing RMS cameras among the twenty cameras of the CAMS BeNeLux network with the best score in terms of orbits during July 2019.

July 2019 became the most successful month of July in the CAMS BeNeLux history as it performed slightly better than July last year. 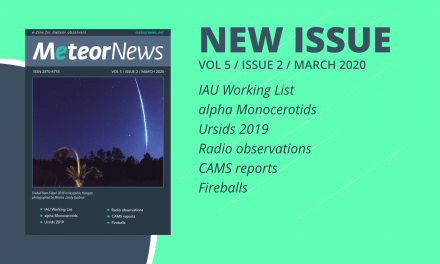