A summary of the activity of the CAMS BeNeLux network during the month of August 2019 is presented. The CAMS BeNeLux network experienced an exceptional month with favorable weather circumstances. An all-time record number of orbits for a single month was collected in August 2019. As many as 55335 meteors were recorded, 33231 of which proved multiple station, or 60%. A total of 9921 orbits were collected during this month.

The Perseid month of August remains the favorite observing month for many amateurs. The expectations were tempered for the Perseids 2019 because of the Full Moon on August 15. Luckily, video cameras with a small field of view have very little problem with moonlight and register meteors, even with the moon right in the field of view. Another advantage of Full Moon around the Perseid maximum is that no observing campaigns are planned abroad so that most camera operators stay at home with CAMS as main alternative to monitor the Perseids.

August 2019 counted only 6 nights dominated by clouds, all August nights allowed to register at least some meteors and only 16–17 and 17–18 August remained without orbits. All other nights allowed all CAMS BeNeLux stations to record meteors resulting in hundreds of orbits per night. Four nights had more than 500 orbits and August 13-14 had as many as 1175 orbits.

The statistics of August 2019 are compared in Figure 1 and Table 1 with the same month in previous years since the start of CAMS BeNeLux in 2012. In 8 years, 218 August nights allowed to obtain orbits with a grand total of 36330 orbits collected during August during all these years together. The first night of August 2019 was the 2000th night since the start of CAMS BeNeLux that orbits could be collected.

Most camera operators use AutoCams, only some CAMS stations in the Netherlands and Germany do not yet use AutoCAMS. Remote control allows to operate the cameras and to report data during the summer. While the weather was exceptional favorable, more cameras were active than during any month of August in the past. August 2018 had to do with a maximum of 72 cameras, 62.4 on average. This year as many as 87 cameras were operational at maximum, 79 on average. Especially the RMS cameras scored huge numbers of orbits. Their larger field of view with still a very good resolution provides overlap with many of the small FoV Watecs at most CAMS stations. 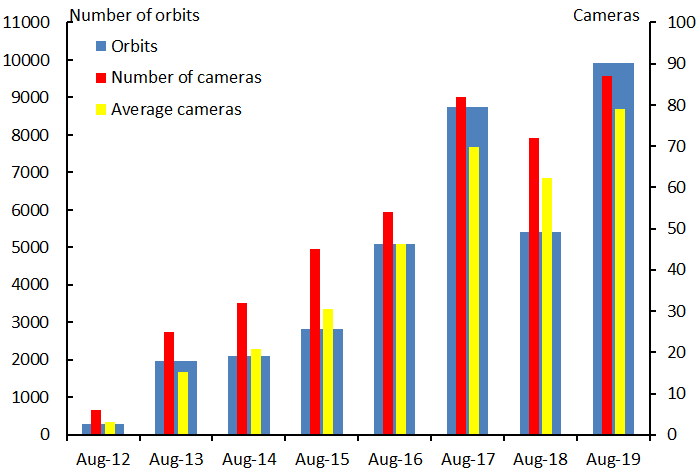 An extra RMS camera (3831) was installed in Mechelen, pointed low towards Luxembourg to give extra coverage on the south-eastern part of the network (see Figure 2 and 3). It is worthwhile to look at the number of orbits collected with these RMS cameras, compared to the Watecs in the CAMS BeNeLux network. The 20 best scoring cameras are listed in Table 2.

Table 2 – Comparing RMS cameras among the twenty cameras of the CAMS BeNeLux network with the best score in terms of orbits during August 2019. 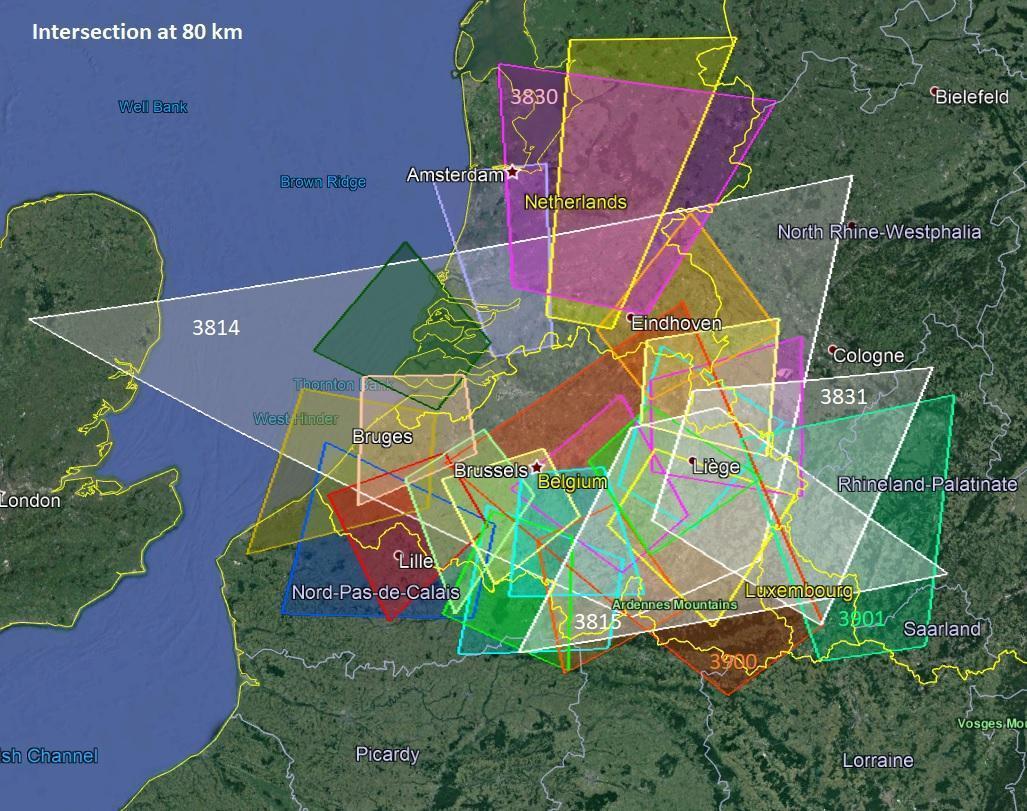 Figure 2 – RMS camera fields intersected at 80 km compared with a number of Belgian and French Watecs’FoV. 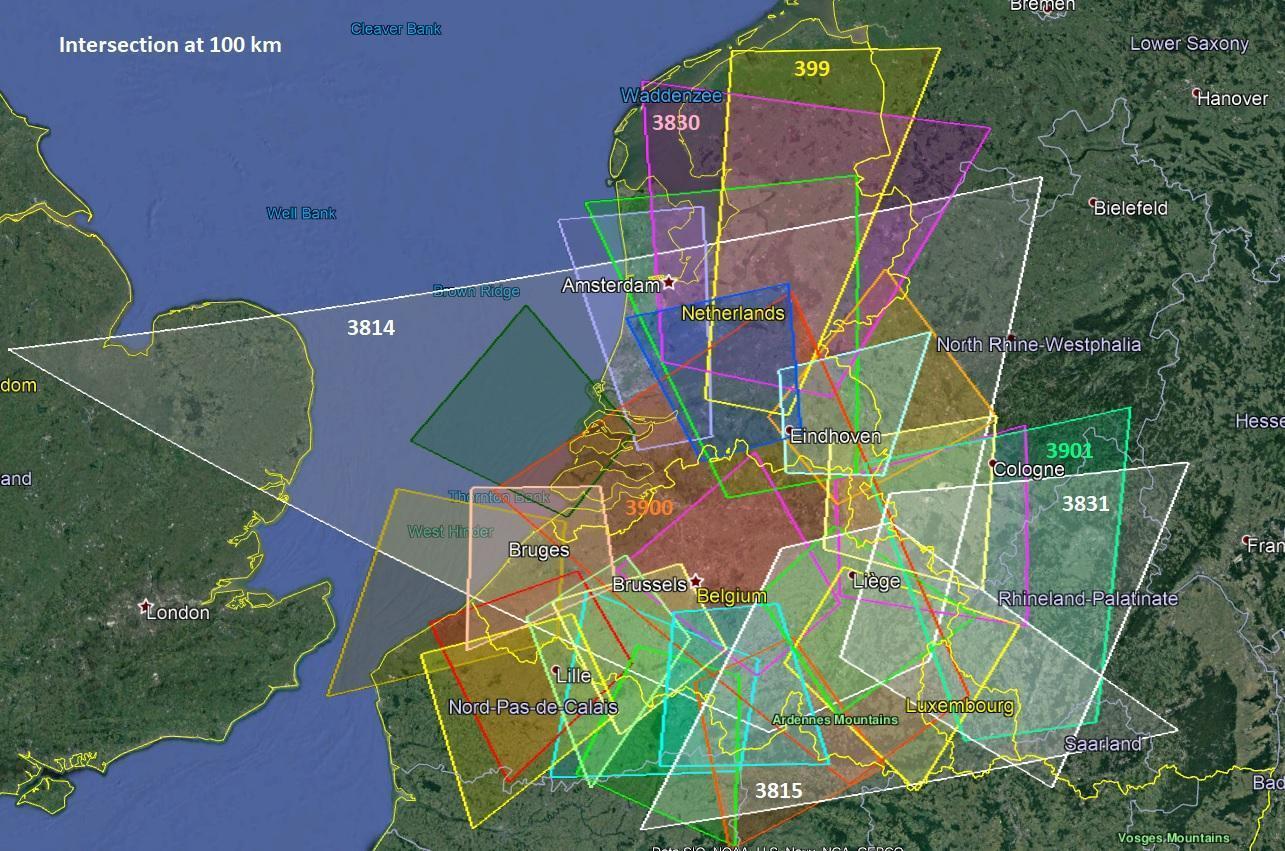 Figure 3 – RMS camera fields intersected at 100 km compared with a number of Belgian and French Watecs’FoV.

August 2019 counted exceptional many favorable nights for the CAMS BeNeLux network. In spite of the Full Moon on August 15, a record number of orbits were collected making August 2019 the best month ever since the start of the network.