Abstract: The results of the author’s radio meteor observations for November 2019 are presented, as well as the first observing results of the meteor showers of the Leonids and the Northern Taurids (NTA) according to the Canadian Meteor Orbit Radar, (CMOR).

The observations were carried out at a private astronomical observatory near the town of Molodechno (Belarus) at the place of Polyani. A 5 element-antenna directed to the west was used, a car FM-receiver was connected to a laptop with as processor an Intel Atom CPU N2600 (1.6 GHz). The software to detect signals is Metan (author – Carol from Poland). A feature of my RMS (Radio Meteor System) is the reception of signals from the smallest meteoroids that generate signals, I’ve created some scale to relate the signal level of meteors in the radio echoes and the  photographic star brightness from my all sky camera. The scale turned out to be is very approximate. up to about 6 to 7 magnitude stars.

The arrows on the graph (Figure 1) show the maximum activity of meteor shower, the shower code refers to the IAU working list of meteor showers managed by MDC. Black indicates weak activity, blue is average activity, red is strong activity, green stands for variable activity. Some minor meteor showers which are active according to the CMOR data are also indicated.

I present the first results of a study of the Leonid meteor shower activity based on the Canadian Meteor Orbit Radar (CMOR) data (Jones et al., 2005). Radiant images were analyzed using Maxim DL photometry software. The optimal SNR level for the sub-radiant was determined manually (determining while moving the cursor over the image) with a radius of 1.5 degrees at (R.A.~144° DEC ~ +22.5°) (see Figures 3 and 4), and with a radius of 3.5 degrees for the main radiant at (R.A.=153° DEC = +22°) (see Figure 6). The sub-radiant appeared on the radar on November 14th and disappeared on November 16th. 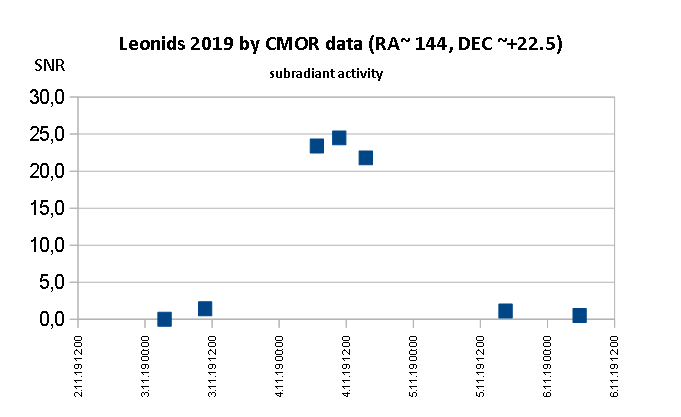 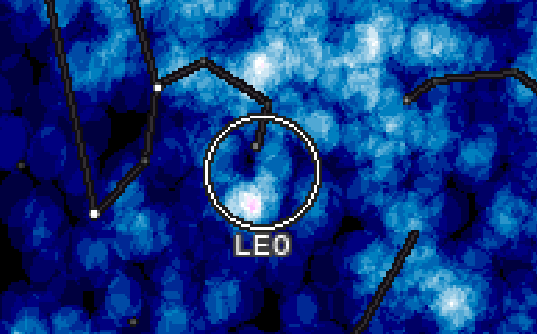 Figure 4 – Position of the Leonid sub-radiant according to CMOR data. 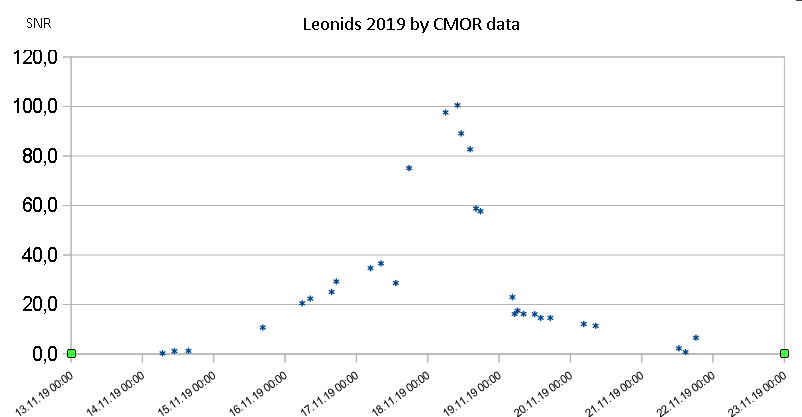 Figure 5 – The Leonid activity according to CMOR. (Signal-to-Noise Ratio – SNR is defined as the ratio of signal power to the noise power). 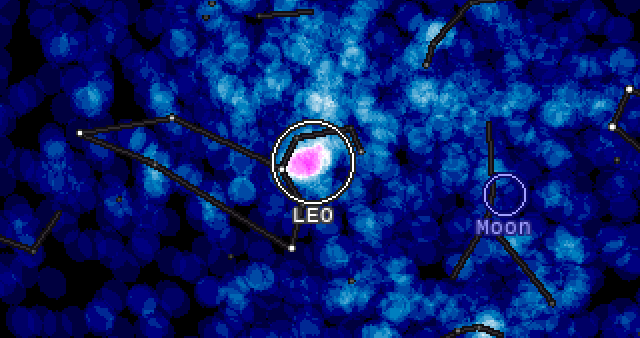 According to IMO data, the peak activity occurred a day earlier, i.e. on November 17 about 06h30m UT with a ZHR of about 29. However, in IMO there are no observations for November 18, so it is impossible to determine the exact moment of the peak activity of the shower, based on the visual data of IMO. 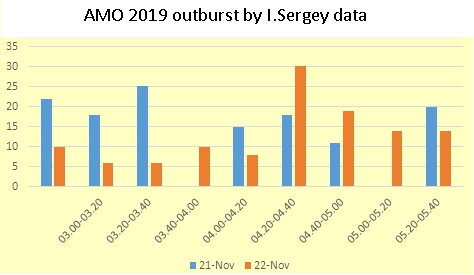 I did a radiant flux photometry (radiant intensity measurement) and drew up a SNR (Time) graph. The graph and even the images show that the radiant is very intense (there is redness) around November 13, but on November 9, the double structure is visible (Figure 9). 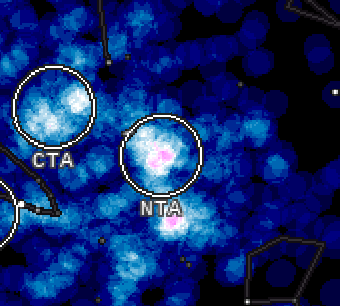 But from November 2 to November 4, the radiant is less intense, rather white without reddish color. So, the maximum NTA is around November 13, not November 3, as mentioned on the mailing list by Robert Lunsford. Interestingly, on November 9, a double radiant structure appeared.

I would like to thank Sergey Dubrovsky for the software they developed for data analysis and processing of radio observations. Thanks to Paul Roggemans for his help in the lay-out and the correction of this article. Thanks to, Christian Steyaert, for his help with the data processing. 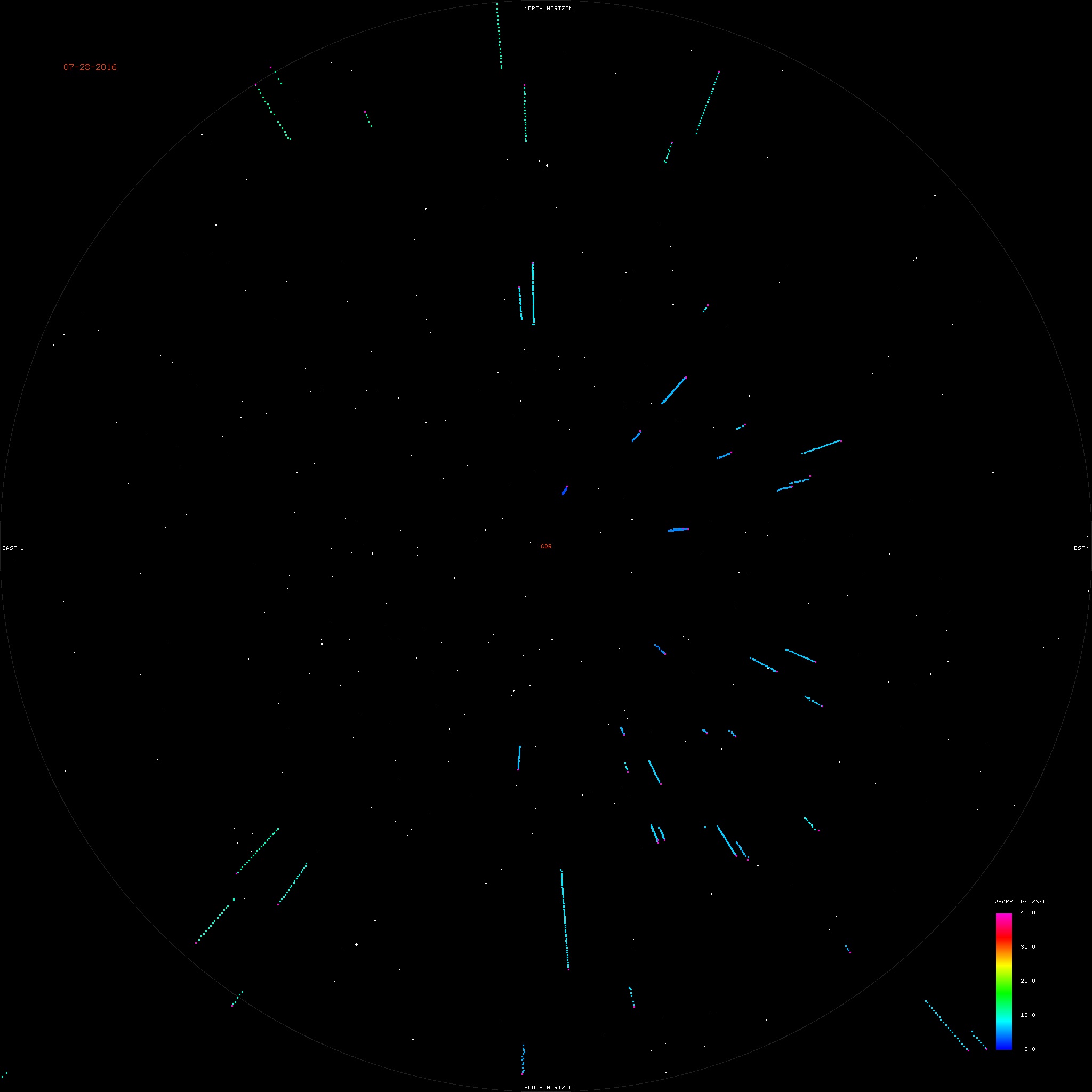