A summary of the activity of the CAMS BeNeLux network during the month of November 2019 is presented. 21142 meteors were recorded, 9339 of which proved multiple station, or 44%. In total 3237 orbits were collected during this month. Unfavorable weather and technical problems at a number of CAMS stations reduced the results during this month.

November is a typical autumn month with rather unstable weather over the BeNeLux. Completely clear nights are rare during this time of the year. However, during the long nights with 13 to 14 hours dark sky, it is also rare that clouds remain all night present. Very often clear gaps appear during which meteors can be registered. To be successful in a month like November is a matter of having the cameras operational. With most stations running Auto CAMS seven days on seven, still a lot of double station meteors can be registered during periods with unexpected clear sky.

CAMS BeNeLux collected 21142 meteors of which only 9339 or 44% were multi-station, good for 3237 orbits. This is far less than last year when 53% of all meteors were multiple station and 6916 orbits were collected. November 2018 was an exceptional favorable month while this year we got a more or less normal month of November. To make things worse several CAMS stations struggled with hardware problems or were not operational. For instance, the major CAMS station Gronau, Germany with 8 cameras has been temporary unavailable since August because of renovation work. Terschelling with 4 cameras is still unavailable since a computer failure in January. Technical problems at the CAMS stations Heesch, Alphen a/d Rijn, Genk, Dourbes and Zoersel further reduced the chances to record multiple station meteors. All in all, with 3237 orbits obtained in these circumstances, it is still a success.

This month counted 10 nights with more than 100 orbits (16 in 2018). Only one night produced more than 500 orbits in a single night (6 in 2018). The best November night in 2019 was 7–8 with as many as 2556 meteors registered, 1585 of which were multi-station, good for 502 orbits in this single night. Only three nights remained without any orbits. The statistics of November 2019 are compared in Figure 1 and Table 1 with the same month in previous years since the start of CAMS BeNeLux in 2012. In 8 years, 179 November nights allowed to obtain orbits with a grand total of 19795 orbits collected during November during all these years together.

November 2019 brought the usual autumn weather for the BeNeLux. Unfortunately, some major CAMS stations remain unavailable while several other stations had major or minor technical problems that prevented either to capture meteors, or to use the data of the meteors. Poor weather and technical problems resulted in a rather modest number of orbits.

Many thanks to all participants in the CAMS BeNeLux network for their dedicated efforts. Thanks to Carl Johannink for providing all the data on which this report is based. The CAMS BeNeLux team was operated by the following volunteers during the month of November 2019: 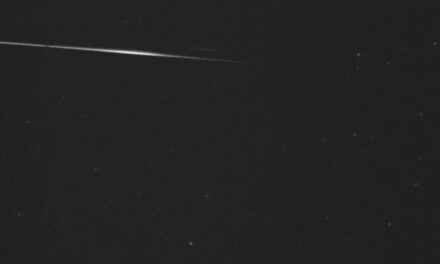