Abstract: The IAU MDC Meteor Shower Database (SD) contains many duplicate entries. The DSV complex is one of these examples and contains DSV#428, EPV#513 and JPV#500.  The COM complex and the STA complex are well known and beyond these we find a new complex.  This complex may consist of several components similar to the COM complex and more research is needed by using more abundant data.

We know several discrepancies and confusions in the IAU MDC Meteor Shower Database (SD) [https://www.ta3.sk/IAUC22DB/MDC2007/]. The case of the ‘December sigma Virginids (DSV) complex’ (Koseki, 2020) is very interesting to study.  This complex includes three showers from the Shower Database listed in Table 1: 0428DSV00 (December sigma Virginids, DSV#428), 0500JPV01 (January phi Virginids, JPV#500) and 0513EPV00 (epsilon Virginids, EPV#513).  These look like different showers when simply looking at their radiant point RP in equatorial coordinates (α, δ). However, when looking at their Sun centered ecliptic coordinate radiants (λ – λʘ, β) these are close although the λʘ values are somewhat apart.  We investigate the details of this ‘DSV complex’ using video observations mainly by SonotaCo (2009) and compare this with the results from EDMOND [https://fmph.uniba.sk/en/microsites/daa/division-of-astronomy-and-astrophysics/research/meteors/edmond/ or https://www.meteornews.net/edmond/edmond/] (Kornoš et al., 2014a, 2014b) and CAMS[http://cams.seti.org/] (Jenniskens et al., 2018).

2 Relationship of the three showers

Although the difference in λʘ seems too large to identify a shower activity, Figure 1 strongly suggests these three activities may be connected.  This figure counts the number of meteors within 3 degrees from the Sun centered ecliptic radiant point (λ – λʘ, β) listed in Table 1 and shows some additional indexes (see for details in the caption of the figure).  The DSV activity begins before λʘ < 260° and continues to be active after λʘ > 280°.  JPV is active around λʘ = 275° and the activity of EPV continues beyond the DSV activity. 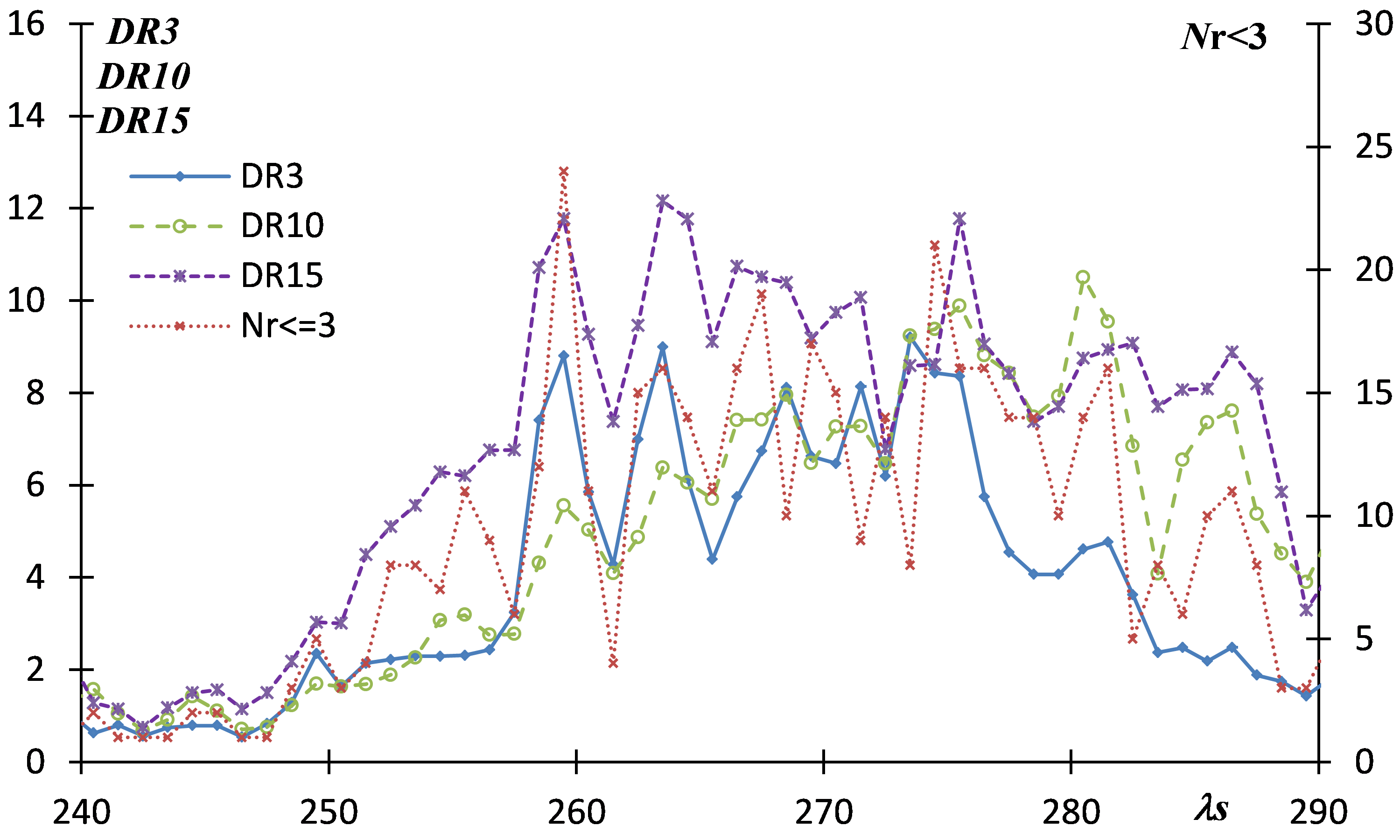 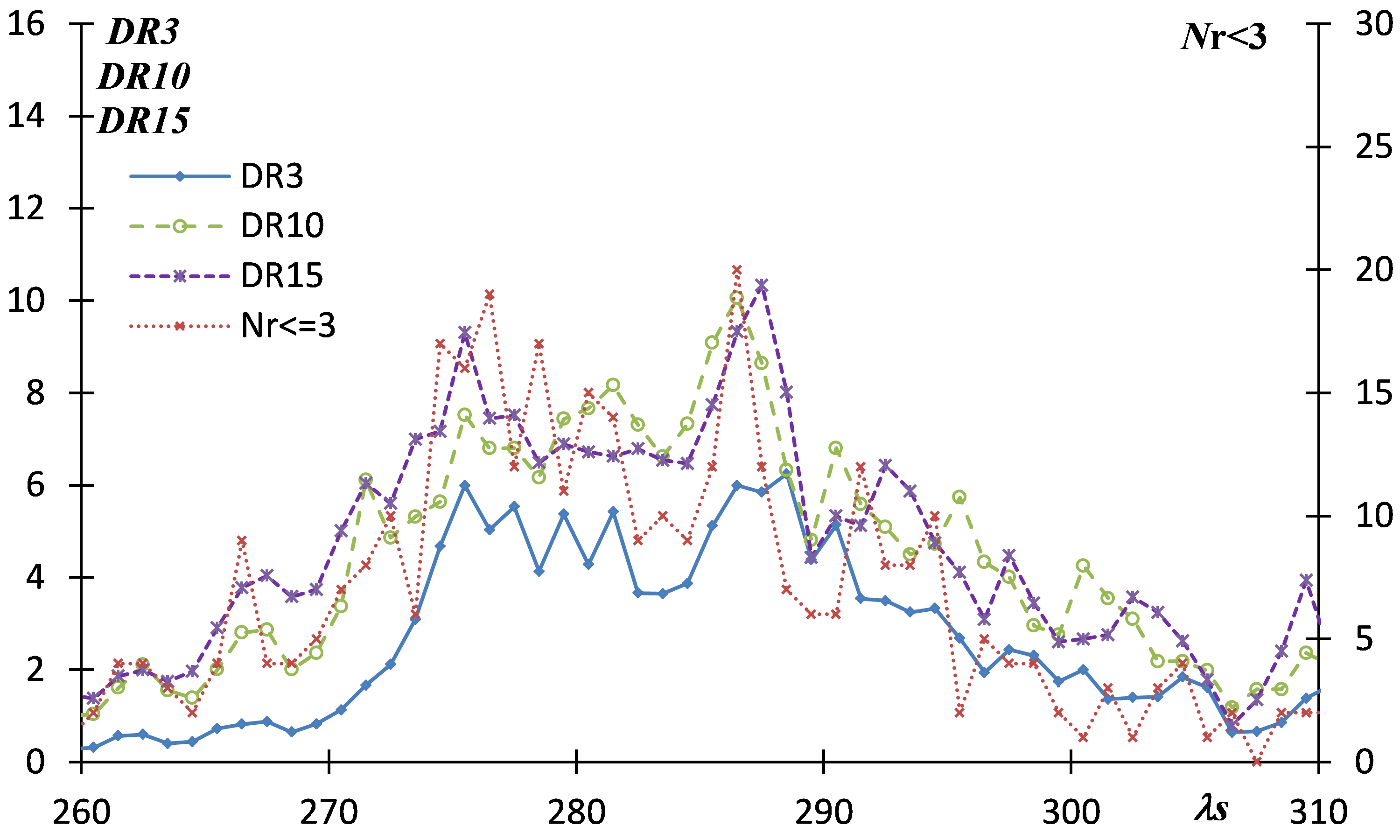 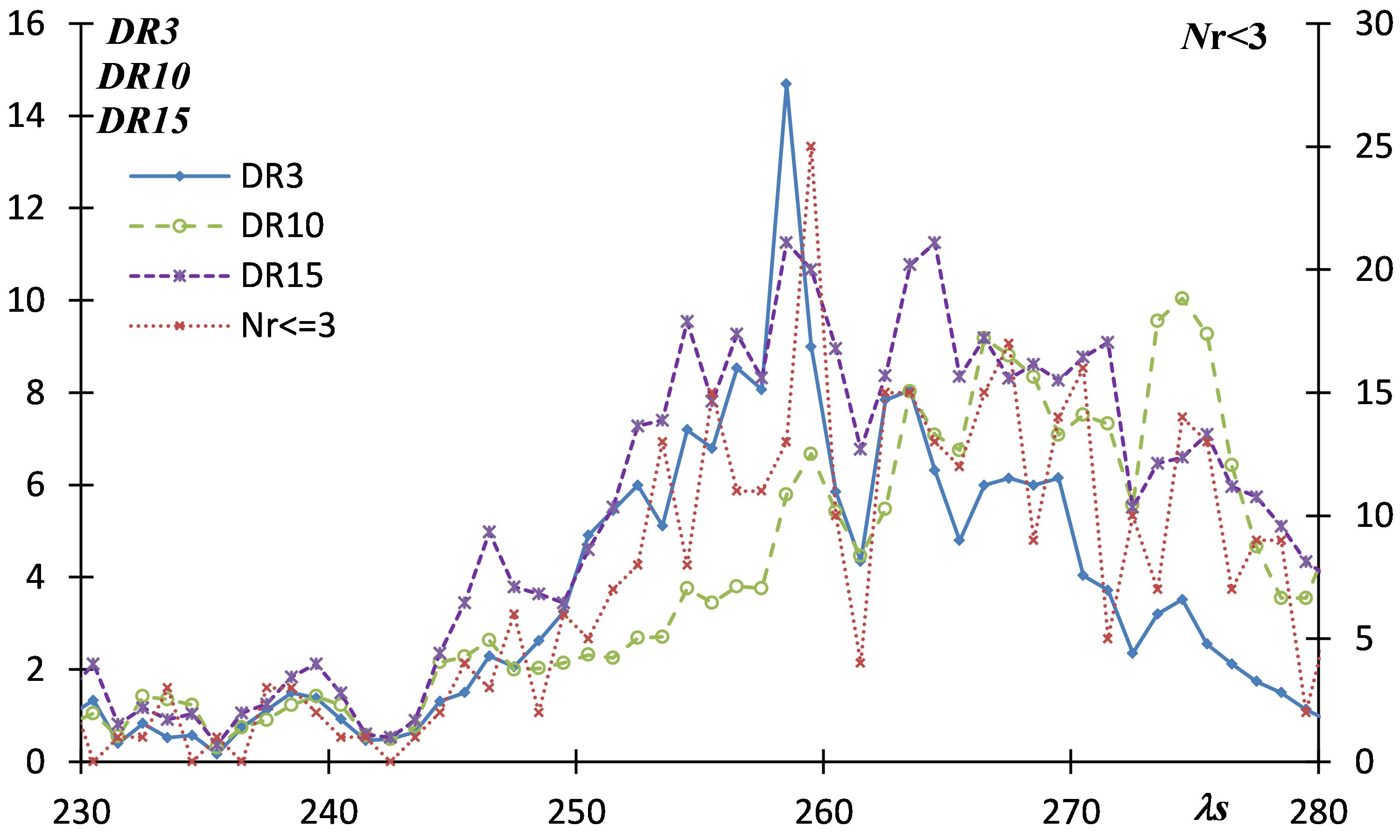 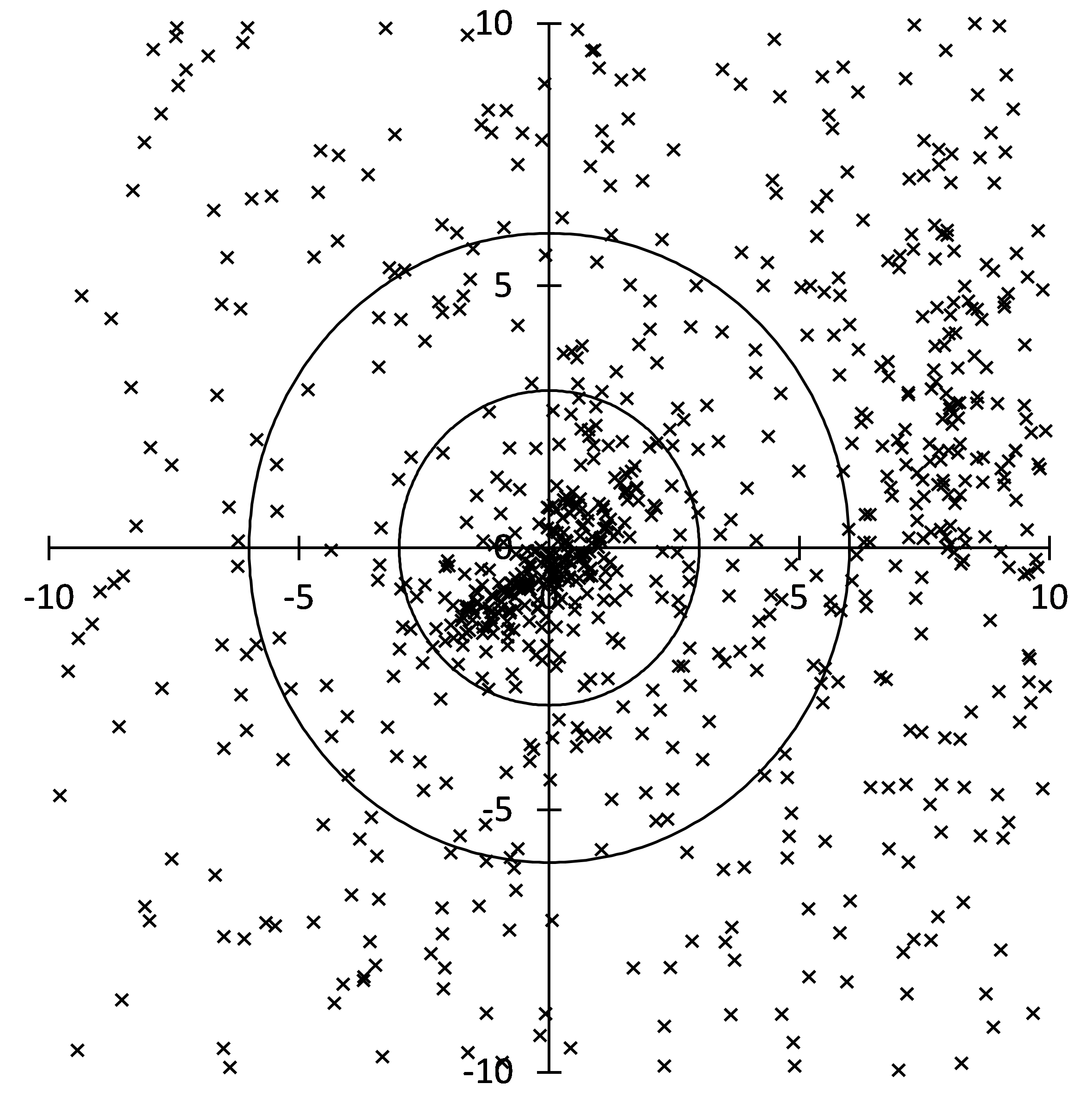 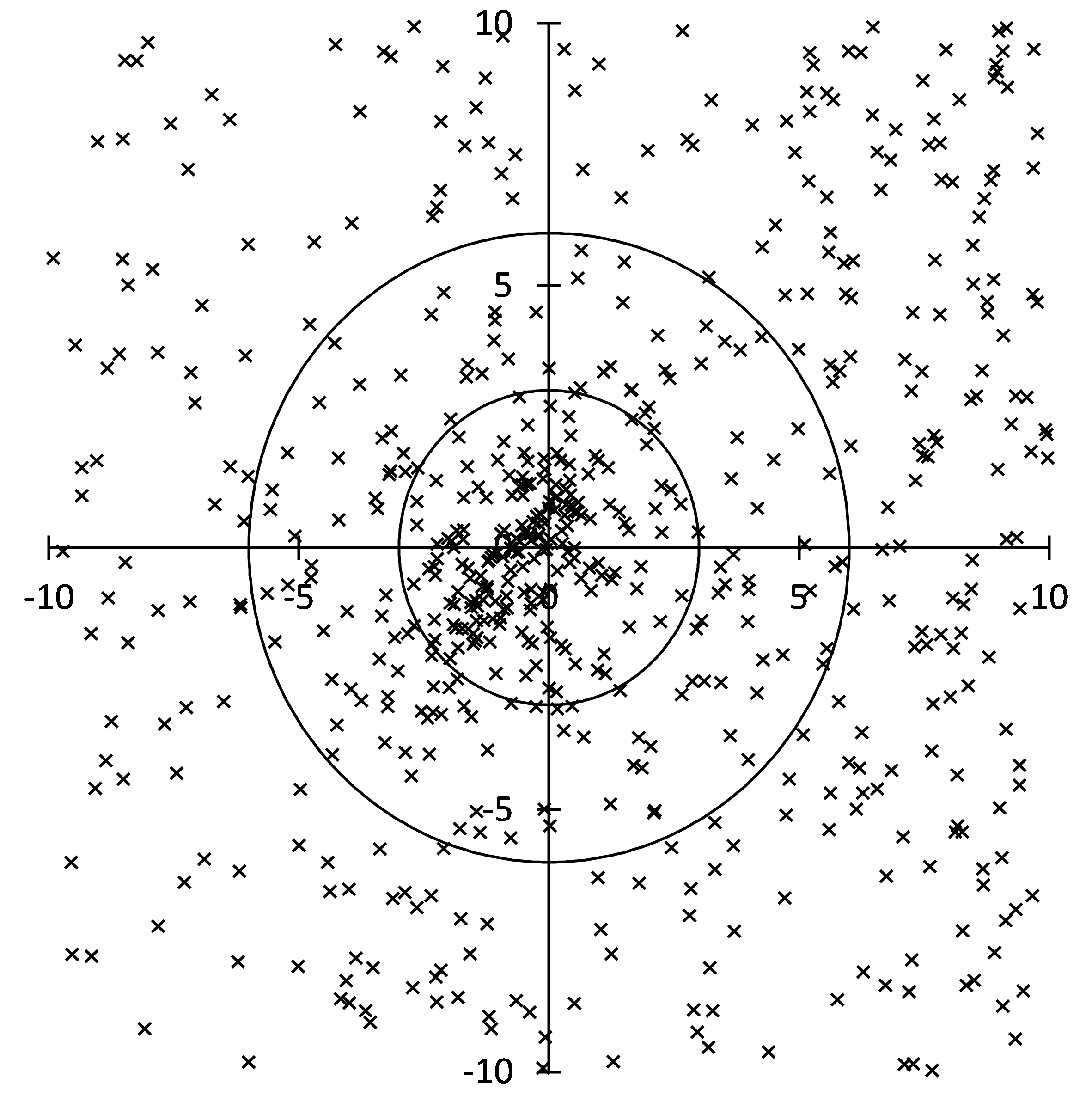 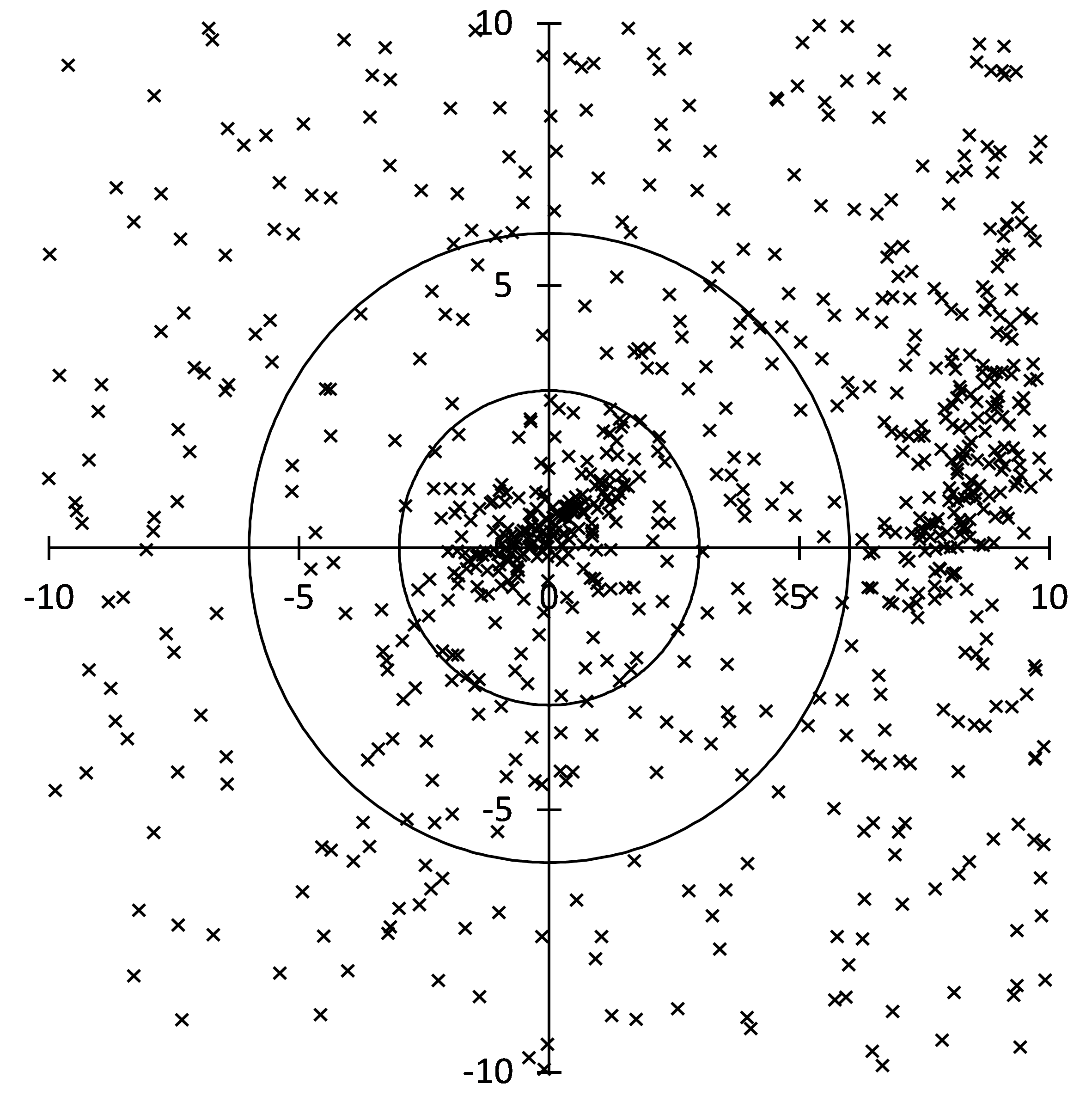 Figure 2 – Radiant distributions centered at each radiant point (λ – λʘ, β) of Table 1, within 10 degrees both sides of λʘ. Top: DSV#428, middle: JPV#500 and bottom: EPV#513. The y-axis runs through each ecliptic longitude of λ – λʘ, the scale is in degrees. The two circles represent the distance from the center at 3 degrees and at 6 degrees.

Figure 3 represents the radiant distributions centered on the DSV radiant position during a 30 degrees period before and after λʘ (Table 1), i.e., Δλʘ = 60°. Figure 3 (D) gives the distribution of the radiants of the Shower Database meteor streams within the same period. Table 2 shows the reference data used in Figure 3 (D).  We can easily conclude that these three activities are related to each other.  Figure 4 is based on SonotaCo, EDMOND and CAMS data and confirms that this combination is reasonable.  The three independent observations also show that the activity period is longer than previously assumed. 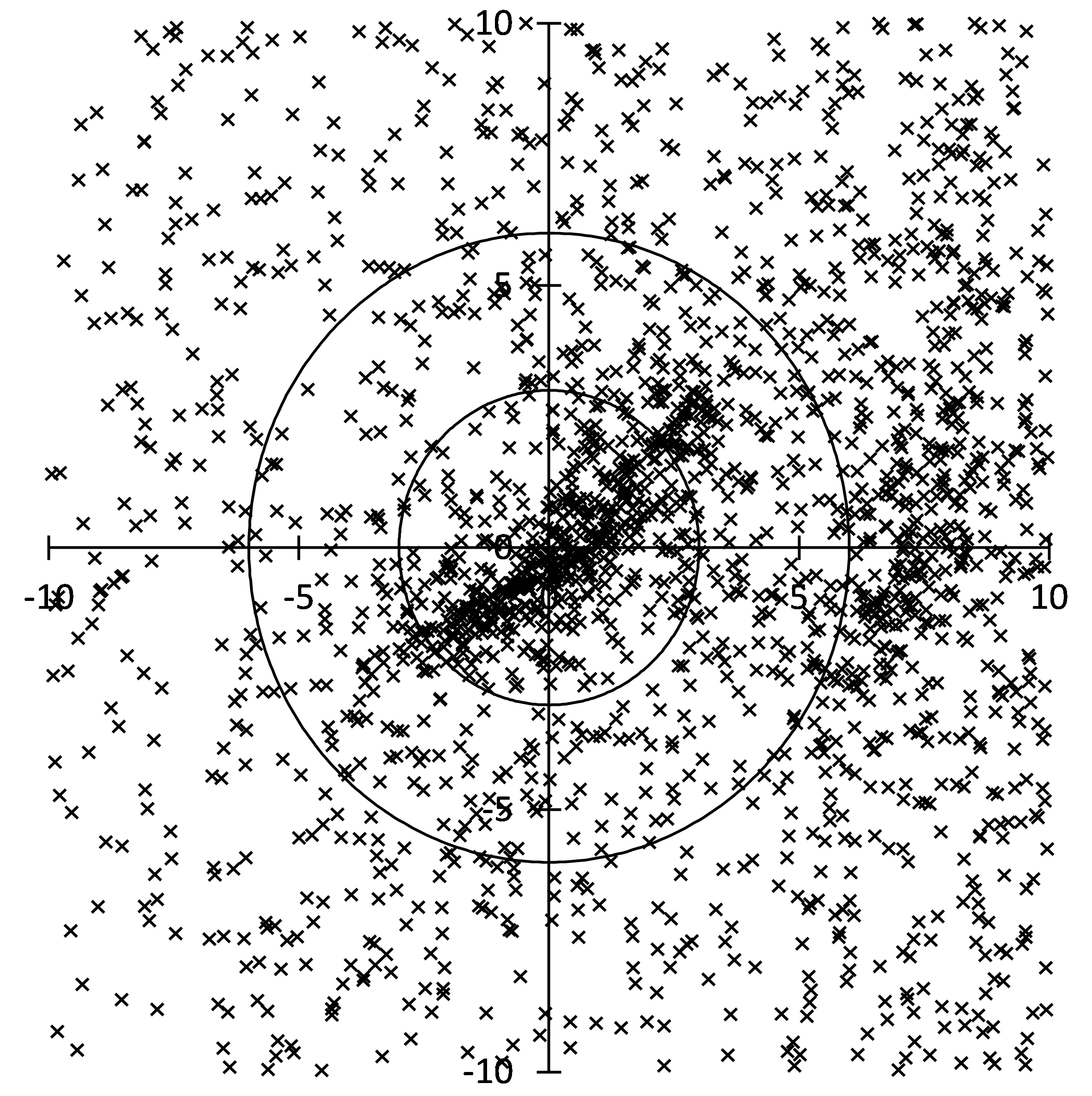 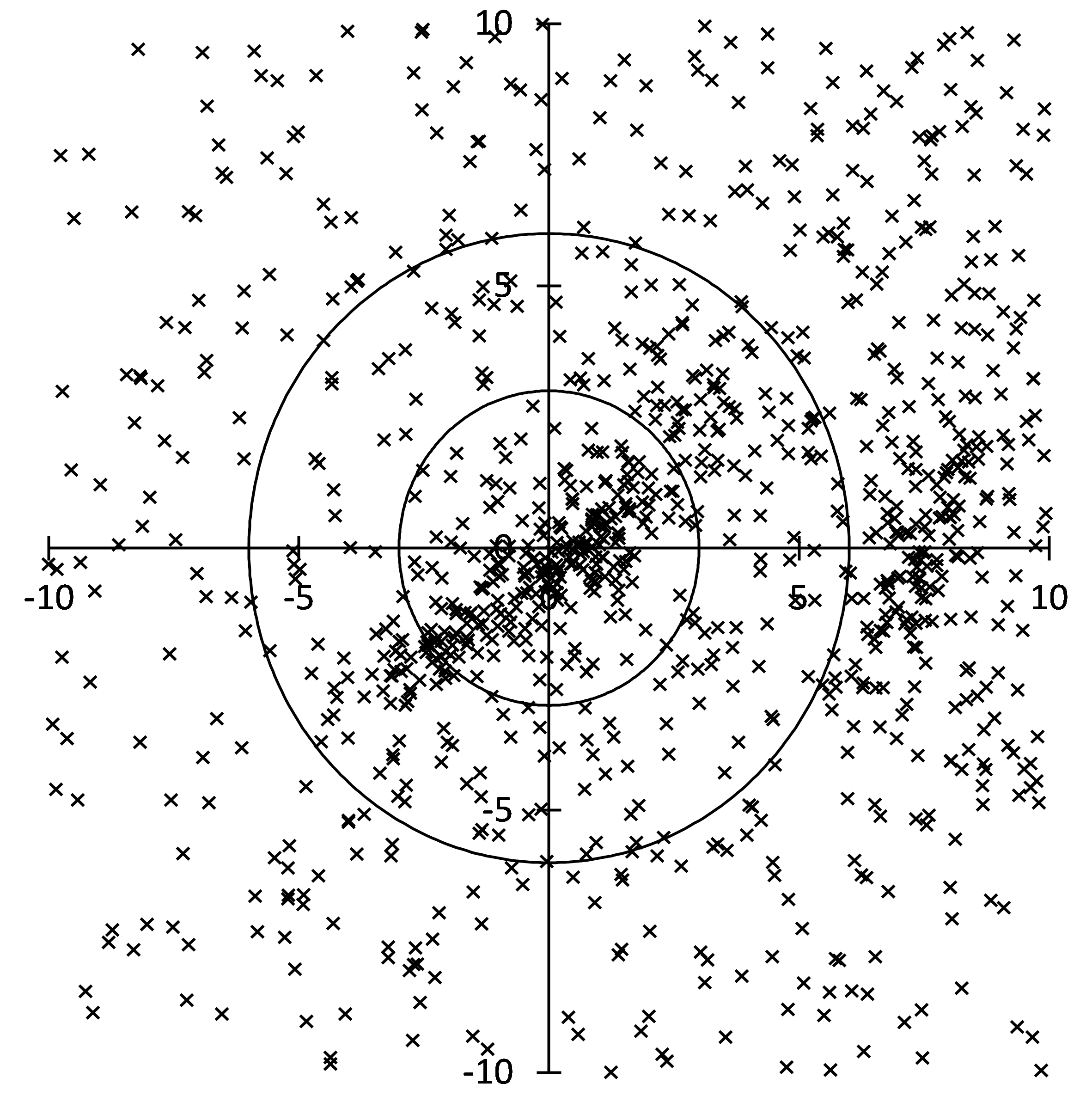 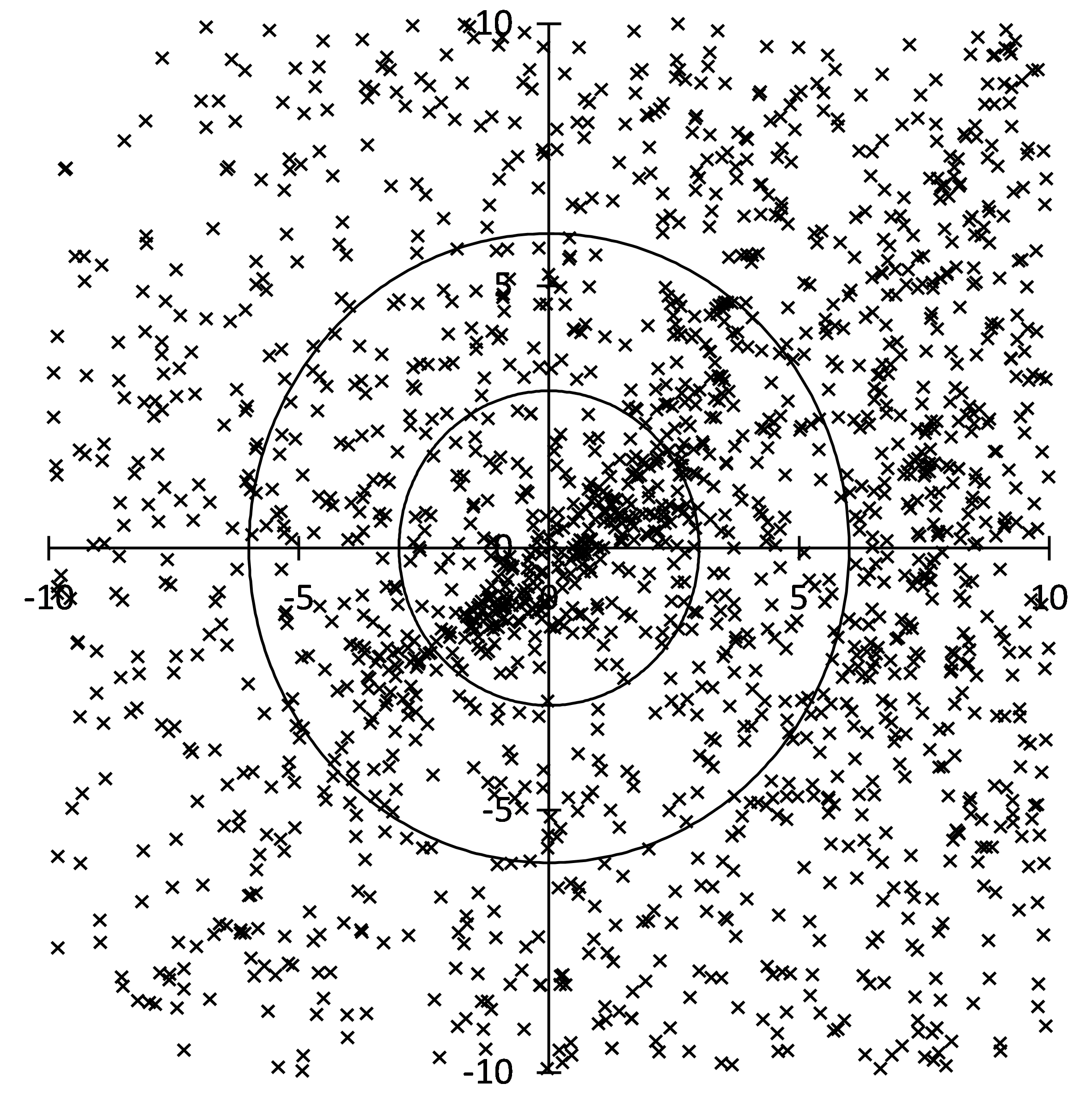 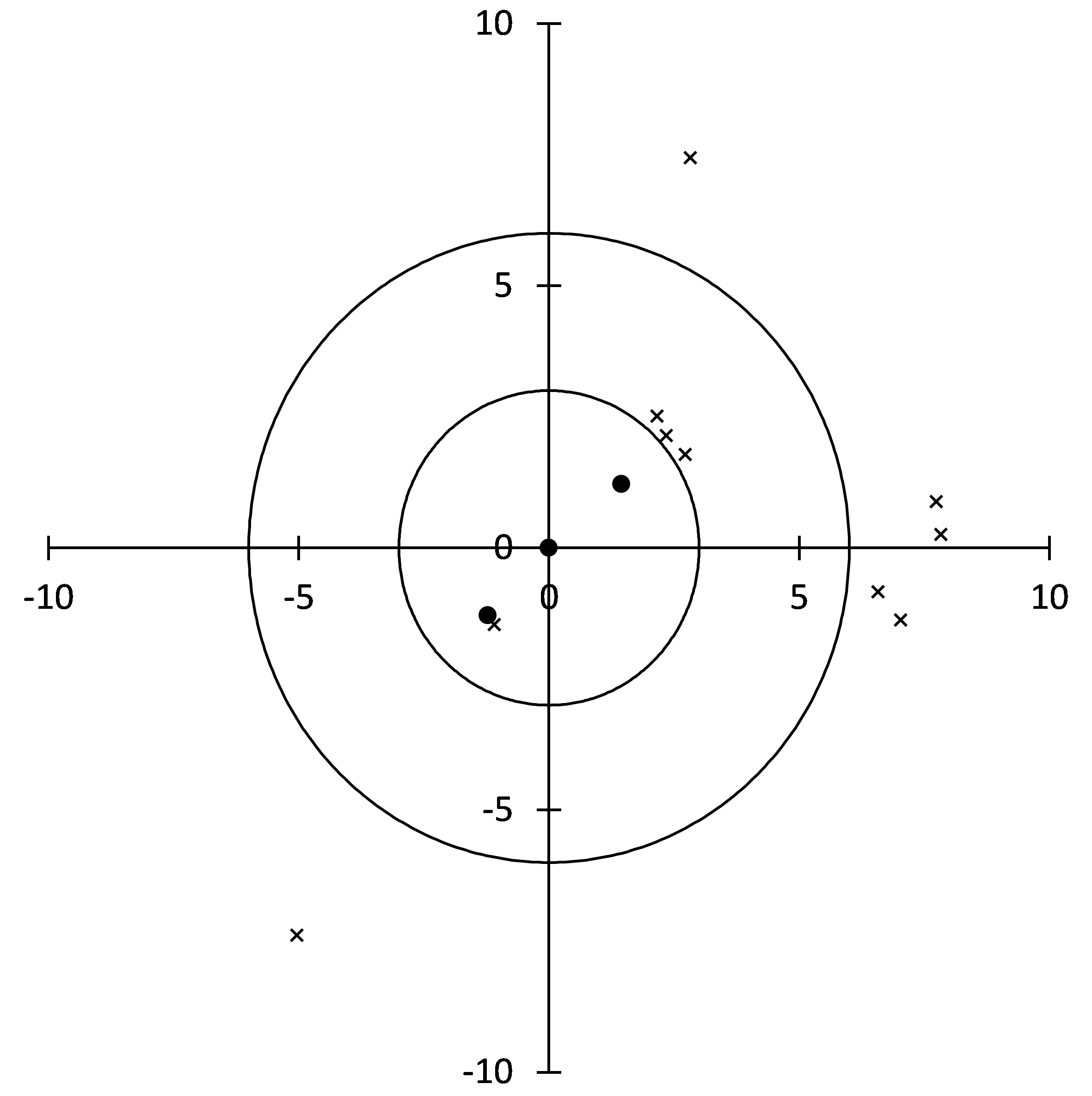 Figure 3 – The radiant distribution centered at the DSV radiant within a period of Δλʘ = 30° before and after λʘ. First (A): SonotaCo, Second (B): EDMOND, Third (C): CAMS, bottom(D): the Shower Database meteor streams. The scale and the circles are the same as in Figure 2.

A meteor shower radiant usually shifts with time and its movement is expressed in equatorial coordinates in general by Δα and Δδ.  This expression is sufficient for showers near the equator and of short duration, but if the radiant moves on a great circle, the drift moves along a curve on the equatorial sphere in case of long duration or high declination showers.  The radiant shift can be represented as a short line in the orthographic projection for the Sun centered ecliptic coordinates (λ – λʘ, β) (Figure 3 A, B and C) and it can be more accurately expressed by the linear regression rather than as Δα and Δδ.

We calculate the linear regression of (λʘ, x) and (λʘ, y) where (x, y) are the coordinates of radiant distribution centered at the shower radiant such as displayed in Figure 3 (A).  The regression calculations were repeated 5 times to become stable.  We applied the regression calculations on the SonotaCo, EDMOND and CAMS data separately and all the results coincide very well with each other.  Therefore, it is sufficient to show the final results obtained with the SonotaCo data. 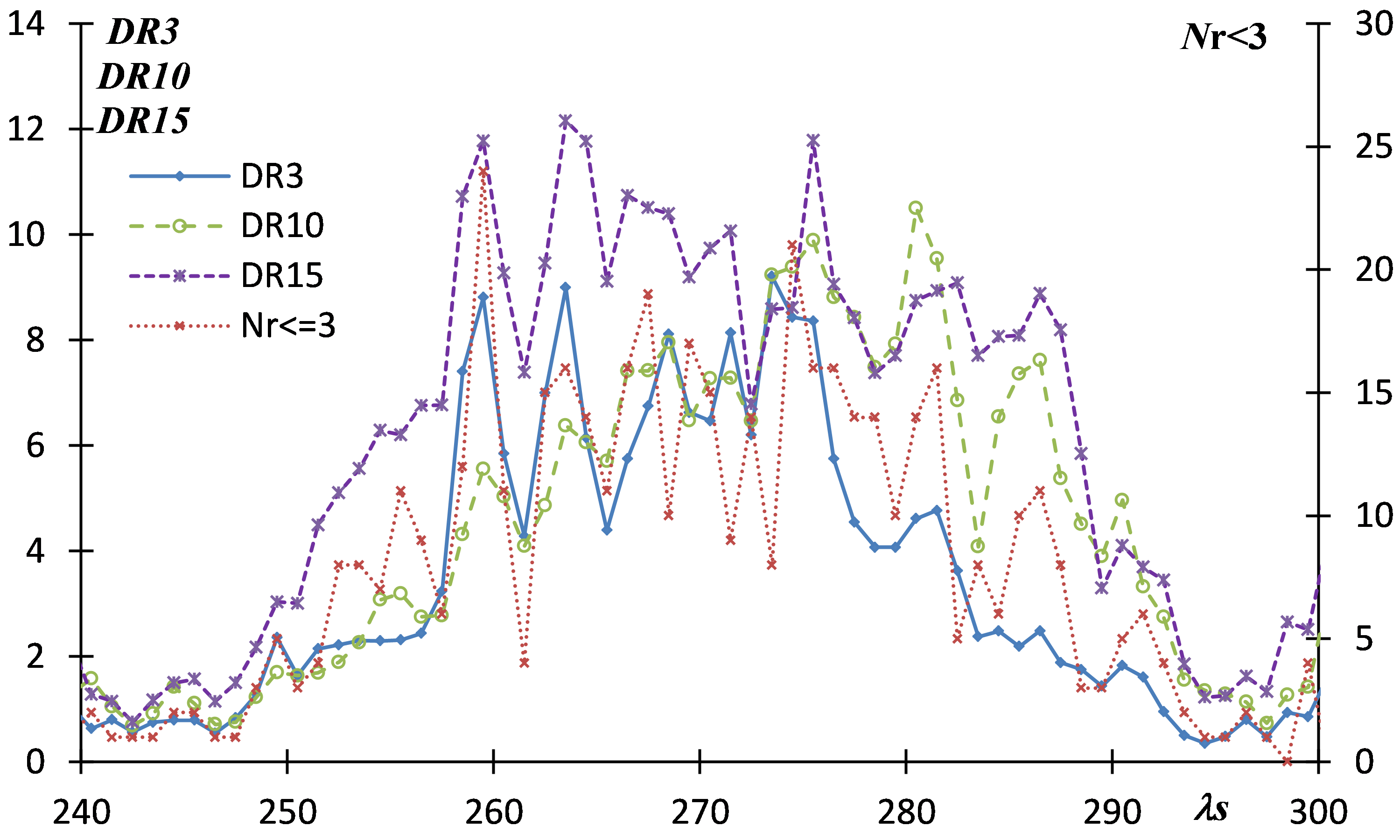 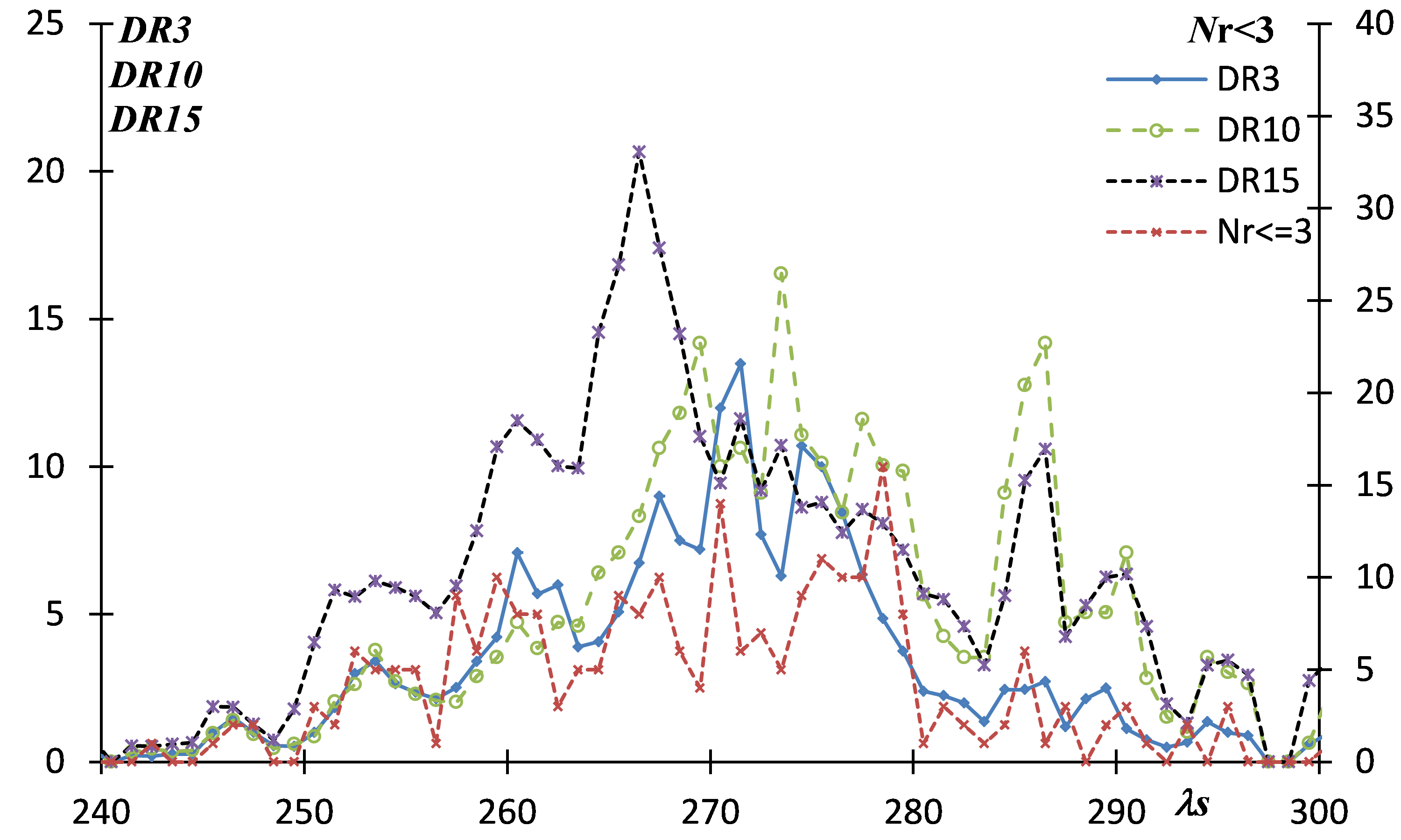 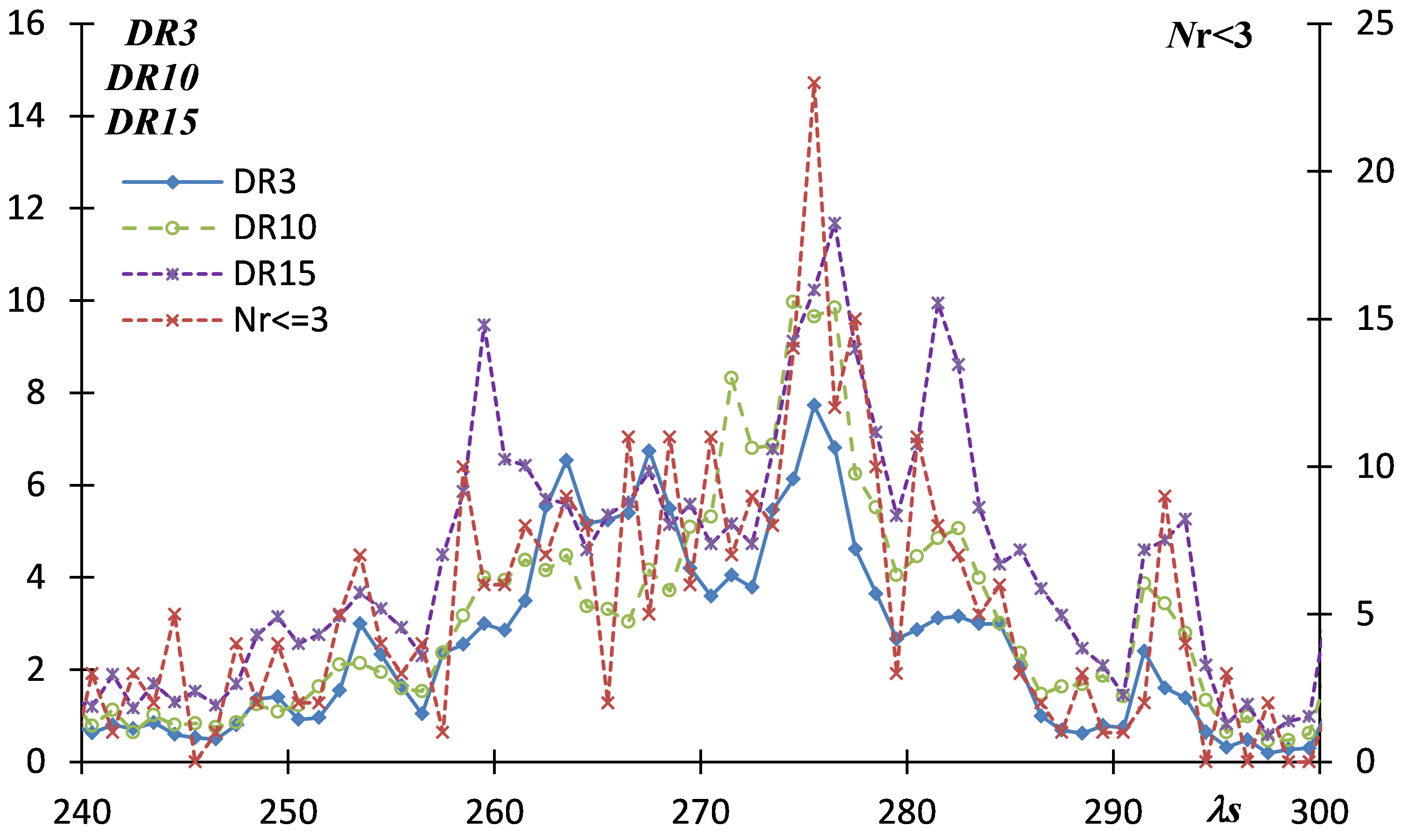 Figure 4 – The activity profiles of the DSV centered activity. Top: SonotaCo (same as in Figure 2 top, except for the x-axis), middle: EDMOND, bottom: CAMS. The explanation for the axis is the same as in Figure 1.

Figure 5 gives the radiant distribution for the period of 240 < λʘ < 300.  The radiants are concentrated within a surprisingly small area. The concentration at the right side is caused by DSV#428 (see Table 2).  DSV, JPV and EPV are expressed as a single activity.

Table 3 shows the radiant drift of the ‘DSV complex’ and it is clear that the radiant follows a curve in the equatorial coordinates.  The estimated radiant drifts obtained from EDMOND and CAMS agree within 1 degree. 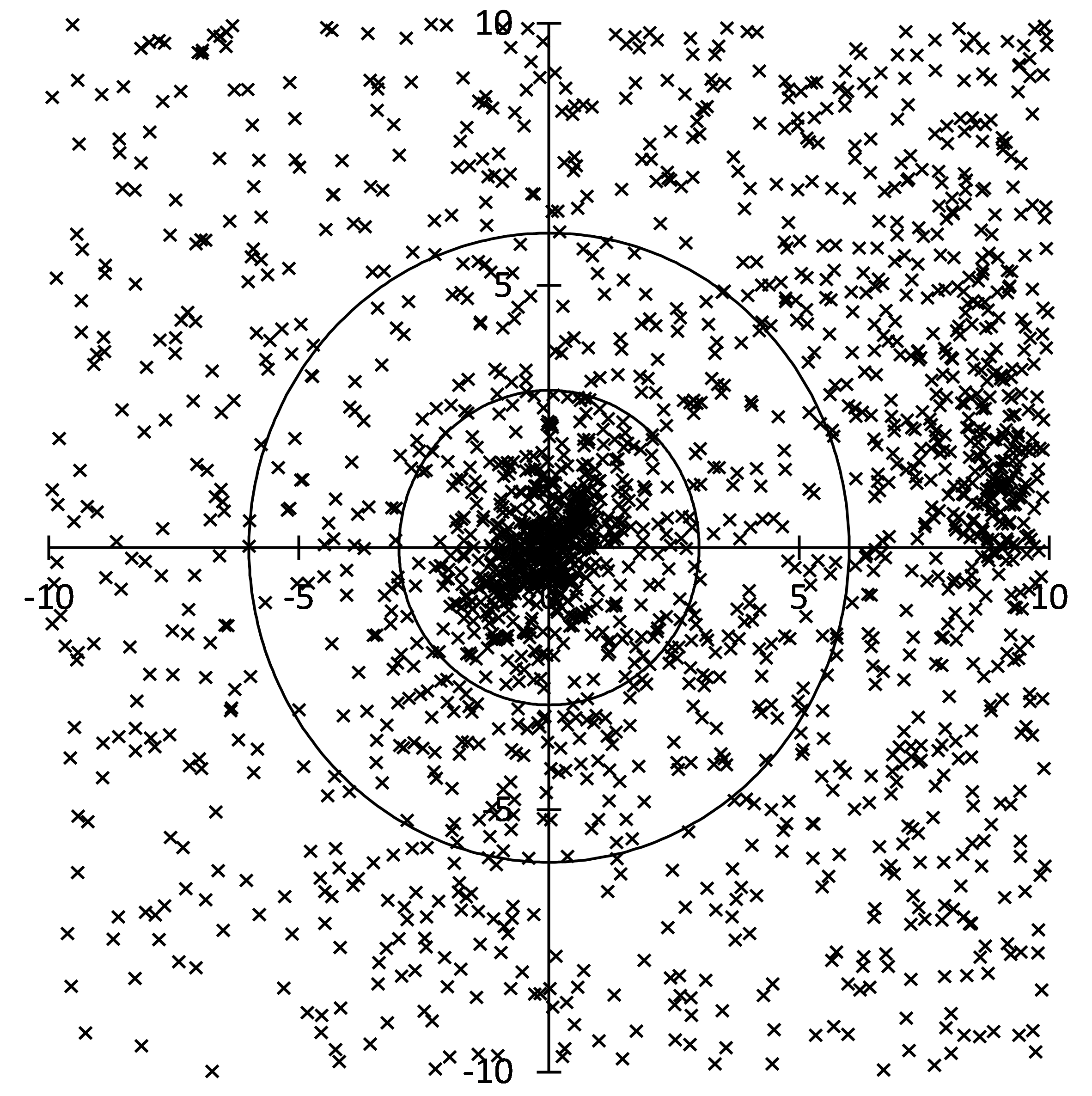 Figure 5 – The radiant distribution of the ‘DSV complex’ during the period of 240< λʘ <300 taking the radiant drift into account. The scale and the circles are the same as in Figures 2 and 3.

We can compute the orbital elements based on Table 3.  The results are shown in Table 4. Table 5 lists the Shower Database meteor streams for comparison.  We find some differences between Table 4 and Table 5 but these are small enough to identify them as one and the same activity.

Figure 6 shows the activity profile of the ‘DSV complex’.  The curve of DR10 before λʘ < 260° seems to be lower than DR3 and DR15, because the DRV activity between 6 to 10 degrees from the center affects the results.  Figure 7 compares the final results of the SonotaCo, the EDMOND and the CAMS datasets.  The total number of meteors differ: SonotaCo (284273), EDMOND (317689) and CAMS (471582).  It is interesting to see that Figure 7 (top) indicates that SonotaCo net captured more meteors than the other two datasets.  This is partially caused by the observational years. SonotaCo data covers the period 2007–2018 almost evenly but the other two datasets are biased by the observations in later years.  SonotaCo net may capture higher velocity meteors than the other two.  Figure 7 (bottom) shows the compensated profiles, because DR15 represents the radiant density ratios and not the observed meteor rates.  The profiles are alike except for the increase around λʘ = 267° in the EDMOND data.  This difference can be explained by the decrease in the number of meteors in the EDMOND data between 10 to 15 degrees from the center of this period.  This peak may be apparent though it is unclear why the decrease occurred.

We have found no trace of the ‘DSV complex’ neither in the photographic meteor listings nor in the catalogues of meteor streams.  The ‘DSV complex’ may be a newborn or video favorable event. All the DSV related entries in the IAU MDC Meteor Shower Database are reported by video observations. 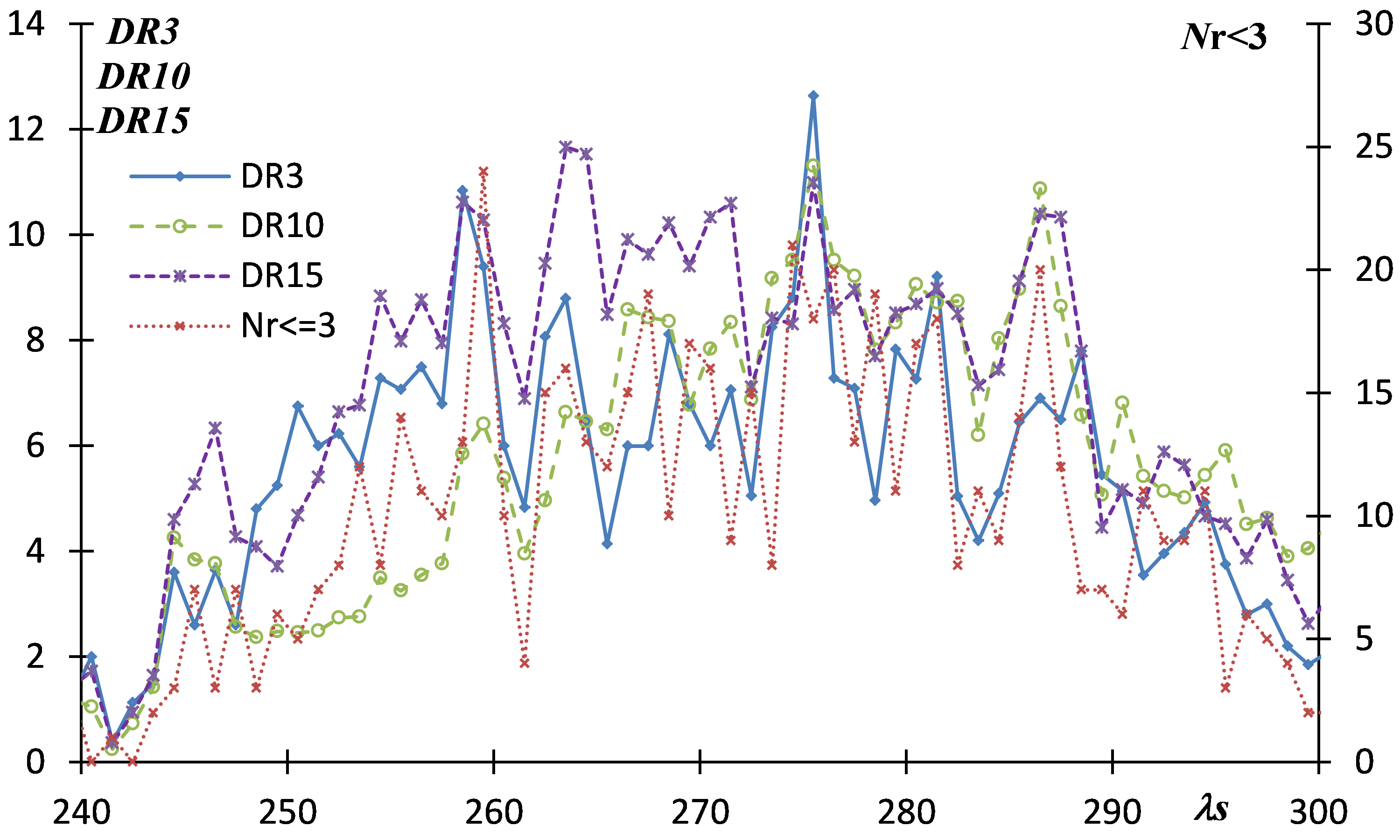 Figure 6 – The activity profile of ‘DSV complex’ taking the radiant drift into account. The scales of two axes are the same as in Figures 1 and 4.

Table 4 – The change of the orbital elements of the ‘DSV complex’ based on Table 3; each line refers to the corresponding line in Table 3.  λΠ and βΠ are the ecliptic coordinates of the perihelion. 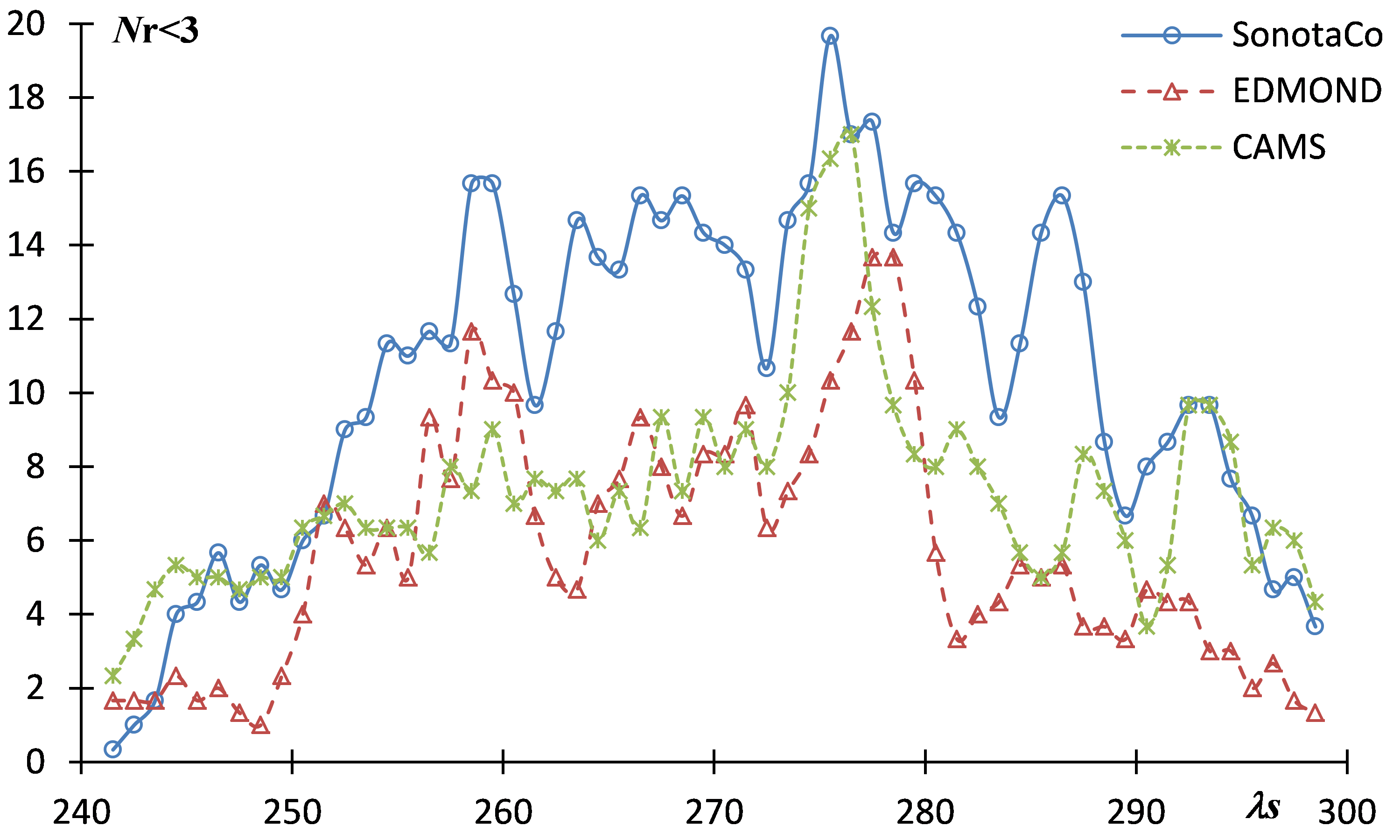 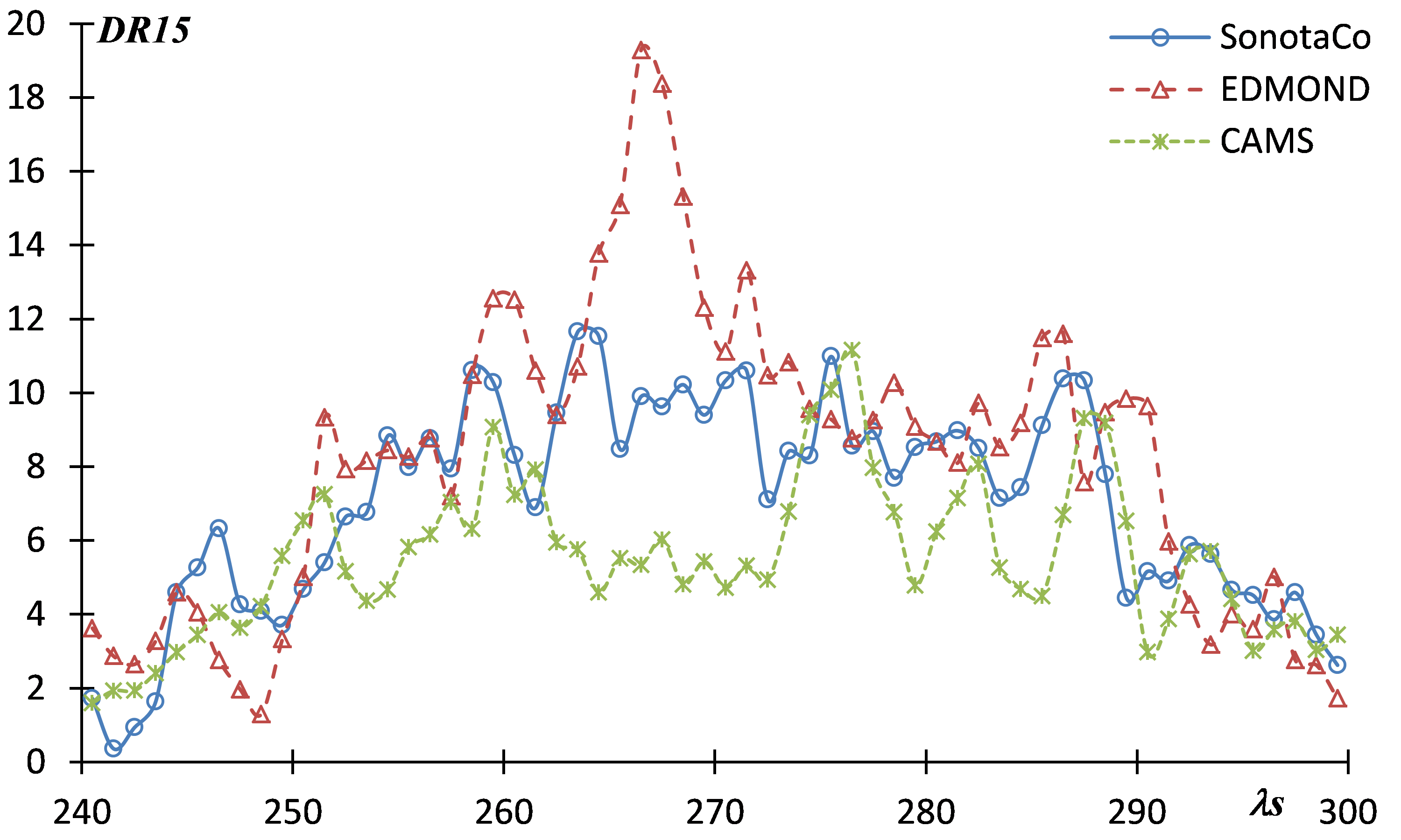 Figure 7 – Comparison of the activity profiles between the three data sets. Top: sliding mean meteor number within 3 degrees from the center with bins of 3 degrees in λʘ. Bottom: adjusted profile according to DR15.

The final results indicate that the DSV, JPV and EPV compose a widespread complex.  The activity profile shows a plateau with several peaks.  The computed orbital elements differ widely and suggest that this complex may come from different sources.