A summary of the activity of the CAMS BeNeLux network during the month of March 2020 is presented. 17983 meteors were reported of which 10301 were multiple station events, good for 3026 orbits, collected with a maximum of 93 operational cameras at 25 different CAMS stations. March 2020 was a record month for the number orbits, maximum number of operational cameras and number of participating camera stations.

March used to be a rather unfavorable month for astronomy in the BeNeLux area. It is no surprise that March remains about the poorest month of the year for the network. Without any relevant activity from any of the minor meteor showers, hourly rates remain low. March 2020 marked the 8th anniversary of the CAMS BeNeLux network as the first stations of the network collected the first orbits in the night of 14–15 March 2012. Would March 2020 finally bring a favorable month of March for the network?

The weather continued the very unfavorable pattern we got since autumn 2019 with mainly overcast sky and some clear gaps at best. February 2020 passed without any single complete clear night and the first two weeks of March did no better. Such a long time without some clear nights did not occur since the early years of the network. Four nights remained without any single orbit, all during the first two weeks. A major weather improvement occurred from 15–16 March onwards with a series of excellent clear nights from 21–22 till the end of the month. The night of 22–23 March with 283 orbits in a single night marks a new record for this month, previous record for March was 165 orbits registered on 29–30 March 2019.

In total 17983 meteors were reported by all stations, 10301 of these meteors proved multi-station good for 3026 orbits, a new record number for the month of March. In March 2019, 3540 multi-station detections resulted in 1217 orbits, which was comparable to the numbers of 2018. At best 93 cameras were active in March 2020 (78 in March 2019), which is also a new record as never before CAMS BeNeLux had so many of its cameras operational in the same night. Previous record was in February and March 2018 when 91 cameras were active. The minimum of 66 cameras capturing each night is also a new record. The average of 81.7 operational cameras per night equals the record of February 2018. The network had reached its highest capacity in operational cameras in February–March 2018, but bad luck at some stations reduced this capacity for most of 2018 and entire 2019. 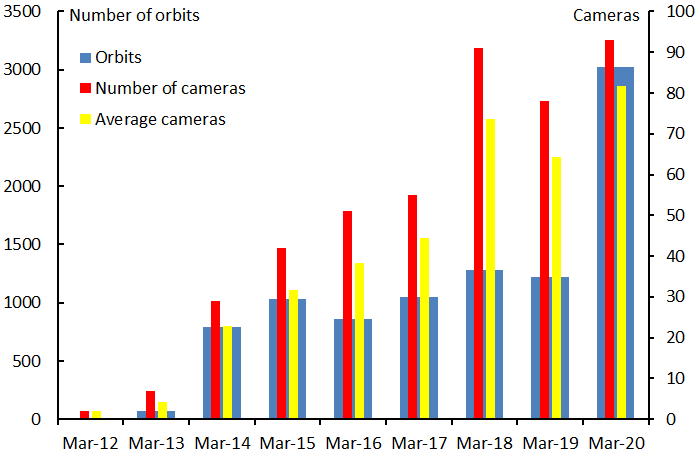 Figure 1 shows that the decline in camera capacity since 2018 has been undone. More cameras, more stations and better weather resulted in the best month of March ever.

As many as 25 different camera stations contributed to the network, also a record number. The network could welcome Kees Habraken as new participant with his RMS NL0009, alias CAMS 000378 at Kattendijke, Netherlands. Contributing CAMS data since 21-22 March, this new camera helped to determine as many as 271 orbits in its first 10 successful nights. Jos Nijland managed to restart CAMS station Terschelling with two cameras.

In total CAMS BeNeLux collected 9334 orbits during 189 March nights accumulated during 9 years. The statistics for March 2020 are compared in Table 1 with all previous months of March since the start of the CAMS BeNeLux network.

March 2020 became a record month of March for the network with a new record for the number of orbits, maximum number of operational cameras and number of participating stations.

Many thanks to all participants in the CAMS BeNeLux network for their dedicated efforts. The data on which this report is based has been taken from the CAMS website (http://cams.seti.org/FDL/index-BeNeLux.html). The data reduction and orbit calculation for all stations is coordinated by Carl Johannink. The CAMS BeNeLux team is operated by the following volunteers: