During this period, the moon progresses from its new phase to almost half-illuminated. It won’t cause any problems once it enters the evening sky as it will set long before the more active morning hours arrive. The estimated total hourly meteor rates for evening observers this week is near 3 for those viewing from the northern hemisphere and 4 for those located south of the equator. For morning observers, the estimated total hourly rates should be near 8 as seen from mid-northern latitudes (45N) and 13 as seen from tropical southern locations (25S). The actual rates will also depend on factors such as personal light and motion perception, local weather conditions, alertness, and experience in watching meteor activity. Note that the hourly rates listed below are estimates as viewed from dark sky sites away from urban light sources. Observers viewing from urban areas will see less activity as only the brighter meteors will be visible from such locations.

The radiant (the area of the sky where meteors appear to shoot from) positions and rates listed below are exact for Saturday night/Sunday morning May 23/24. These positions do not change greatly day to day so the listed coordinates may be used during this entire period. Most star atlases (available at science stores and planetariums) will provide maps with grid lines of the celestial coordinates so that you may find out exactly where these positions are located in the sky. A planisphere or computer planetarium program is also useful in showing the sky at any time of night on any date of the year. Activity from each radiant is best seen when it is positioned highest in the sky, either due north or south along the meridian, depending on your latitude. It must be remembered that meteor activity is rarely seen at the radiant position. Rather they shoot outwards from the radiant, so it is best to center your field of view so that the radiant lies at the edge and not the center. Viewing there will allow you to easily trace the path of each meteor back to the radiant (if it is a shower member) or in another direction if it is a sporadic. Meteor activity is not seen from radiants that are located far below the horizon. The positions below are listed in a west to east manner in order of right ascension (celestial longitude). The positions listed first are located further west therefore are accessible earlier in the night while those listed further down the list rise later in the night. The tau Herculids (TAH) are an irregular shower not active every year. They are best known for being associated with comet Schwassmann-Wachmann 3 and the strong display seen in 1930. Due to recent activity from the comet, this shower could produce more activity in the upcoming decade. The radiant is expected to lie near 14:50 (223) +38. This area of the sky is located in central Bootes, 3 degrees east of the 3rd magnitude star known as Seginus (gamma Bootis). This position is not close to the star tau Herculis, for which this shower is named. Apparently, the discoverers of this display placed the radiant further east toward Corona Borealis and Hercules. It is also possible that past displays from this source had a different radiant area. This area of the sky is best placed near midnight local standard time (LST), when it lies high overhead for observers located in mid-northern latitudes. These meteors are not well seen from the southern hemisphere as the radiant does not rise high into the northern sky as seen from the southern hemisphere. With an entry velocity of 15 km/sec., the average tau Herculid meteor would be of very slow velocity.

The center of the large Anthelion (ANT) radiant is currently located at 17:00 (255) -23. This position lies in southern Ophiuchus, 4 degrees northwest of the 3rd magnitude star known as theta Ophiuchi. Due to the large size of this radiant, Anthelion activity may also appear from western Sagittarius and northwestern Scorpius as well as southern Ophiuchus. This radiant is best placed near 0200 LST, when it lies on the meridian and is located highest in the sky. Rates at this time should be near 2 per hour as seen from mid-northern latitudes (45 N) and 3 per hour as seen from the southern tropics (S 25). With an entry velocity of 30 km/sec., the average Anthelion meteor would be of slow velocity.

The last of the eta Aquariids (ETA) are expected this weekend from a radiant located at 23:39 (355) +06. This area of the sky is located in western Pisces, near the spot occupied by the 4th magnitude star known as iota Piscium. The radiant does not rise until 1am LST so these meteors cannot be seen during the evening hours. The best time to view this activity is during the hour before the start of morning twilight, when the radiant lies highest in a dark sky. Rates should less than 1 per hour no matter your location. With an entry velocity of 66 kilometers per second, a majority of these meteors will appear to move swiftly with a high percentage of the bright meteors leaving persistent trains. Surprisingly, this shower produces very few fireballs.

The June mu Cassiopeiids (JMC) were discovered by Dr, Peter Brown and associates using data from the Canadian Meteor Orbit Radar (CMOR) installation. These meteors are active from May 18-June 15, with maximum activity occurring on June 8th. The radiant position currently lies at 23:58 (000) +50. This area of the sky lies in southern Cassiopeia, 7 degrees southwest of the 2nd magnitude star known as Caph (beta Cassiopeiae). These meteors are best seen near during the last hour of the night when the radiant lies highest in a dark sky. These meteors are better seen from the northern hemisphere where the radiant rises higher into the sky before the start of morning twilight. Hourly rates are expected to be less than 1. With an entry velocity of 42 kilometers per second, a majority of these meteors will appear to move with medium velocities. Since these meteors were discovered by radar, they may be on the faint side and difficult to see unless one observes under optimal conditions.

The Daytime Arietids (ARI) are active from May 22-June 24 with maximum activity occurring on the June 7th. These meteors are difficult to catch as the radiant only lies 30 degrees west of the sun. Therefore, the only time these meteors are visible is during the last dark hour before dawn. The radiant is currently located at 02:14 (034) +22. This area of the sky is located in western Aries, 2 degrees southeast of the 2nd magnitude star known as Hamal (alpha Arietis). Current rates are expected to be less than 1 no matter your location. With an entry velocity of 41 km/sec., the average meteor from this source would be of medium velocity. 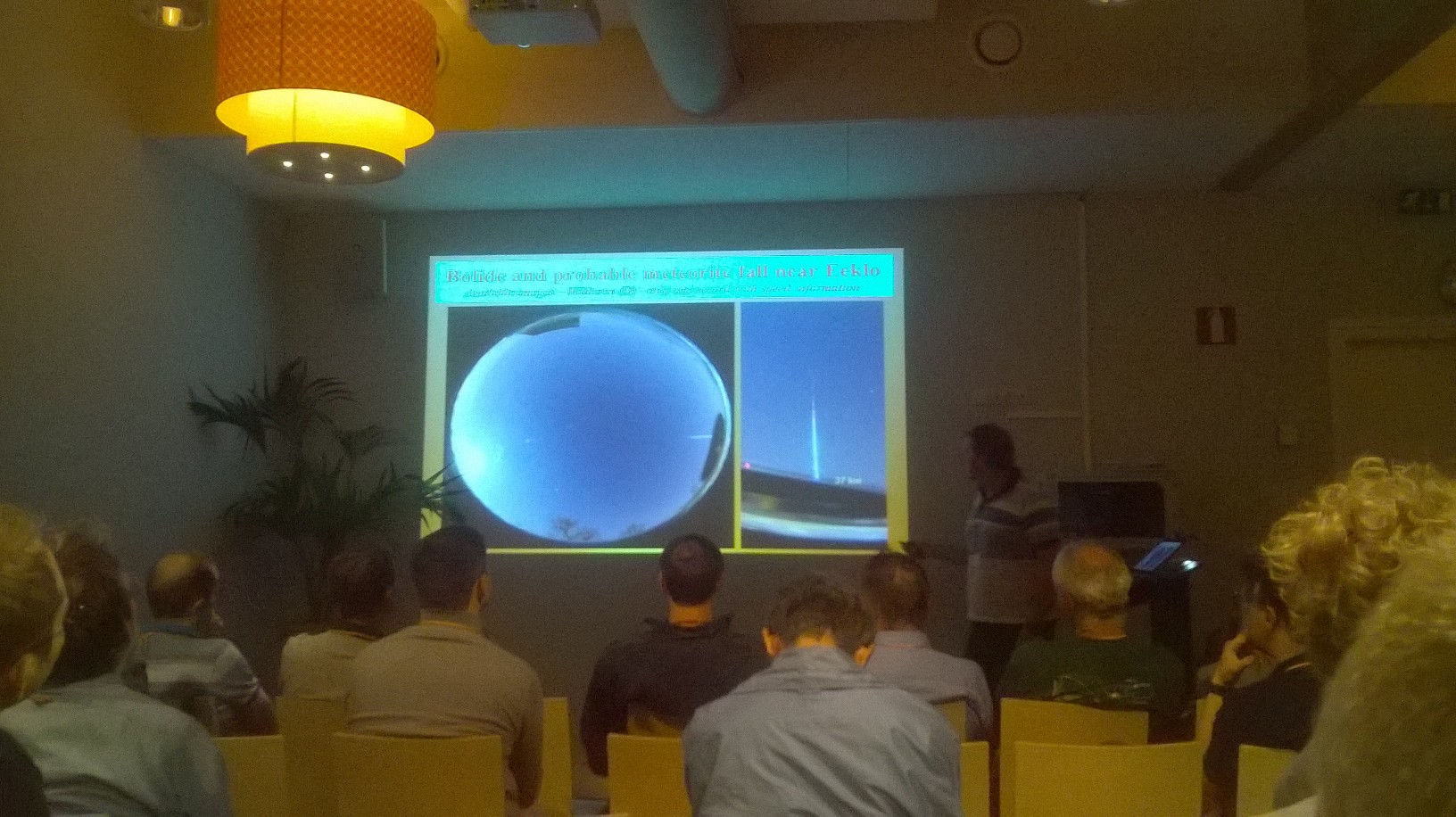