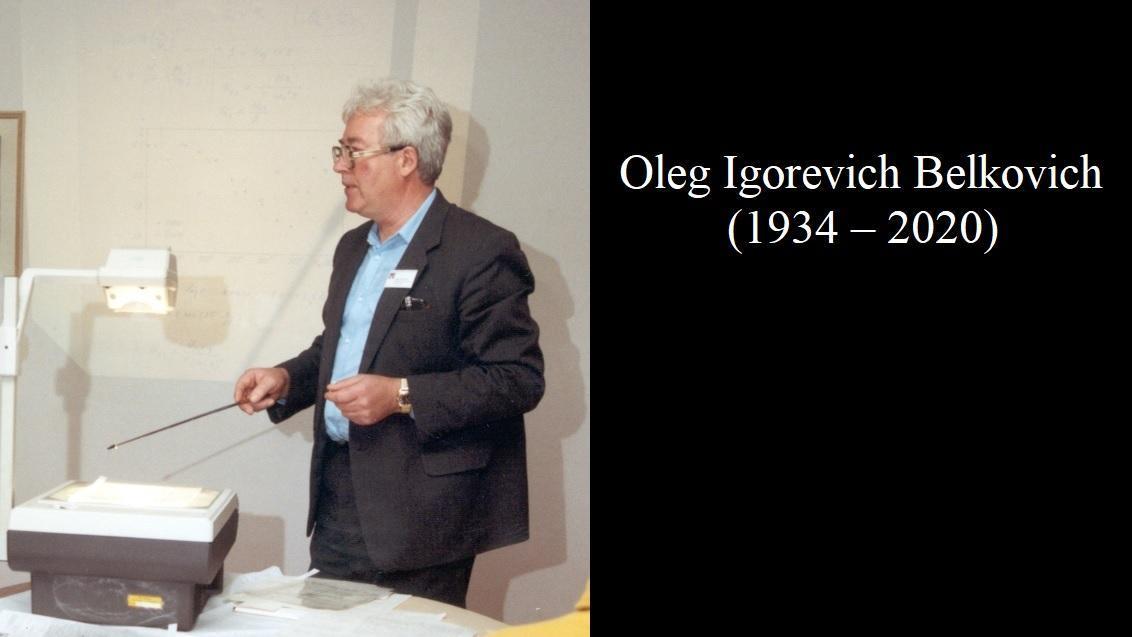 Oleg Belkovich was born in Kazan, into a family of  an astronomer. His father, Igor Vladimirovich Belkovich, world-renowned researcher of the Moon, worked in Engelgardt Astronomical Observatory (EAO), situated in a forest, 20 km from Kazan, from 1928 until his death in 1949.  Oleg graduated from Kazan State University (KSU) in 1957, as a radio physicist. His first work was as an engineer in a radio astronomical laboratory in KSU. In 1964, he got his first scientific degree (candidate of science — an equivalent of PhD). From 1965 to 1970, Oleg worked as an assistant and assistant professor in the radio astronomy department at KSU. In the years 1966 – 1967, he completed a scientific internship in England, at the University of Sheffield, working with the famous meteor researcher Professor T. R. Kaiser.

In 1970, Oleg transferred to work in the EAO as a deputy director for scientific work; at the same time, he served as the head of the meteor department. In 1977 – 1991, he served as director of the EAO. As director of an observatory he had to deal not only with scientific, but also with organizational and economic work. The astronomical observatory is an autonomous institution in which the director is obliged to ensure not only the coordination of scientific research, but also comfortable living conditions on its territory for more than 150 scientists and members of their families. Nevertheless, he found time to defend his second scientific degree (D. of Sci.) in 1988.

In 1991, Oleg resigned to devote most of his time to science, and had a position of principal researcher. He was also a professor at Kazan University for almost two decades (1996 – 2014). Oleg was a member of the International Astronomical Union from 1966, and in 1982 he was elected as President of Commission 22 IAU for the following triennium.

It would not be an exaggeration to say that Oleg Belkovich was an eminent meteor astronomer. Some of his numerous students are now doctors and professors and continue his work in astronomy. He always had time for collaboration with amateur meteor astronomers, highly appreciating the scientific value of their efforts. In 1994, he organized the Meteor Summer School in EAO, inviting several amateur astronomers from Europe to participate. In co-authorship with amateur meteor astronomers from Crimea, he published research papers in WGN (journal of the International Meteor Organization, IMO), and participated in several annual International Meteor Conferences, organized by IMO.  In 2005, IMO organized a Radio Meteor School in Oostmalle, Belgium, where Oleg, being the main invited lecturer, presented a series of lectures covering his theoretical work on radio meteors. For five days participants, listened to lectures, alternated with “study time” and Q&A sessions. As a result, the 130-pages volume of RMS2005 Proceedings appeared. At this occasion Oleg was nominated as IMO honorary member.

Until the end of his life Oleg lived and worked in EAO, and here he was buried. He found his peace, and we lost a teacher, colleague, friend and just a good man. 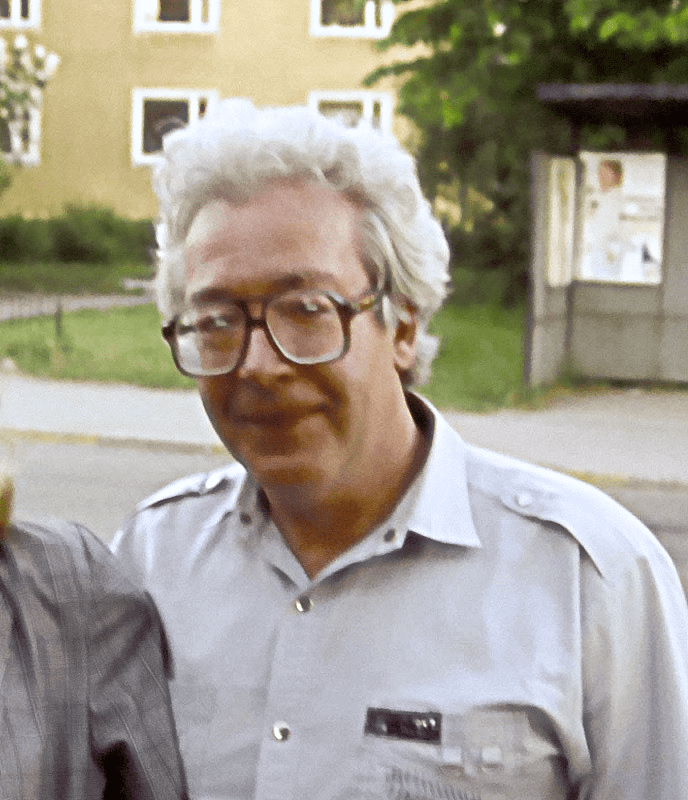 Figure 1 – Oleg Belkovich in June 1989 during the Asteroids, Comets and Meteors conference at Uppsala University Sweden (photo by Paul Roggemans). 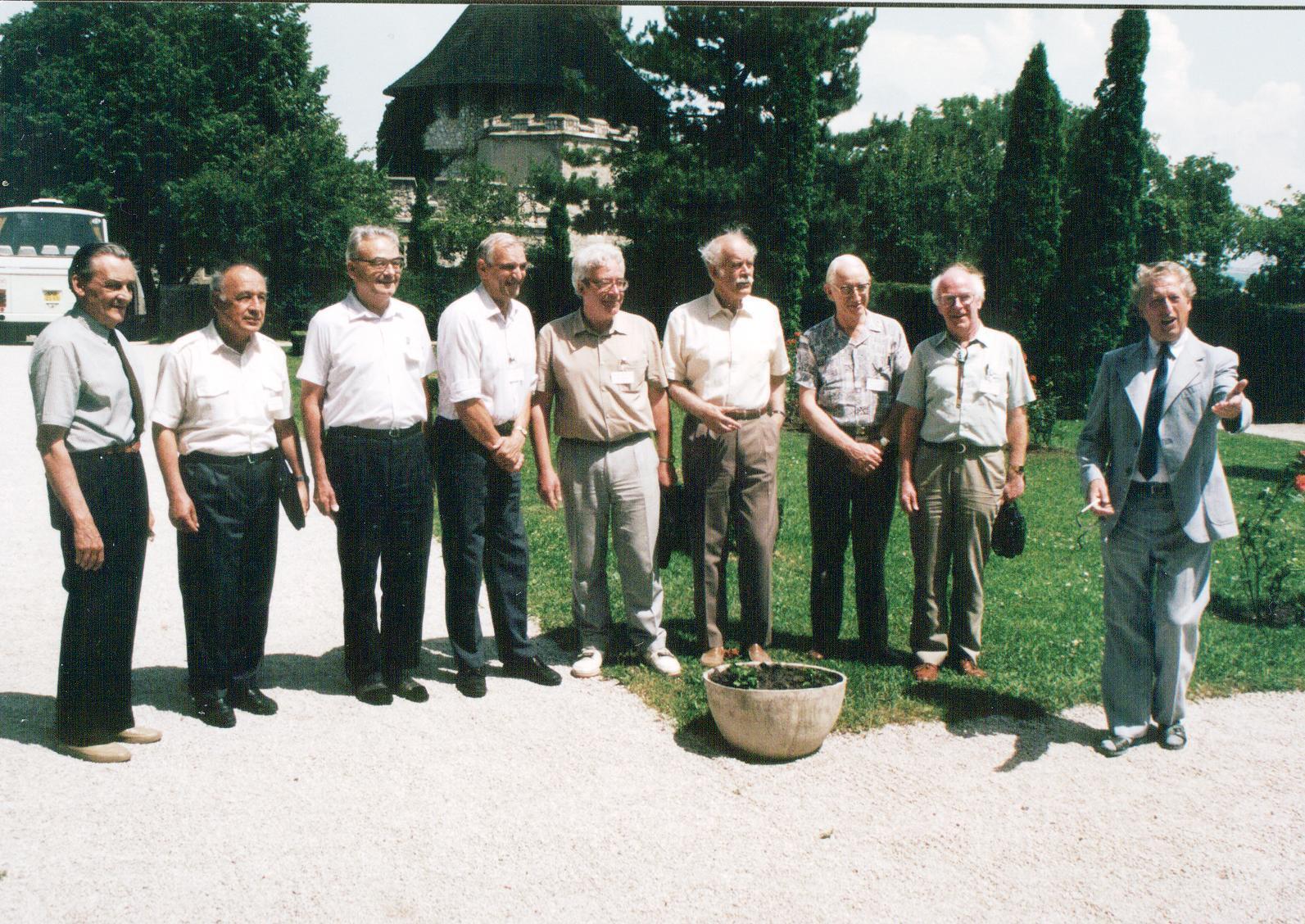 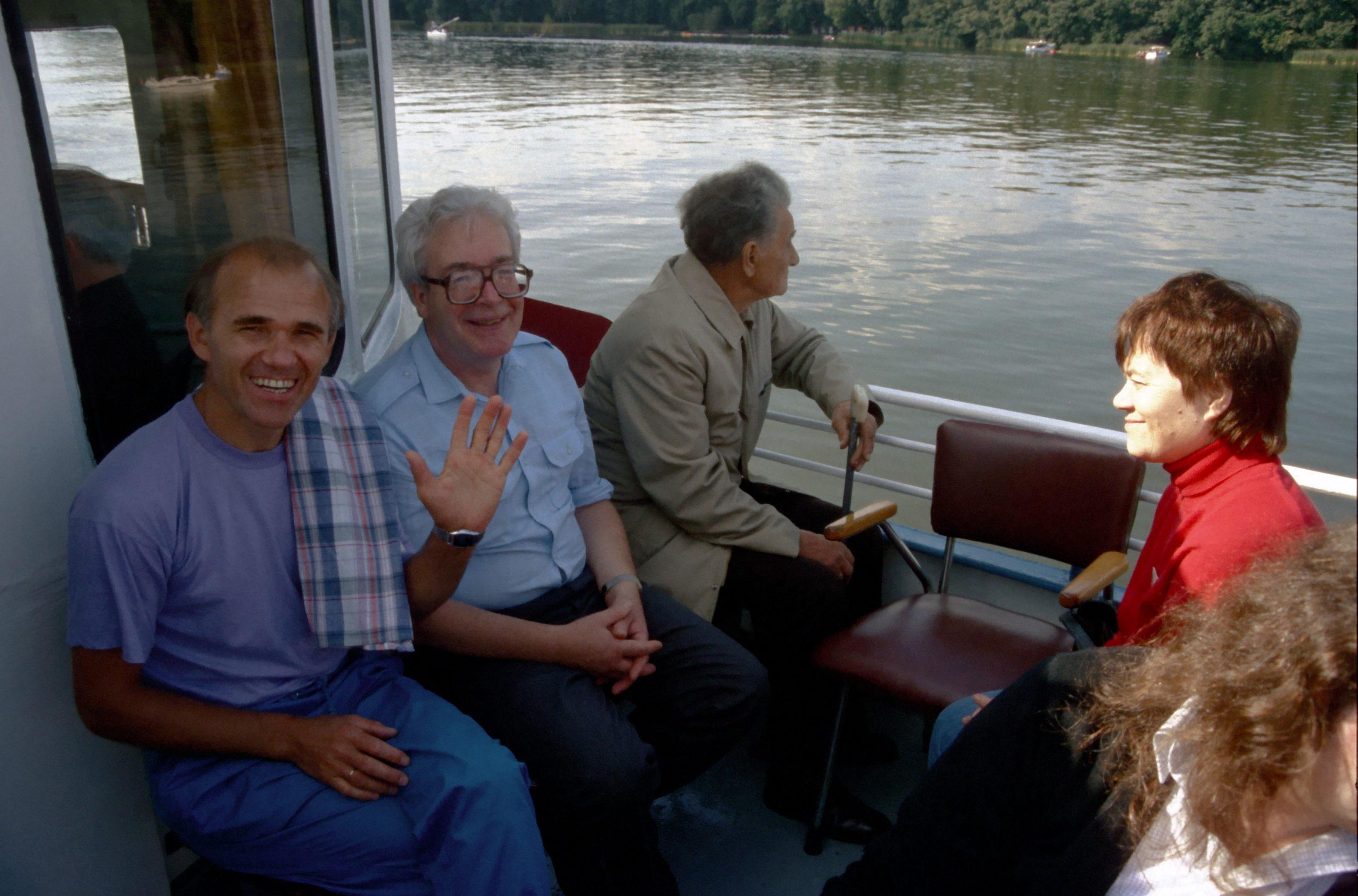 Figure 3 – During the excursion of the IMC in 1991, in Potsdam Germany. From l. to r. Gennadij Andreev, Oleg Belkovich, and Alexandra Terentjeva at right (photo by Paul Roggemans). 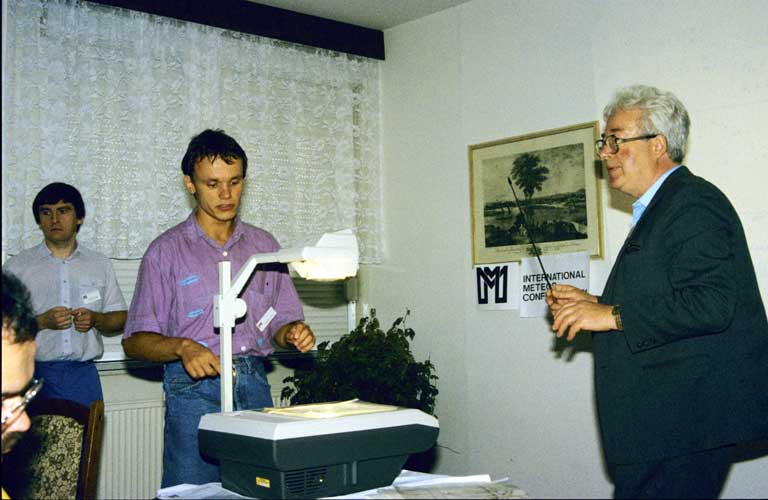 Figure 4 – Malcolm Currie, Ralf Koschack and Oleg Belkovich during his lecture at the International Meteor Conference in 1991 in Potsdam, Germany (photo by Paul Roggemans). 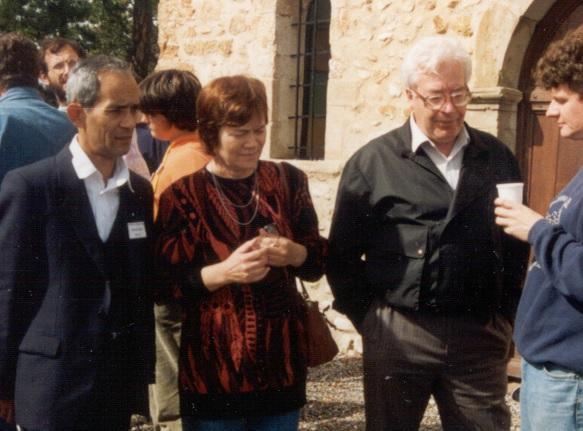 Figure 5 – From l. to r. Subhon Ibadov, Alexandra Terentjeva, Oleg Belkovich and Detlef Koschny at the IMC in 1993 in Puimichel, France (photo by Casper ter Kuile). 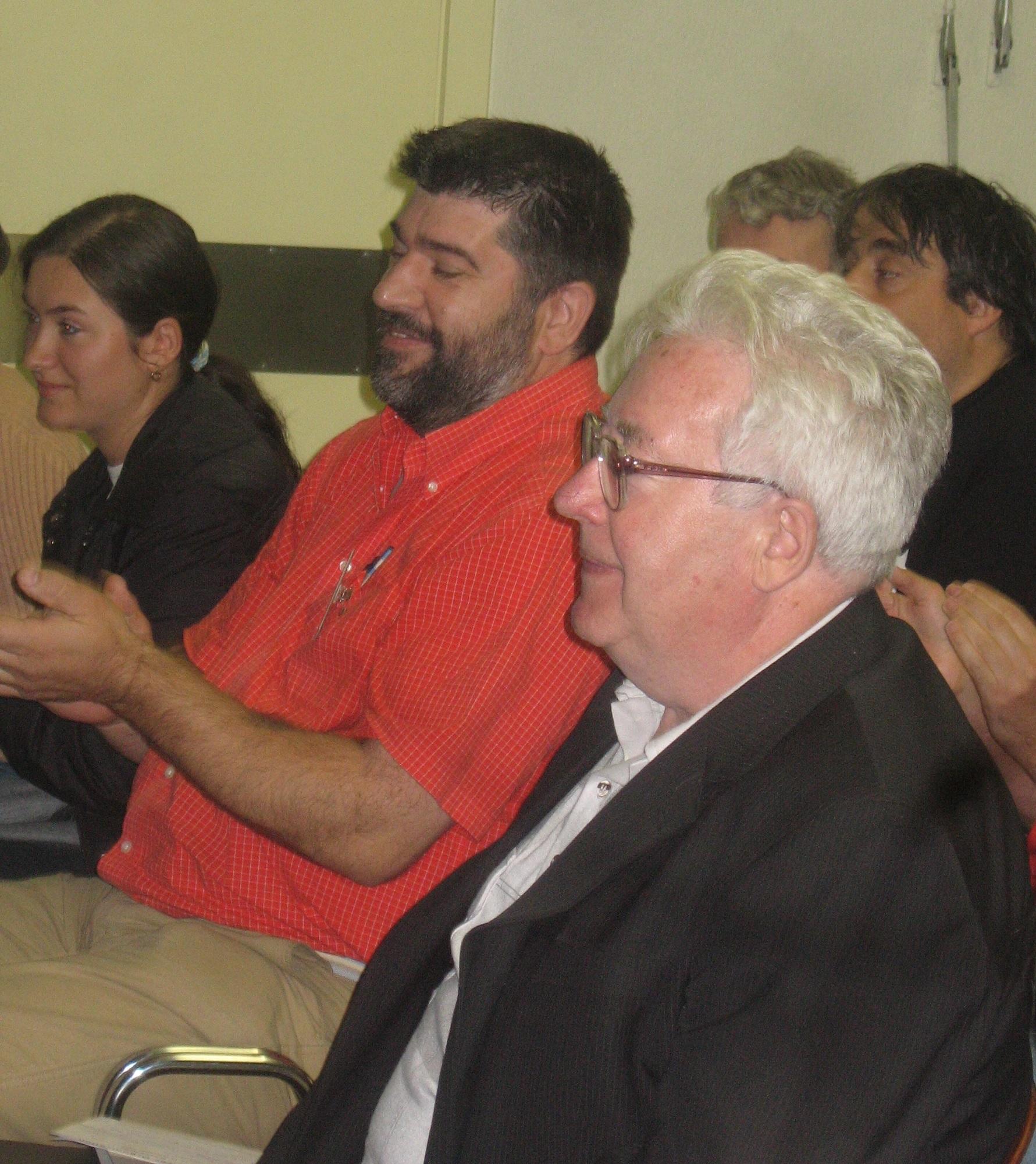 Figure 6 – Oleg Belkovich (in front) being celebrated as honorary IMO member in Belgium during the IMC in September 2005, after the radio meteor school (photo by Casper ter Kuile).