The interesting case of a slow meteor Aten’s orbit type

Abstract: During the night of 2020 May 28, precisely beginning at 02h03m27s UTC, Exoss project cameras registered the path of a very slow meteor, the object entered the atmosphere at an initial velocity of 15.06 km/sec, brightening at 84 km height and disappearing approximately at 49 km height. Its average low height track totally disagreed with an Earth grazing type and even a space junk reentry was disregarded. After further analysis we concluded that the meteor orbit was similar to a NEO Aten’s class with a perihelion distance q = 0.579 A.U. and semi-major axis a = 0.796 A.U. Despite no close encounters to Mercury, Venus and the Earth-Moon barycenter were found after orbital integration for 10 years backwards in time, we suggest, besides planetary gravitational influences, that the Yarkovsky effect dynamically acting upon the meteoroid could have contributed to transform an originally Atira’s type orbit into an Aten’s type orbit, supposing a meteoroid with an initial estimated mass of 0.2 – 0.3 kilograms.

The Exoss project has as a main goal to survey and to monitor regularly the night sky for the registration of meteors and bolides (De Cicco et al., 2018), producing data for scientific studies. In 2020, May 28th at 02h03m27.5s UTC Exoss stations SJU1, SJU2 and ROC1 located in the Northern part of Rio de Janeiro state registered a bright and very slow meteor, that initially was thought to be an Earth grazing meteoroid or even a piece of space junk. However, further analysis demonstrated that it was a very peculiar meteor, its trajectory duration was about 13 seconds, with a 174 km long path in the atmosphere, the low height and its path indicated it was a meteor. No space junk reentry over the area had been forecasted (https://www.satview.org/).

The event is analyzed in this paper, the trajectory and orbit are calculated in addition to mass and size estimate. Its peculiar material strength as no notable flare was detected, and its orbital elements show a reasonable possibility to be from a NEO parental origin, as Aten’s or even from Atira’s type orbit family.

The calculations to obtain key parameters concerning velocity, atmospheric trajectory and orbital elements of the meteoroid were possible thanks to 3 Exoss station detections, using analog videos, two cameras with a 1/3” and one with a 1/2” sensor, respectively, black and white system mode, suited for meteor video monitoring. The astrometry data were reduced by CAMS software, the trajectory and orbit were evaluated using the orbit tool (Jenniskens et al., 2016), applying high quality processing and exponential velocity parameters which are considered more suitable for deceleration values, during the objects transit through the atmosphere, as modeled by the following equation: 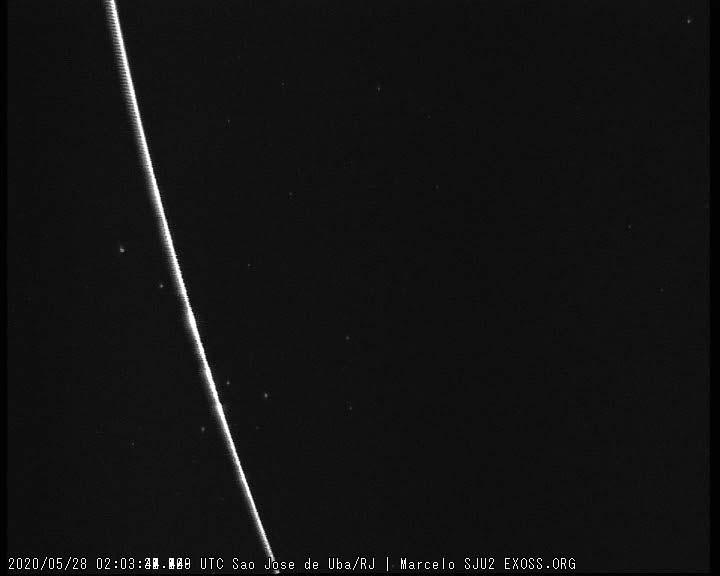 Figure 1 – The long path trajectory registered by station SJU2, the image has been converted to CAMS standards.

Marcelo Mozer operates the SJU1 and SJU2 cameras. Both have a 1/3” sensor and a Fujinon F0.95 lens, adapted to meteor video registration, SJU1 facing SO direction with a fov of 48.9° × 64.3°and resolution of 5.9’/pixel, and SJU2 facing NE with a fov of 45.7° × 61.3° and resolution of 5.1’/pixel, both from the same place at São João de Uba city. Carlos Henrique operates the ROC1 camera remotely. This camera is a Watec 902 Ultimate, the lens a Computar 1:0.8, facing SE with a fov 67.2° × 89.2° and a resolution of 7.8’/pixel, located at Campos dos Goytacazes city. The stations SJU1 and SJU2 are at a low light pollution zone suitable for video meteor detections, despite ROC1 being located in a medium city.

The stations SJU1 and SJU2 are adapted to UFO suite detection mode, while the station ROC1 has been operating CAMS software since 2020, which is part of a collaboration between our project Exoss and CAMS-SETI/NASA. These stations constitute a node for triangulation, called ES – node (Espirito Santo node). All cameras are always running. So, those stations at the night of 2020, May 27th, local time, detected a very slow meteor, with SJU2 registering the most part of its path, just like ROC1, while SJU1 had been detecting only the initial part.

The three stations baseline, SJU1, SJU2 and ROC1 has a linear distance of 83.1 km forming a nice triangulation, as that distance ensures a good set of intersections to be evaluated using CAMS allowing trajectory and orbits to be done using reasonable quality calculations, whereas a good number of stars for calibration is possible. 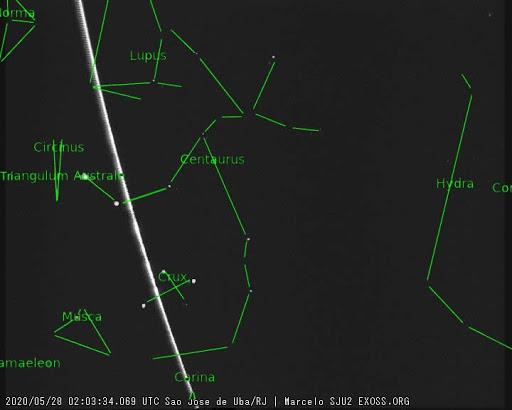 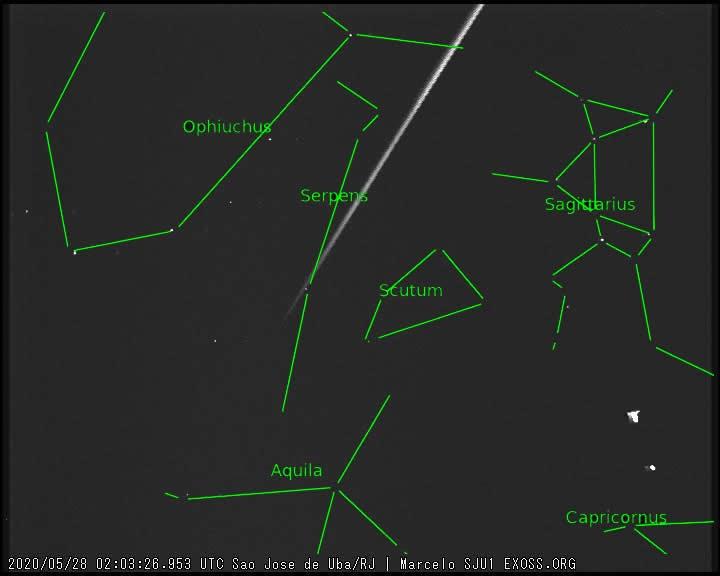 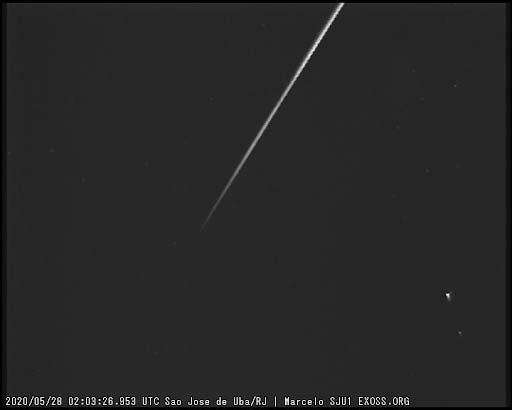 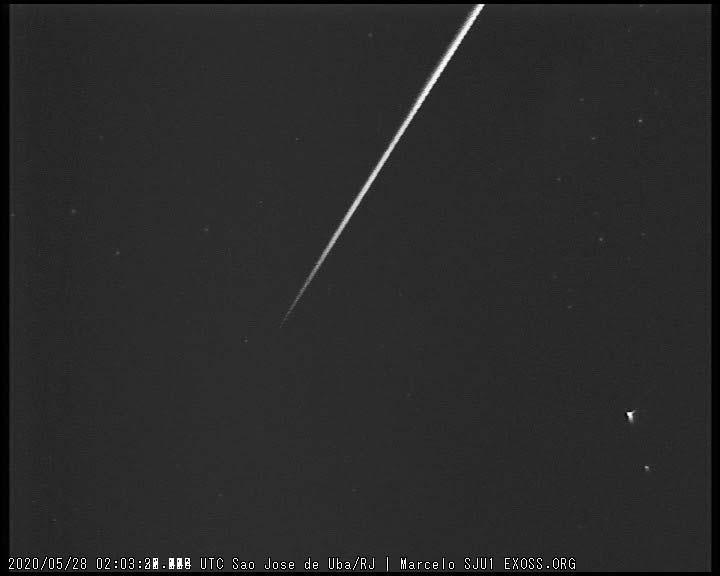 The first part of the analysis was dedicated to the reduction of images and star calibration. Two cameras using UFO (SJU1, SJU2) and one camera running CAMS (ROC1) software. So, we decided to unify the data, under the same standards, previously converting SJU avi type videos to cams bin file type, allowing data to be calibrated under the same CAMS applications, star calibrations, trajectory and orbit analyses. Figures 2 and 3 are presented as stacked images of the meteor captured by ROC1 and SJU1 and 2.

Applying the highest quality trajectory and orbital evaluation, it was possible to get a final result, so the authors analyzed all data using CAMS software tools, further details relating to CAMS can be found on the website (http://cams.seti.org/). 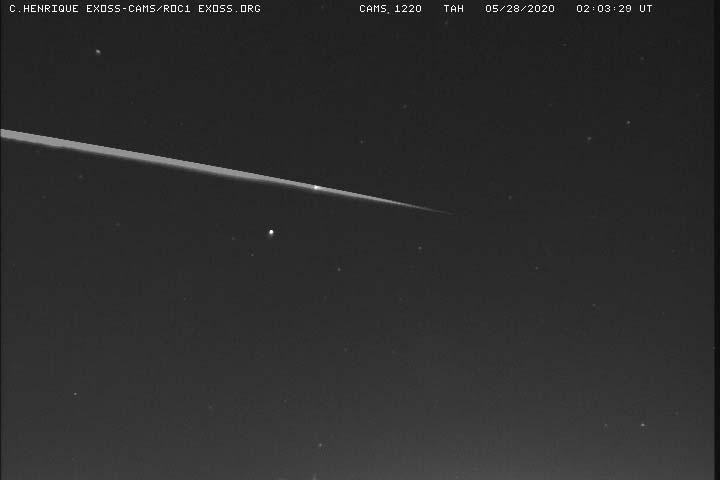 Figure 4 – Image of the ROC1 station, CAMS id 1220. It is easy to notice the beginning of the path of the meteor, still image mode from CAMS software. (Author Carlos Henrique). 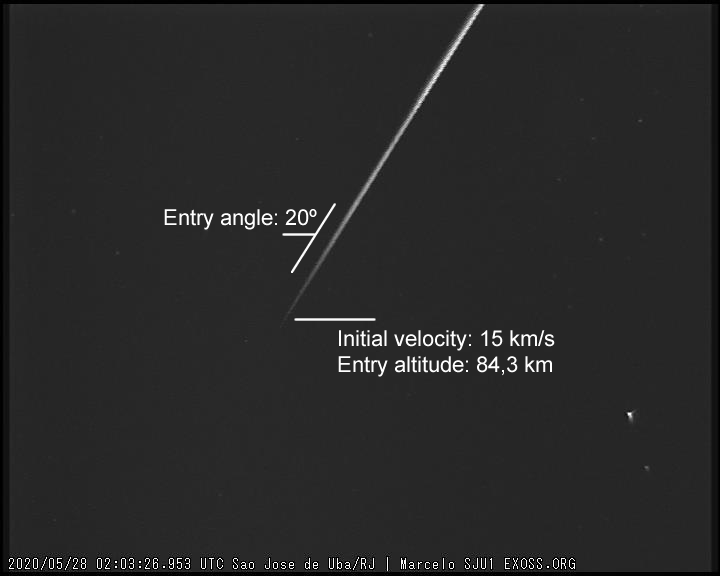 The complete videos processing by CAMS in order to estimate the geocentric velocities, beginning and end heights, the radiants, the size and the initial mass, as well as the orbital elements, enabled the authors to analyze the trajectory dynamics. The event had a total duration of about 13 seconds, reaching a maximum visual magnitude of −2.1. No radiant association could be found, using the CAMS shower-look-up-table listed in the paper by Jenniskens et al. (2018), considering a maximum radiant distance radius of 5.0° and a maximum velocity difference of 10.0% (Vida et al., 2018). In the Table 2 the observed and geocentric coordinates of the radiant parameters are shown.

The time spent during on its ablation path shows an unusual material resistance for a cometary type origin, besides no significant flare or very bright peak was noted. This made the authors believe that a gradual and fairly stable fragmentation was probably maintained during all the flight. This may point in the direction of a denser material like a stony, stony-iron or iron material.

Figure 6 – Ground track based on the CAMS analysis of Exoss stations data. The red arrow shows altitude and path, both in meters. The entry point on 2020 May 28 at 02h03m27.5s UTC.

The absolute magnitude at each stage in the trajectory was calculated using the formula:

where mabs is the magnitude at a distance of 100 km from the station, mobs is the observed magnitude and Linc is the increase in luminosity given by the formula:

where d is the distance (in km) between the observer and the meteoroid. In order to estimate the mass, we are able to apply Jacchia’s formula (Jacchia et al., 1967) for the maximum absolute magnitude:

where mv is the maximum absolute magnitude, M is the original meteoroid mass, vg is the geocentric velocity and z is the zenith angle. 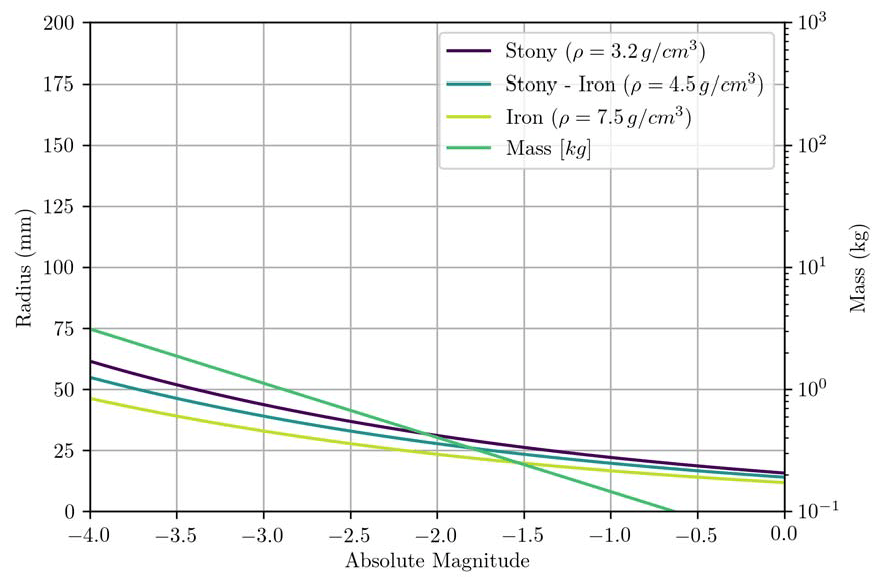 Figure 7 – Assuming an asteroidal origin, the typical meteoroid densities for iron, stony-iron and stony are 3.2, 4.5 and 7.5 g/cm3, respectively. The plot of the radius and mass is derived from Jacchia’s formula, with respect to vg and z values.

At Figure 7 a plot of radius and mass against absolute magnitude for vg = 10.175 km/s and z = 79.2° is demonstrated (Stewart and Pratt, 2013). So, assuming a maximum absolute magnitude of −2.10, the geocentric velocity and zenithal angle can be used in order to estimate the mass and size.

As already cited in the Section 4, our perspectives pointed towards a denser material, so the authors estimate its original mass in the order of 0.2 to 0.3 kg, with approximately a radius of 30 mm, if a stony material is considered, also taking in account its probable parental family type, an Aten’s or less likely Atira class.

Despite the orbital features are pointing at an Aten type orbit, we run an integration of the orbit 10 years back in time, using the IAS15 integrator (Rein and Liu, 2012) in order to obtain the close encounters with the planets Mercury, Venus and the Earth-Moon barycenter prior to its final encounter, in fact the meteor crossed the orbit of Venus and the minimum distance obtained was 0.034 A.U. at 2011–10–24, but beyond the SOI (Sphere of Influence) of this planet, as the minimum distance for the influence by Venus is less than 0.004 A.U. Table 4 shows the SOI distance from each interior planet. As can be seen for the last 10 years the closest approach (Venus) was beyond the gravitational planetary influence. 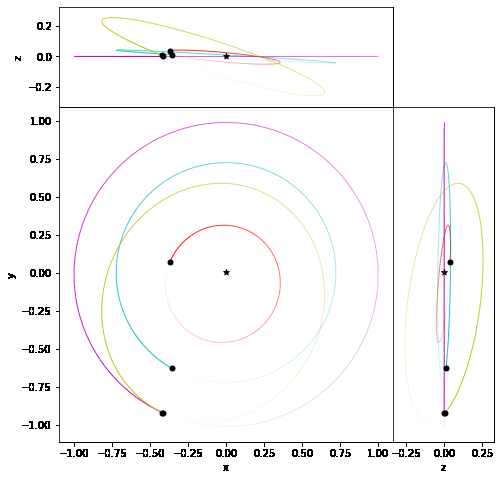 Figure 8 – The orbital diagrams at 2020–05–28 UTC, these show the view perspectives of the osculated orbits from the interior planets and the meteor path. Top: lateral view, Ecliptic’s North Pole is up. Left: front view, the red circle is Mercury orbit, the blue circle representing Venus path and purple one is the Earth orbit. The meteor trajectory, filled by the light green line, cross the Venus orbit. Right: a lateral view, Ecliptic’s North Pole is to the right. 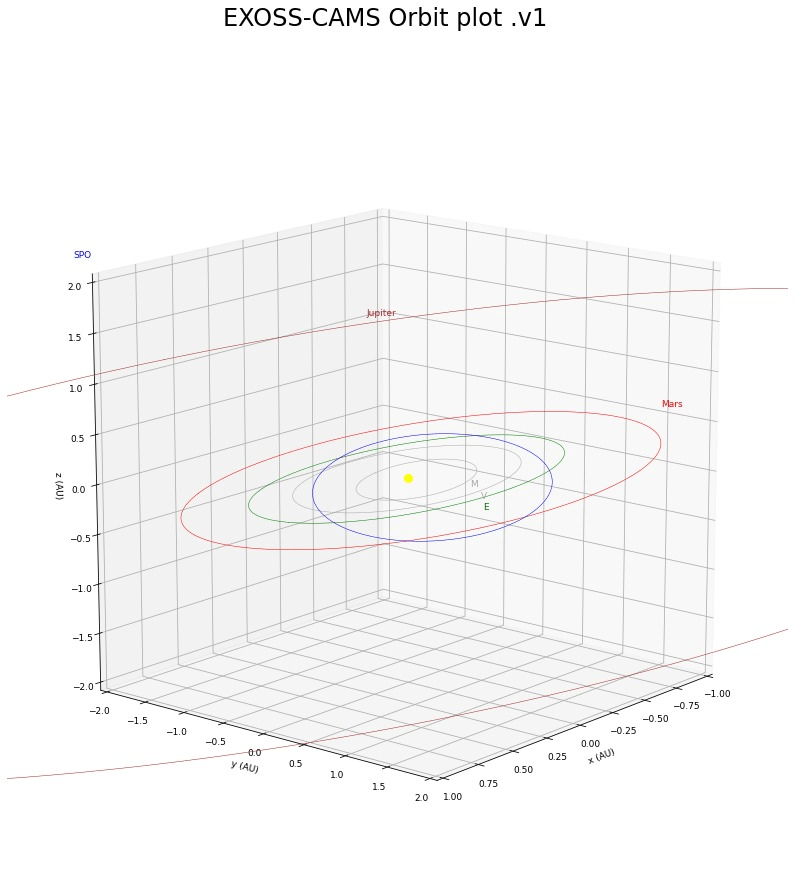 4.3 An analyses of meteoroid orbit classification

NEOS can be classified considering its a, q and Q orbital parameters, so the 5 classes can be distributed as follows:

So, our calculations showed a low score possibility for a close encounter perturbation, in a short period of 10 years but even other non-gravitational forces could be in action, such as the Yarkovsky effect (Brož et al., 2005), if this is taking into account on the mass calculation errors and size estimations, then its dimensions could be larger, greater than 10 cm. In that case, a hypothetic effect with a counter-clockwise spin (right-hand) on a prograde orbit could be in play. Then the irradiation dissipation of momentum could increase its semi-major axis, going from an Atira type orbit to an Aten’s one. 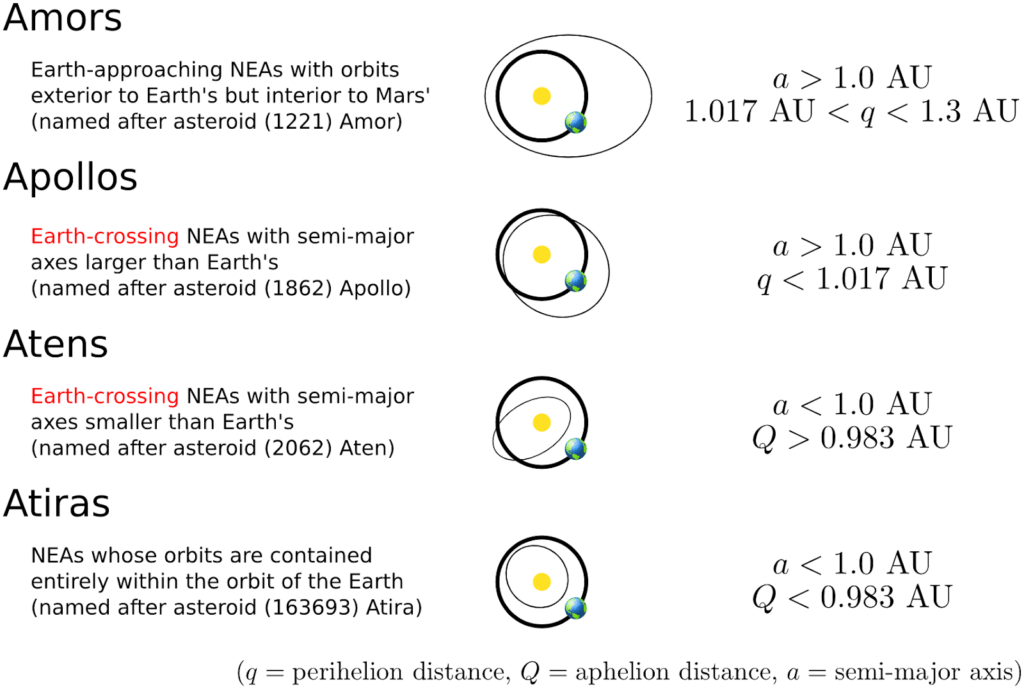 Figure 11 – Diagram from the Center for Near Earth Object Studies.

The meteoroid 2020-05-28 02h03m27s UTC was registered by three stations, under good weather conditions, with a satisfactory baseline distance, a number of reference stars of more than 20 for ROC1 and SJU2, although for SJU1 only 13 stars. First guess indicated a reentry of space junk, but after examining each data station in detail, we concluded that the meteor had a slow velocity and an orbit classified as an Aten’s type.

Even though an Aten’s type object and after applying integrations back in time for a 10 years period, supposing close encounters with the Earth-Moon barycenter, Venus and Mercury (however only closest encounter was found around 0.034 U.A. distance from Venus at 2011–10–24, it stayed away from the planet’s sphere of influence), the authors propose an Atira type orbit as a possibility. If taking in account the non-gravitational forces such as the Yarkovsky effect, and a detailed analysis for planetary close encounters, for a longer period backwards in time, there is room for a further investigation relating the meteoroid to an Atira type orbit.

The authors wish to thank to Exoss team.

Jenniskens P. (2018). “A shower look-up table to trace the dynamics of meteoroid streams and their sources”. In, AAS/Division of Dynamical Astronomy Meeting. page 102.04. 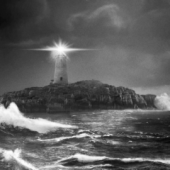