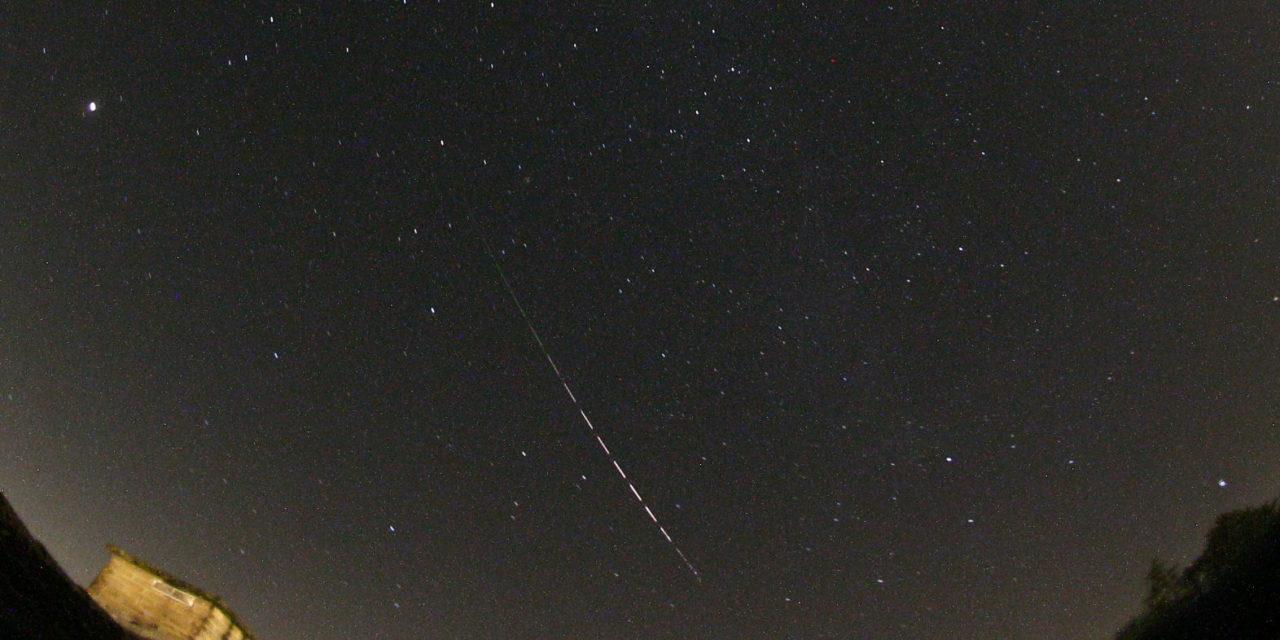 Abstract
A report is presented of the observing efforts by the author during September 2020. During these visual observations some chi Cygnids (CCY#757) were seen.

1. Introduction
On August 27th, 2020 astronomer Peter Jenniskens published an article in MeteorNews about the possible re-appearance of the chi Cygnids (Jenniskens, 2020). This minor meteor shower was first noticed in 2015, the author observed one CCY member then. During the night of August 20–21, the CAMS networks in Australia, South Africa, Namibia and Chile recorded an outburst of slow meteors from a radiant halfway between Delphinus and Aquila. It turned out to be activity of the chi Cygnids.
With a Full Moon on September 2 and Last Quarter on September 9, the first clear night without moonlight was eagerly awaited.

2020 September 13–14
The first clear night of September, happened from Sunday on Monday, in my weekend! I made an early start from the Groevenbeekse Heide near Ermelo, the radiant of the chi Cygnids was at its highest as soon as it was dark. No top conditions this night, the sky remained a bit hazy and after 22h45m UT a bit of thin cirrus appeared.
The kick-off was at 19h56m UT. Let’s have a look what there is to see! The expectations of what could be seen were deliberately kept low. Afterall, the CAMS stations had captured some members of this meteor shower, but limited to a few per night. I continued until 23h00m UT when more and more cirrus started to appear. During that period, I saw 5 possible chi Cygnids (CCY). I recorded every meteor coming from the suspected radiant as a CCY, even if the speed was wrong. Here are the timings and specifications of the five possible CCY meteors.

In the end two certain CCY meteors. Unfortunately, no confirmation of CAMS observations yet. A total of 32 meteors were counted this night in a 3.00 hours period. Of these, 2 chi Cygnids, 4 September Perseids and 6 Anti-helions. The most beautiful (and brightest) meteor was a yellow sporadic of magnitude 0 with a long path from the “head” of Draco to Aquila.

2020 September 18–19
Between 23h20m and 01h38m UT it was possible to observe again, this time from the meteor roof at home. This because fog was expected. Another hazy night and during the last period I was forced to change my field of view from south to north to keep the field of view free of clouds.

During 2.25 hours, 23 meteors were seen, including 3 September Perseids, 5 southern Taurids and no chi Cygnids. The radiant height of the CCY meteors is then of course low. The most beautiful meteor was a +1 sporadic.

2020 September 19-20
Finally, a beautiful clear night! This night, the Groevenbeekse Heide was again chosen as the observation location. There I could observe between 23h50m to 03h55m UT. Very clear sky and clean air, limiting magnitude 6.4 was achieved at the zenith and an SQM of 20.40. Exactly 4 hours observing time, in those hours I saw resp. 14, 9, 13 and 15 meteors, so in total I counted 51 meteors. Of these, there were 3 September Perseids, 5 Southern Taurids and 1 chi Cygnid. The CCY meteor appeared in the first hour.
The sporadic meteors showed the most beautiful meteors, a magnitude 0 (03h01m UT), orange meteor in Eridanus and 3 meteors of magnitude +1 were the highlights. From 3h45m UT again groups with Starlink satellites were seen, a maximum of 8 were visible at the same time and they were all (with one exception) around magnitude +1 to +2. The group of 8 Starlinks appeared at 03h55m UT, but number 5 in that train was very weak, magnitude +5 even though it moved exactly the same route. So, this has been a dark Starlink? A total of 32 Starlinks were seen.

2020 September 20-21
Due to fatigue from the previous session I decided to started a bit later. Again, excellent conditions, limiting magnitude 6.4 and SQM maximum 20.43. Observations were done between 00h25m and 03h54m UT. I counted 42 meteors. Of these, 2 September Perseids, 3 Southern Taurids and 1 possible chi Cygnid. The CCY appeared at 2h48m UT and it was super slow with an elongated fluffy appearance.
Again, some nice bright sporadic meteors were seen: a nice yellow magnitude 0 moving from Gemini to Taurus with a three second luminous trail. Furthermore, another four sporadics of +1 were seen.
All in all, a few nice sessions in September. A total of 4 chi Cygnids were seen.

Fireballs EN-908
Finally, it is worth noting that three fireballs were recorded in September 2020, the most notable of which was the big one of September 24, 2020. This bright and fast fireball was captured simultaneously with four other all sky stations. Unfortunately, the spectacular Earth-grazer of September 23 has not been recorded, due to extremely thick fog in Ermelo around that time.

Figure 2 – The fireball of September 24, 2020 at 02h06m45s UT. The fireball appeared in Pegasus as seen from Ermelo.
Five more all sky stations in the BeNeLux captured this fireball.