Abstract: The authors describe their visual and photographic efforts during 6-7 and 7-8 December 2020.

I present the results of visual and photographic meteor observations between December 6 to 8, 2020. VISDAT and RADIANT were used to analyze the observations.

Observations were made at a private astronomical observatory in Polanyi, 8 km from the city of Molodechno. On the northeastern side there is a slight illumination of the sky from the city. There is some obstruction of the sky in the northern sector (up to a height of 30–35 degrees) and slight obstruction in the eastern and southern directions, which does not interfere with observations. For the comfort of the observations, I created my own special observing chair with adjustable backrest (Figure 1). 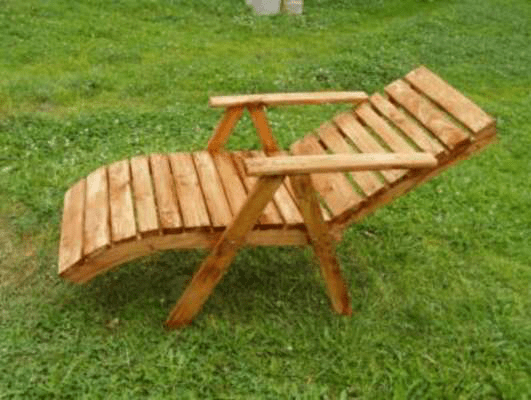 The average stellar limiting magnitude at the zenith is about 5.5. All paths of meteors were plotted on copies of star charts, printouts from the StarCalc planetarium program. Photographic observations were made with a Canon 350D camera with an MC 3.5/8A lens mounted at a height of 8 meters (on the dome of the astronomical observatory). For lens heating against freezing and fogging we used a hair dryer controlled by an electronic timer-socket “Electraline” in a mode of 1 hour of heating and a 30 minutes break. The camera would start 20 minutes after sunset and stop recording 10 minutes before sunrise every night from December 6 to 7, 7 to 8. Photographs were taken with an exposure of 30 seconds, ISO 1600. From December 6 to 8, 8 bright meteors in the –4 to +2 magnitude range were photographed. Of these, 6 are classified as sporadic, two were identified as probably associated with the December alpha Draconids (DAD#334). 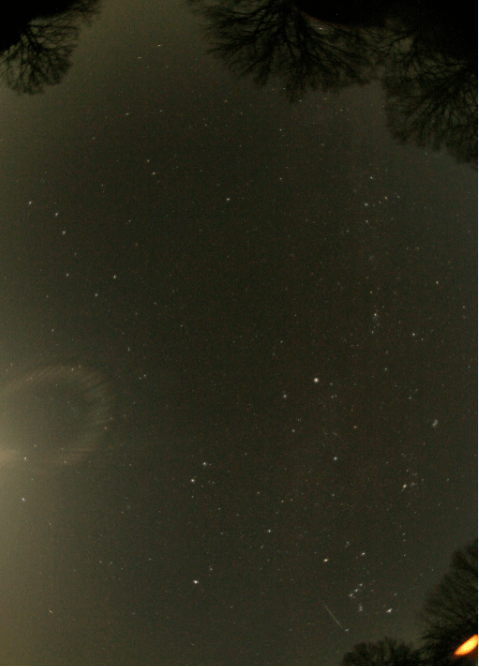 One of them was a fireball in Cassiopeia, the second one appeared at 00h24m UT on December 8 in the constellation of Orion (Figure 2). Another one of interest, at 00h58m UT appeared in Cam, a beautiful yellow meteor (SPO) with a double flash (Figure 3). 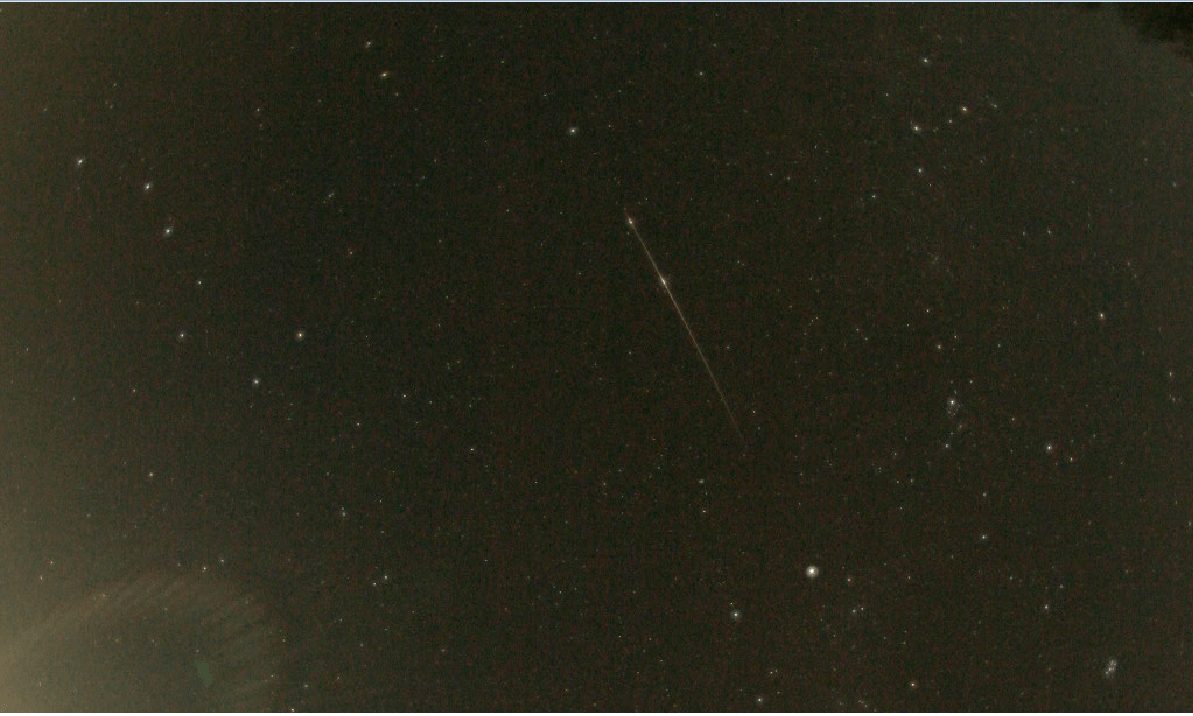 Figure 3. Beautiful meteor with a double flash in Сam.

The purpose of the visual observations was to check the activity of the Geminids (GEM) and the minor showers (Rendtel J.,2020) NOO, HYD, MON, and some others. The second goal was to determine the radiant coordinates of those streams showing sufficient activity to define a radiant. The third aim was to look for new radiant positions for the meteor streams. The goal of the all-sky camera photo-patrols was to record bright meteors and bolides. The coordinates of the starting and ending points of the flight were determined from printouts from the StarCalc planetarium program. All data together with the characteristics of the meteors were entered into VISDAT. The table of active meteor streams from the IMO Meteor Calendar, VMDBRAD.DBF and a table with daily radiant drifts DRIFT.DBF were preconfigured in this program. VISDAT automatically classifies meteor shower associations based on criteria developed by IMO. The Radiant positions were calculated using RADIANT software which reads VISDAT database files: vmdata20.dbf (table with information about meteors: time, brightness, angular velocity, accuracy of plotting, etc.) and vmhead20.dbf (the table with the observing conditions: interval, Lm, coordinates of the center of observed sky area, correction factor for cloudiness). The radiant locations are computed by three methods; however, two methods are most relevant for the analysis of observations: the “Tracing back” method and the Probabilities method. Each track on the photos was checked if it was caused by artificial satellites by the program HeavenSat. Data from the photographic observations were entered into the VISDAT program with an average meteor velocity of 15 degrees per second. Note that a correction was made to the showasso.txt file for autoclassification of meteors, just as with the visual observations. The correction was that a meteor not falling within the required velocity range by 1 degree per second was considered as belonging to a given meteor shower. For example, let VISDAT set the velocity range as 10–15 degrees per second for a given meteor while the real angular velocity which was entered into the database was 16 degrees per second. Without the correction, the program would classify this meteor as a sporadic, whereas after correction the meteor would be classified as a December Monocerotids (MON#19), for example. The radiant locations were calculated based on visual and photographic observations together, the data were imported from VISDAT (Richter J. ,1999) into RADIANT (Arl R.2001).

During the first observation interval on December 06, I noticed some meteor activity from the polar region. Attempts to find the December alpha Draconids (DAD#334) radiant from my visual observations of December 6–7 by Probabilities was unsuccessful – the RADIANT program persistently “pops up” a radiant in Ursa Minor (Figure 4). Such radiant is not listed in the Meteor Data Center database. On December 8, a possible fireballs, classified by VISDAT as belonging to DAD (Figure 5), was seen by a camera.

The same fireball (–3.8 mag) was recorded by a video camera of Yuri Goryachko in Minsk (Figure 6).

Figure 4 – Results of radiant position calculations for the December 6 and 7 meteors in the RADIANT program. 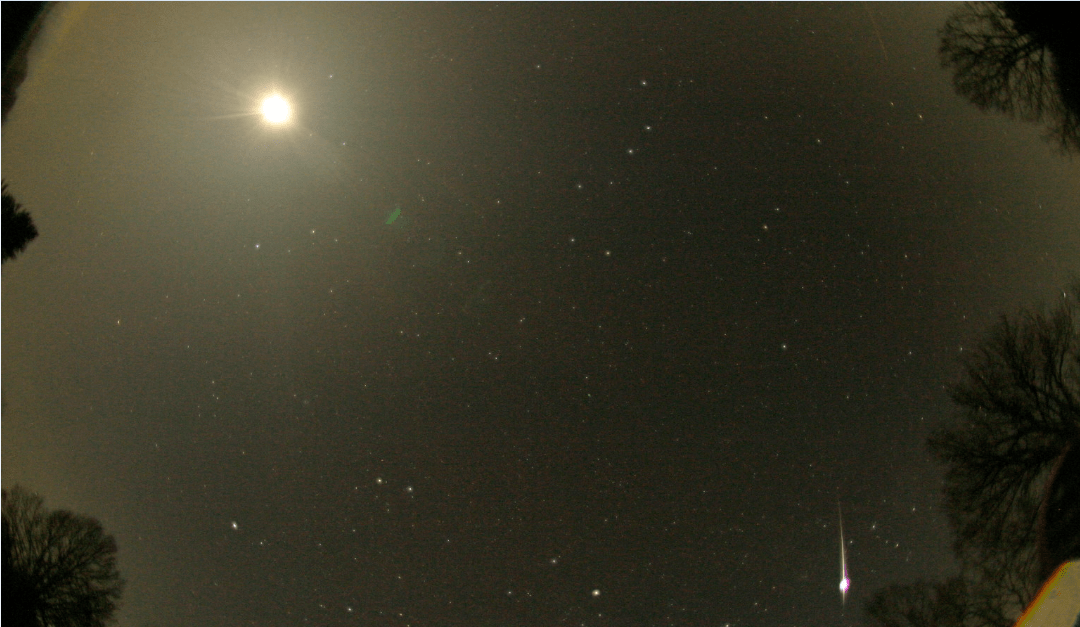 On the video (SonotaCo,2009), Yuri saw another faint meteor, as if a part of the main fireball had split off. His calculation gives the location of the radiant of the fireballs at the position of the DAD radiant (Figure 7). The fireball and the faint meteor on the camera of Yuri appeared almost simultaneously, these are on the same video. 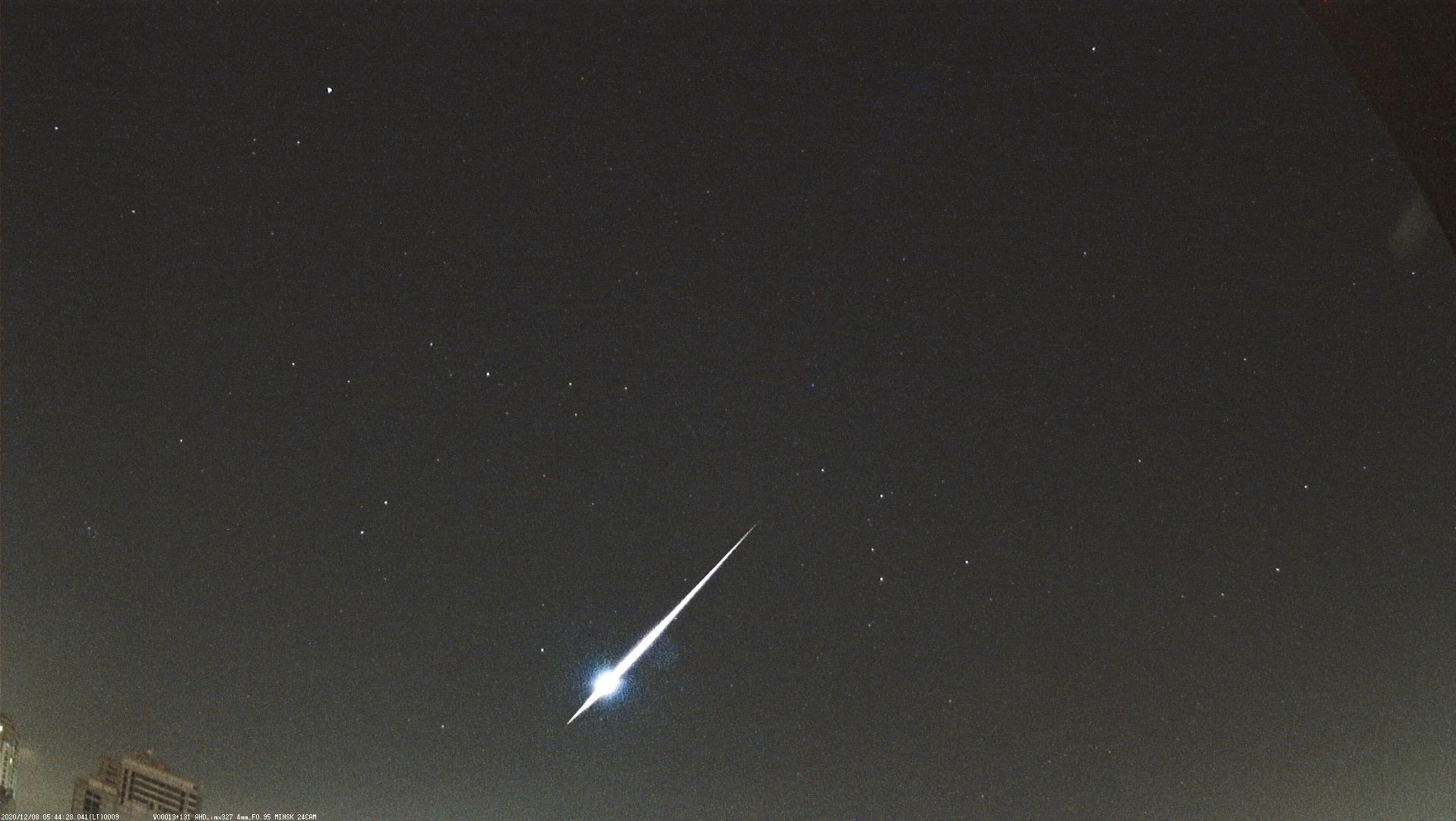 Table 1 – The activity of the meteors of the different streams, based on the processing of observations in the program-VISDAT. 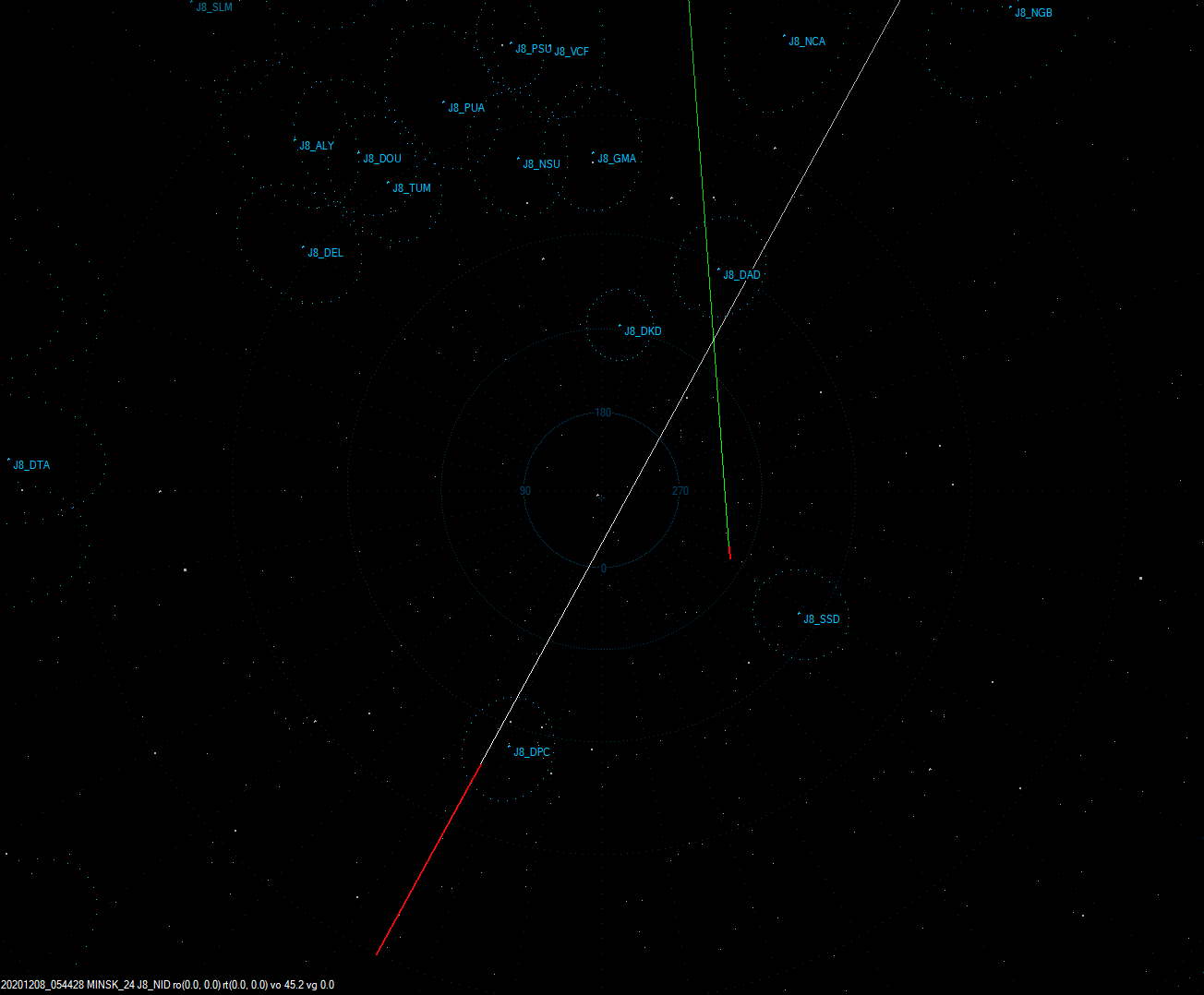 Figure 7 – Calculation of the location of the bolide and a faint meteor by the program UFOOrbit for December 08, 2020, performed by Yuri Goryachko.

But most interestingly, CMOR radar (Jones J.,2005) shows a prominent short-lived radiant in the area on December 8, e.g., it has been active only one day, and then disappeared (Figure 8)

Figure 8 – Location of the unknown radiant in Ursa Minor on the CMOR radar on December 08, 2020

The Tracings method seems to indicate a possible radiant for the fireballs between UMa and Dra, suggesting it may belong to the DAD meteor shower (Figure 9). 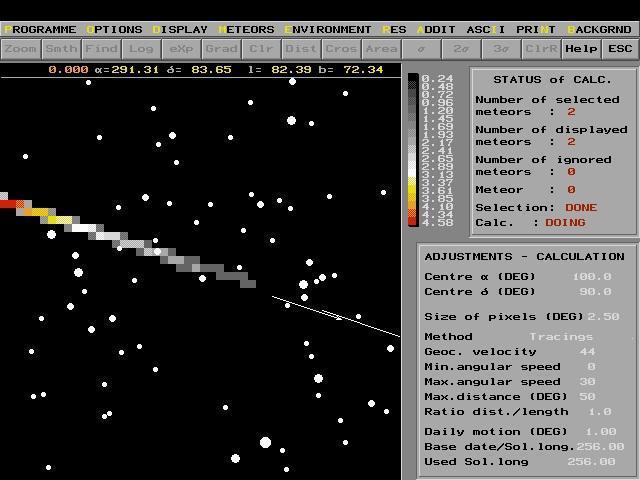 Figure 9 – Calculation of the position of the fireballs from photographic observations I.Sergey and video observations Y. Goryachko December 08, 2020 by Tracings method.

Meteors belonging to DAD are classified by VISDAT on the basis of criteria developed by IMO. Here the situation is somewhat contradictory. RADIANT “shows” a radiant in Umi if calculated with Probabilities, while VISDAT classifies some meteors as DAD. Radiant, on the other hand, shows a probable radiant in the DAD region when calculating with the Tracing method. Most likely DAD meteors appear before as well as after the peak date. CMOR radar shows a variable and complex DAD meteor shower structure. There are probably several sub centers. Whether some minor DAD shower activity has been detected, or some meteor shower activity from an unknown radiant in Umi, is not clear. Visual observations have the evidence that the observer sees what is happening at the sky, while the video observer only learns about their results the next day or even later. A second advantage of visual observations over video observations is that fainter meteors can be captured. The third advantage is aesthetic – direct “communication” of the observer with the starry sky is very fascinating and an exciting awareness that is beneficial for science. No observable, reliably detectable radiants have been recorded between December 6 and 8. There is some hint of faint meteor activity with a possible radiant near Capella, but there is no confirmation of this from the CMOR radar. So, the exact identity of the bolide is a mystery.

I thank Yuri Goryachko for providing video observation materials and the analysis of his data, and Paul Roggemans for proofreading the article. Thanks to Konstantin Morozov (Minsk) for his recommendations on working with the program HeavenSat.