Abstract: A summary of the activity of the CAMS BeNeLux network during the month of November 2020 is presented. 17241 multiple station meteors were recorded. In total 5441 orbits were collected during this month, a second-best November month for CAMS BeNeLux.

November is a typical autumn month with rather unstable weather over the BeNeLux. Completely clear nights are rare during this time of the year. However, during the long nights with 13 to 14 hours dark sky, it is also rare that clouds remain all night present. Very often clear gaps appear during which meteors can be registered. To be successful in a month like November is a matter of having the cameras operational. With most stations running Auto CAMS seven days on seven, still a lot of double station meteors can be registered during periods with unexpected clear sky.

CAMS BeNeLux collected 17241 multi-station meteors (9339 in 2019), good for 5441 orbits (3237 in 2019, 6916 in 2018). This is a much better result than in 2019. November 2018 was an exceptional favorable month of November and November 2020 is the second best. AutoCams functioned at 18 camera stations, at 5 stations the cameras were only started when there was a chance for clear skies. Not all the camera stations could participate during the entire month. 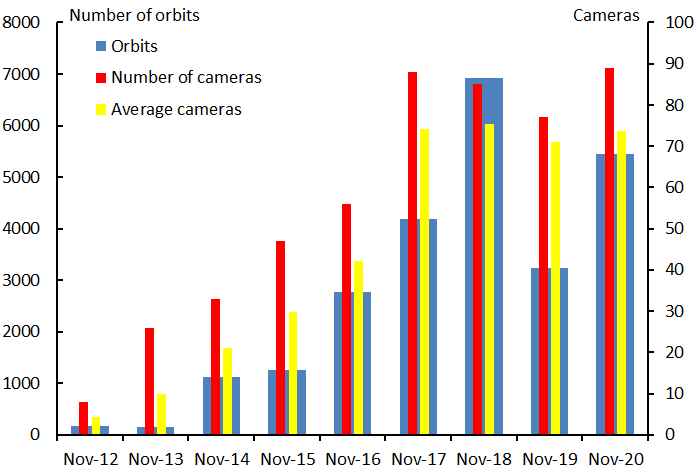 November 2020 brought exceptionally favorable autumn weather for the BeNeLux what resulted in a second-best November month during 9 years of CAMS BeNeLux.

Many thanks to all participants in the CAMS BeNeLux network for their dedicated efforts. This report is based on the data from the CAMS-website with thanks to Martin Breukers for providing the information for the camera stations. 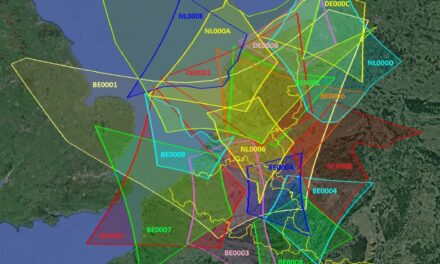