December might be the most interesting month of the year meteor wise. Meteor rates remain at a high level with several very active minor showers during this month. The Geminids are one of the most active annual showers of the year and the Ursids sometimes contribute with unexpected enhanced activity. This rich activity comes with the long winter nights of over 14 hours dark sky in the BeNeLux area. Could we be lucky with the weather in 2020?

This month counted only 8 nights with more than 100 orbits (13 in 2019) and 7 nights remained without any orbits (3 in 2019). Best night of December 2020 was 18–19 with 495 orbits. The nice score in orbits in December 2018 was thanks to a lucky coincidence that some of the very few clear nights happened during the best Geminid activity nights. In December 2019 the Geminids were missed but the weather was more favorable in general.

The statistics of December 2020 are compared in Figure 1 and Table 1 with the same month in previous years since the start of CAMS BeNeLux in 2012. In 9 years, 206 December nights allowed to obtain orbits with a grand total of 22320 orbits collected during December during all these years together.

While December 2019 had a maximum of 82 cameras operational on some nights, 72.8 on average, December 2020 had 86 cameras at best and 72.4 on average. Not everyone has the possibility to operate cameras every night, however experience learns it is highly recommended to try to keep as many cameras as possible operational all nights. 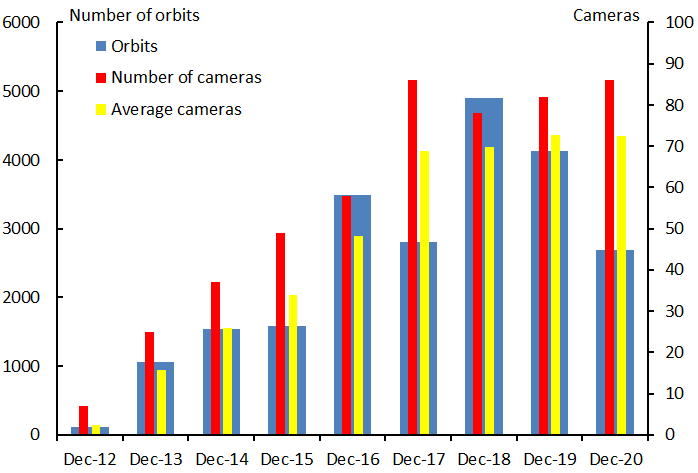 Although the lower total number of orbits is mainly due to bad weather, there were many nights that camera operators in the northern part of the BeNeLux network didn’t start their cameras, assuming the sky would remain overcast, while the southern part of the network functioned 7/7 with AutoCams and registered meteors during unexpected clear periods. A substantial part of the orbits obtained by CAMS BeNeLux were obtained during often mainly cloudy nights with unforeseen clear periods. Best practice is to keep cameras operational 7/7 as nobody can foresee if a cloudy night will actually remain 100% overcast. For this purpose, the RMS cameras are ideal since these function totally automated. A new RMS camera started contributing to the CAMS BeNeLux network from 4–5 December 2020 installed at Dwingeloo, Netherlands, by Tammo Jan Dijkema.

December 2020 brought the lowest score in terms of orbits since 2015 when less cameras and stations participated in the network. It is difficult to compare with earlier December results as no AutoCams existed before 2015 and significant less cameras were available. December 2020 may have been the very worst December month in the CAMS BeNeLux history. 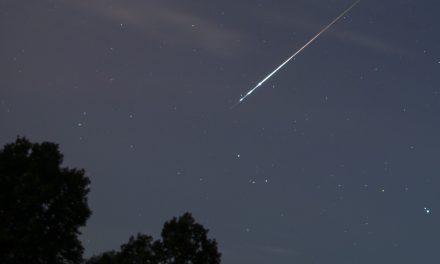