There are no active visual or daylight meteor showers in March (Rendtel, 2021). The average approximate background hourly signal activity is 3–20. Figure 1 shows the hourly rates of radio meteors in March 2021 at 88.6 MHz. Figure 2 shows the corresponding heat map.

Listening to the radio signals 1 to 3 times a day for one hour was done in order to control the level of the hourly rates, as well as to distinguish between periods of tropospheric passage and other natural radio interference. The total effective listening time was 72 hours. A slight increase in the level of activity is noticeable from about March 14 to 20.

Figure 3 – The result with the calculated hourly numbers of meteor echoes by listening to the radio signals during March 2021.

The difference in activity levels between the listening method and the automatic observations can be explained by the fact that listening to the radio echoes allows to hear weaker meteor signals that remain too weak for recording by the software.

In order to quickly search for signals of the radio fireballs, the program SpectrumLab was running in parallel to the Metan program. Screenshots were saved every 10 minutes. The search for fireball events was performed visually by viewing many thousands of screenshots obtained over a month. Then, we selected fireball events from the log files of the Metan program. For fireball activity statistics, I have selected signals from the log files with a peak power greater than 10000 as fireballs and with a signal duration greater than 10 seconds. Figure 4 shows the daily activity of the fireball radio signals.

Daily activity of fireballs did not exceed 3, indicating a “quiet” month in terms of activity. Figure 5 displays one of the fireball radio echoes. 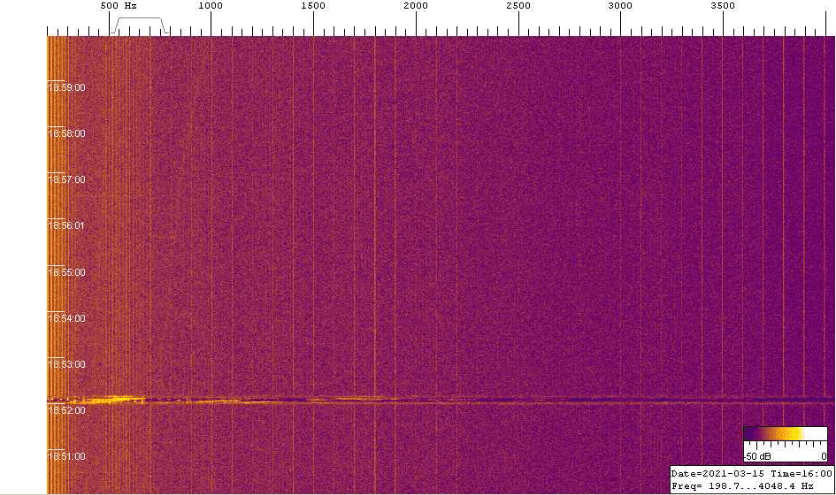 The weak increase in radio meteor activity in the time interval March 12–22 is confirmed by CAMS data, which show a weak increase in shower and sporadic meteor activity during March 15–22. Automatic observations show a shorter time interval for a weak increase in signal activity from about March 11 to 15. This can be explained by the registration of larger meteoroids recorded automatically compared to the radio listening method. A joint analysis of the observations by different methods will show more reliable activity behavior by the meteors during this month. 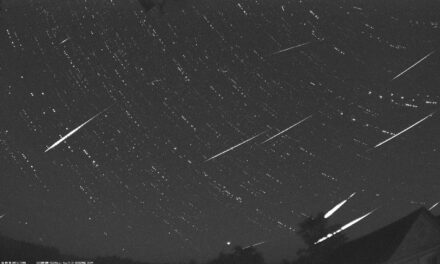