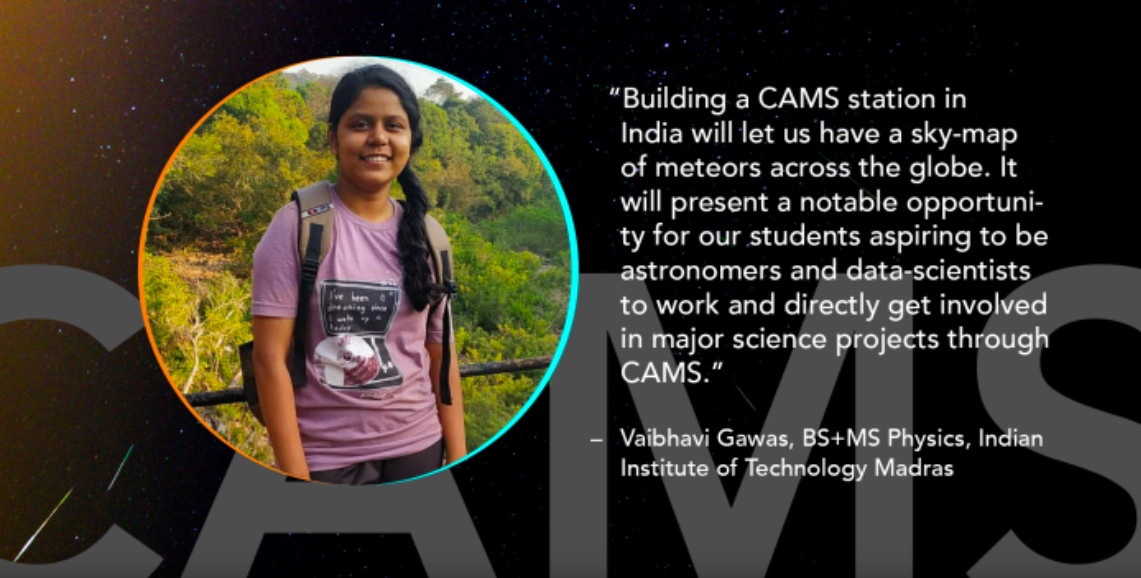 [Update: Campaign has ended. 88 people backed the project. Thank you!] The SETI Institute has created for us a crowd funding campaign to help establish a CAMS India network that will patch up a gap in global CAMS coverage.

CAMS is a global network of mostly citizen-run surveillance cameras that watches the night sky for meteors. By measuring their approach direction and speed, CAMS catches the streams of meteoroids in the path of comets and asteroids as they weave in and out of Earth’s path, as well as the occasional meteorite fall. To catch meteor showers that last only an hour or less demands eyes on the entire night sky.

To do this, CAMS uses low-light CCTV cameras at stations across the globe — about 548 in total. Currently, there are CAMS observatories in the USA, Europe, and United Arab Emirates on the northern hemisphere, and New Zealand, Australia, South Africa, Namibia, Chile and Brazil on the southern hemisphere.

Each station has 16 cameras, and each camera generates 10 Gb of data per night. When a meteor is detected against the star background, it must then be triangulated with other stations to determine its trajectory and speed. Results are posted online in the morning.

Donate today to help purchase the 48 cameras and computers needed to establish a world class CAMS observatory in India. You’ll ensure scientists have key data to help understand our solar system while empowering the next generation of computer scientists. Ensure we have eyes on the entire night sky 24/7! Special CAMS mugs and T-shirts were designed for this campaign: