Abstract: The δ-Aquariids are one of the major meteor showers. In 2021, worldwide radio meteor observations caught a distinct activity. The peak occurred at λʘ = 125.64° (July 28. 18h UT) with an Activity Level = 4.0 ± 0.7. Another peak before the main peak has been observed at λʘ = 122˚ (July 25). This activity was composed by two components. One was the traditional activity, and the other was a sub-component activity. The peak of the traditional activity appeared earlier than for visual observations. The sub-component activity has been also detected in the past.

With Radio Meteor Observations it is possible to observe meteor activity continuously even if the weather is bad or during daytime. Besides, the radiant elevation problem has been solved by organizing the worldwide radio project. One of these worldwide projects is the International Project for Radio Meteor Observations (IPRMO). IPRMO uses the Activity Level Index for the analyzing of meteor shower activity (Ogawa et al., 2001).

Figure 1 shows the result of the δ-Aquariid activity based on the calculation of the Activity Level Index using 40 observations from 12 countries. The distinct increase started around λʘ = 118˚ (July 19). The highest activity occurred between λʘ = 124.00° and 126.00°. The maximum peak displayed an Activity Level = 4.0 ± 0.7 at λʘ = 125.64° (July 28, 18h UT). Since the solid line shows the average for the period of 2005–2020, the whole activity profile was similar to the previous year’s average. In detail, however, the ascending shoulder produced a higher activity than previous year’s average. Another peak appeared at λʘ = 122° (July 25). The peak had an Activity Level = 3.4 ± 0.3 at λʘ = 122.22° (July 25, 5h UT). Although the Activity Level Index seemed to increase again after λʘ = 125.64° (August 6), this was probably due to the influence of the beginning Perseid activity. This is because it is impossible to distinguish the total number of meteor echoes for the different meteor showers.

Figure 1 – The Activity Level Index of the δ-Aquariids 2021 by radio meteor observations from all over the world (solid line is the average for the period of 2005–2020). 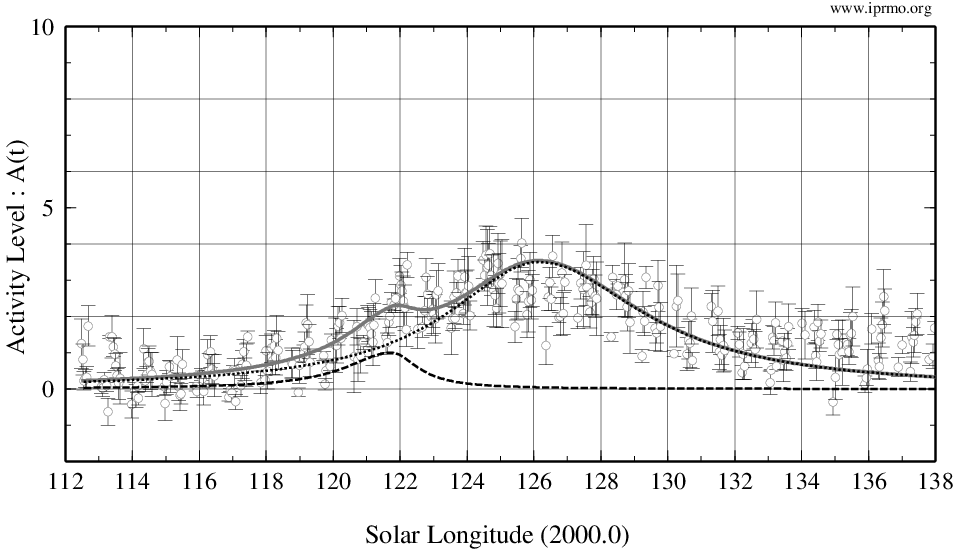 Figure 2 – The estimated components of the δ-Aquariids 2021 (dotted and dashed lines represent the main and the sub components, the gray line represents the total activity profile).

Table 1 – The estimated components of the δ-Aquariids 2021.

The earlier peak time than in visual observations

Since 2005, the peak of the δ-Aquariids in radio meteor observations was observed to appear earlier in time than in the visual observations. Table 2 shows the list of data for past observations. The average time for the main peak for the period of 2005–2020 was estimated at λʘ = 125.00°. Although the time of the peak activity has a certain width, these occurred almost every year earlier than the visual peak.

There is no obvious explanation what is causing this activity. Although it is possible that these occur within the error margins, there may be some other explanation because this has been observed almost every year.

Table 2 – The list with the data for both components of the main and the sub activity. AL* is the Activity Level at the peak time.