Listening to the radio signals 1 to 3 times a day for one hour was done in order to control the level of the hourly rates, as well as to distinguish between periods of tropospheric passage and other natural radio interference. The total effective listening time was 63 hours.

Figure 3 – The result with the calculated hourly numbers of echoes of meteors by listening to the radio signals for July 2021. 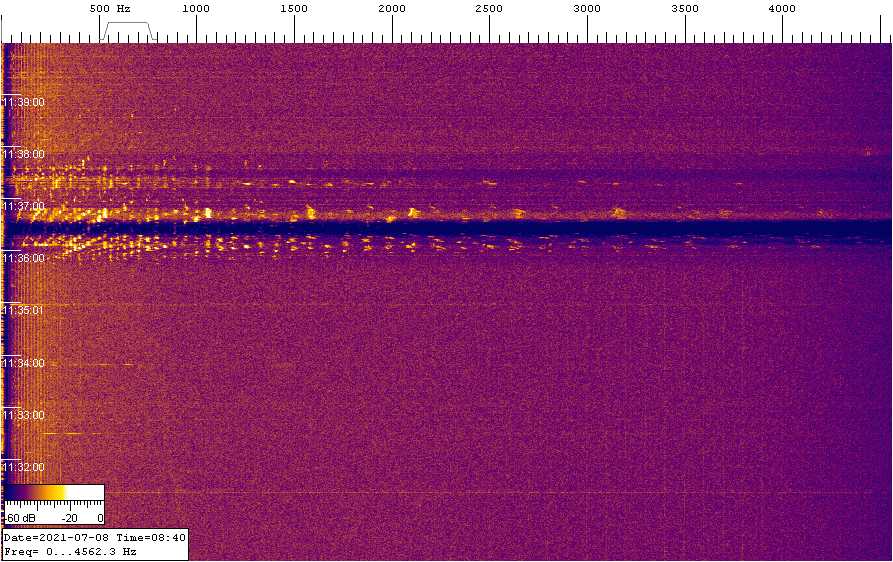 There is no known source of increased fireball activity in the first half of the month. 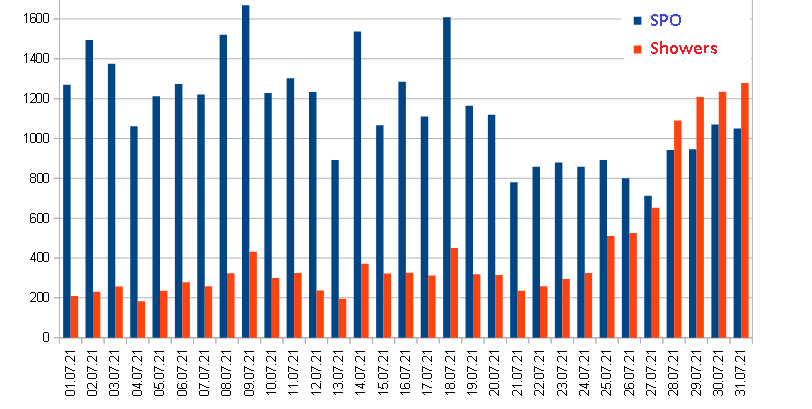 There is a satisfactory correlation between the methods of automatic signal detection and the method of listening to the radio echoes by manual counting of the number of meteor signals. The counting method and the automatic detection method show a three-wave profile of activity during the month of July. Such activity fluctuations are poorly visible in the CAMS data, which may indicate that this monthly activity fluctuations are caused by smaller meteoroids, hence fainter meteors. The level of shower activity according to CAMS data increases by about 2 times by the end of the month, while the level of activity in the radio band does not increase that much. The poor correlation between video-network data and radio-observations is related to the detection of meteoroids of different masses. Most likely a huge abundance of small particles during the radio observations does not allow to detect the activity profile for larger meteoroids which are registered by video networks as these are predominated by the majority of smaller dust.