According to IMO visual data, high Perseid activity lasted from August 13 to 15 (https://www.imo.net/members/imo_live_shower?shower=PER&year=2021), see also Miskotte et al. (2021), which correlates satisfactorily with radio observation data. The origin of the short burst of activity on August 11 from 11h to 15h UT, is unclear. Perhaps this event is related to a short flaring up of the Perseids. Increased shower activity was recorded between 16h–19h UT on August 14 and 01h–06h UT on August 15.

Listening to the radio signals 1 to 3 times a day for one hour was done in order to control the level of the hourly rates, as well as to distinguish between periods of tropospheric passage and other natural radio interference. The total effective listening time was 59 hours.

Figure 3 – The result with the calculated hourly numbers of echoes of meteors by listening to the radio signals for August 2021. 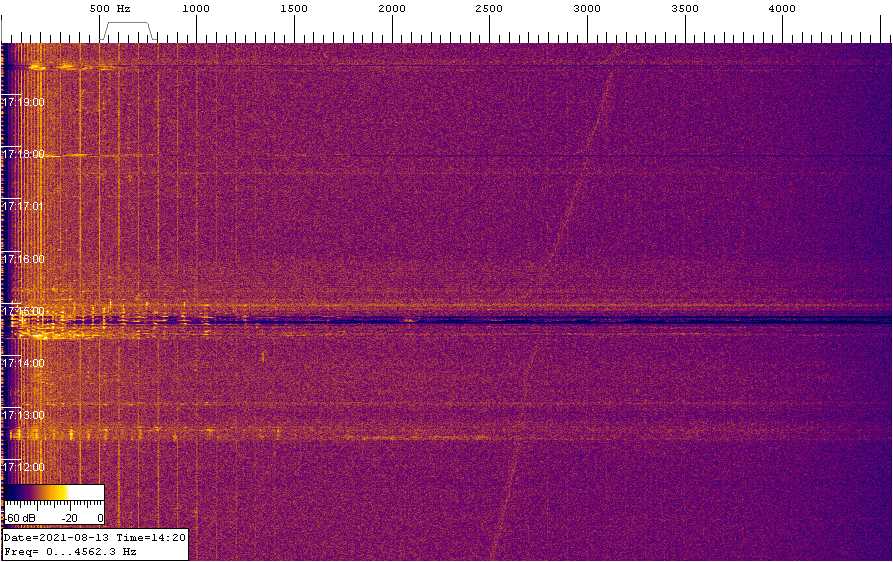 There is a satisfactory correlation between the methods of automatic signal detection and the method of listening to the radio echoes by manual counting of the number of meteor signals. The radio data correlates satisfactorily with the CAMS video network data. The advantage of the radio listening method is the efficiency in terms of “scanning” the level of signal activity, i.e., the observer knows in real time what is happening at the sky in the radio band. The profile of the fireball activity satisfactorily correlates with the activity profile of the shower meteors from preliminary the CAMS data! 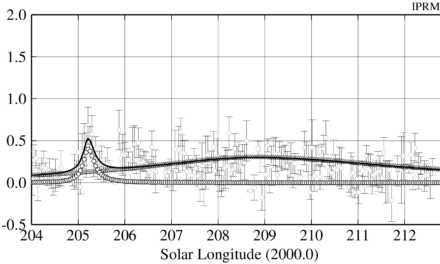 Radio Observations in October and November 2021