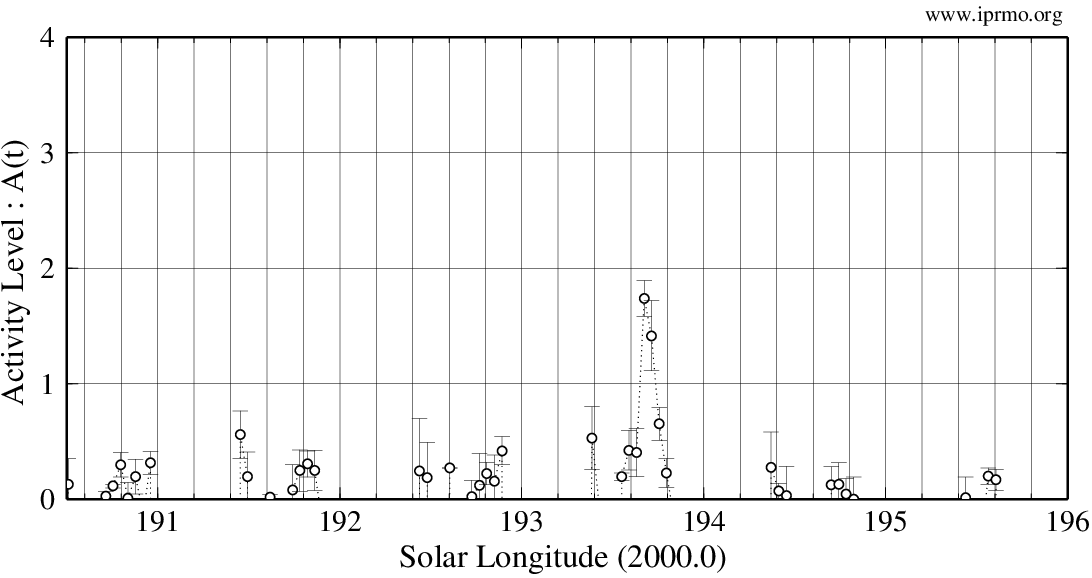 Abstract: The Arids outburst released by the 2014 dust trail from comet 15P/Finlay has been observed on October 7 using worldwide radio meteor observations. The observing conditions were difficult for many radio meteor observers, being located at the Northern hemisphere. This time, the outburst was mainly caught at Mexican observing stations. The outburst occurred at October 7, 0h – 1h UT (λʘ = 193.67–193.71°) with an Activity Level Index = 1.7 ± 0.1 and an estimated ZHRr = 80 ± 10.

Radio meteor observations make it possible to observe meteor activity continuously even if bad weather interferes or during daytime. Besides, the problem with the radiant elevation is solved by organizing radio observing as a worldwide project. One of the worldwide projects is the International Project for Radio Meteor Observations (IPRMO). IPRMO uses the Activity Level index for analyzing the meteor shower activity (Ogawa et al., 2001). The first outburst of the Arids was not detected by the worldwide radio meteor observations because the radiant elevation was too low to be observed at almost all observing stations.

This research adopted two methods to estimate the Arids meteor shower activity. One is the Activity Level Index which is used by IPRMO (Ogawa et al., 2001). The second is the estimated ZHRr (Sugimoto, 2017). This index is estimated by using the Activity Level index and a factor named Sbas which translates the activity to the ZHRr. This method is very useful to compare radio observations with visual observations.

Since the geocentric velocity of the Arids is very slow with 11 km/s, the zenith attraction needs to be taken into consideration (Richardson, 1999). This analysis has taken this factor into account.

Figure 1 shows the result for the Arids 2021 based on the calculation of the Activity Level Index using 30 observing stations in 11 countries. Almost all of the observing stations had difficulties to observe this shower because of the low radiant elevation even with the zenith attraction taken into account). Some unusual activity has been recorded around October 7, 0h–1h (λʘ = 193.67°–193.71°). The maximum occurred at October 7, 0h UT (λʘ = 193.67°) with an Activity Level Index = 1.7 ± 0.1. This outburst was mainly observed by Mexican observing stations.

Although the time of the maximum is different between the Activity Level Index and the estimated ZHRr, it seems that this depends on the rather few observations (only a couple of observing stations in Mexico). 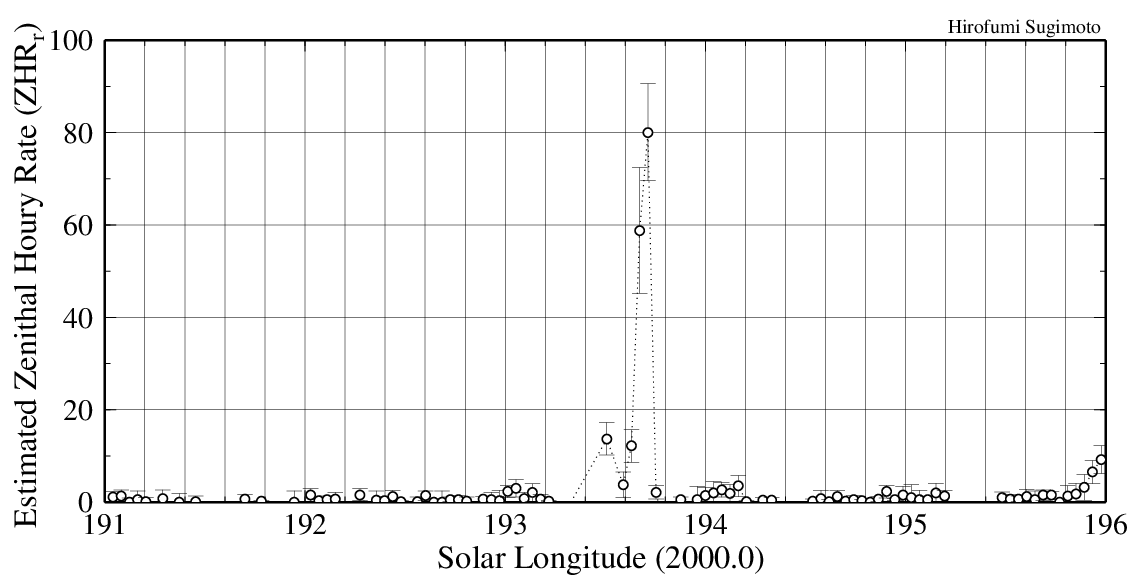 The worldwide data were provided by the Radio Meteor Observation Bulletin (RMOB). Although most observing stations suffered bad conditions such as a low radiant elevation, many observes provided data.  We thank the following observers for their contribution: 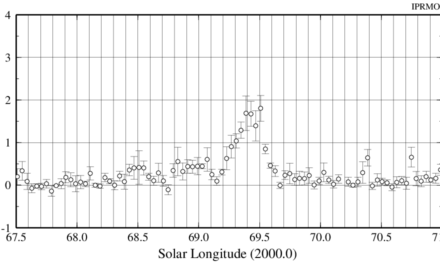