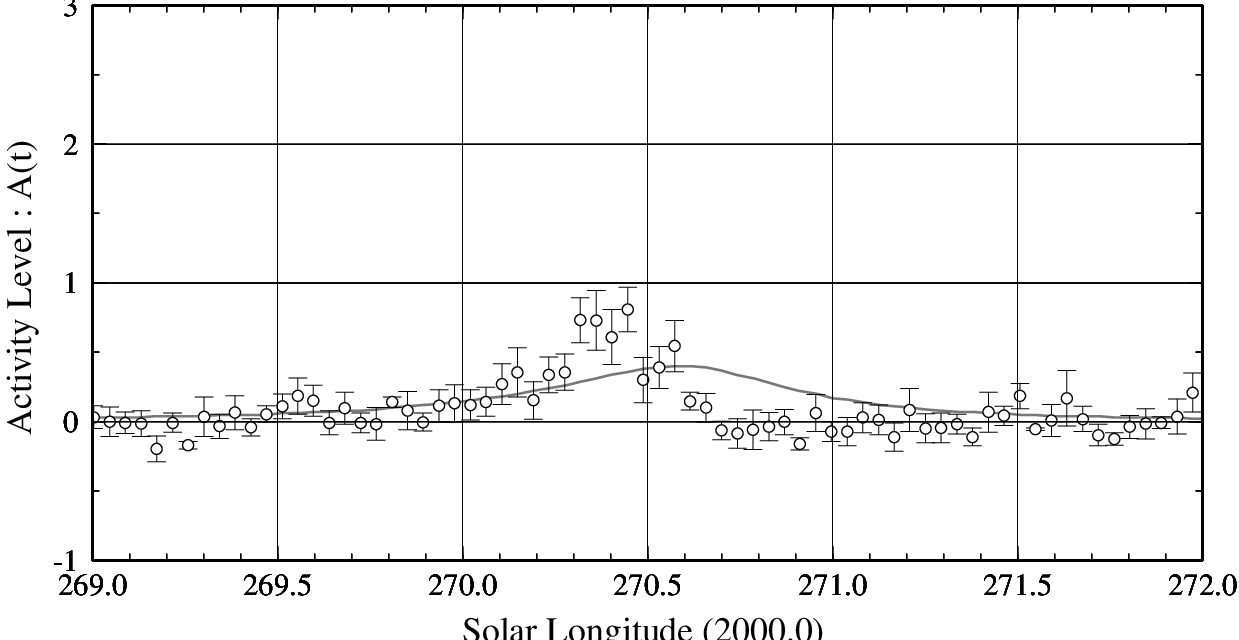 The Ursid meteor shower is one of the major showers at the end of the year. Although it shows only a weak annual activity level in most years, sometimes outbursts of activity have been recorded such as in 2008, 2009, 2014 and 2016 (Ogawa and Steyaert, 2017). Also in 2020, worldwide radio meteor observers have recorded an activity level twice the usual annual level (Ogawa and Sugimoto, 2020).

Radio meteor observations make it possible to observe meteor activity continuously even if bad weather interferes or during daytime. Besides, the problem with the radiant elevation is solved by organizing radio observing as a worldwide project. One of the worldwide projects is the International Project for Radio Meteor Observations (IPRMO). IPRMO uses the Activity Level index for analyzing the meteor shower activity (Ogawa et al., 2001).

This research adopted two methods to estimate the Ursid meteor shower activity. One is the Activity Level Index which is used by IPRMO (Ogawa et al., 2001). The second is the estimated ZHRr (Sugimoto, 2017). This index is estimated by using the Activity Level index and a factor named Sbas which translates the activity to the ZHRr. This method is very useful to compare radio observations with visual observations. 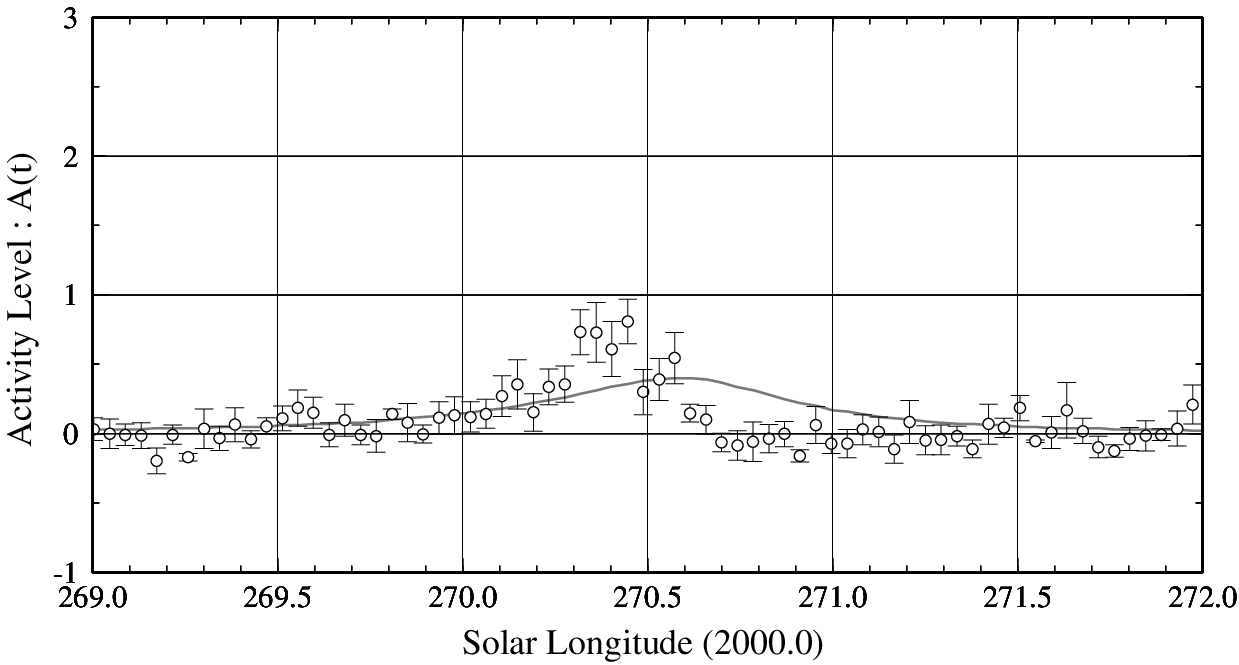 Table 1 – Activity Level Index (AL) and estimated ZHRr for the Ursids in 2021. 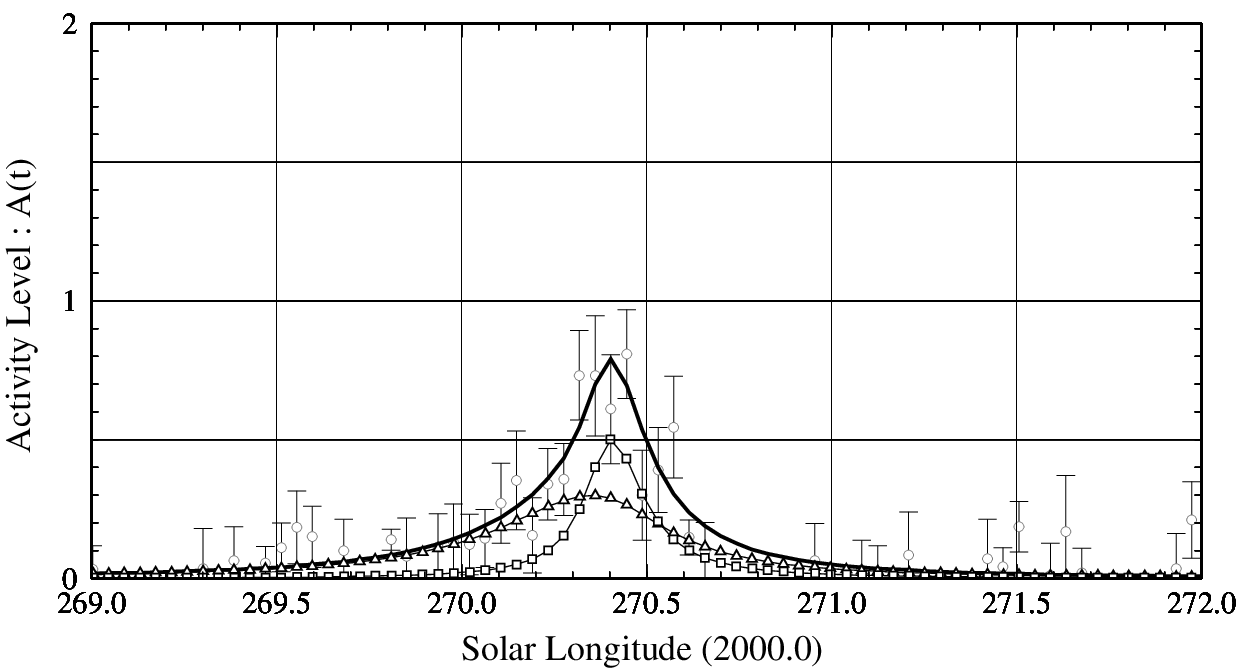 Figure 2 – Estimated Components using the Lorentz Profile. The curve with triangles represents URS21C01, the curve with the circles is URS21C02. The line is URS21C01 and URS21C02 combined. Circles with error bars are the Ursids observed in 2021.

Table 2 – Estimated components of the Ursids activity in 2021. 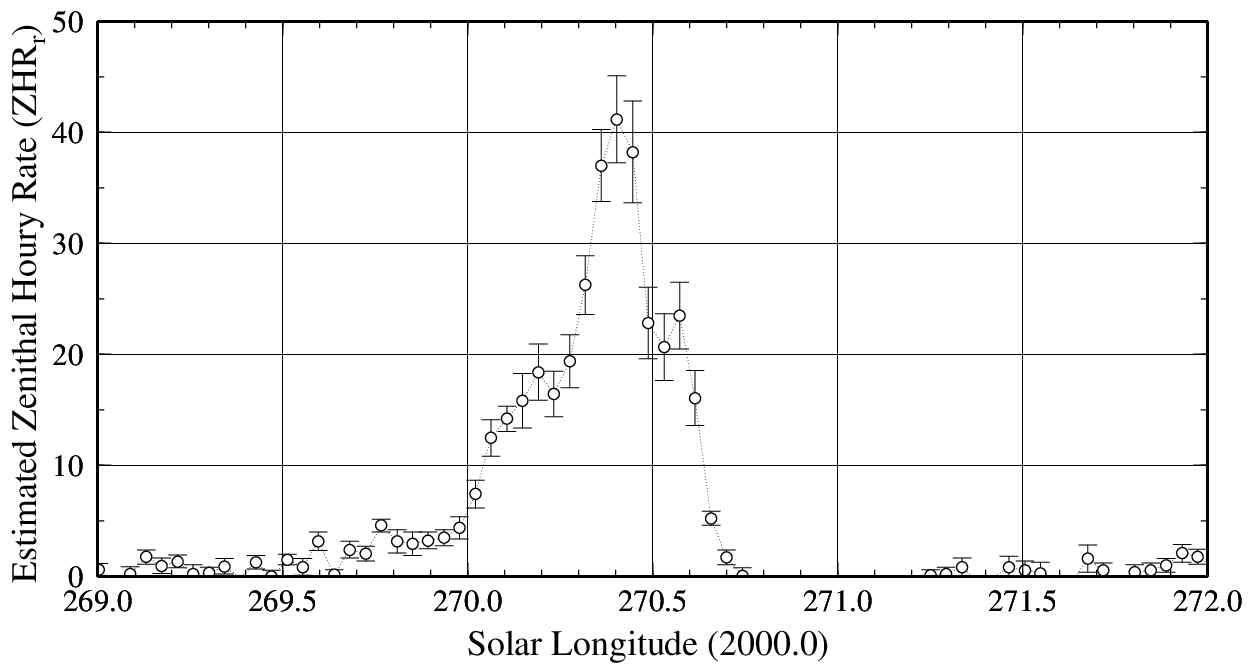 The worldwide data were provided by the Radio Meteor Observation Bulletin (RMOB). We thank the following observers for their contribution: