Abstract: For the first time since the start of the CAMS BeNeLux network, the Ursid activity could be monitored successfully. As many as 165 Ursid orbits were collected between solar longitude 268.7° and 270.3°. No outburst was predicted for 2021, the Ursid orbits recorded this year did not show a very compact structure like in 2020 (Roggemans, 2021a, 2021b).

Right in time for the Ursid maximum a high-pressure area dominated the weather pattern and resulted in clear skies over most parts of the BeNeLux.

Since the start of our network, collecting orbits during the Ursid maximum had always been hampered by cloudy skies. In the period 2012 – 2020 our network collected only 24 orbits during the night of December 21–22. Sixteen orbits in 2019, five in 2018 and three in 2015. In all other years, not a single orbit could be collected during this night. 2021 finally broke this ban, 559 orbits were obtained during this night. 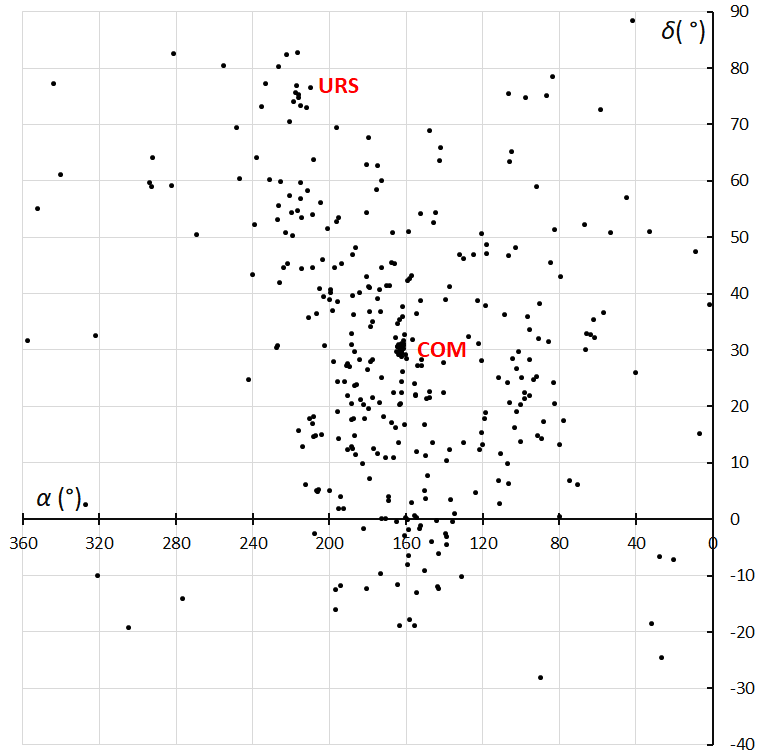 Figure 1 – All the 368 radiants plotted in equatorial coordinates during the night of December 20–21 (data CAMS BeNeLux). 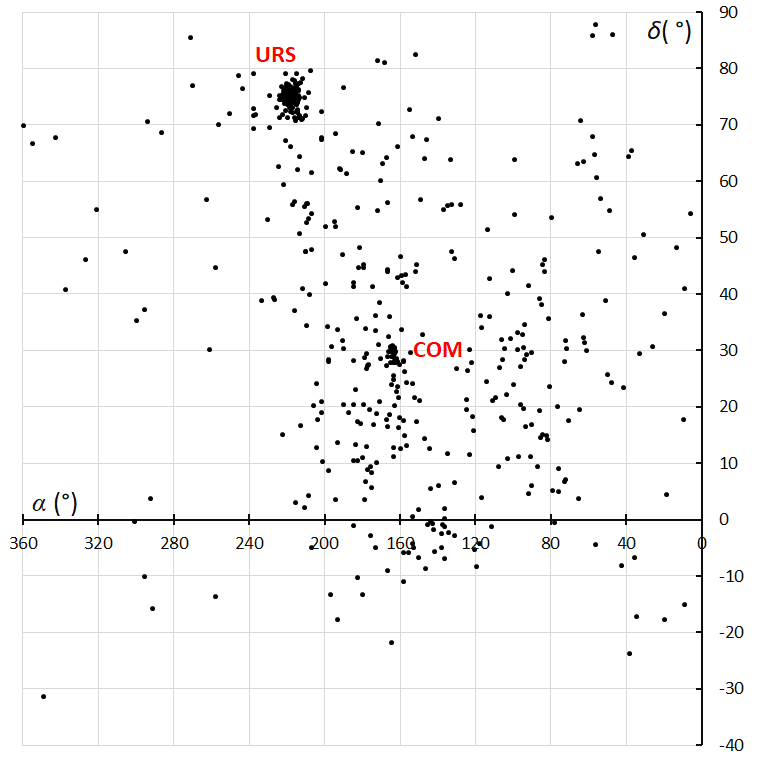 Figure 2 – All the 559 radiants plotted in equatorial coordinates during the night of December 21–22 (data CAMS BeNeLux).

From the 927 orbits, the author identified 165 Ursid orbits based on the orbit similarity criteria explained in Roggemans et al. (2019). Because the dataset is small, the author used the Ursid orbit given by Jenniskens et al. (2016) as reference orbit to identify the Ursids.

Using the similarity criterion DD of Drummond (1981), the author considered different classes of dispersion among the Ursid orbits. This helps to visualize the degree of dispersion and compactness within the meteoroid stream, and to compare the results of this year with those of 2020 given by Roggemans (2021a, 2021b).

The different classes of similarity are defined as follows:

In Table 1 the median values for 100 Ursid orbits with high threshold similarity (DD < 0.04) are compared with the results by Jenniskens et al. (2016) and with the parent comet 8P/Tuttle.

Figure 3 shows the radiant distribution in Sun-centered geocentric ecliptic coordinates to eliminate the radiant drift caused by the Earth moving on its own orbit around the Sun.

Figure 4 displays the same distribution but color coded with a gradient to show the variation in geocentric velocity vg (km/s). A gradual increase in velocity in the direction of the Apex can be seen. 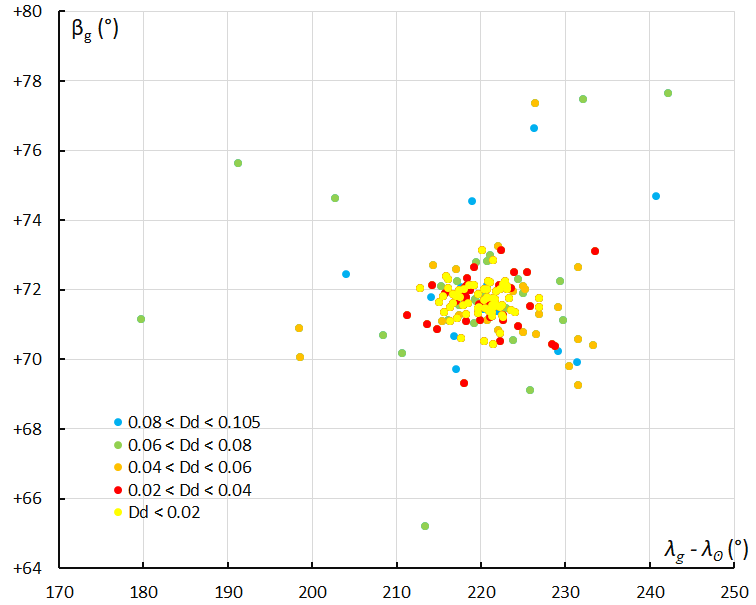 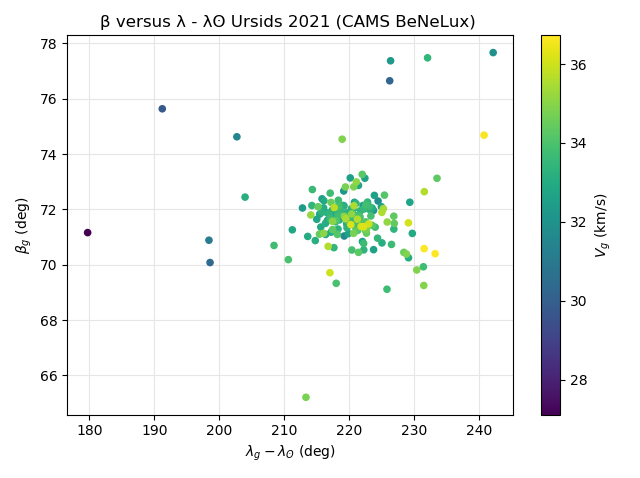 Figure 4 – The radiant distribution for all 165 Ursids fulfilling the Drummond similarity criterion DD in Sun-centered geocentric ecliptic coordinates color coded with a gradient for the variation in the geocentric velocity vg (data CAMS BeNeLux, 2021).

The distribution of the inclination i against the length of perihelion Π (Figure 5) shows a less compact concentration for a large majority of the Ursid orbits. This results from the dominance of a more dispersed annual component, unlike 2020 when the enhanced Ursid activity was caused mainly by a compact component with very similar orbits.

This dominance of a more dispersed annual component was also a reason to use the orbit given by Jenniskens as ‘reference orbit’ to identify the Ursids in this article. 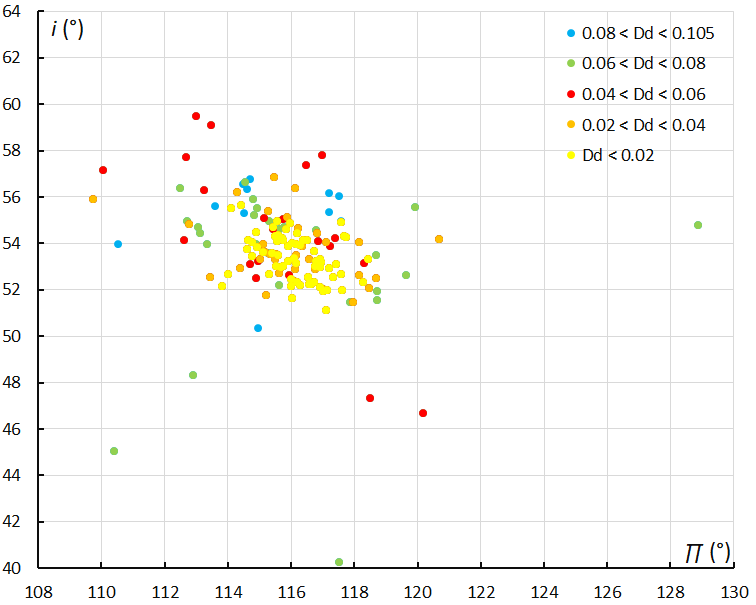 Figure 5 – The orbit distribution of Ursids with the inclination i against the length of perihelion Π (data CAMS BeNeLux).

When we look at the radiant distribution in Sun-centered ecliptic coordinates we see the fastest Ursids appear in the direction of the apex (bottom right corner of Figure 4) and slower Ursids away from the apex, as in Roggemans (2020a, 2020b). 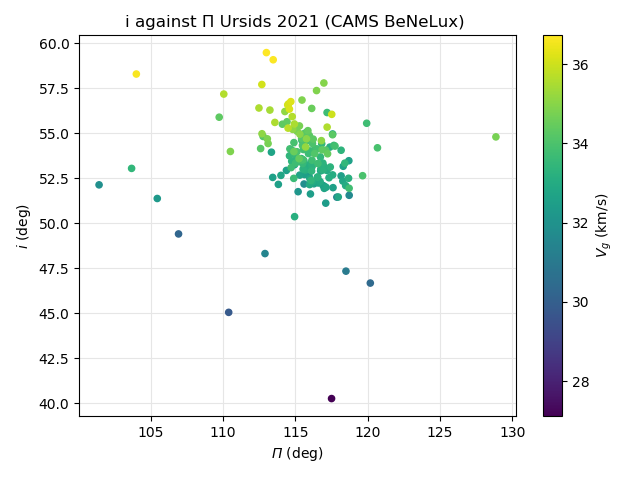 Figure 6 – The orbit distribution of Ursids with the inclination i against the length of perihelion Π color coded with a gradient for the variation in the geocentric velocity vg (data CAMS BeNeLux). 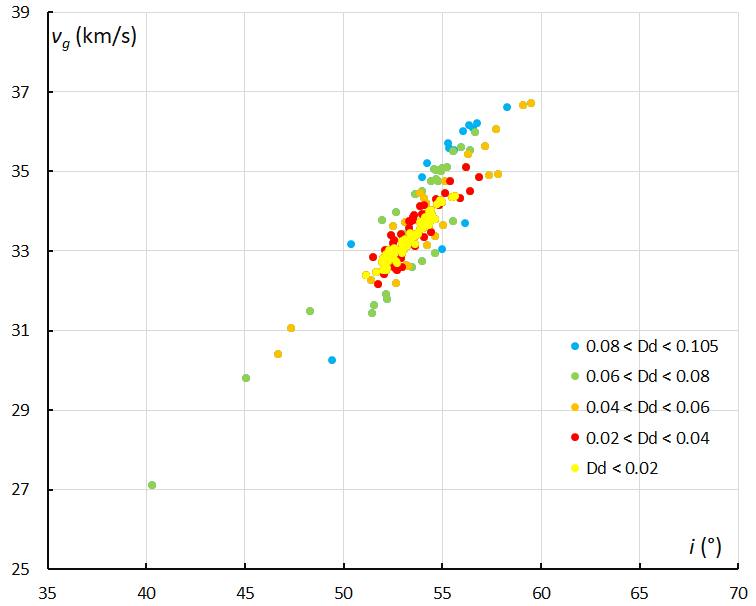 Figure 7 – The geocentric velocity vg in function of the inclination i (data from CAMS BeNeLux).

In Figure 7, a plot of velocity vg against inclination i, this is very obvious.

The activity of the Ursids in 2021 was caused by the annual component. There are no indications for any other compact components with very similar orbits.

The author wants to thank all operators of the cameras in the CAMS BeNeLux network for their continuous efforts for delivering data.