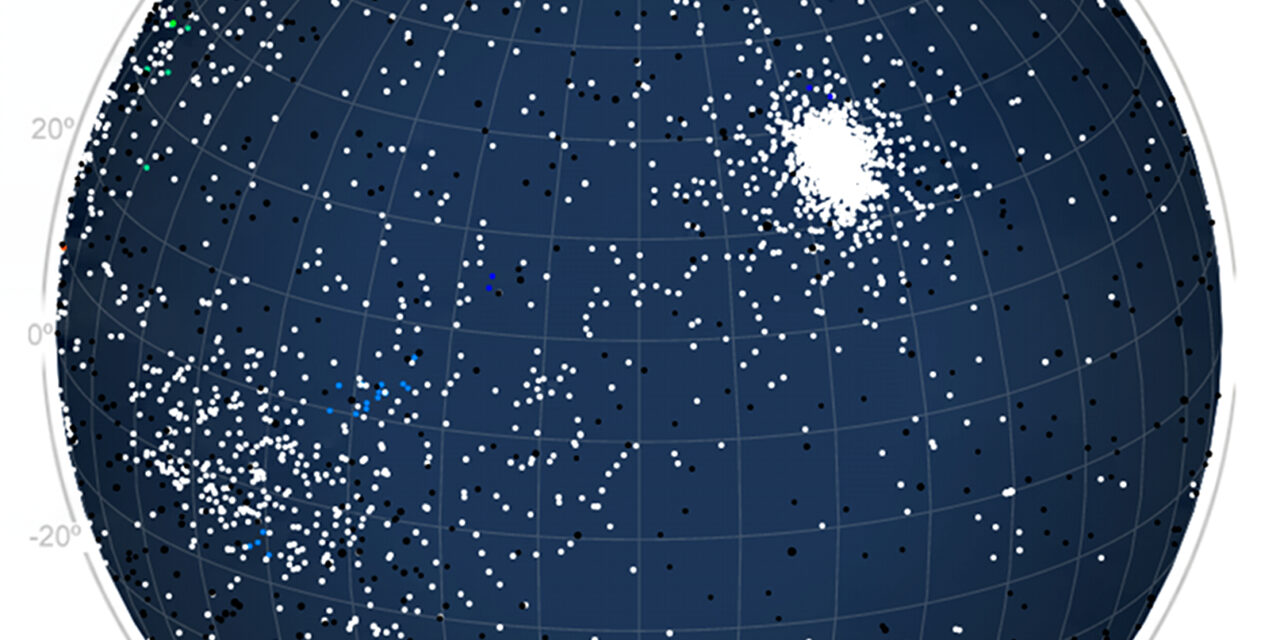 Abstract: Preliminary results from the global networks of the Cameras for Allsky Meteor Surveillance (CAMS) low-light video survey are presented from observations of the 2022 tau-Herculids outburst on May 27–31, 2022. The observations confirm the fundamental predictions of encounter time and duration with the 1995 debris from the breakup of comet 73P/Schwassmann-Wachmann and sets constraints on how much material evolved into positions along its orbit far enough ahead of the comet to be encountered by Earth.

A possible outburst of the episodic meteor shower tau Herculids (TAH #0061) had been predicted to happen on 2022 May 31 (Lüthen et al., 2001), peaking either at 3h52m or at 5h01m UT (Ye et al., 2022; Jenniskens et al., 2022). The outburst was expected to last about two hours and to consist of mainly faint meteors. The source of this expected outburst was the passage through the dust produced during the breakup of the parent comet 73P/Schwassmann-Wachmann in 1995. The fundamental uncertainty was how much debris was ejected in 1995 into orbits that placed it far enough in front of the comet in 2022 to be encountered by Earth, hence little was known about the expected zenith hourly rate. In addition to the encounter with the 1995 dust trail, two other dust trails produced at earlier returns of 73P would be encountered by the Earth, namely the 1892 dust trail on 2022 May 30 at 16h UT and the 1897 dust trail on May 31 at 10h UT (Wiegert et al., 2005).

Earlier reports were issued by Jenniskens (2022) and Jenniskens and Vida (2022), the latter also reporting on results from the Global Meteor Network. The global networks of the Cameras for Allsky Meteor Surveillance (CAMS) low-light video survey collected 2,244 tau-Herculid orbits. The radiant distribution is depicted on the website URL http://cams.seti.org/FDL/ after choosing the date of 2022 May 31.

The first tau-Herculid orbits were recorded by CAMS days prior to the expected outburst (Jenniskens, 2022). Starting with a few scattered tau-Herculids on May 27, a compact radiant formed on May 28 and rates subsequently gradually increased leading up to the peak on May 31.  During this time, the radiant of the shower shifted north and the geocentric speed increased (Table 1).

Table 1 – The radiant drift and the change in geocentric velocity during the passage of the Earth through the 2022 tau Herculid meteoroid stream.

There is a hint that the radiant jumped in position, suggesting that dust from several different returns was observed. However, it is not certain at present that the 1892 and 1897 dust trails were detected. The 2022 outburst is the first instrumentally recorded outburst of tau-Herculids that is well documented. The shower is absent in other years and prior encounters with dust trails in 2011, 2017 and 2019 only resulted in a combined 18 CAMS-detected tau-Herculids (Jenniskens, 2022).