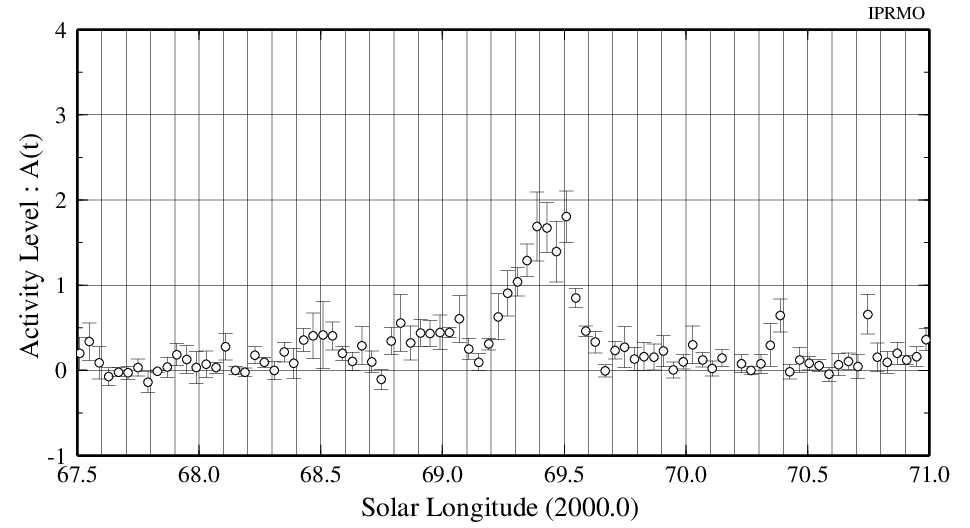 Radio meteor observations make it possible to observe meteor activity continuously even if bad weather interferes or during daytime. Besides, the problem with the radiant elevation is solved by organizing radio observing as a worldwide project. One of the worldwide projects is the International Project for Radio Meteor Observations (IPRMO). IPRMO uses the Activity Level index for analyzing the meteor shower activity (Ogawa et al., 2001).

For Europe and Japan, the 1995-dust trail encounter would appear in twilight time and daytime. The best observing method was radio meteor observations. IPRMO monitored the τ-Herculids activity during this year.

This research adopted two methods for estimating τ-Herculid meteor shower activity. One is the Activity Level Index which used by IPRMO (Ogawa et al., 2001). Another is the estimated ZHRr (Sugimoto, 2017). This index is estimated by using the Activity Level index and a factor named Sbas which translates to ZHRr. This method is very useful in the case of comparing to visual observations.

Since the geocentric velocity of τ-Herculids is very low with 16 km/s (Rendtel, 2021), it is necessary to consider the zenith attraction (Richardson, 1999). This research has considered to take this factor into account.

Figure 1 shows the result of the τ-Herculids 2022 based on the calculation of the Activity Level Index using 37 observing data from 11 countries. 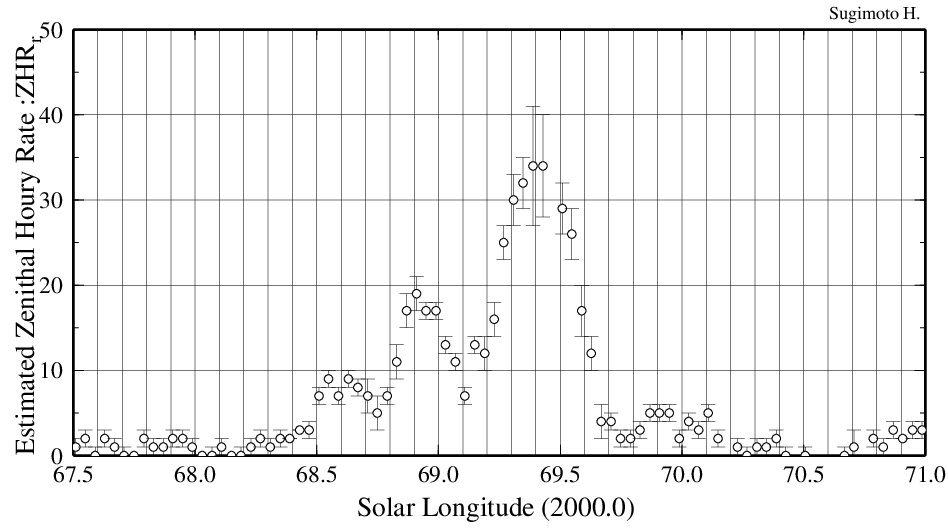 Figure 3 and 4 shows the activity components of the τ-Herculids 2021 estimated by using the Lorentz profile (Jenniskens et al., 2000). 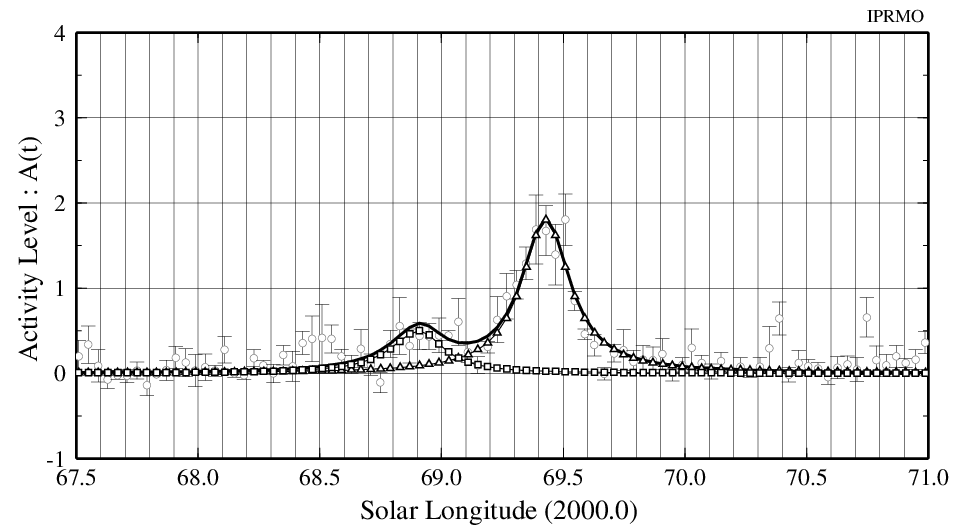 Figure 3 – The Activity Level: estimated components using the Lorentz profile (the curve with triangles represents TAH22C01, the curve with the squares is TAH22C02. The line is TAH22C01 and TAH22C02 combined. Circles with error bars show the τ-Herculid activity observed in 2022). 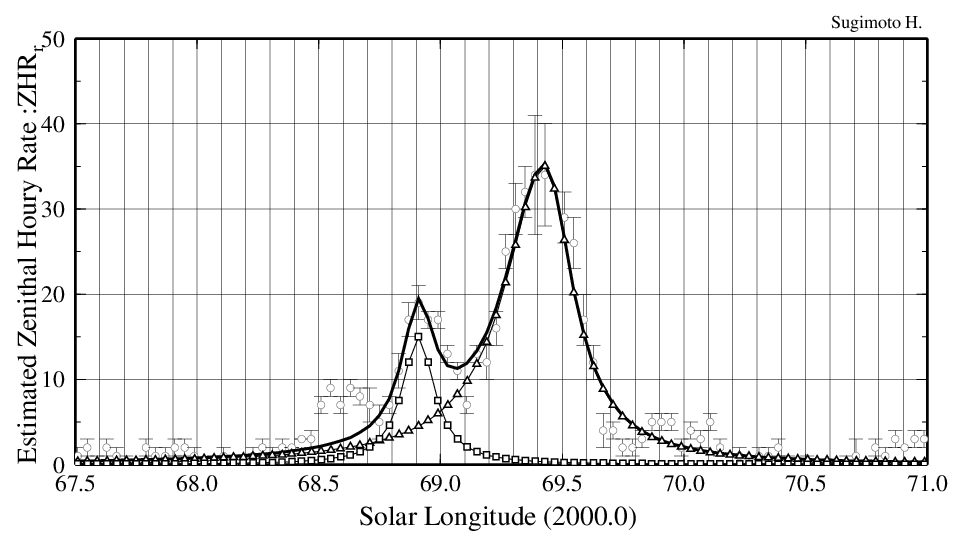 Figure 4 – ZHRr: estimated components using the Lorentz profile (the curve with triangles represents TAH22C1, the curve with the squares is TAH22C02. The line is TAH22C1 and TAH22C2 combined. Circles with error bars show the τ-Herculid activity observed in 2022).

It is possible that TAH22C1 relates to the meteoroids of the 1995 dust-trail. This research indicates that the peak caused by the 1995 dust trail occurred earlier than predicted, but no more than one hour. The TAH22C2 component on the other hand, might be caused by the 1892 or 1897 dust trail. These were predicted to occur between May 30, 16h and May 31, 10h (Wiegert et al., 2005).

Major meteor showers such as Quadrantids and Perseids show a lot of long echoes (strong overdense meteor echoes). During the period of the τ-Herculid outburst, however, there were few long echoes. It is possible that there were few bright meteors. Also, it could be due to the influence of the very slow geocentric velocity.

The observers who provided data were as following: