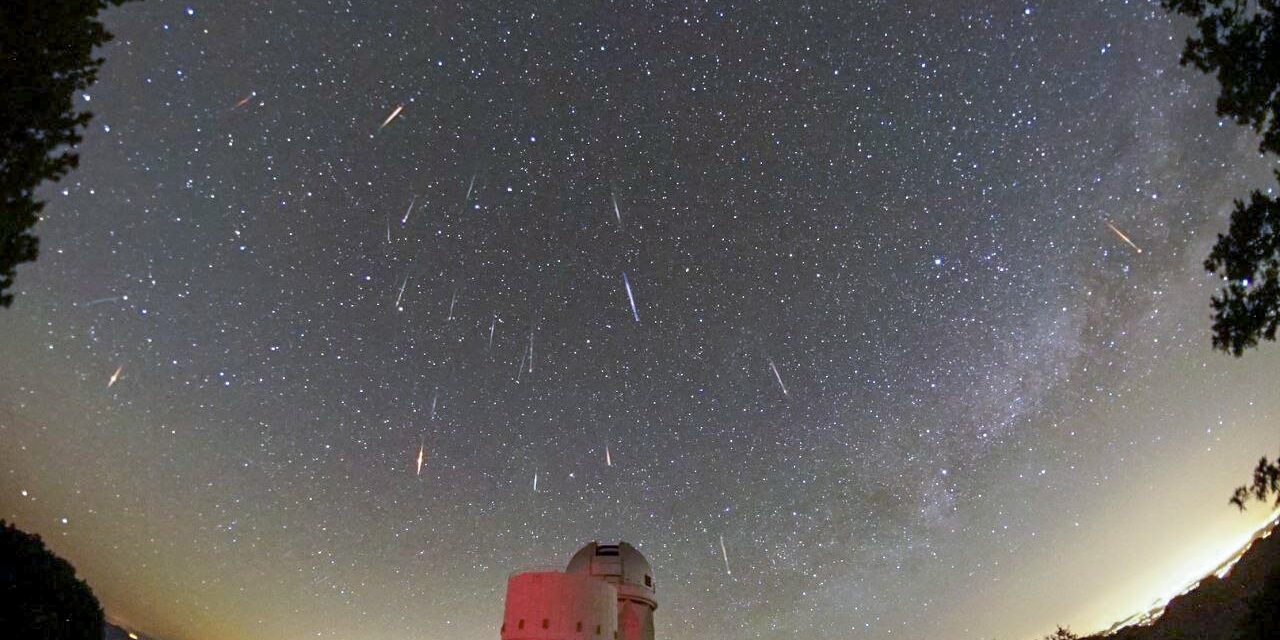 Figure 1. Beautifully composed 2.5 hour image of the tau Herculids outburst on May 31, 2022 over the famous Kitt Peak Observatory in Arizona. 19 tau Herculids and 4 sporadic meteors were recorded. In the foreground the building of the Bok 2.3 meter telescope and behind it the building of the 4.0 meter Mayall Telescope. Recorded by Jianwei Lyu. The image has also become APOD: https://apod.nasa.gov/apod/ap220601.html

On the night of May 30/31, 2022, a meteor outburst caused by dust from comet 73P/Schwassmann–Wachmann was observed from Europe and especially America. This article is based on calculations from the visual observations reported to the International Meteor Organization. The results are also compared with CAMS and radio observations.

In 1930, astronomers Arnold Schwassmann and Arno Arthur Wachmann discovered a comet while searching for asteroids. The comet was then 9.3 million km from Earth and completes one orbit around the Sun in 5.4 years. However, after this discovery, the comet was not seen for a while. This may have been due to a bad geometry relative to the Earth during perihelion, but it could also have been missed. The comet was rediscovered in 1979, but then missed again in 1985. In the fall of 1995, the comet was sighted again and found to be in outburst. Shortly thereafter, instead of one nucleus, four distinct nuclei, named “A”, “B”, “C”, and “D”, were observed. Since fragment C was the largest, it is believed that this fragment was the original large cometary nucleus. The next (unfavorable) appearance of comet 73P/Schwassmann–Wachmann was in 2000/2001, only fragments C and B were observed, which were brighter than expected.

The disintegrated comet made its next return to the inner regions of our solar system in 2006. It was a spectacular appearance that showed how comets come to an end. Initially, astronomers reported the two large fragments B and C and six smaller fragments G, H, J, M and N. But in the end 68 fragments were counted. Spectacular images from the Hubble and Spitzer Space Telescopes showed the fragmentation process in detail. Large and small pieces break off from the mother’s body and the then smaller fragments fall apart again. During that appearance, the author was able to observe the comet visually and photographically on several dates with an 80 mm telescope. 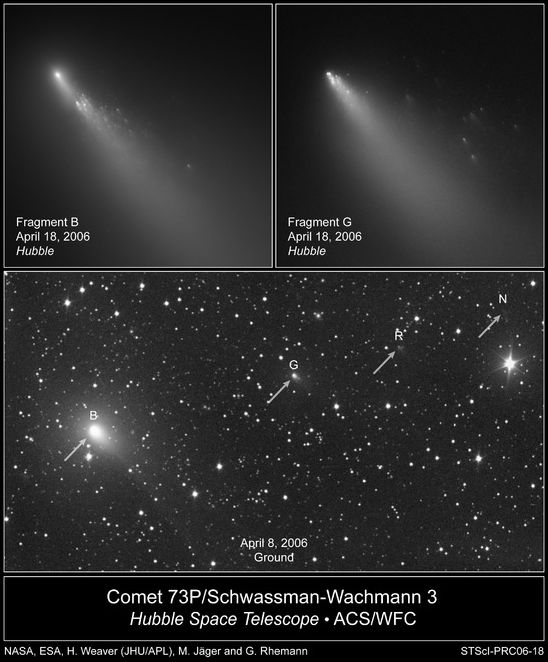 Figures 2, 3, and 4. These beautiful images from Hubble (above) and Michael Jäger and Gerald Rhemann
shows the disintegration process of Comet 73P/Schwassmann–Wachmann.

Because the comet’s orbit is close to Earth, several astronomers independently made predictions for meteor activity from this comet. However, no real evidence of meteor activity has been found in the past from a radiant near the star tau Herculi. The first hopeful model calculations showed that a meteor storm could possibly occur on May 31, 2022 from a radiant northwest of the bright star Arcturus in Bootes [Lüthen, 2001]. But some activity from the tau Herculids was also predicted for 2017, especially from the dust trail of 73P from 1941. Indeed, on the night of May 30/31, 2017, the CAMS BeNeLux network captured five tau Herculids within an hour exactly from the predicted radiant position by [Johannink, 2017]. Also, visual observers active in late May early June sometimes report very slow meteors from Bootes. This gave hope for a good activity in 2022. The initially predicted meteor storm in 2022 was later put into perspective by new model calculations: the expectations ranged from nothing at all to a few tens of tau Herculids per hour. However, due to the spectacular breakup of 73P/Schwassmann–Wachmann, some researchers expected [e.g., Rao, 2021] that there was a good chance for a meteor storm. It was mentioned that much would depend on the speed at which particles were released from the parent body 73P in 1995. The dust trail from 1995, the year of the first major break up of 73P/Schwassmann–Wachmann should be the largest supplier of activity, but also older dust trails could give some activity. Ultimately, the independent model calculations for the dust trail of 1995 yielded the following results as described in the IMO Meteor Shower Calendar [Rendtel 2021]:

These would mainly be weak meteors, because the tau Herculids have a very low entry speed of 16 km per second. The times mentioned were very favorable for Central and North America. In Europe the Sun is already above the horizon at the times mentioned, but it is possible that the rising flank of the outburst would be visible in Europe. Because there are multiple dust trails from the various fragments of 73P/Schwassmann–Wachmann near Earth, the IMO meteor calendar called for tau Herculid observations between May 28 and June 1. For example, two dust trails from 1892 and 1897 are mentioned that could give some activity on May 30, 2022 around 16 UT and May 31, 2022 around 10h UT respectively [Wiegert, 2005].

On May 30, 2022, Peter Jenniskens reported on Meteornews (Jenniskens, 2022a) the first detections of tau Herculids on May 27, 2022 by the CAMS global network. And also, the GMN network and the CMOR radar clearly detected activity of the tau Herculids. Radio observations (Ogawa, 2022) also show clear activity. Visual observers reported several to many tens of tau Herculids per hour in Europe and America [e.g., Martin, 2022; Miskotte, 2022]. This article presents the results of an analysis based on visual meteor observations reported to IMO up to June 25, 2022. The data is also compared with CAMS and radio observations.

A number of European observers have taken the initiative to do observations from America, including Thomas Weiland, Sirko Molau, Javor Kac and Francisco Ocaña González. Via the website of the International Meteor Organisation (https://www.imo.net/members/imo_live_shower?shower=TAH&year=2022) the observational data could be checked on location and possible errors. When entering the observations, it was immediately checked whether the data met the known requirements. These requirements are:

Next, the magnitude distributions were checked for the following requirement:

The astronomers’ model calculations indicated that it would mainly involve many faint meteors. Indeed, many observers in the field noticed this. Nevertheless, a number of bright tau Herculids were also seen, as Mark Adams observing from Virginia counted two tau Herculids of -2 and one -3. Pierre Martin also saw a few bright tau Herculids from Canada: “The Tau Herculids seemed to be very fragile, delicate meteoroids — many extremely short paths. The brighter ones often had multiple flares and terminal flashes. The brightest Tau Herculids reached -3 and displayed thick wakes that seemed “sparkly” (fragmentation)”. Javor Kac was the only visual observer to observe a Tau Herculid fireball, which had a magnitude of -6. Astronomer Pavel Spurny reports that the Czech all sky network has captured 16 Tau Herculid fireballs, the brightest even at magnitude -15 [private com Betlem].

The population index r calculations seem to confirm that most tau Herculids were faint. Table 1 and Figure 5 give the results of these calculations.

A cautious conclusion is that the tau Herculids had a slightly decreasing population index r between λʘ 69.05 and 69.60.

The ZHR was determined as follows:

In addition, the radiant zenith exponent was set as γ = 1.0. The ZHR could be calculated using the population index r. In view of the activity shown, half-hour counts were chosen. Depending on how the observer provided his data, overlapping half-hour counts were used as much as possible. This is possible if an observer provides 10 minutes counts. The disadvantage is that observers who only provided counts on one subsequent 30 minutes have a smaller percentage in the processing than those who provided ten minutes counts. But the observational data shows roughly the same results, so there is a lot of confidence in the end result. Table 2 and Figure 6 give the results of these calculations.

In Figure 6 shows that there was clearly visually detectable activity in the nights around the maximum. The ZHR was always around 1 to 3. In Figure 7 we zoom in on the maximum more in detail.

If we compare the two peaks found with the predictions mentioned above, it is noticeable that the second peak with a ZHR of 58 coincides very nicely with the first prediction of Peter Jenniskens (May 31, 2022 04h55m UT), but of course it should be mentioned that all predictions were very close. 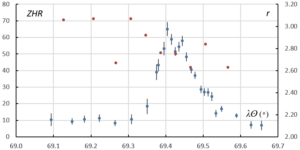 Figure 8. ZHR and population index r in one graph.

Comparison with radio- and CAMS observations

In an article in Meteornews Hiroshi Ogawa (2022) published results of the worldwide radio observations of the tau Herculids. Here the radio observations are converted to activity profiles such as activity index and radio ZHR. Although the observation techniques are completely different, there is a possibility to (carefully) compare the radio ZHR with the visual ZHR. The method to estimate the radio ZHR is described in (Sugimoto, 2017). In [Ogawa, 2022, see Figure 4) a graph provides a detailed picture of the tau Herculids outburst. The author recognized two possible structures here, one small peak around λʘ=68.9° falls in the time window in which dust from 1892 and/or 1897 meteors may be generated as predicted by Wiegert (Wiegert, 2005). The largest activity (the second peak) comes from the dust from the big break up of 73P in 1995. The graph has been remade by the author (see Figure 9) and the visual ZHR curve has also been added. Unfortunately, the first (fainter) peak around λʘ=68.9° cannot be confirmed visually, simply because there is no observational data from the period λʘ=68.8-69.0°. The second peak in the radio data coincides nicely with the peak found from visual observations, although the visual level is much higher visually. Radio and visual meteor observations are always difficult to compare, but the broad outlies are usually there.

Figure 9. Comparison between the activity of the tau Herculids estimated radio ZHR and visual ZHR.

The tau Herculids showed clearly observable activity in 2022. Based on visual observations, a maximum was found that appears an hour earlier than predicted. The ZHR was then 65 ± 4. A second slightly weaker peak with a ZHR of 58 ± 4 was found at the correct time. Comparison with radio and CAMS data gives comparable maximum times.

In addition, a word of thanks to Carl Johannink and Michel Vandeputte for proof reading the article. Thanks to Paul Roggemans for checking my English. Special thanks to Hiroshi Ogawa and RMOB for providing the radio data. 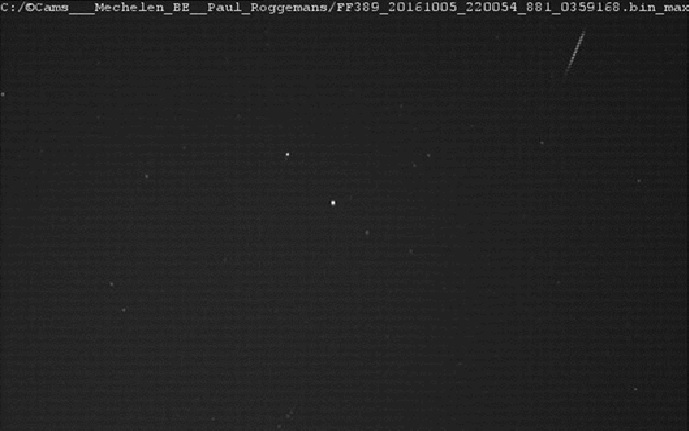