Impressive bolide over the Atlantic Ocean on 2 September 2022 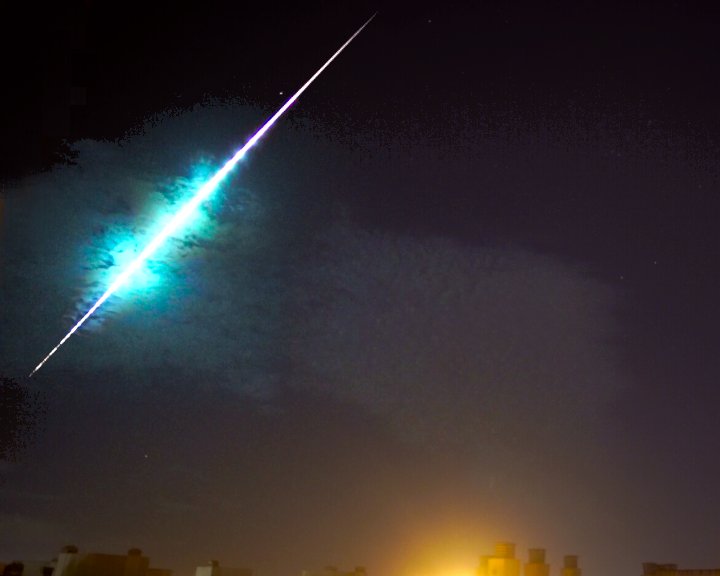 This stunning mag. -12 bolide was spotted over Spain on September 3, at 3:34:15 UT. The event was generated by a sporadic meteoroid following an asteroidal orbit that hit the atmosphere at about 57,000 km/h. The fireball overflew the Gulf of Cádiz (Atlantic Ocean). It began at an altitude of about 94 km over the ocean, over a point located at about 31 km from the coast of Spain. It ended at a height of around 38 km over the sea, over a point located at about 300 meters from the coast of the province of Cádiz (southwest of Spain).

This bright meteor was recorded in the framework of the SMART project, operated by the Southwestern Europe Meteor Network (SWEMN) from the meteor-observing stations located at Huelva, La Hita Observatory (Toledo), Sierra Nevada, La Sagra Observatory (Granada), and Sevilla. The event has been analyzed by the principal investigator of the SMART project: Dr. Jose M. Madiedo, from the Institute of Astrophysics of Andalusia (IAA-CSIC). 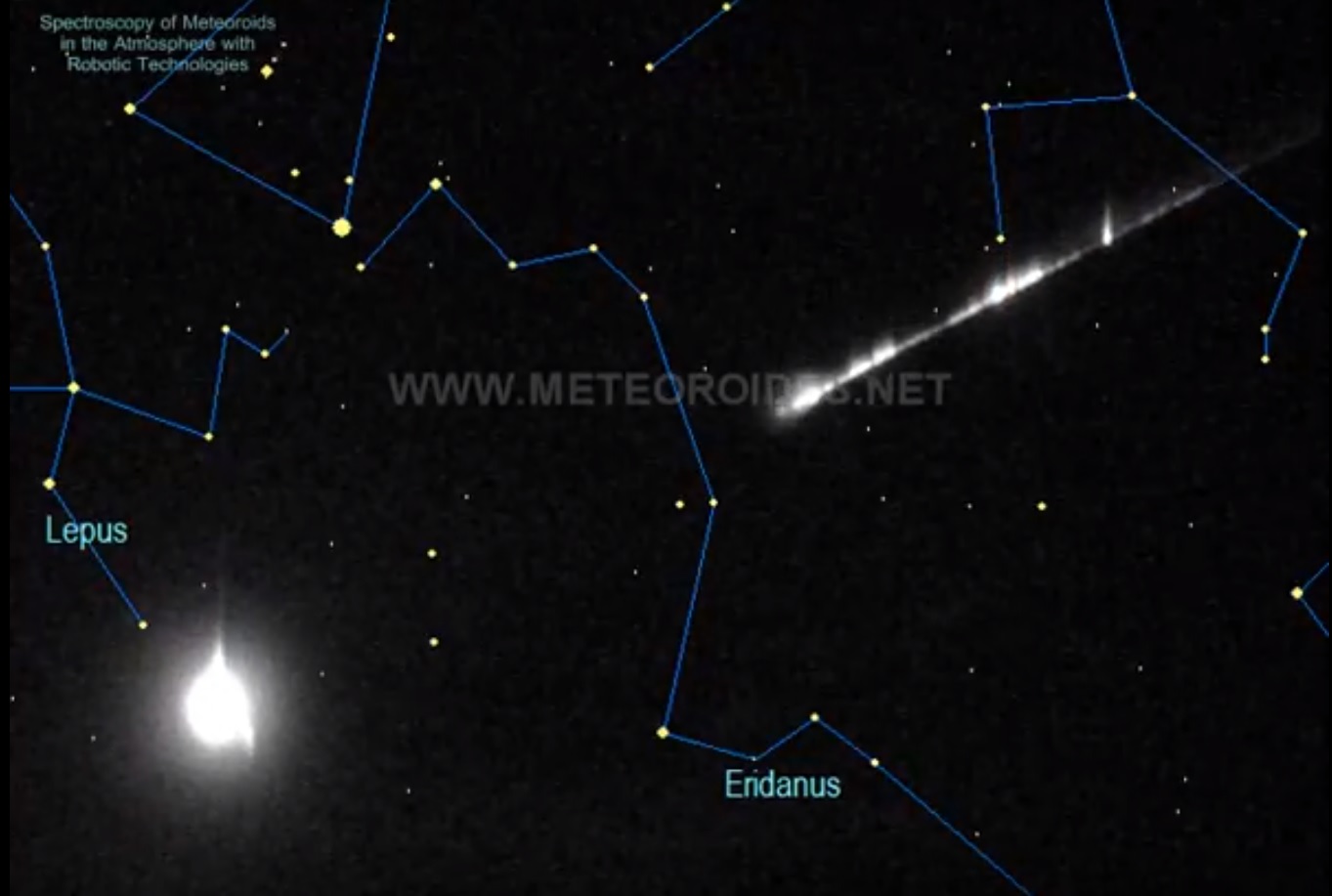 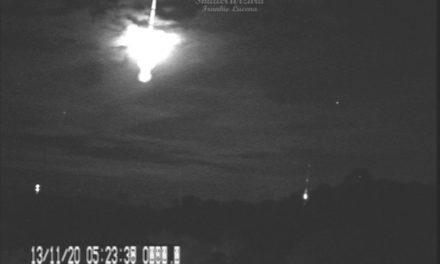 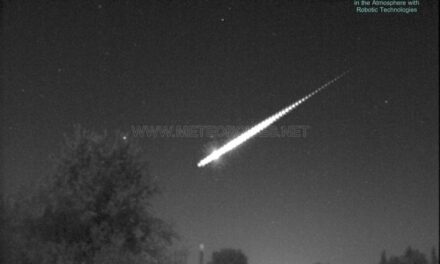 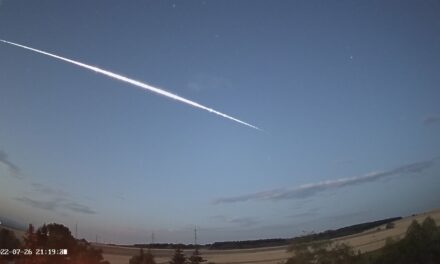